I will let the photos do the talking for the bittersweet goodbye of our Kona Condo and our island hopping 30 minute plane trip. I will spare you the nauseating details of how Elise vomited all over herself and her car seat and the rental car on the 45 minute car ride from the condo to the airport just before island hoping. And I won’t share in too much detail of how the emergency Febreze we bought at WalMart didn’t mask the stench of curdled milk vomit on the carseat only added a floral scent to the reek of the van. Oh wait, maybe I didn’t actually spare you anything. What can I say? Misery loves company.

Since I already have you gagging at your computer, how about this. She threw up 3 times before we boarded the plane! Yeah vacation!

After an emergency carseat, vomited covered clothes rinse at the neighborhood Hawaiian McDonalds (who, I must add, advertised their “local breakfast” of Spam and Eggs with billboard sized signs all over the side of their building!) and the trip to WalMart for the above mentioned Febreze and a few more cans of spray on sunblock (every twenty-first century mom’s favorite invention) and a few more pounds of snacks we finally reached the airport.

A very kind airport luggage assistant earned a crisp twenty from me for helping Beth and me and the three kiddos move our 200+ pounds of luggage, carseats and carry-ons  from one end of the check in street (everything is outdoors at the Kona airport so the check in dock was just a long street filled with confused tourists) to the other end because of an honest ticket mistake made by Tim. Yeah I am sending out the blame on this one. Tim and the confusing scripted ticket are at fault. Whatever. The lady helped us. In fact she even made it possible for us to jump line (totally worth the $20) and helped us repack our over 50lb limit bags so we could actually check our luggage and not have to fedex it to the island a puddle jump away.

After we loaded the plane everything was better.

Oahu is incredible and we have 1,000 plus photos to prove it.

Here are a few of our favorites.

We stayed at the Aulani Disney Resort and this was the view from our three rooms. 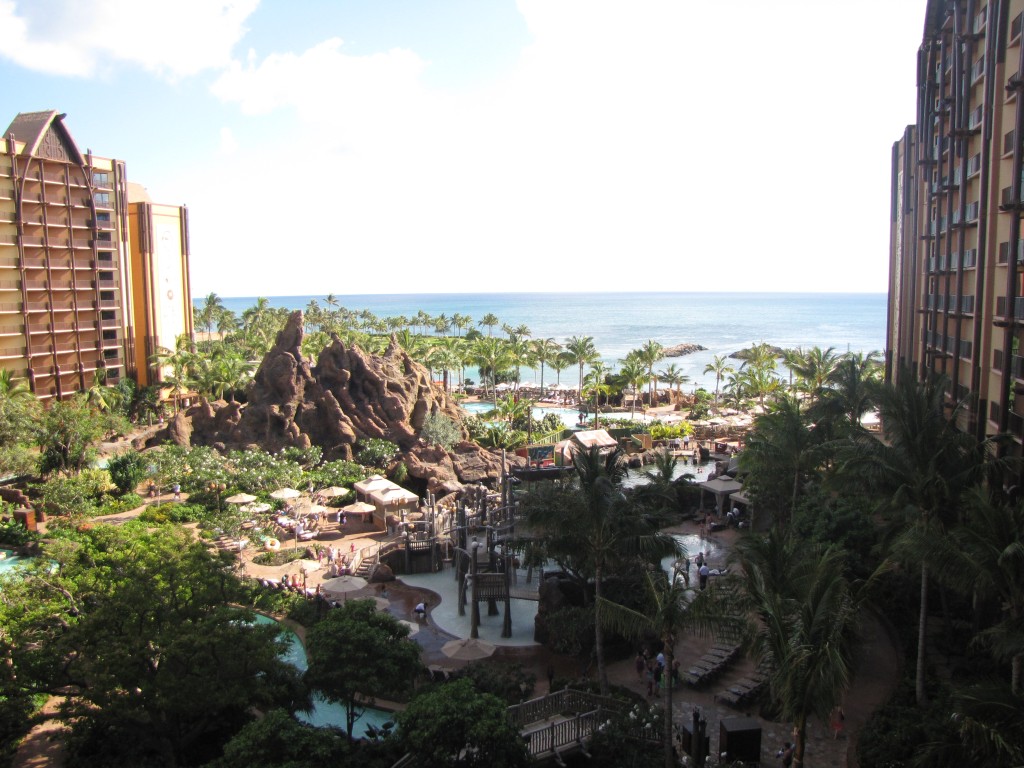 The boys and Beth went down and enjoyed the water park while Tim bathed his vomit stench princess and I washed all the vomit covered clothes in the kids’ bathroom sink (travel tip- bring small container with liquid laundry soad when ever you travel with kids. This container took up little space and saved us from traveling with the stench of vomit! Yeah for liquid laundry soap!) 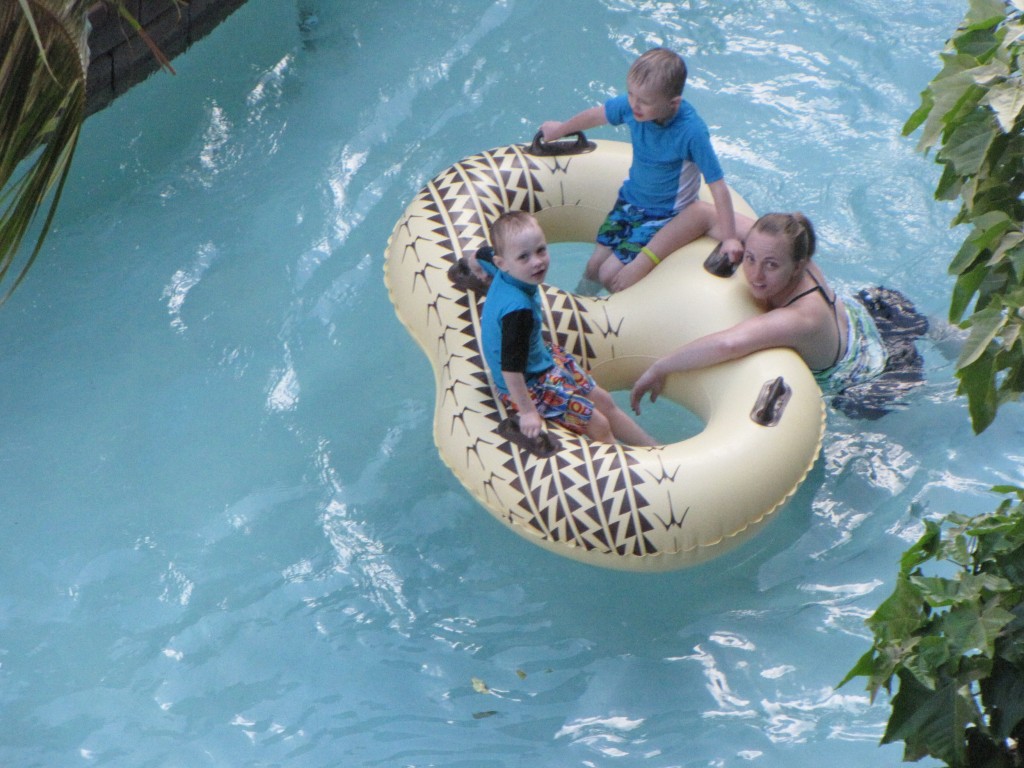 Beth ordered room service that night and stayed with a sleeping Elise while Tim, the boys and I went to the Hawaiian Luau welcome reception.

The following day we ate and swam and ate and splashed during the day while Tim was at meetings. That evening Beth and the kids went to a movie/fun night hosted by Disney characters that didn’t show up until after the kids went to back to the room to order more room service. While Michael enjoyed the spoiled life of food being delivered to his hotel room, I threw my diet and self control out the window when my formal dress zipped up (with room to spare!) .  Tim and I went out dressed to the nines and enjoyed an incredible dinner with loads and jugs of fantastic wine. 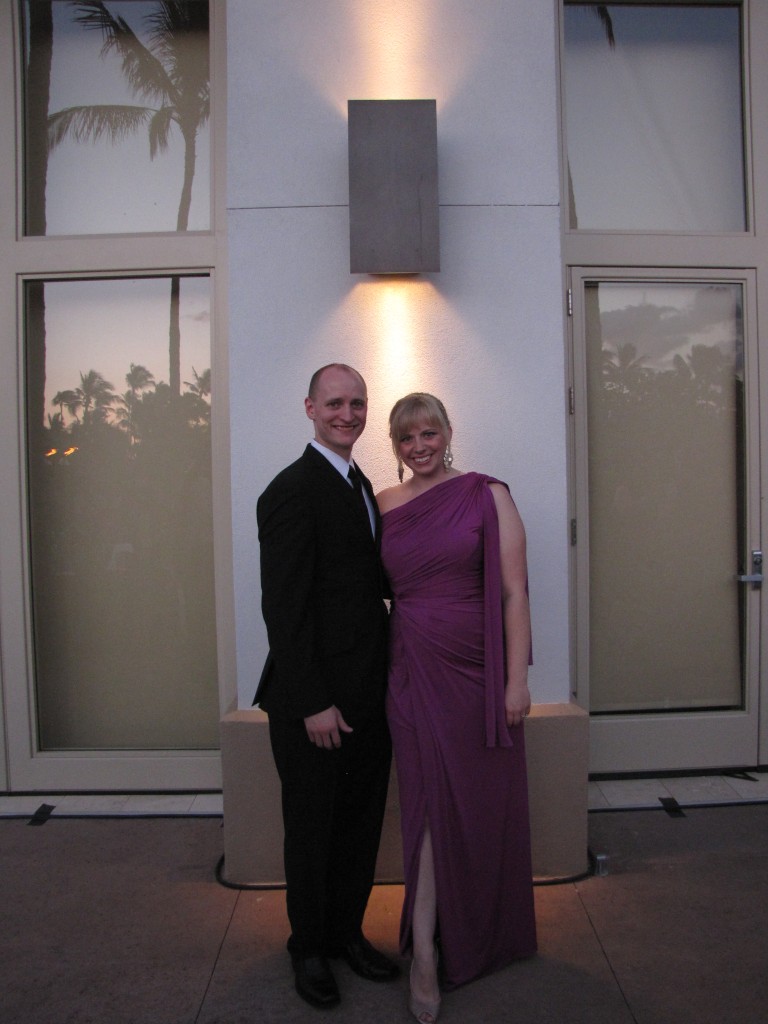 Make sure to check out how awesome my hair looked. I am feeling pretty vain about the job I did with a few bobby pins and a yard and a half of gold dress trim. And here I thought all those years of theatre were a waste of time. I never could have done that ‘do without all those hours of practice in the green rooms of theatre across North Dakota!

We did more swimming and eating and splashing and eating the next day. We even ate lunch next to the shark/manta ray pool and lucked out because it was their lunch time too! We watched a Marine Biologist feed the sharks and manta rays to the squealing delite of the boys AND Elise.  This time we actually ventured past the resort’s incredible water park and into the ocean again. We played there until sunset. 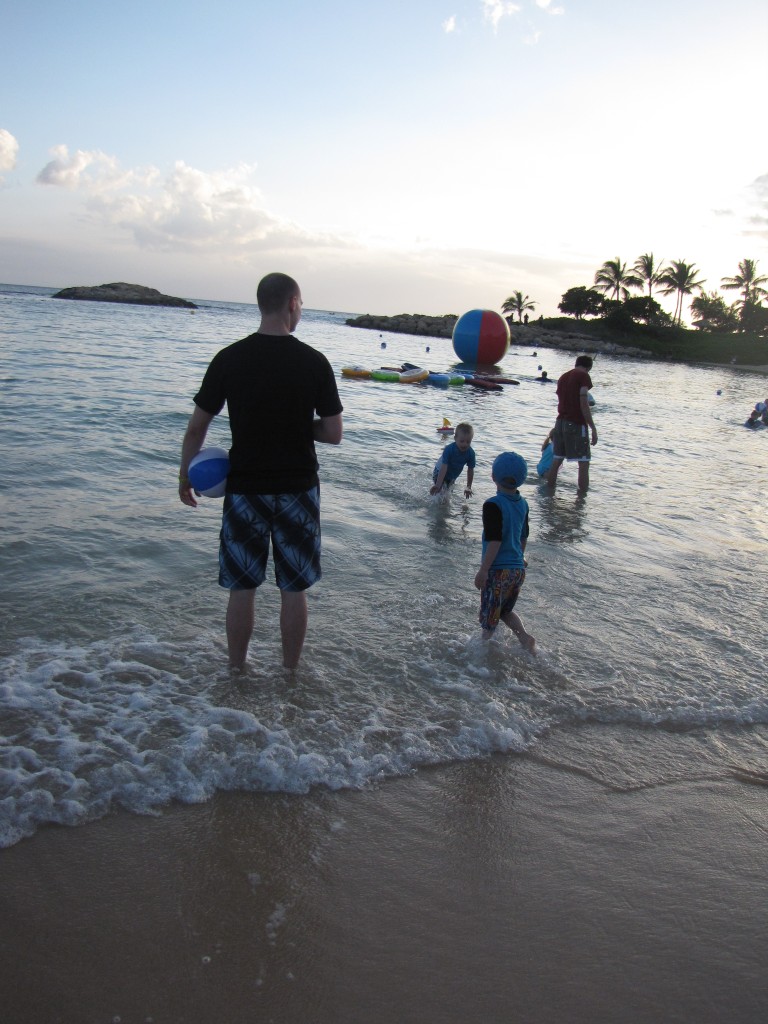 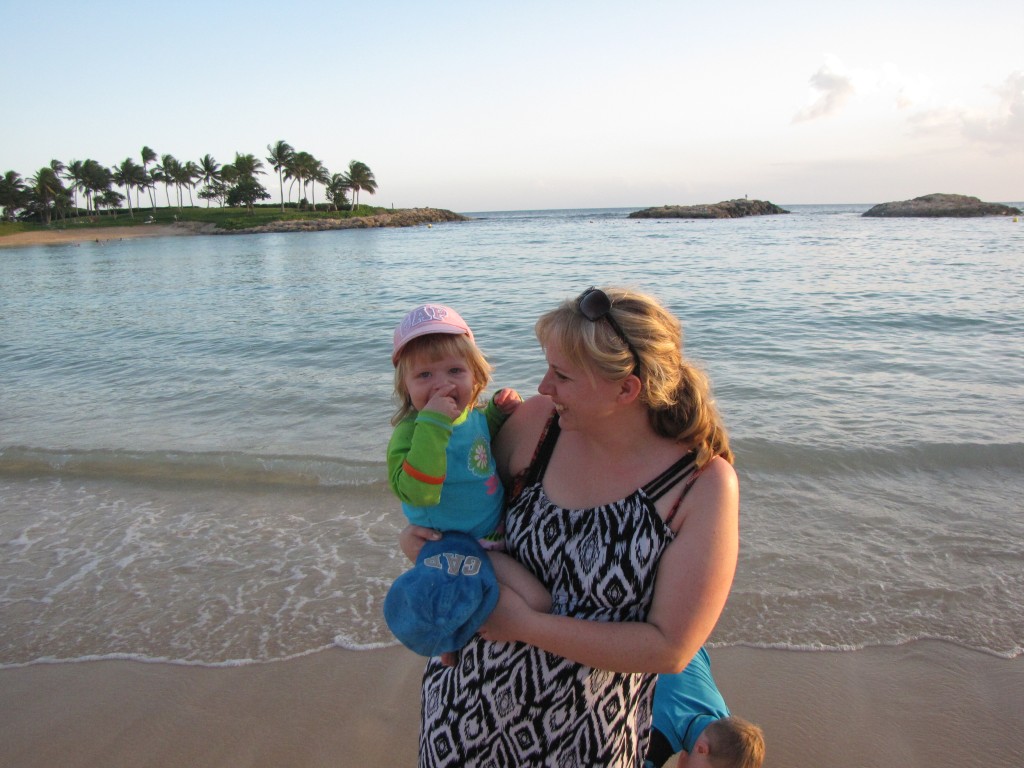 Patrick and Michael participated in a duck parade. 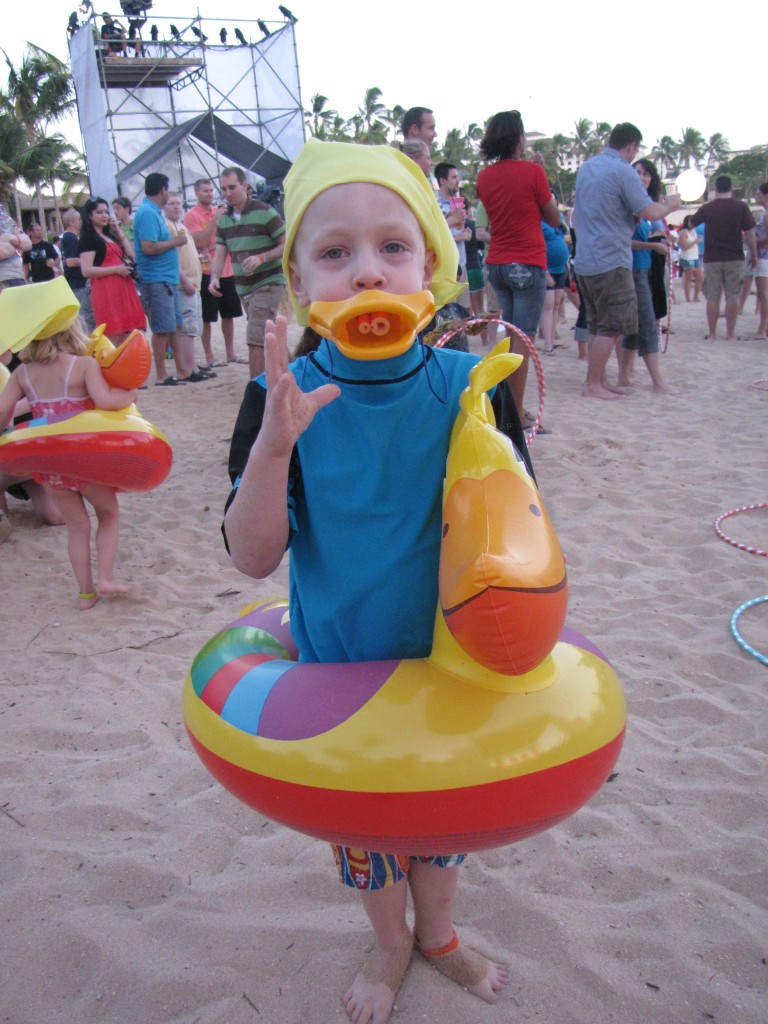 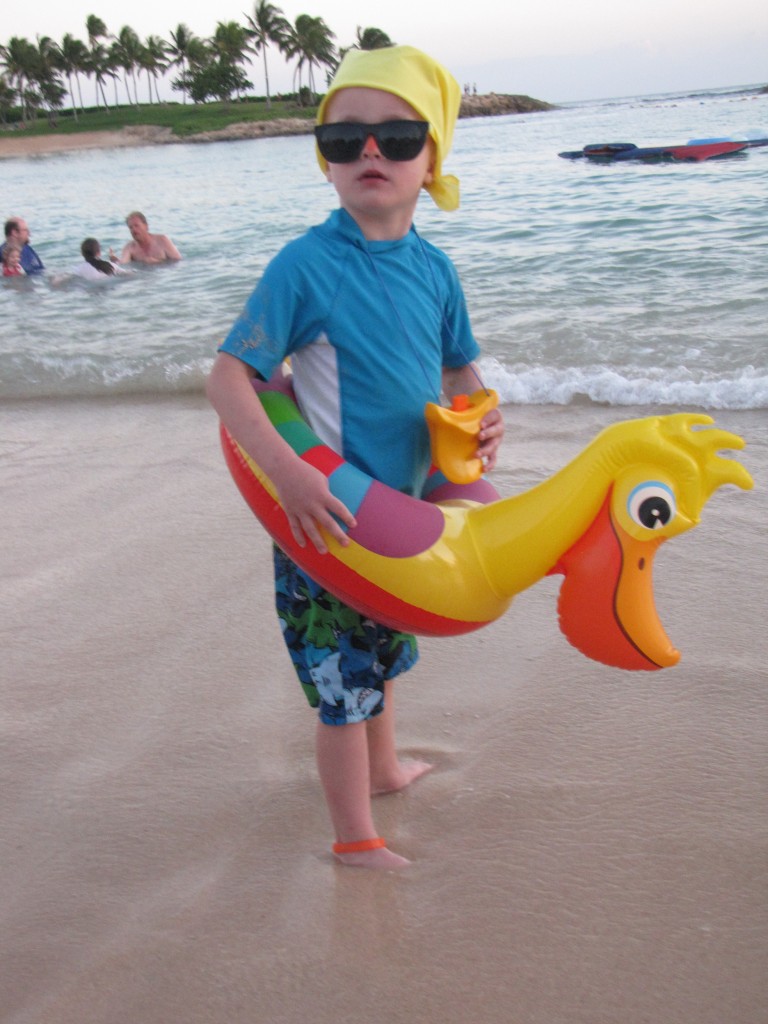 Tim bathed the kids and put them down while Beth and I enjoyed a private concert and some fireworks (and a few drinks! Hooray for sister time!) 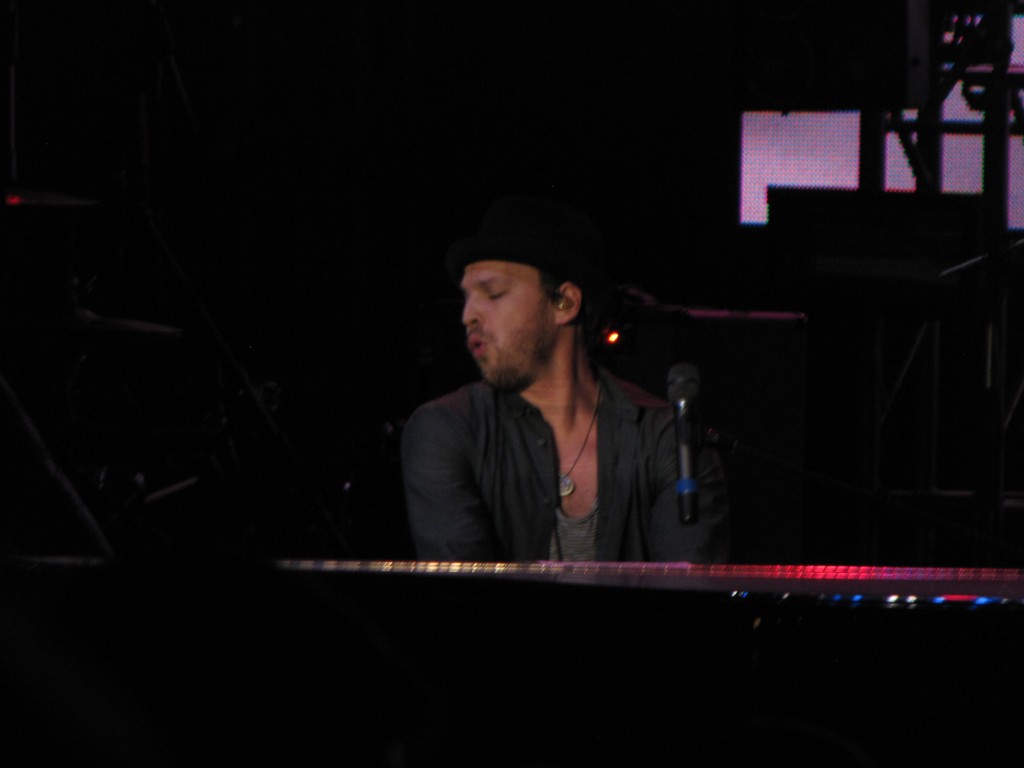 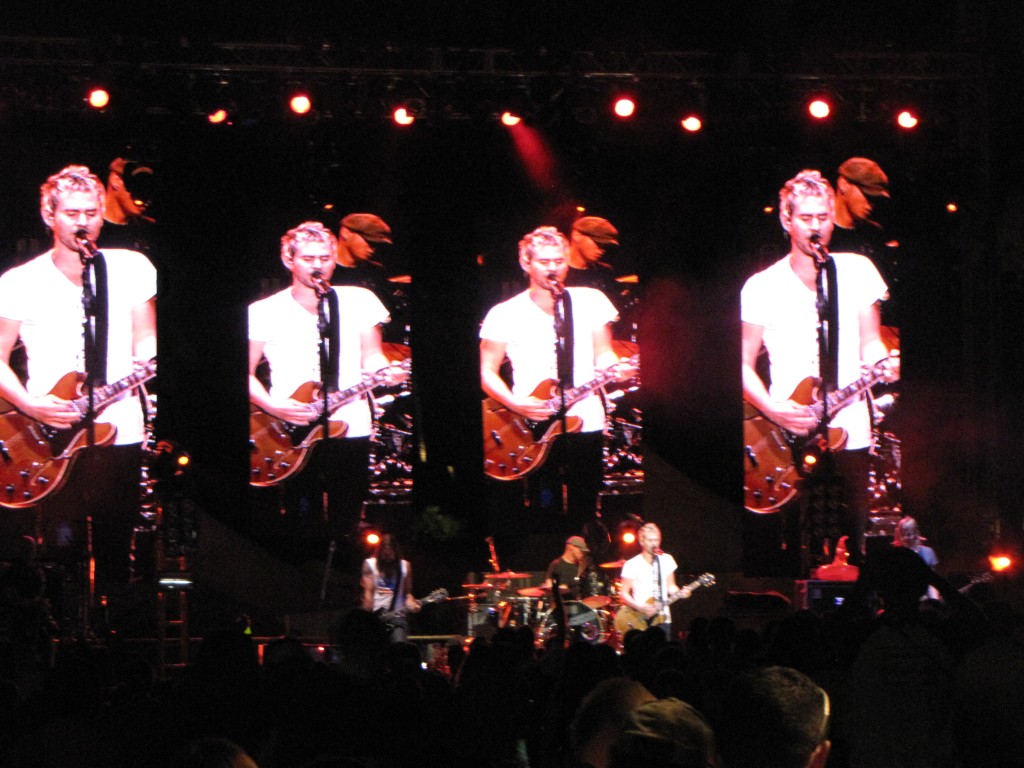 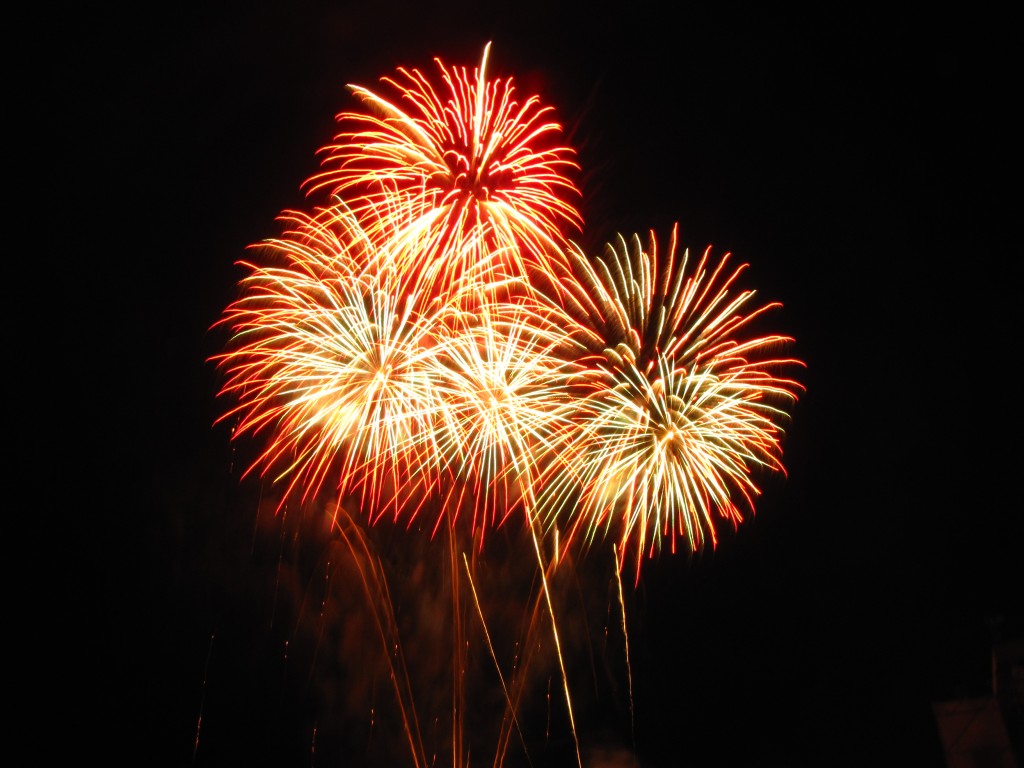 The following day (Day 8 and final full day in Hawaii) Tim and I went to Pearl Harbor which deserves a post all its own and maybe if you nag him enough Tim will do that for you all. After touring the Arizona memorial and  crossing the most interesting bridge to Battleship Missouri we came back just in time to splash in the water park for a couple hours and enjoy the Hawaiian sun. Big news on this day? Michael braved the water slide. It took 4 days of watching Patrick slide down with a smile the size of a slice of watermellon for him to work up the courage, but he did it. We were all so proud of him but no one was more proud than Michael himself. 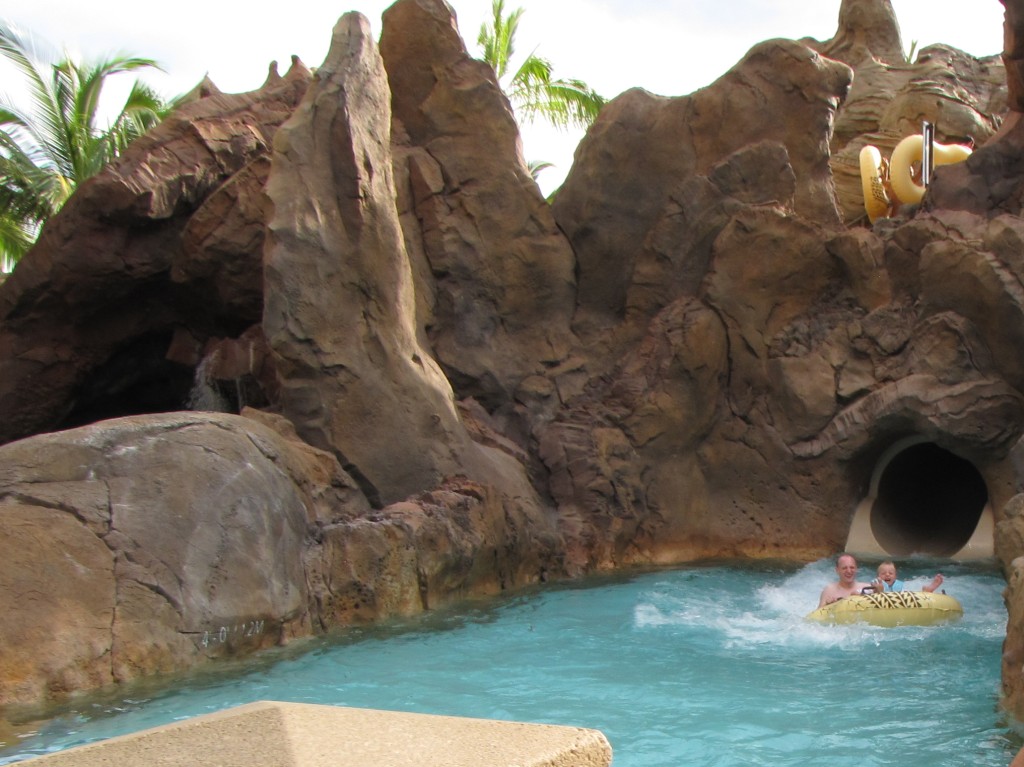 The following day we said Aloha to Hawaii and headed home. It was time. The vacation was incredible but it was time to go home. We missed our beds and I missed my dog. 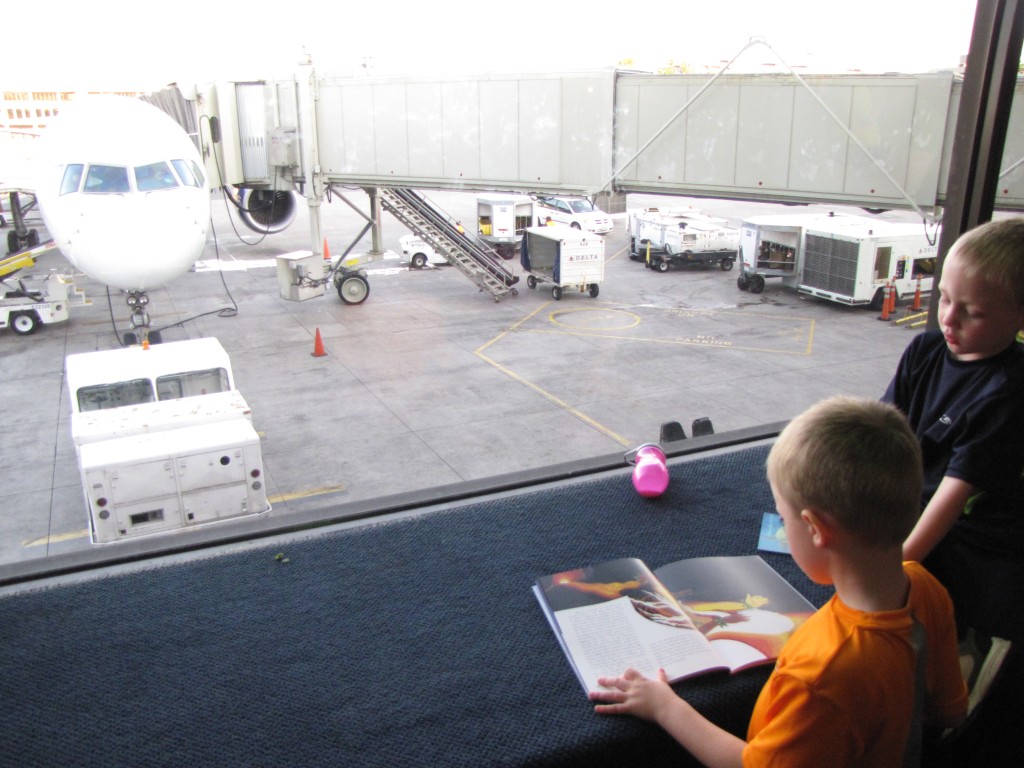 And here are the rest!