We live 5 1/2 hours from the closest relative. It isn’t too far, but it is far enough that we don’t make it to all the birthday parties.

Michael and Patrick were bummed about this fact so when the Shannons came to visit in May, we made a cake to celebrate all the missed birthdays. Michael, Patrick and Elise gave Zeke and Zach a water table for their birthdays so the cake was water themed.

Not the best cake ever but when you have to fit Steve, Grandpa, Jon, Tim, Zeke and Zach all on one cake (We missed Rachel’s birthday too but Rachel didn’t come down for the weekend so while she may have been with us in spirit, she wasn’t with us in person so she didn’t make it onto the cake.) there isn’t a lot of room for anything else!

What follows is a story in pics that mostly revolves around water.

“NO SPLASHING!” was shouted pretty much non stop all weekend. 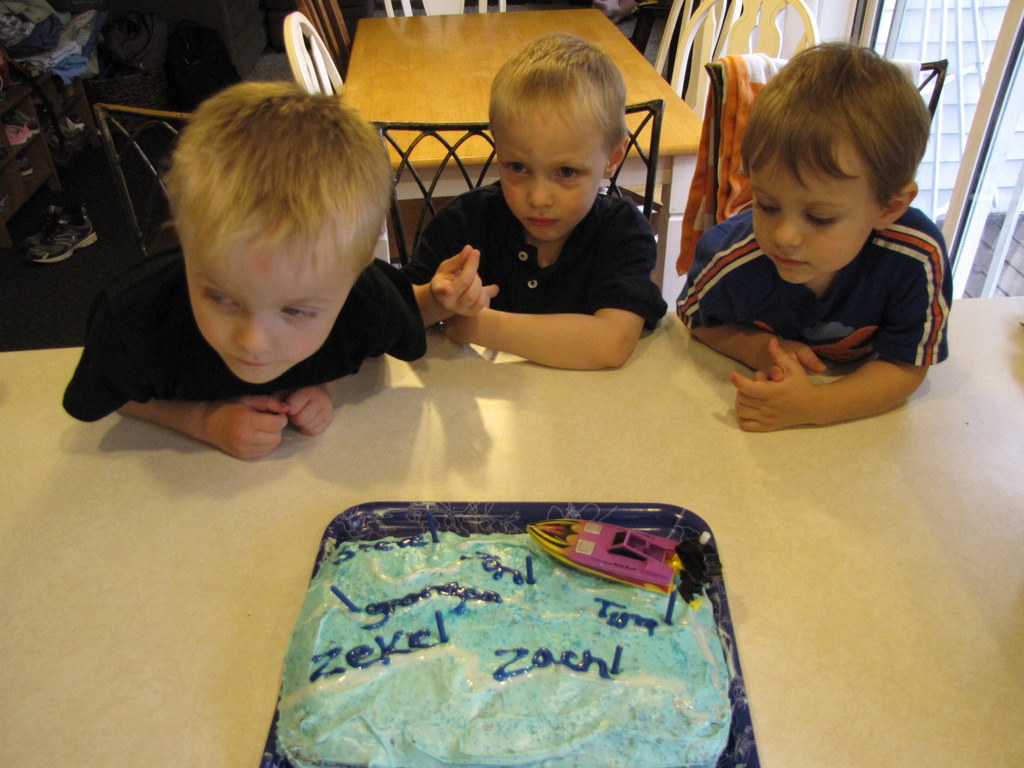 The table was a little more complicated to assemble than I thought it would be. Poor Zeke had to wait and wait and wait for his parents to put it all together. 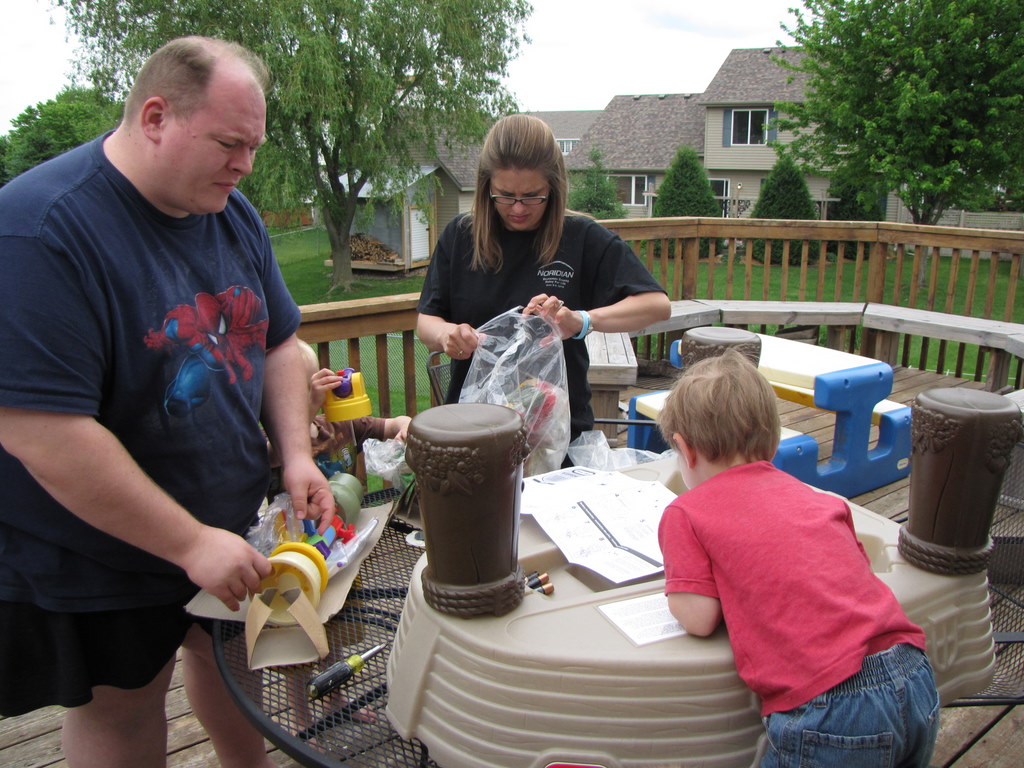 Zach passed the time by shoving as many crackers into his mouth as possible! That kid can eat! 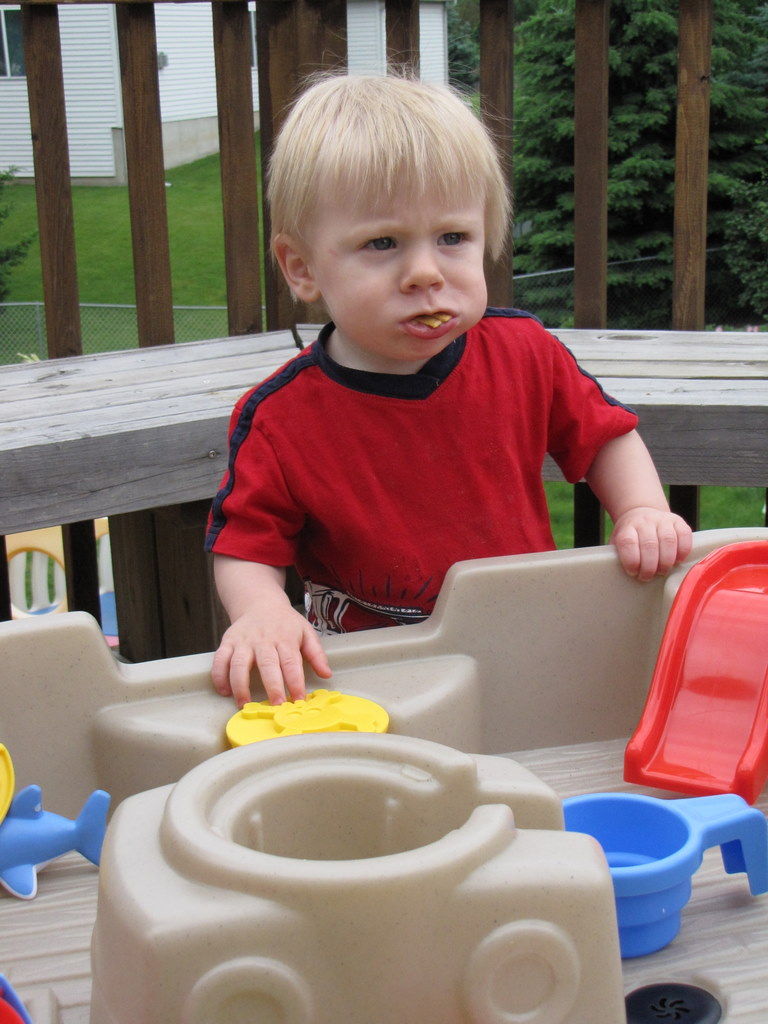 Once assembled, the table was a hit. 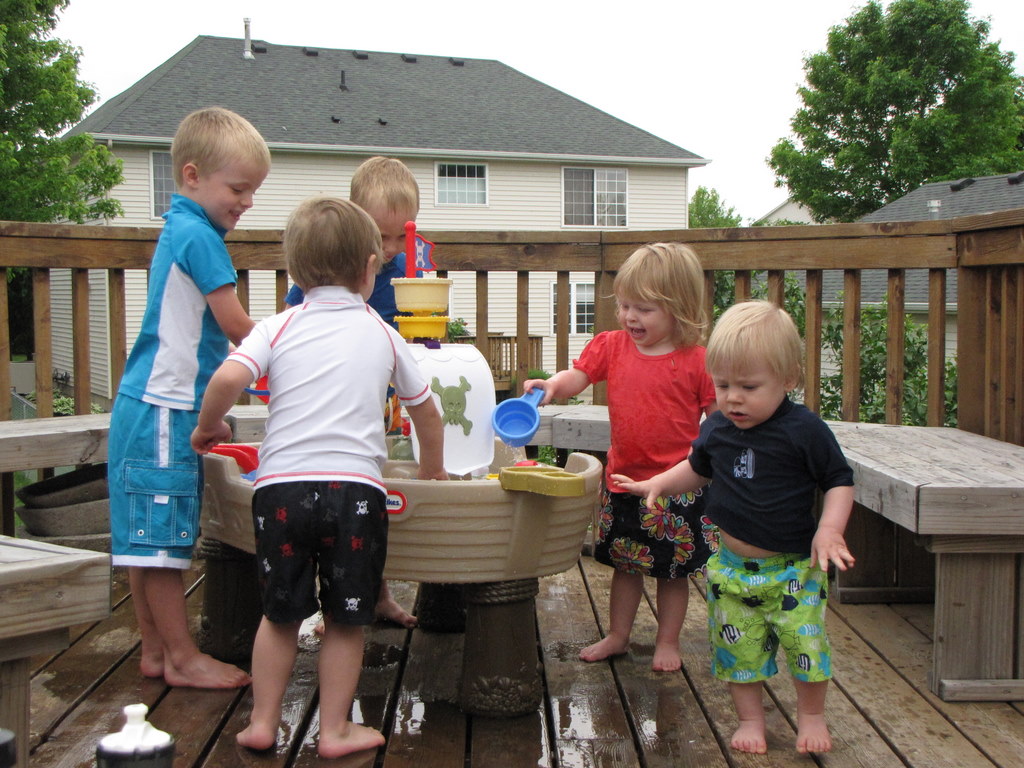 Every so often we would ban the big boys from playing so the two little ones could get in there and splash. 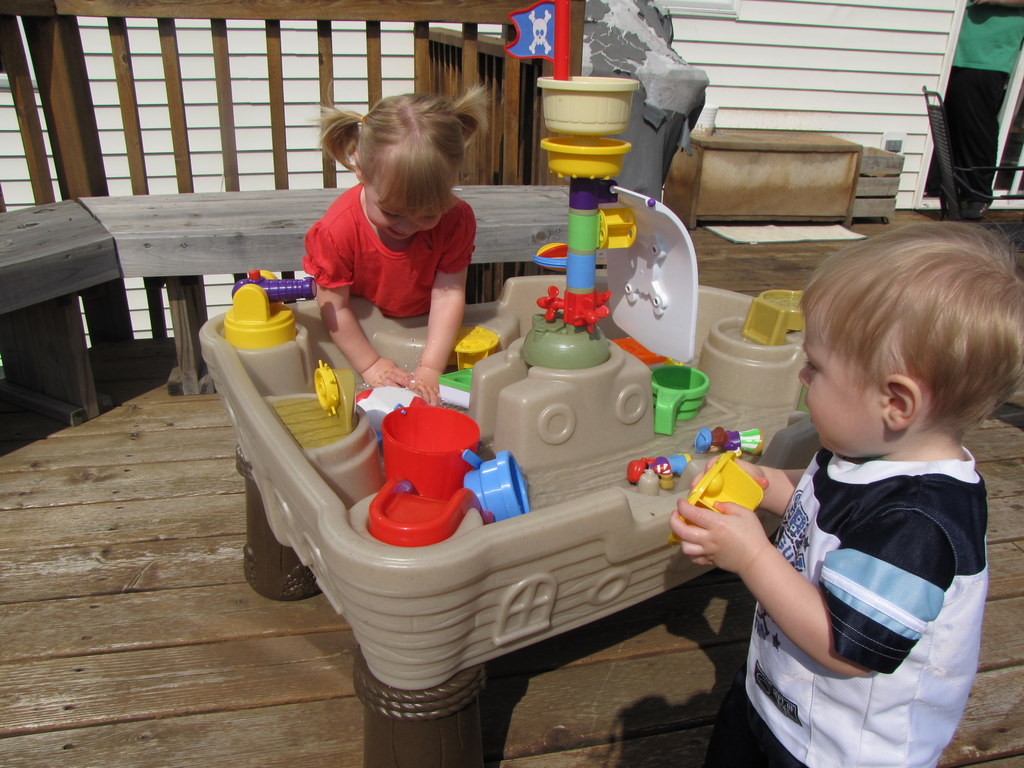 there is that tongue again! 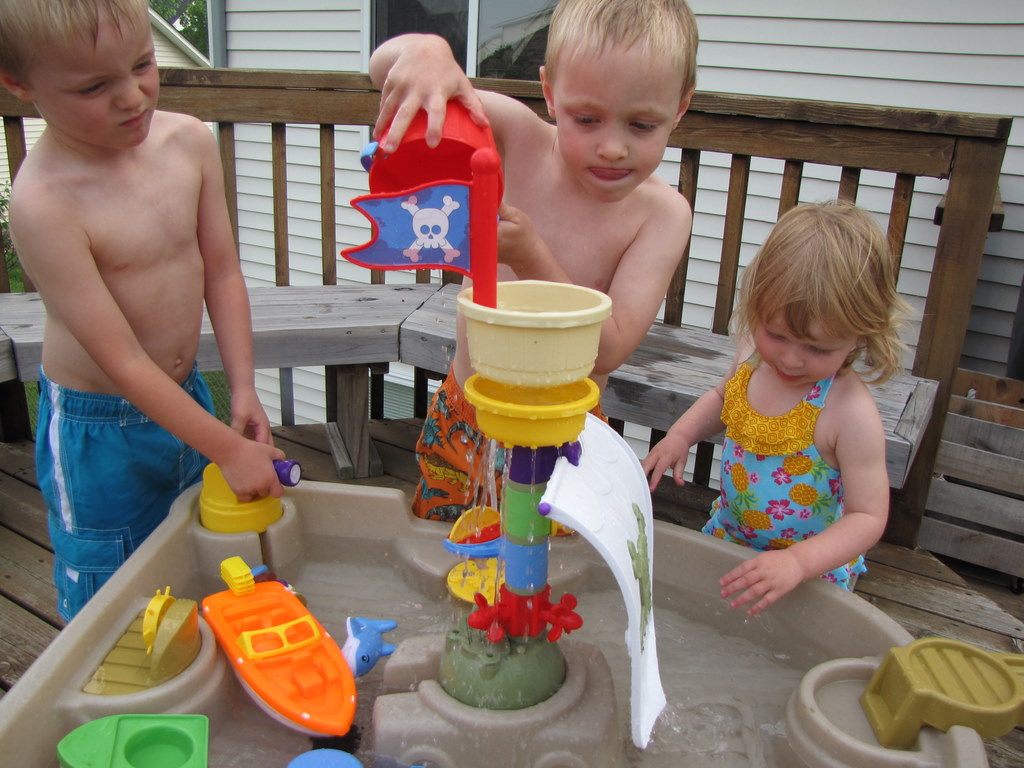 Jon and Zach took a nap at one point, both exhuasted from all the fun 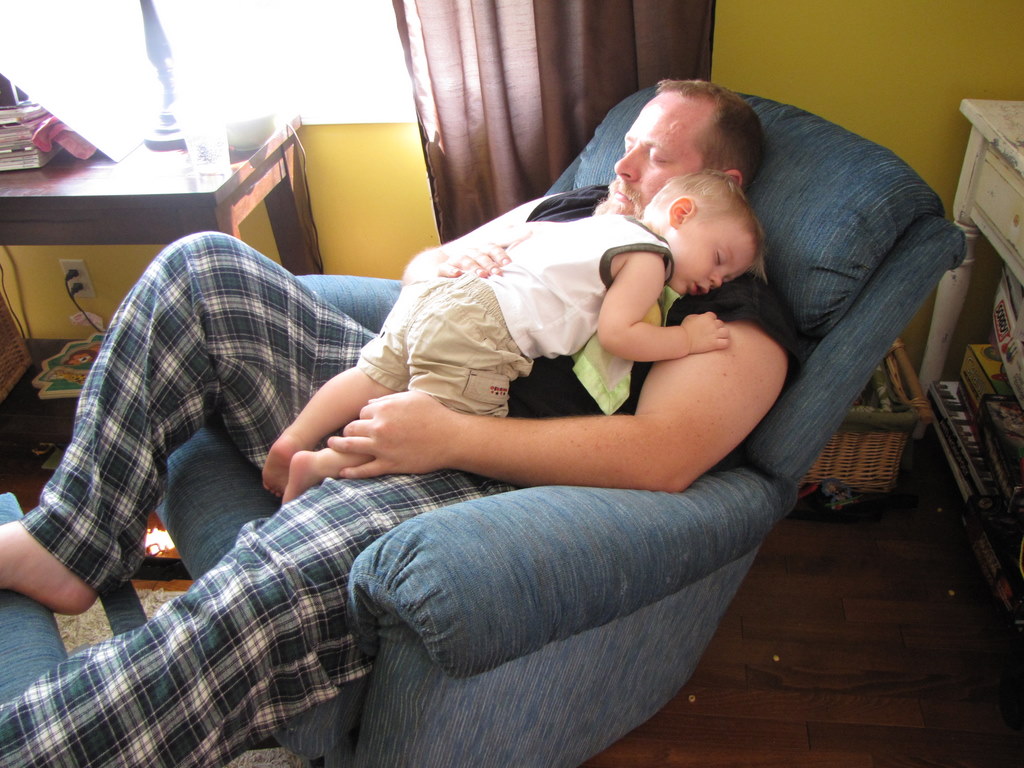 There was lots of talk of volcanos… and of course chalk drawings too. 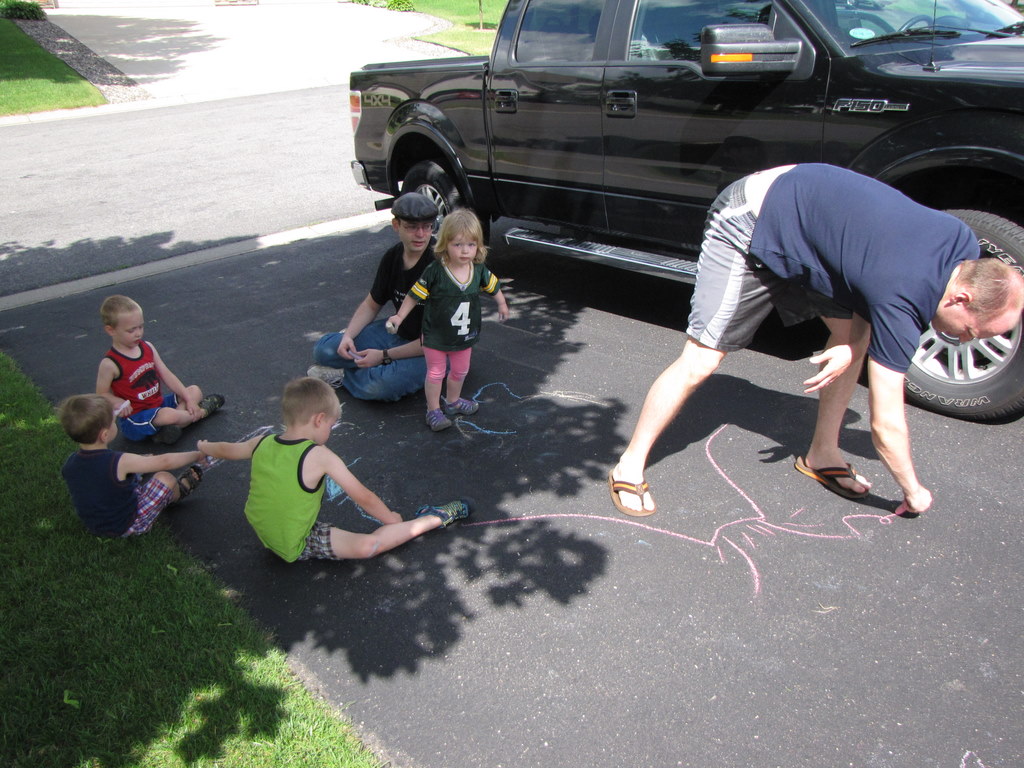 The evenings were spent in battle as the adults waged war against each other over Catan.

And the days were pretty much spent doing what was pictured above.

A perfect weekend with the Shannons. Games at night, games during the day.

2 thoughts on “Birthday Catch Up”