Tim and I both rock (-6) eye prescription contact lenses and glasses. We both got glasses in the 3rd grade. In fact I am pretty sure we both wore the same oversized pair of glasses except mine were a dainty, feminine baby blue and his were brownish (i think.) When I got sick on our Europe Trip I didn’t have my glasses with and I wore Tim’s. That is how much alike our level of blindness is. I saw half of Italy thorough Tim’s lenses.

(lets all collectively gasp at Tim’s awesomely bad hair and my shocking use of Tim’s oversized Old Navy sweatshirt in Venice. Seriously. Who wears an Old Navy Sweatshirt in Venice?! My only excuse was that it was cold and I was sick. But still….) 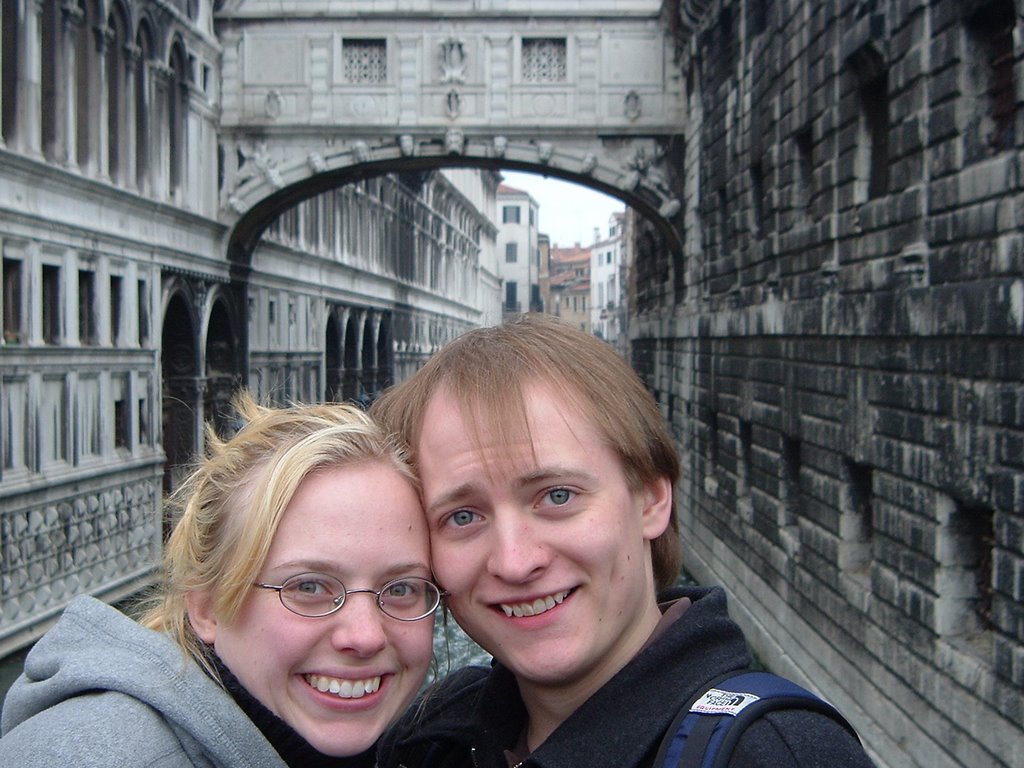 That combo makes for pretty unfortunate ocular gene pool for our kids.

I tweeted this this a.m. because Michael is now sounding out words and reading. I asked him to read ‘SIX’ at the top of Chapter Six in their latest Magic Treehouse book and he did an all to familiar move. Michael squinted his eyes, moved in inches from the page of the book and cocked his head to the side.

Blind as a bat, or in his case, blind as his parents.

Michael has an eye appointment next week in conjunction with some other testing. I have a feeling we will be picking out some soccer/tumbling/wrestling/crashing safe frames and lenses in our very near future.

This is my public apology to Michael (and for Patrick and Elise down the line) from Tim and I. Sorry bud. Don’t worry though. We will find you one badass pair of glasses.