We missed Christmas with the Shannons because Elise was sick.

It sucks that we missed Christmas (and all the photo opportunities for me to practice with my new camera!). Even though we couldn’t be together on Christmas, we were still able to exchange gifts. Tim quarantined the kids, Lucy and I to the van when we made a pit stop in Grand Forks. It was sad to wave to family from inside the van and not even be able to hug them, but we really didn’t want to get anyone else sick. We were in the Shannon’s Grand Forks drive long enough to swap wrapped presents and we were on the road again.

This morning we opened the gifts from the Shannons and it was then that I really felt guilty and sad that we couldn’t be with everyone else. Not only did I want to watch them open the gifts we gave them but the kids loved, LOVED the gifts they received from their Grandma, Grandpa, Aunts, Uncles and cousins and I really wish we could have been there so they could have seen the kids reactions. Photos and video (when I figure out how to edit and upload from the new camera) are the only way I can begin to share the joy they felt when opening their gifts.

So here they are. More photos of our kiddos opening gifts that have been generously given to them by people who love them so much.

This pig oinks Christmas songs while walking. I am surprised that Elise hasn’t worn out the batteries yet. She pushes go on the pig, gets on all fours and oinks and crawls right along side it. Tim hates this pig. 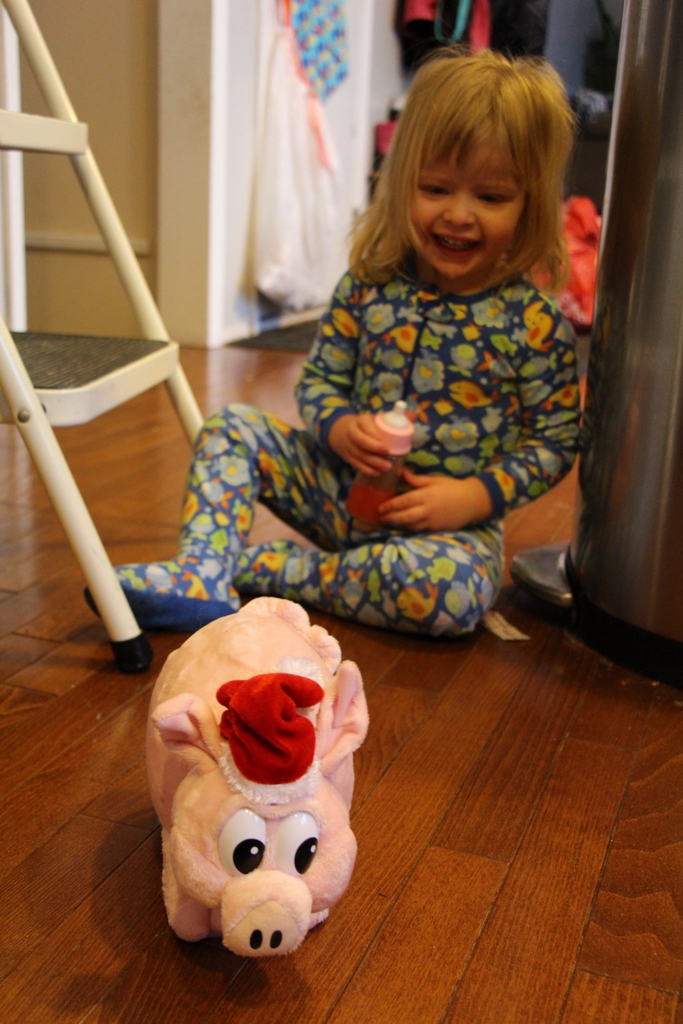 I can’t tell you how good it is to see her moving around like this. There is a bit of the sparkle back in her eyes again. Thank God. She had us all scared for a bit. 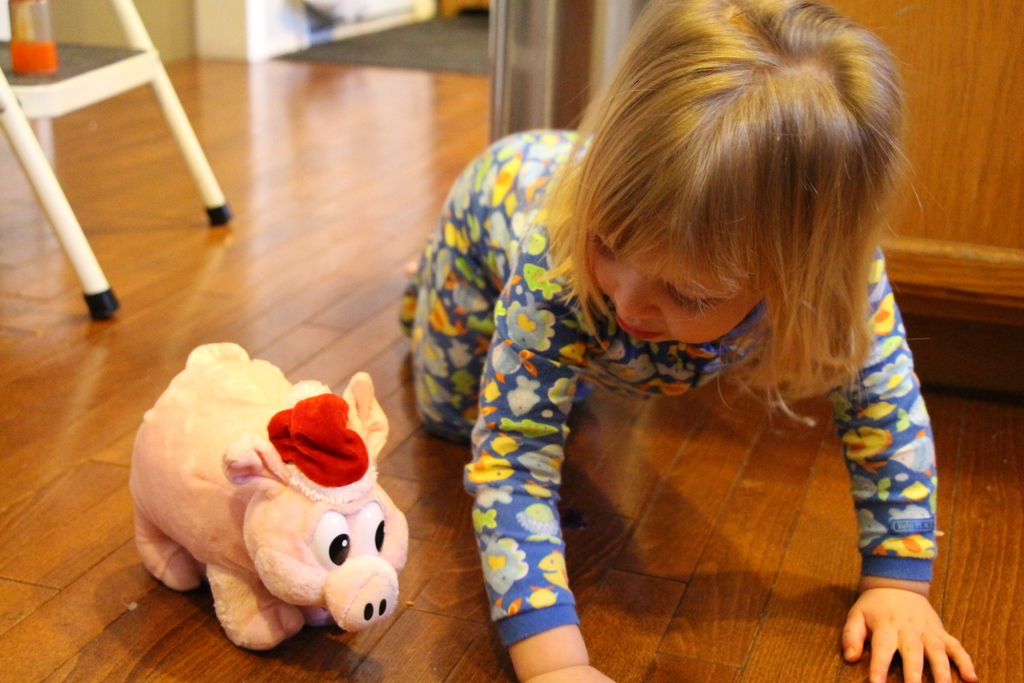 Michael got the best gift ever. A tornado maker. Remember when he was obsessed with the one at the Children’s Museum? Joy doesn’t begin to describe how excited he was. Well done Uncle Steve. 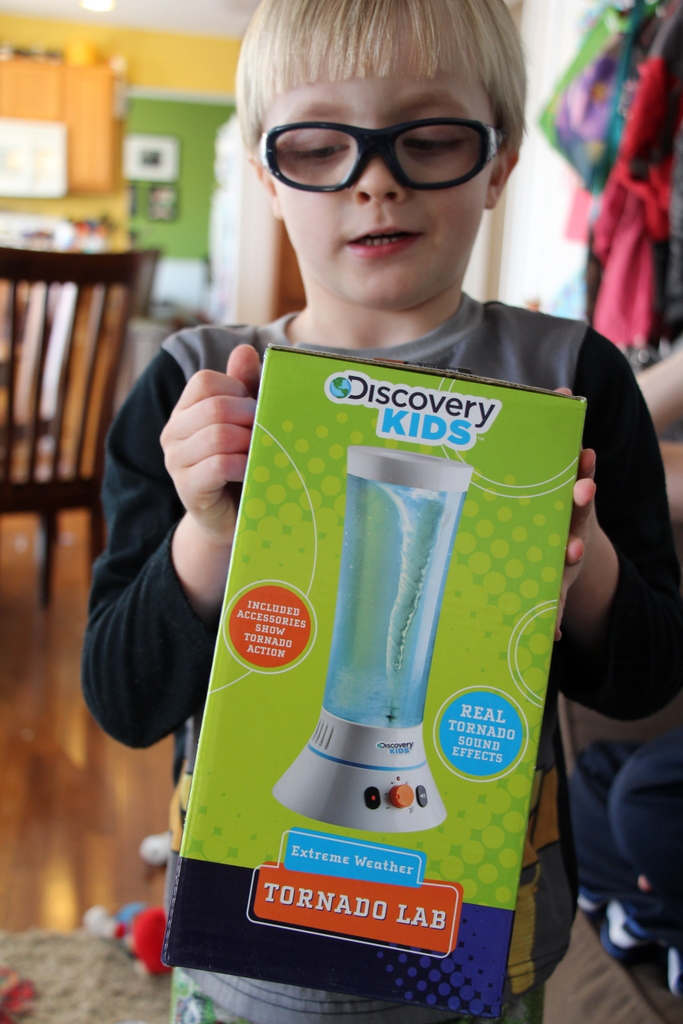 I don’t know if they coordinated it or if Uncle Ben and Aunt Carmen just know Michael as well as Steve but they nailed Michael’s gift too. 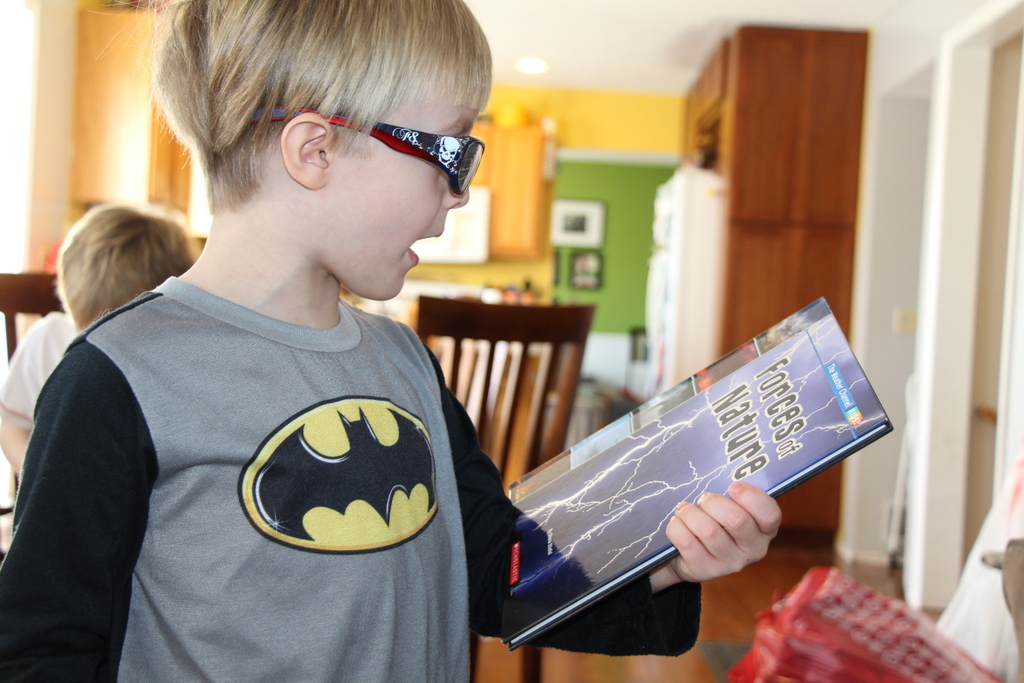 Patrick got an Angry Bird pig “cuddly” (they call all plush toys “cuddlies” and I think it is adorable) which he loved and immediately began acting out Angry Bird scenes. 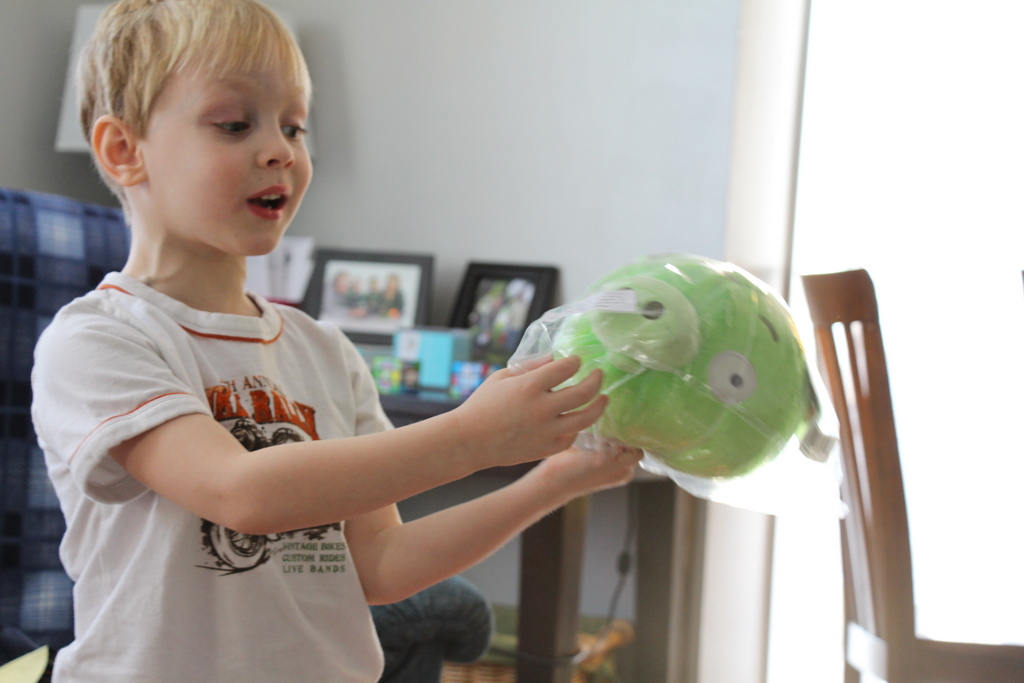 The boys were equally excited about their new treasure chests full of Jake and the Neverland Pirates booty. 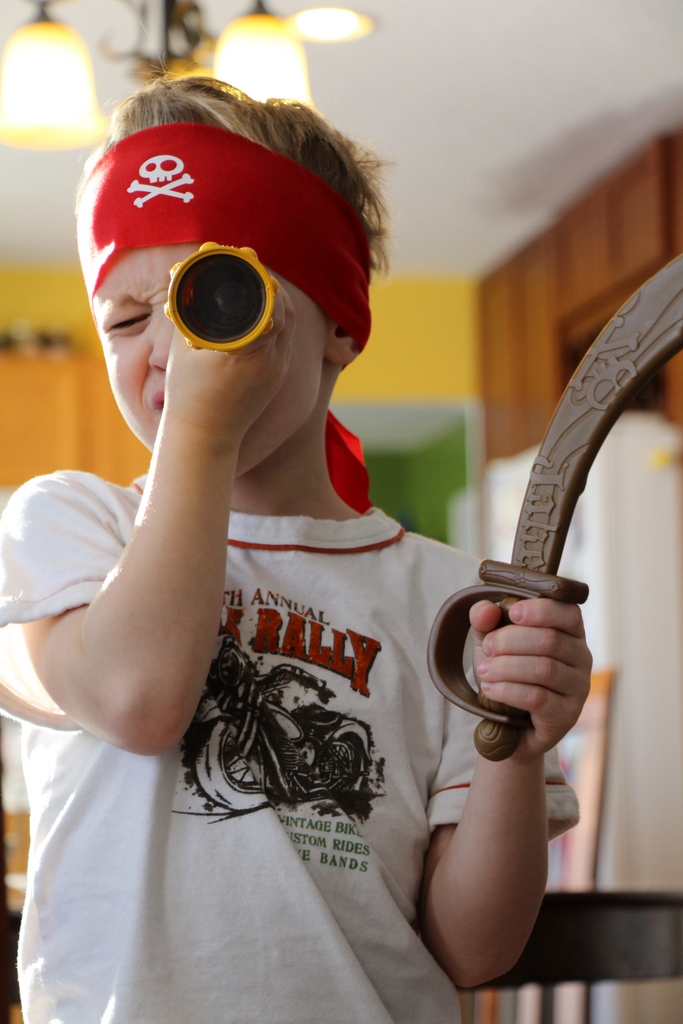 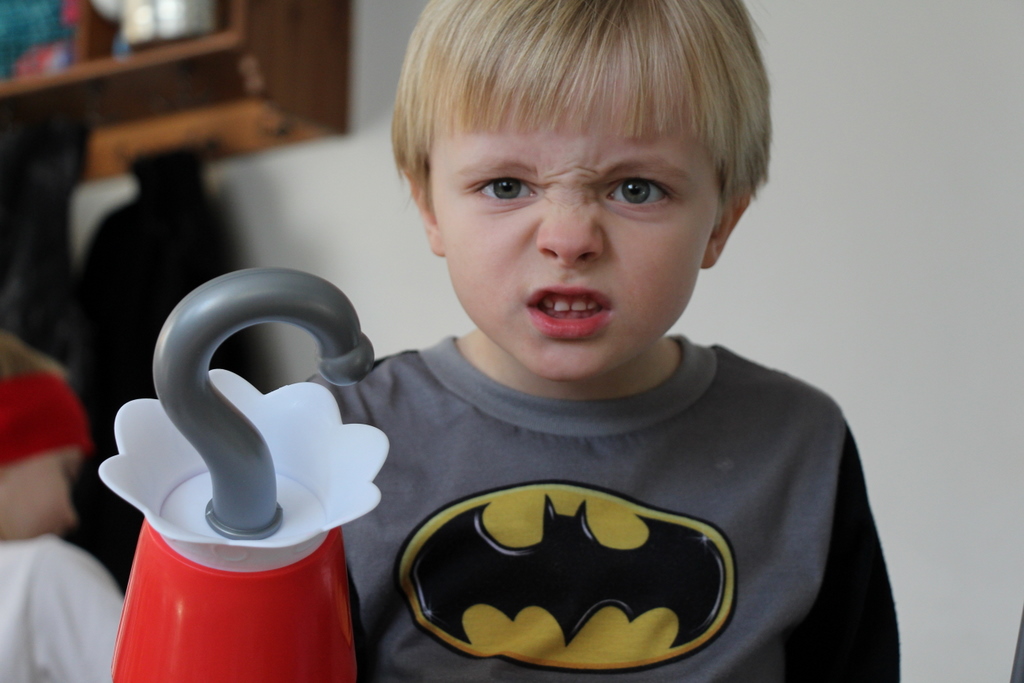 Elise’s OT would probably be just as excited about this new shape sorter as Elise is. Yay for fine motor and planning skills. 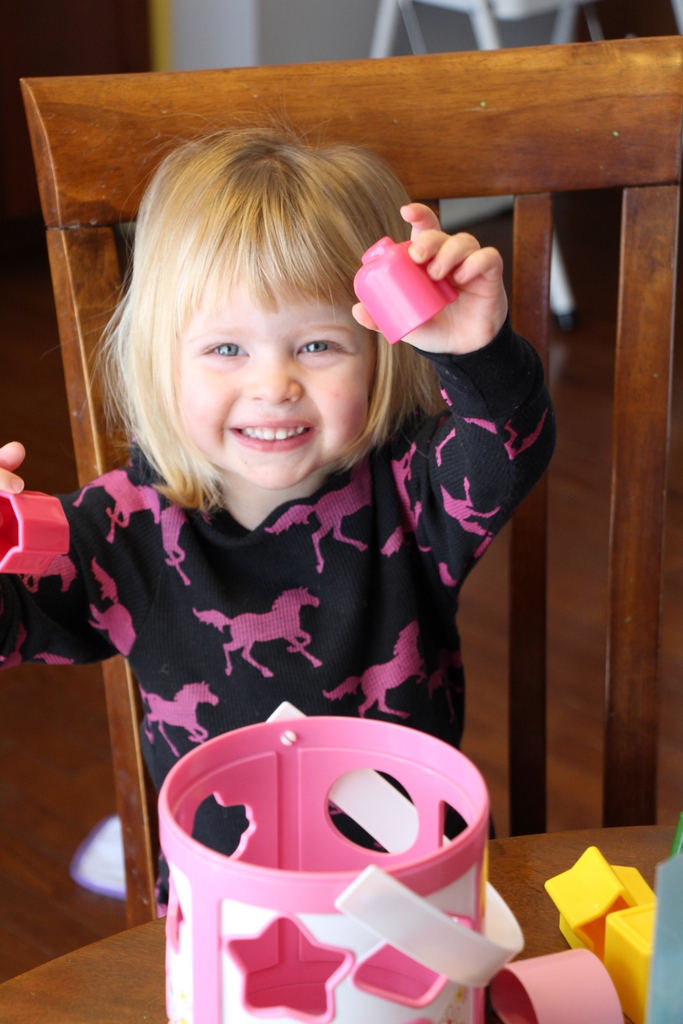 The two gifts Tim was most excited about were the Star Wars Legos he got and a pink unicorn that Elise got. Apparently the unicorn hails from a video game that Steve and Tim both play. Where ever its origins, Elise loves the thing. 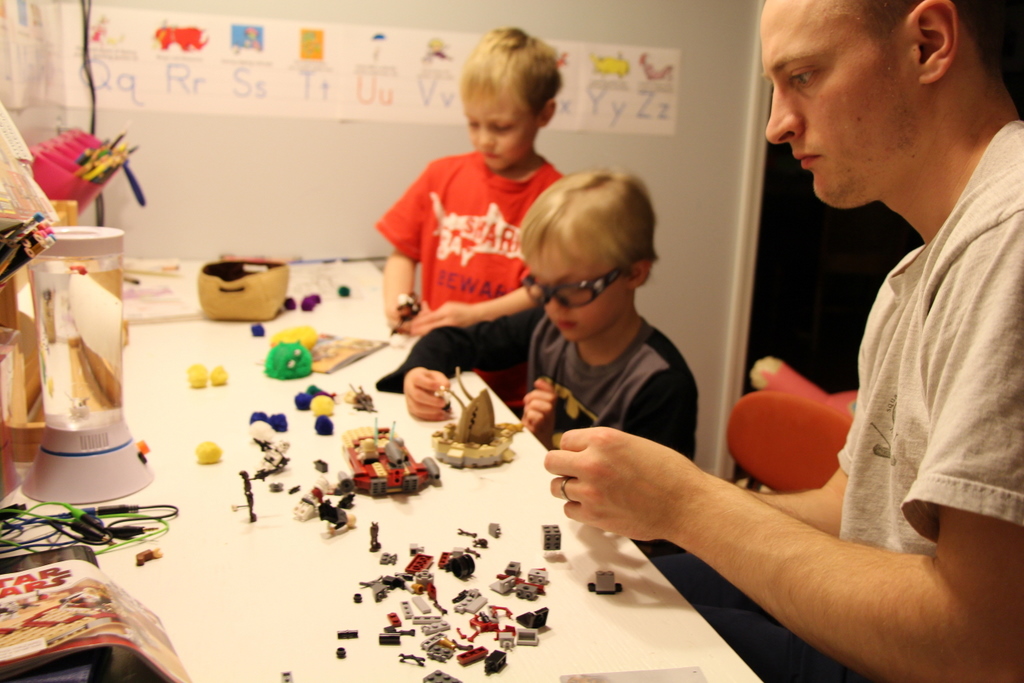 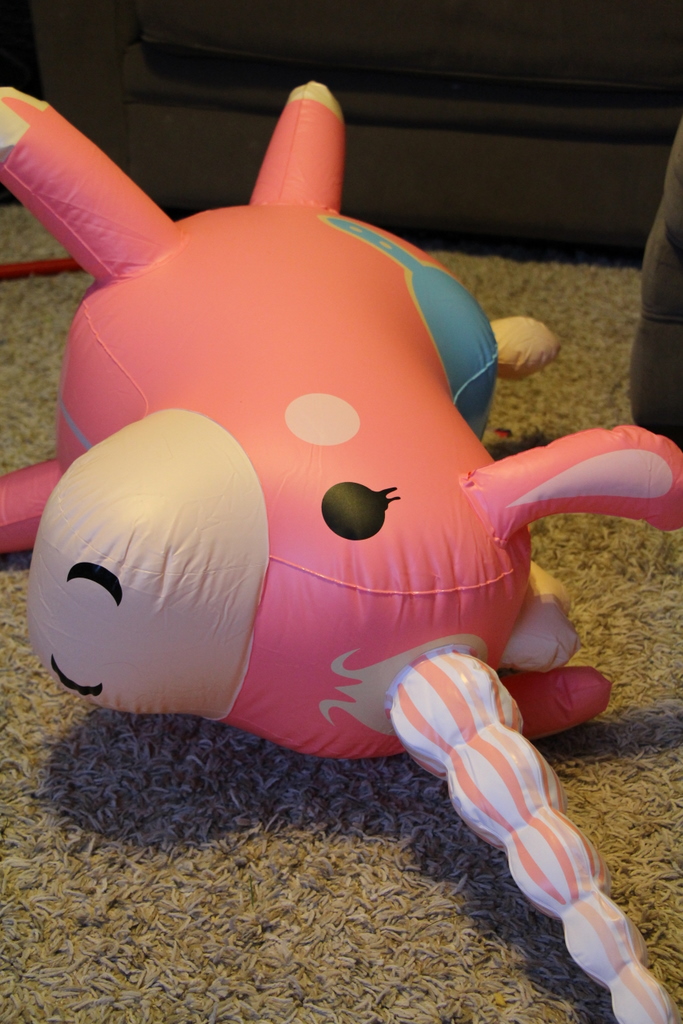 I was stoked to open multiple pairs of warm socks (even a great pair of leggings). I was bummed to open a really fun looking board game. I was bummed because the Shannons are always so much fun to play games with and it is sort of a tradition to play the new board games late in to the early hours of the morning the night of gift opening. I am really missing board game time this year. The gift I keep smiling about and will bring smiles for a long time is the wine glass Steve got me. It is sitting proudly in my kitchen window sill right now and that is where it will stay because every time I look at it, I laugh. 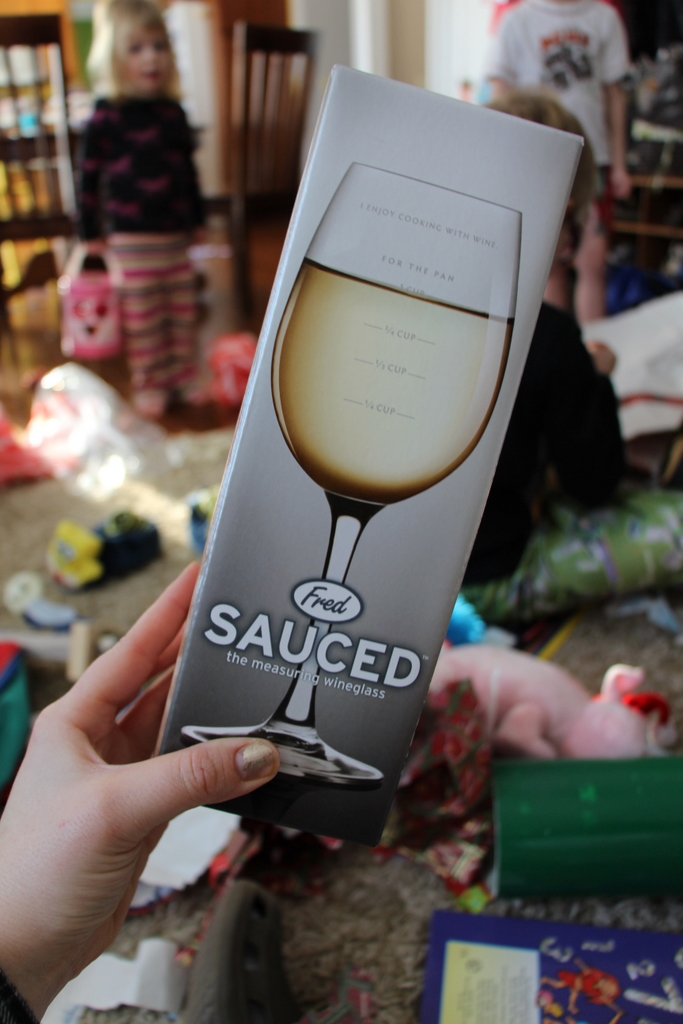 Grandma and Grandpa Shannon gifted all three of the kids a great devotional that I fell in love with. The devotionals inside are great and very kid friendly but it is the cover art that really draws me to the book. It is already being displayed on the playroom bookshelves. Along with the newly displayed board book are two framed photos that Grandpa and Grandma Shannon gave Tim. I LOVE these photos. It is so fun to see Tim as a child. 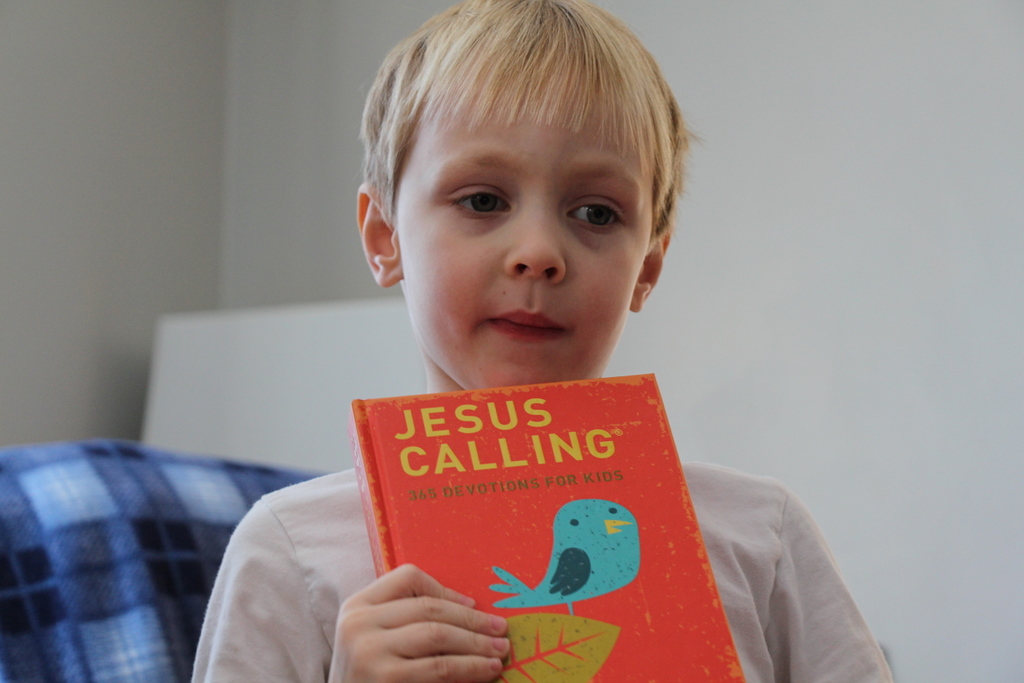 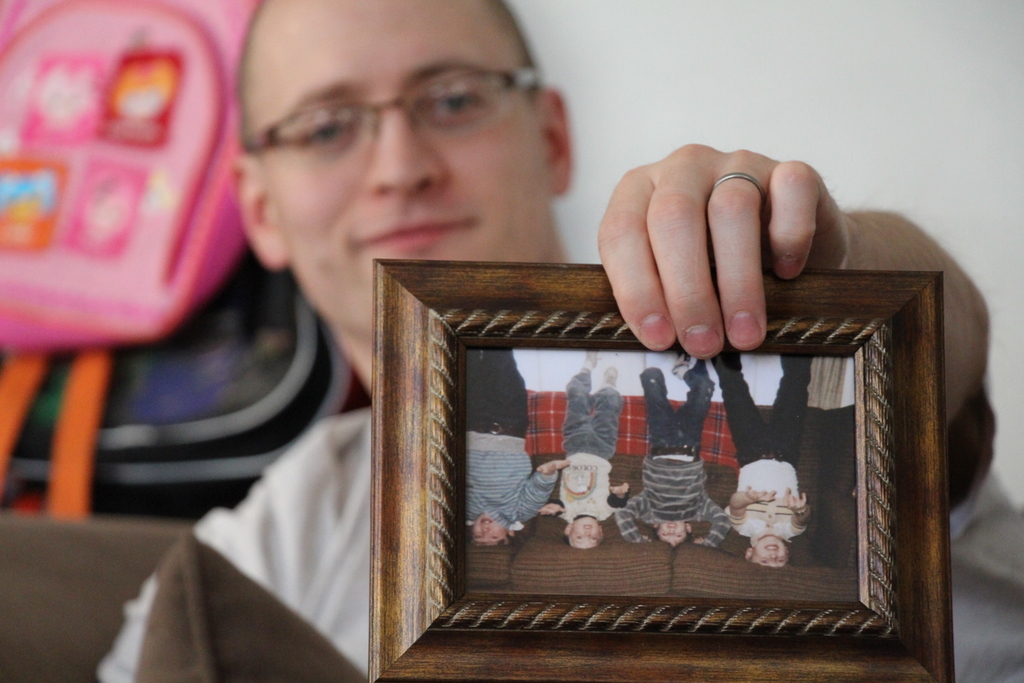 Many more photos here. My favorite are the ones with Patrick and his pirate gear. What are your favorite?

One thought on “To and From the Shannons”