Michael is the Star of the Week this week and each day there is something special he gets to do or bring. He has brought volcano rocks and books. He brought in two books to read. He filled out and shared with his class his poster. Tomorrow is on Tim and I. Michael’s teacher asks the parents of the star of the week to send in a letter, poem or story about their child. This is what Tim and I came up last tonight.

Michael’s Mom and Dad always knew he was smart. When Michael was three years old he knew every type of farming and construction equipment that John Deere made. 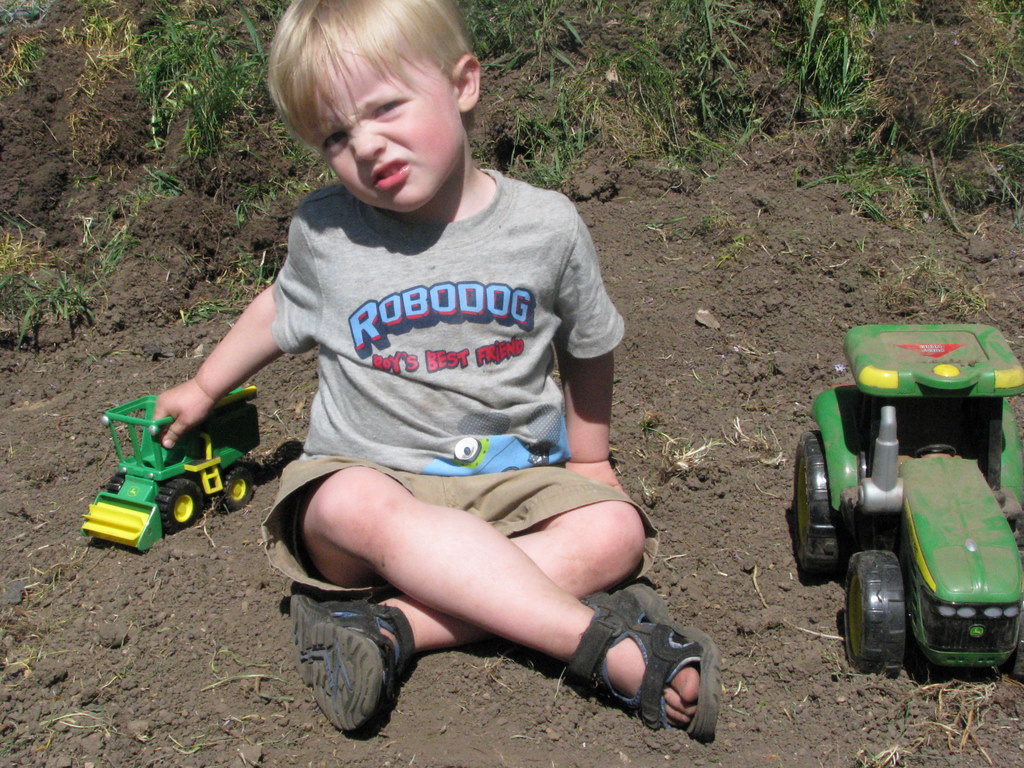 When he turned four he knew the names of over 200 hundred animals including dinosaurs! 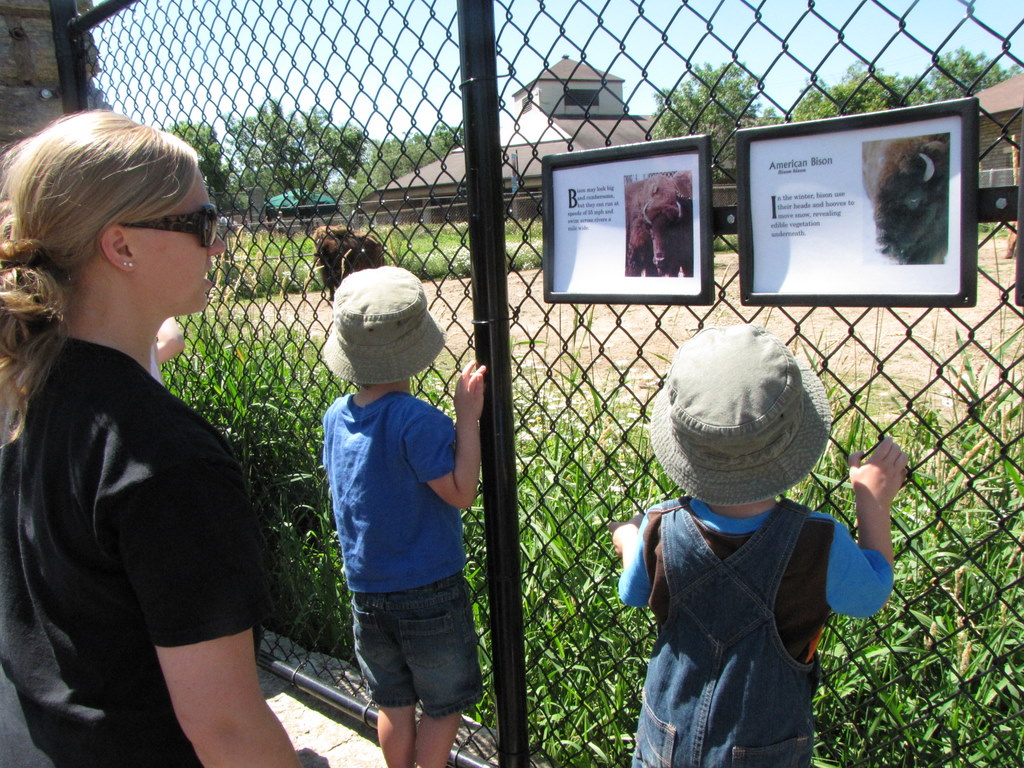 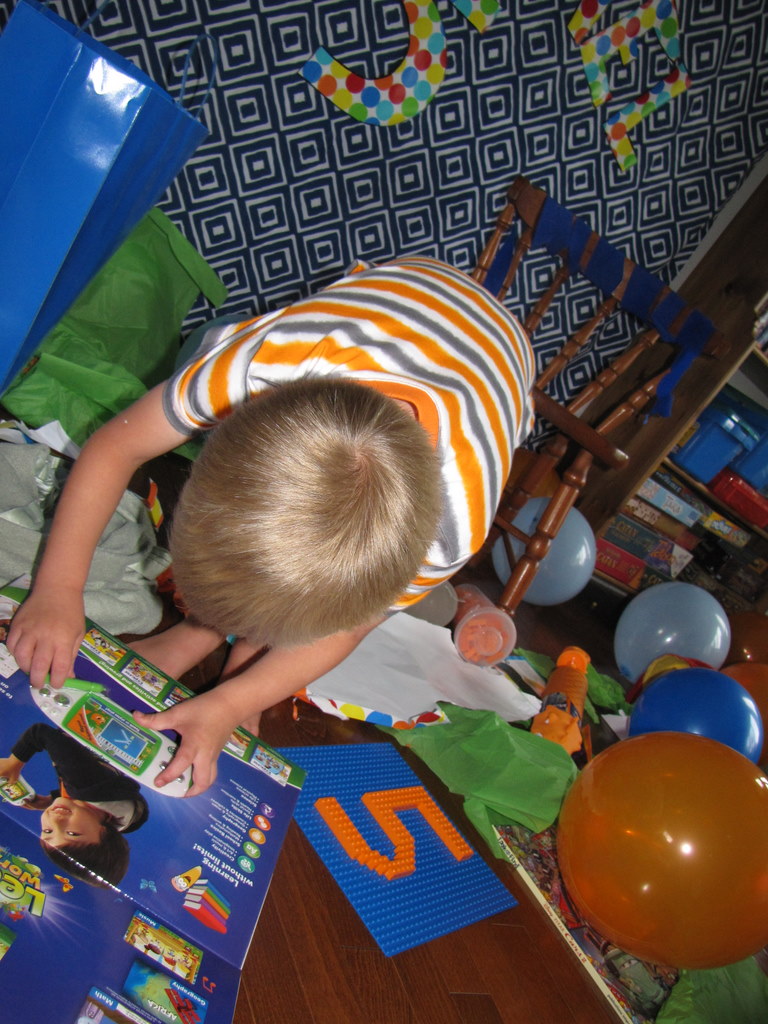 And at the age of six he became the worlds youngest weather and volcano expert. 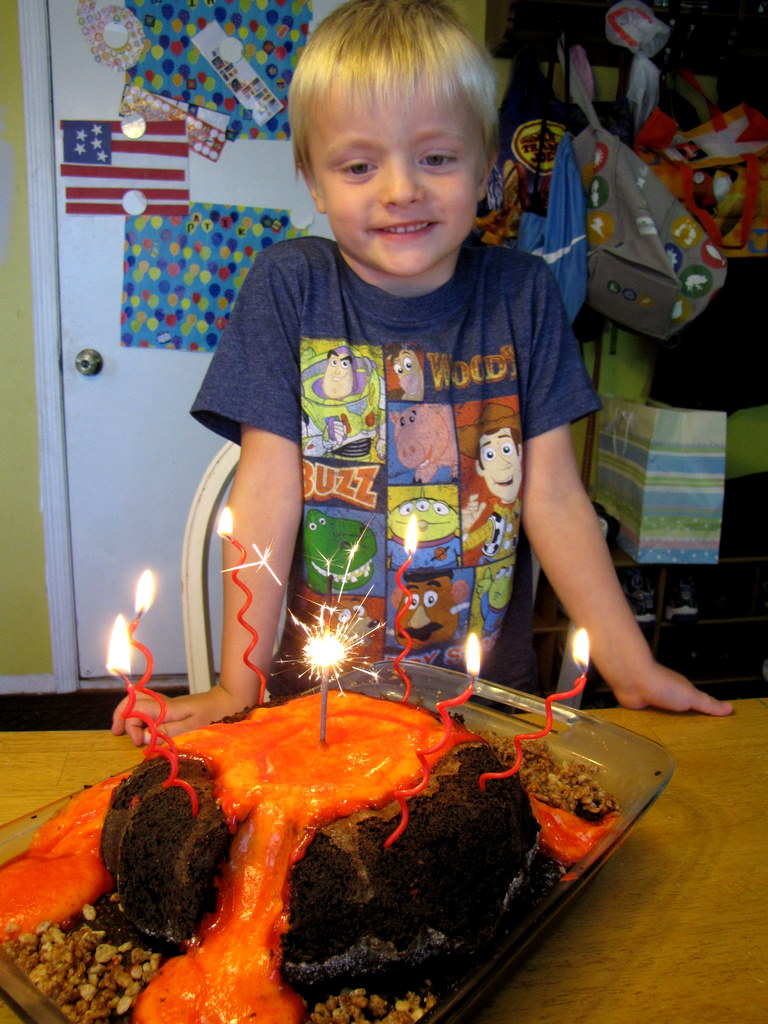 On July 10th 2013 Michael was celebrating his 7th birthday with his friends and family when Lucy, the Shannon family dog, started to bark.

Lucy barks at a lot of things, so no one paid much attention to her. It was probably just the squirrel family that lived up in the big maple tree in the backyard.

But then Michael felt something. Michael has super senses. His ears are so strong that he can hear the humm that some lights make. He doesn’t like trying new foods because he has really strong taste buds. He can feel the lightest touch on his skin. Sometimes it is good to have super senses but sometimes it isn’t. Michael is always the first to smell his sister’s dirty diapers. And they stink really bad!

Michael’s super senses felt the ground rumble just as he was suppose to blow out the candles on his birthday cake.

He stopped and thought…. what would make the grass under my feet rumble?

Could it be a T-Rex chasing a Brontosaurus? Probably not. Dinosaurs have been extinct for millions of years.

Maybe it was a herd of zebras running toward the playground at school.

No. There are not any Zebras in Minnesota.

If it wasn’t an animal or an extinct dinosaur, maybe there was another clue he was missing.

The ground was shaking beneath his feet and he noticed the day’s sunny blue sky was starting to get darker.

The ground rumbles when a volcano erupts and then the sky turns grey when the ash fills the sky.

But that can’t be right. There are no Volcanoes in Cottage Grove.

It is July and it is warm out. Could a tornado be coming?

If a tornado was coming there would be loud sirens blaring and everyone, not just Michael with his super senses, would hear the tornado sirens.

Could Michael use his senses to find another clue? The ground was rumbling and it wasn’t from Zebras or a T-Rex chasing a Brontosaurus. The sky was turning grey but it wasn’t a Volcano or a Tornado.

Michael then used his super smelling sense. He smelled cake. He smelled flowers and green grass. He smelled wet dog because Lucy had been running in the sprinkler and he smelled smoke.

If the ground was rumbling, the sky was dark and the air smelled like smoke it had to be a haunted castle from Mario Brothers. The ground rumbles when Bowser jumps on the ground. Sometimes the castle is so dark there is only a circle of light. And if the Castle levels were in real life the lava would smell like smoke.

Did he solve the mystery? No that can’t be right. Michael is Michael Shannon and his brother is Patrick. He isn’t Mario and Patrick sure isn’t Luigi!

What could it be?

Michael thought about all the things he knew about. He knew about Mario Brothers, he knew a whole lot about weather and volcanoes, he knows over 200 animals and it wasn’t any of those things.

What could it be?

The ground rumbled. The sky got even greyer. The smell of smoke was starting to make people cough and then he heard it.

It was a horn.

Big machines can make the ground rumble. Big machines puff smoke out of their stacks that can turn the sky grey and make a yucky smell.

Michael quickly blew out the candles so his cake wouldn’t start on fire and ran from the front yard to the backyard to see what kind of machine was coming down the road.

It was a tractor!

Michael’s Papa had drove all the way from Minot, North Dakota to give Michael a ride on his tractor for his birthday!

Do you know what was is the tractor’s loader bucket? Sand. Lots and lots of sand. Papa filled the new sandbox, that Michael’s dad built, with a tractor load of sand.

Michael played in the sand box with his brother and sister and all his friends pretending that zebras and dinosaurs and tornadoes and volcanoes and Bowser and King Boo were all attacking Planet Earth and with the help of his family and friends Michael used his super senses and smarts to save the Earth.

He hasn’t read the story yet. The instructions were to send the story in an envelope and then his teacher will read to to the class. I hope he likes it. Speaking of reading. Check out my boy.