The last night of the AGM the kids charmed a few of our good friends into loving them even more without even knowing it. We live far from family but we have grown to be really good friends with some of Tim’s colleagues and their spouses and families. The last night of AGM is always “family night.” It is a night filled with fun activities for the whole family.

This is how they won over our dear friends.

Patrick was so intense and so eager to make a dream catcher. He later told our friends that he was so excited to hang it over his bed to catch all his bad dreams but that sometimes he likes bad dreams because the villains like Bowser are fun. 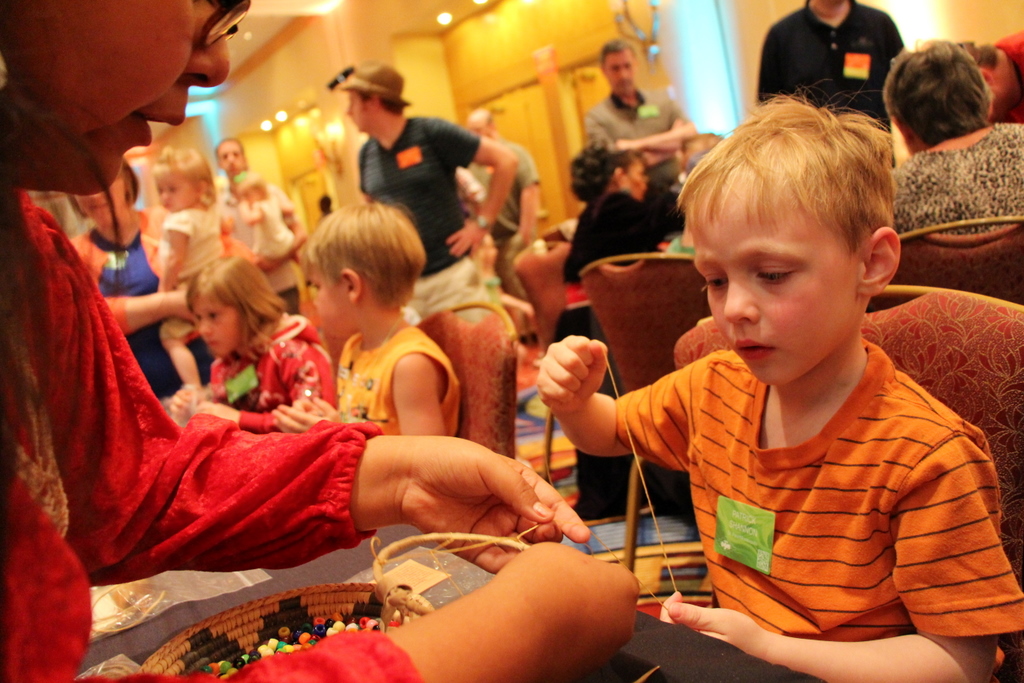 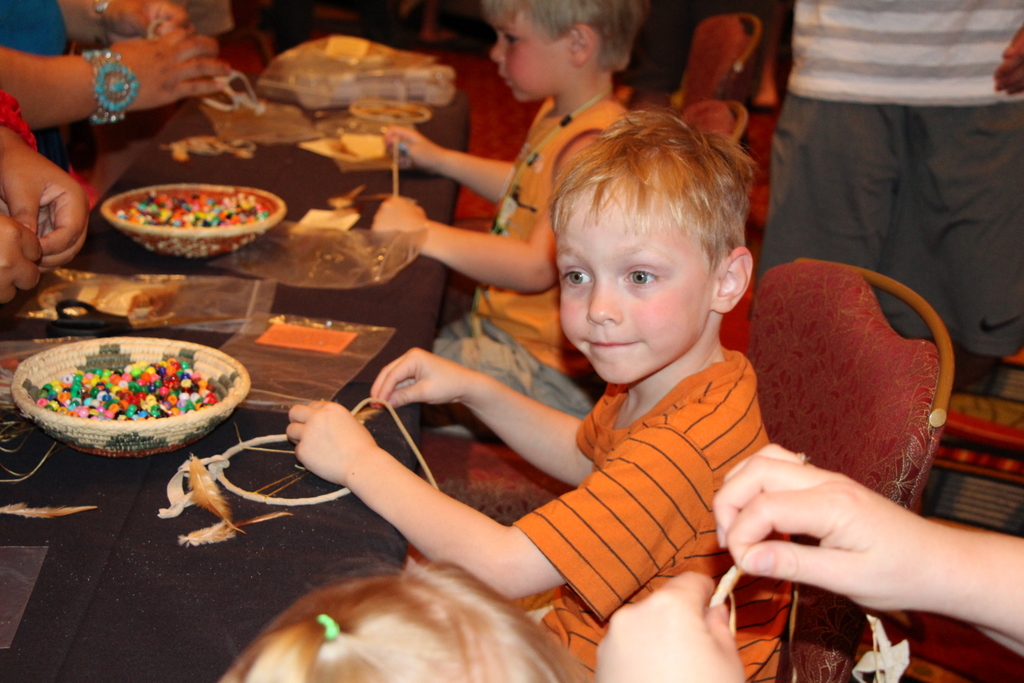 I helped Elise make hers and she picked the pinkest beads out of the basket. Thank you Beth for snapping this photo. I love being behind the camera but it makes me happy to think that the kids will have a few photos a me to look back at too. 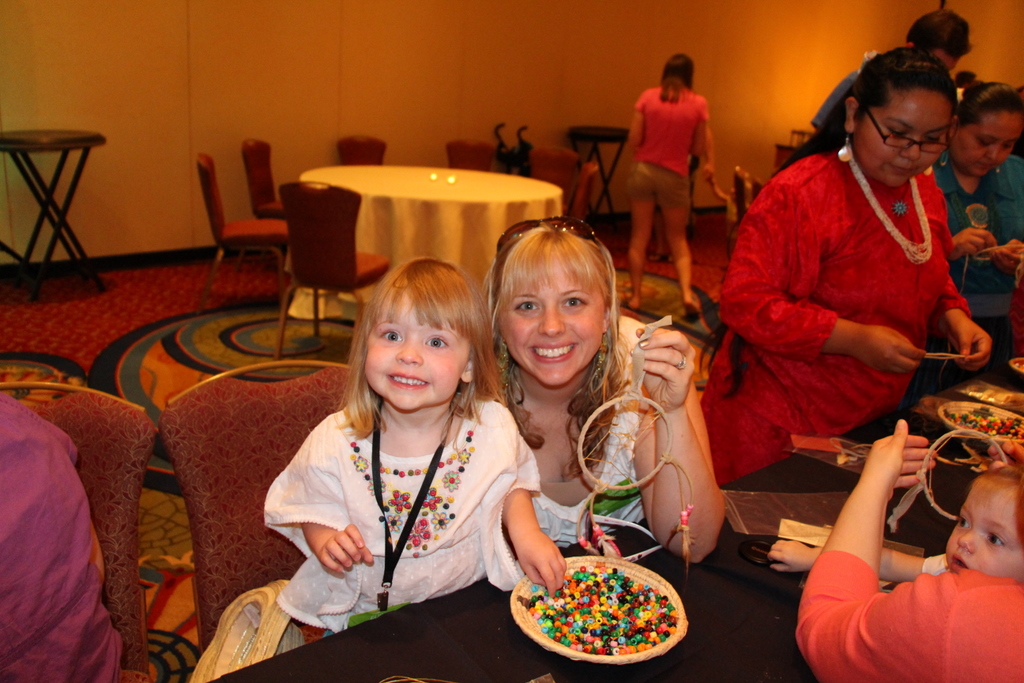 Michael is a rule follower. True he spends a great amount of his time trying to find a loop-hole in the rules but when you ask him to do something he almost always does it. He is especially sweet, protective and super responsible whenever we ask him to keep an eye on his sister. It isn’t like we go out for happy hour drinks and leave him in charge, but he is old enough now that  when I have to reprimand Patrick for not listening to his swim teacher at lessons, I can tell Michael to make sure that Elise stays sitting on the bench and does not leave her spot, and I know that Elise will not end up in the pool. He takes this job very seriously and will literally stand guard in front of her shuffling a basketball-like shuffle in front of her so she can not move off the bench. I knew that when I asked him to keep and eye on Elise when she and a few other kids took over an empty stage for an impromptu dance performance, he would do just that. Michael was right up there dancing away but also making sure that Elise wasn’t too close to the edge of the stage. Patrick was up there too but he was so focused on his freestyle dancing that I don’t think an elephant walking across the stage would have broken him from his concentration on his dance moves. 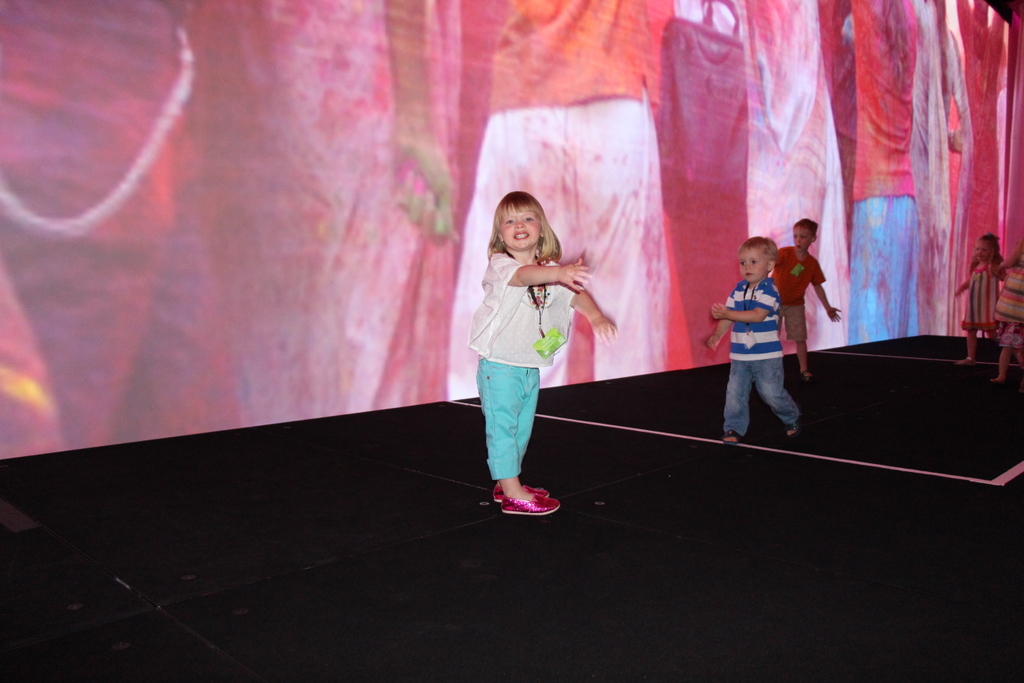 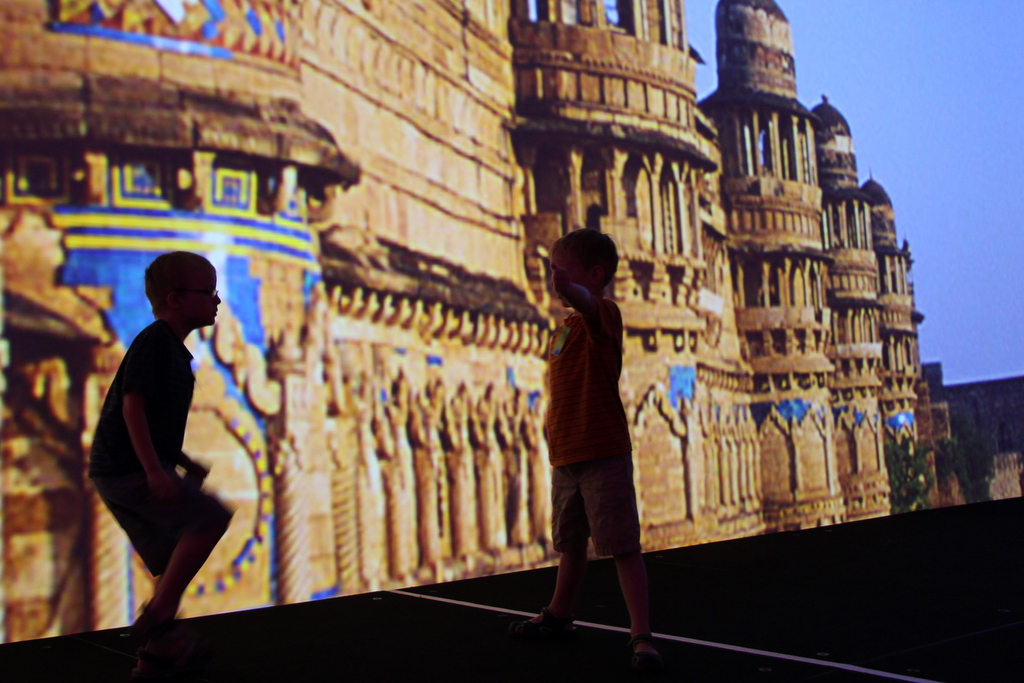 Look at those watchful eyes of big brother. He is so good with her. 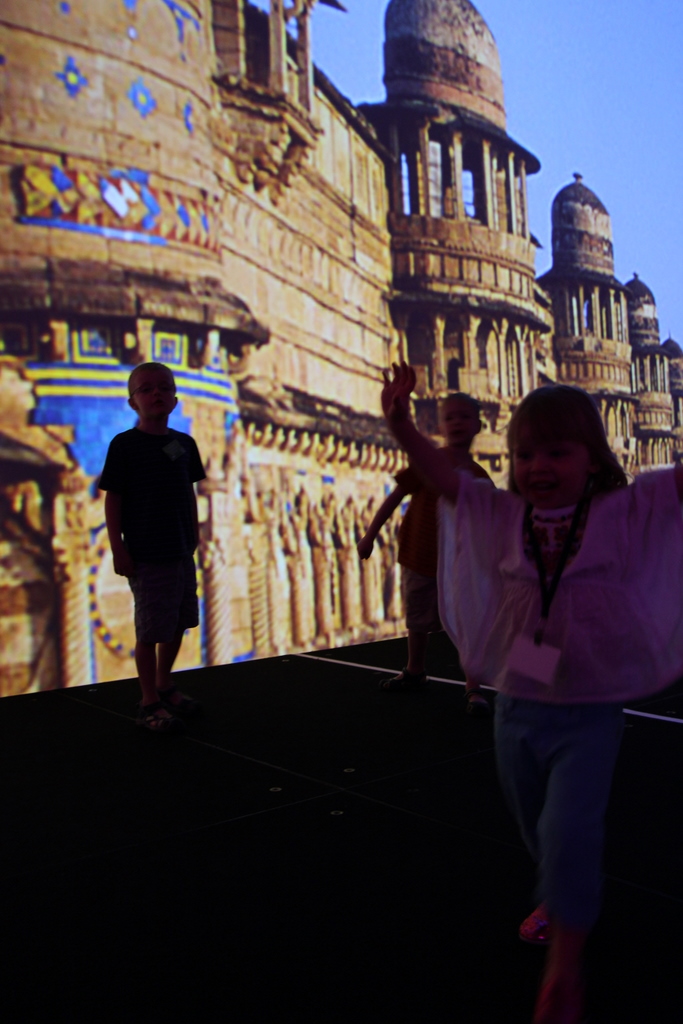 Elise is two years old, beautiful and can give you the snarkiest looks or the sweetest smile.  She charms everyone all the time, but on Family Night she was on her A game. Maybe it was the beaded hippy shirt and sparkly pink shoes or maybe it was because it was 2 hours past bed time and she was delirious… I don’t know but I think even Tim fell in love with her again that night.

(photo credits to Nanny of the year) 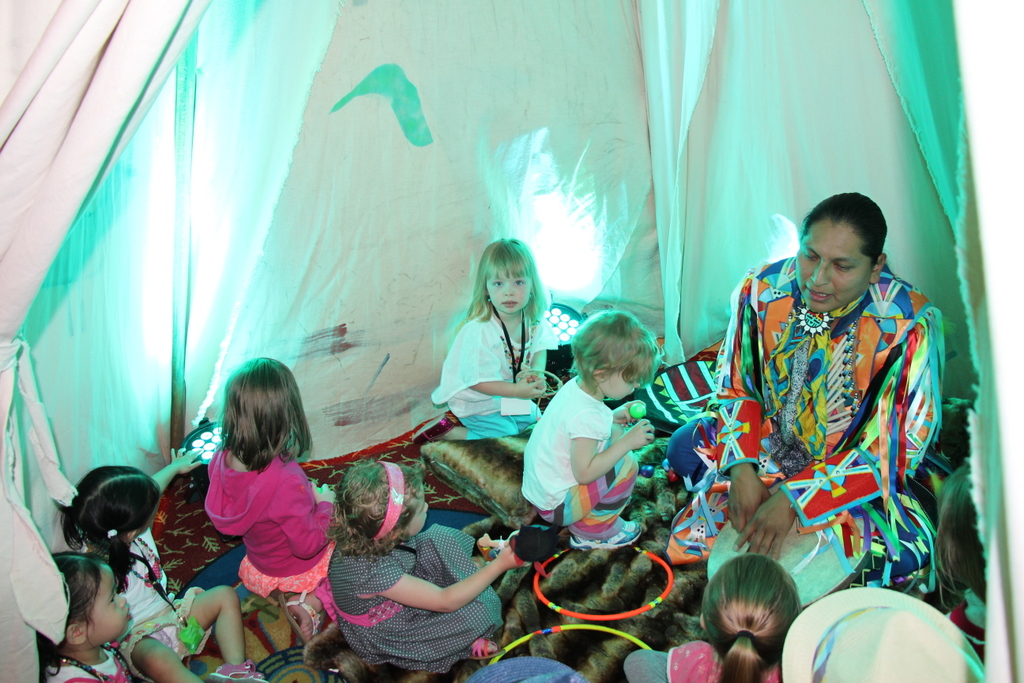 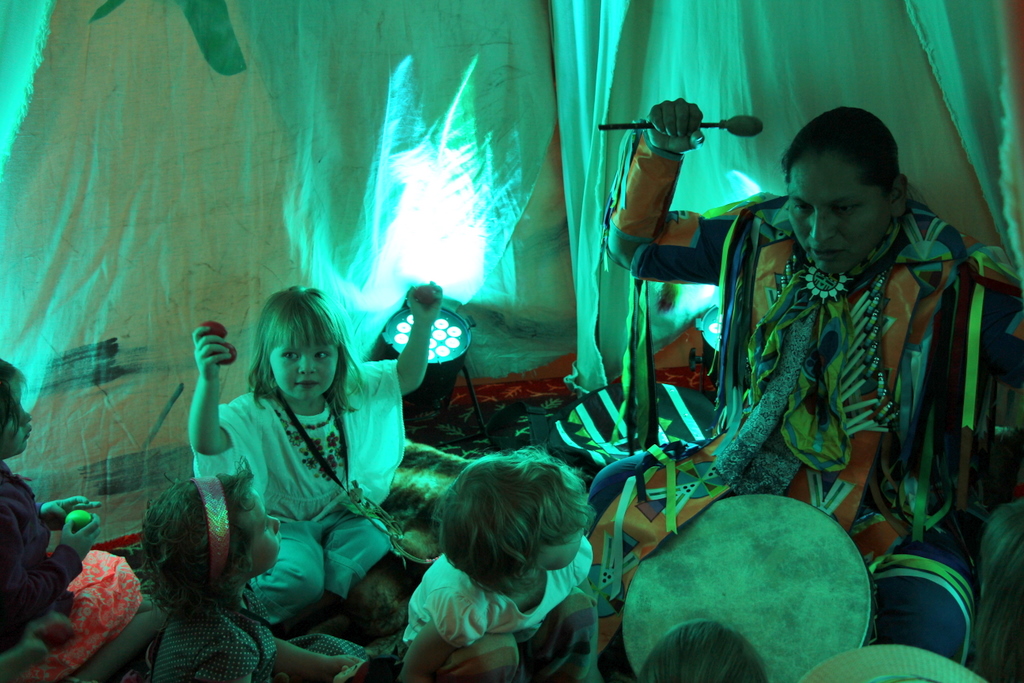 I love my babies.