July is crazy for us. This year we spent an extra long weekend in Minot for the 4th of July. Michael’s Birthday is the 10th. Lucy’s birthday (yes it matters and yes I celebrate by giving her extra love in the form of dog treats and a long walk) is the 20th. My birthday is the 27th. Elise’s birthday is the 28th. And then to round out the month Tim and my anniversary is the 30th.

We are half way through Tim’s 2 week vacation and it has flown by. I have only checked off one thing on my Vacation To Do list and that list is long. I haven’t been very productive but we have been having a lot of fun. A fun vacation without having to pack or stay in an unfamiliar bed is the best.

The last time I blogged I was 29 years old. Uffda. So far all I can report is that no one has looked at my finger searching for a wedding ring when I am out with the kids by myself. This happened a lot after Michael was born (I was just shy of 23 when he was born) and it happened every once and in while after PJ was born. That doesn’t happen anymore. I guess I no longer look “too young” to be having kids call me mom. I will counter that with I am still looking young enough to be carded when I order a Bloody Mary (which made me beam with joy when it happened on my birthday dinner out) so I think 30 might a magical age. It’s the little things people. I don’t have any gray hair (yet) but ask me again after this season of soccer and I may have a different story to tell.

30 isn’t bad. In fact it seems to fit better than 28 or 29 did. Maybe I am an old soul but more likely having three kids just accelerated the ageing process. What ever it is, 30 seems about right.

I celebrated my 30th with my favorite 4 people in the world at the coldest picnic I have ever been to. I cannot a remember a birthday that swimming outside wasn’t an option. This year swimming would have been crazy because it was a chilly 56 degrees. Tim had a picnic and outing to Minnehaha Falls planned. I have been wanting to visit there since we moved and I was so pumped as we drove the 25 minutes to visit the waterfall in the heart of the Twin Cities. 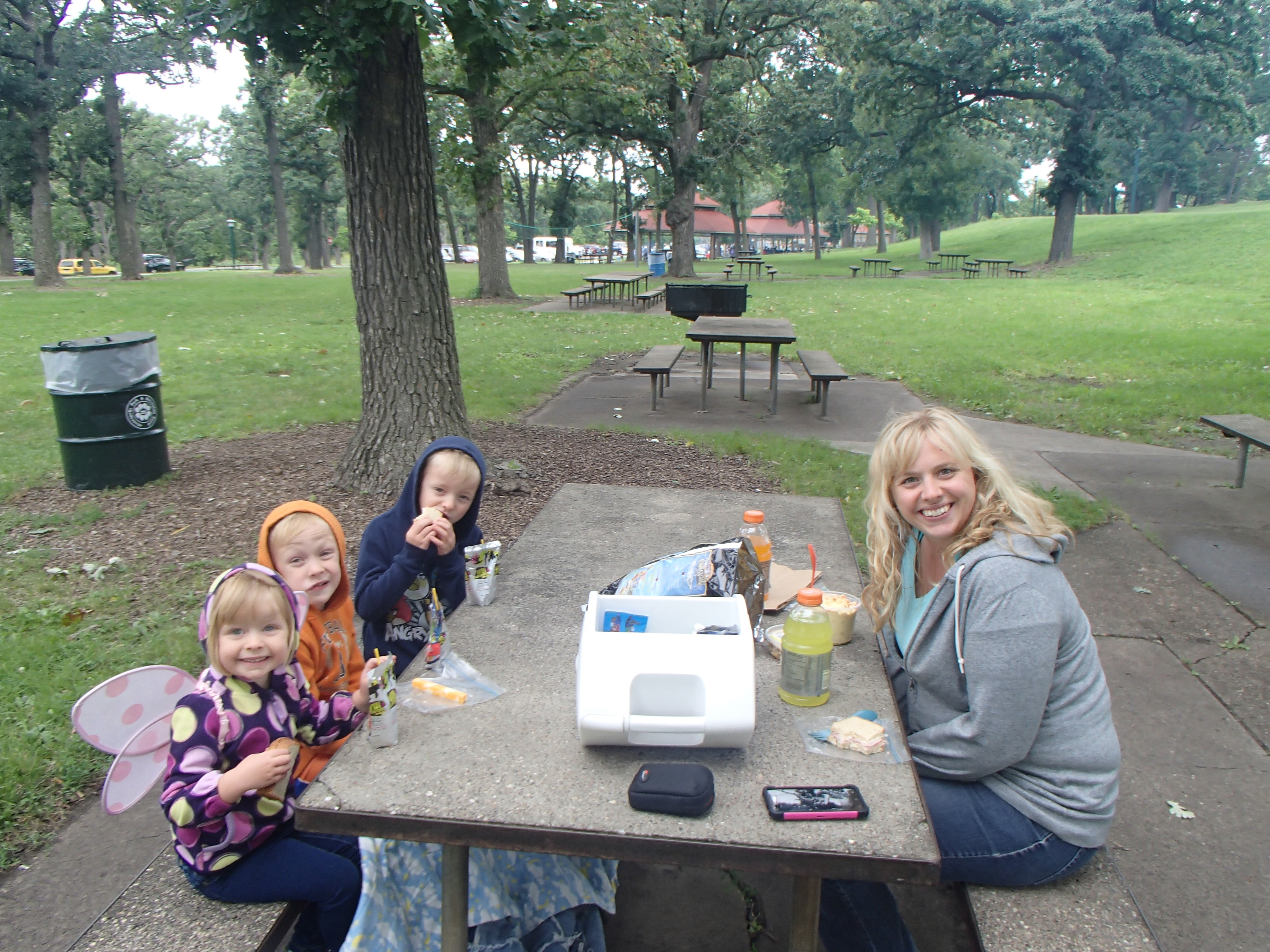 The kids were so cold they couldn’t even finish their sandwiches. Needless to say there was no hiking by our brood that day. 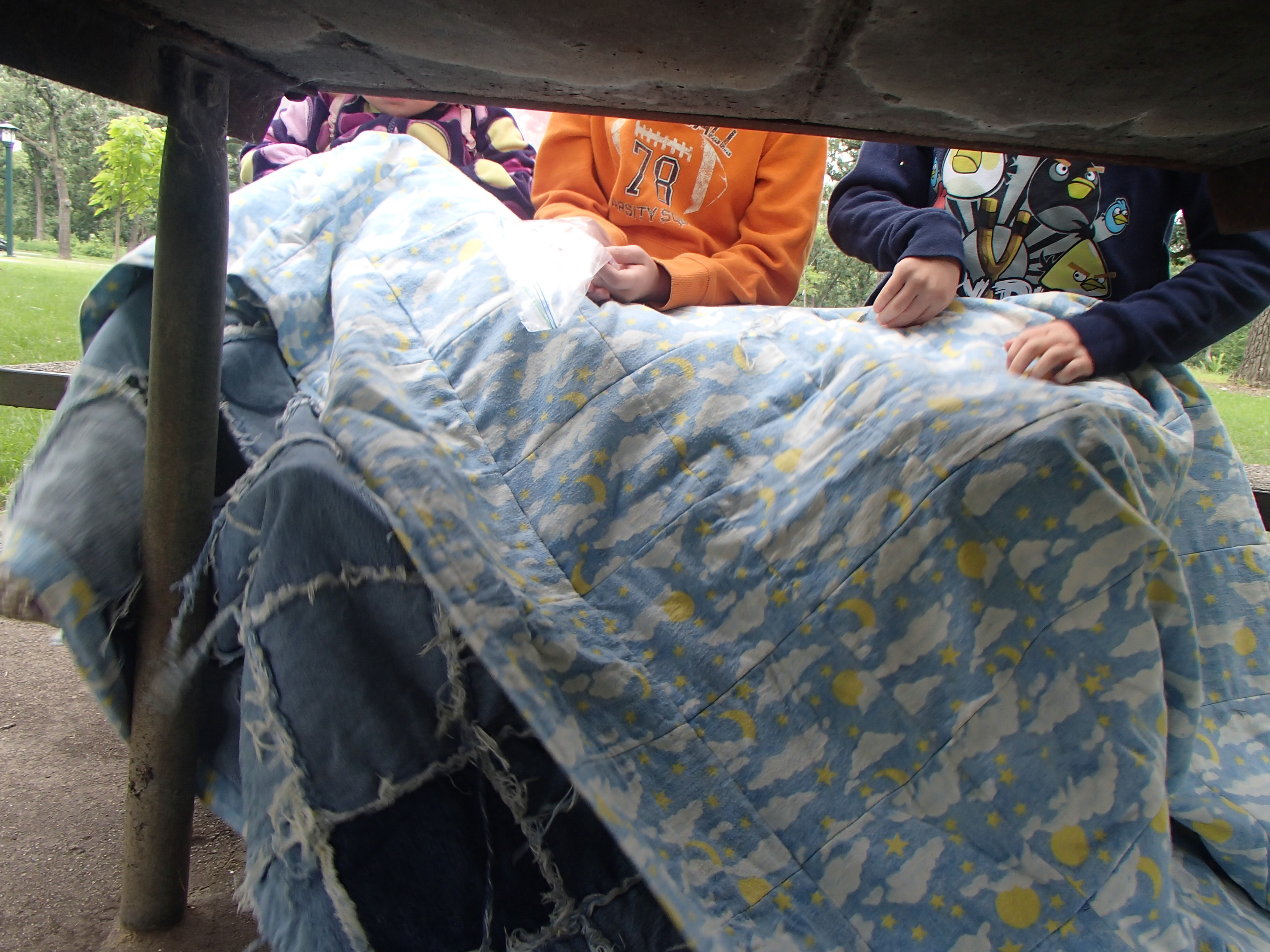 My cold and pathetic looking butterfly. 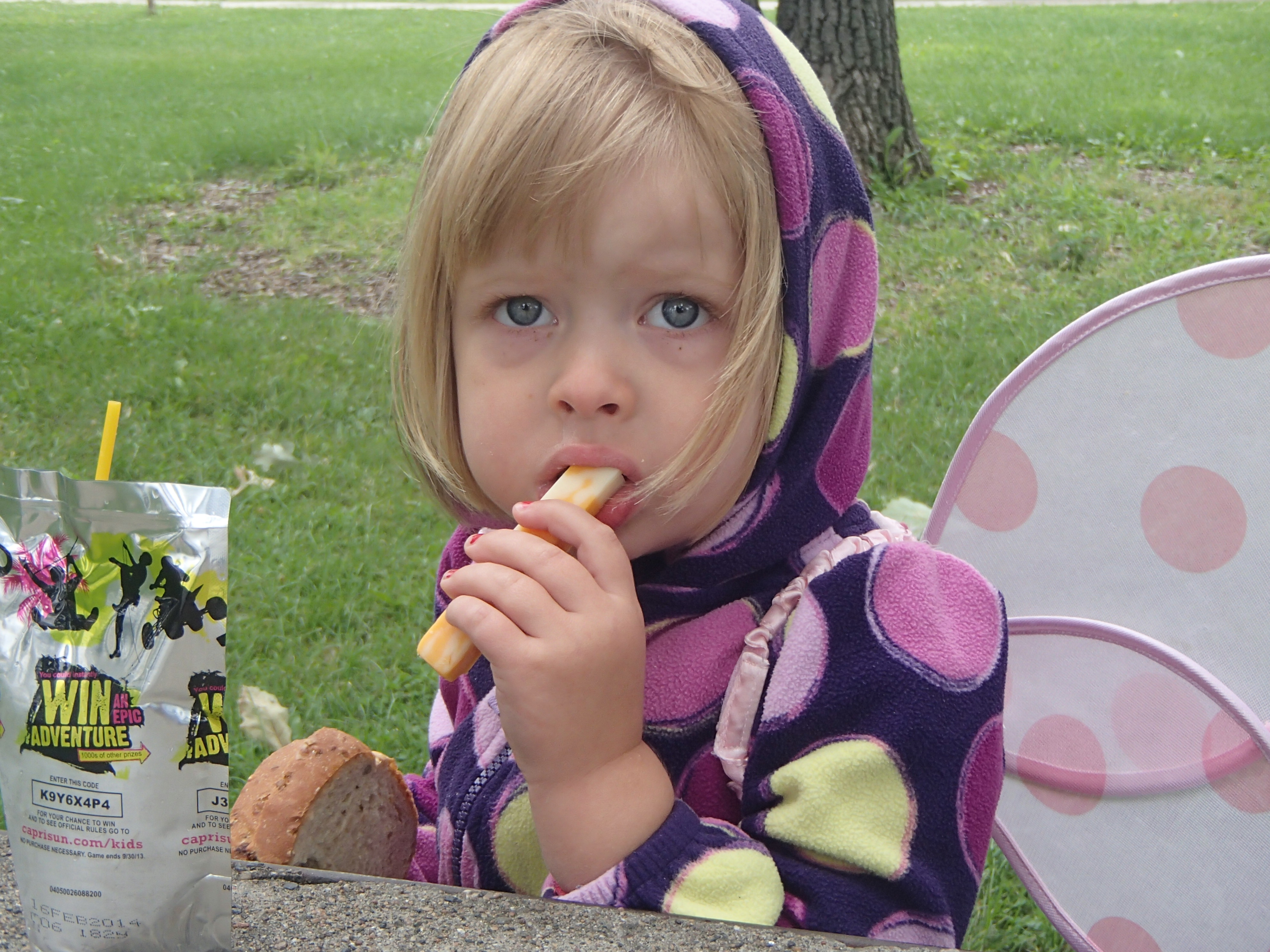 We spent less time at the park than it took to get there but it was all okay because on the way home we stopped at Target to get ice cream. I got to do something special at Target that day because it was my birthday. I got to say yes. I say no to the kids all the time but on my birthday when we walked by the toy isle I said yes. They each picked out a small toy and I savored spoiling them. When else can you spoil those you love guilt free?

Tim had ordered a cake from a famous local bakery, Dorthy Ann Bakery, and it was so good. 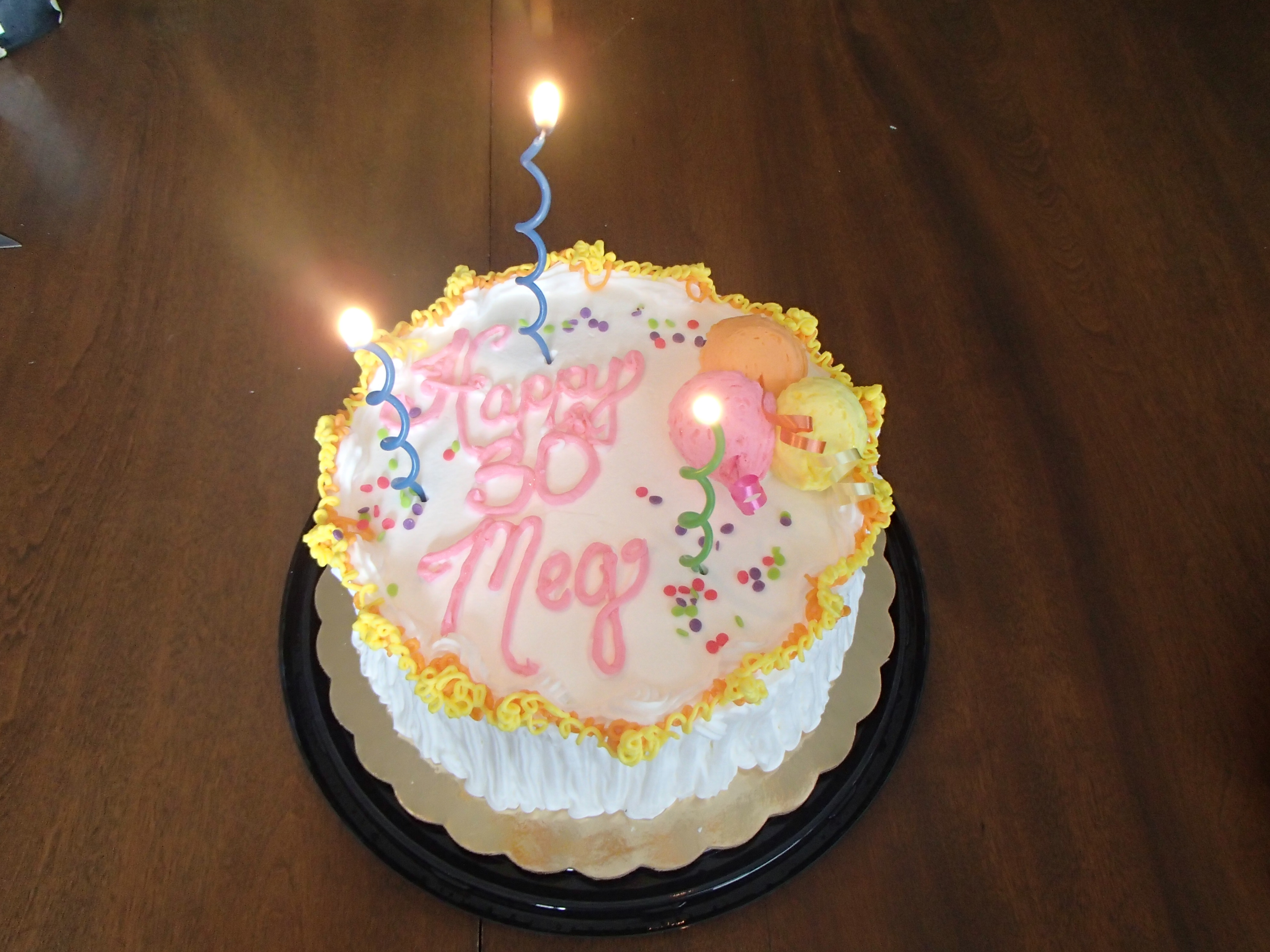 I love Michael’s intense face on this photo. It is like he can’t wait to see what happens when I blow out the candles… 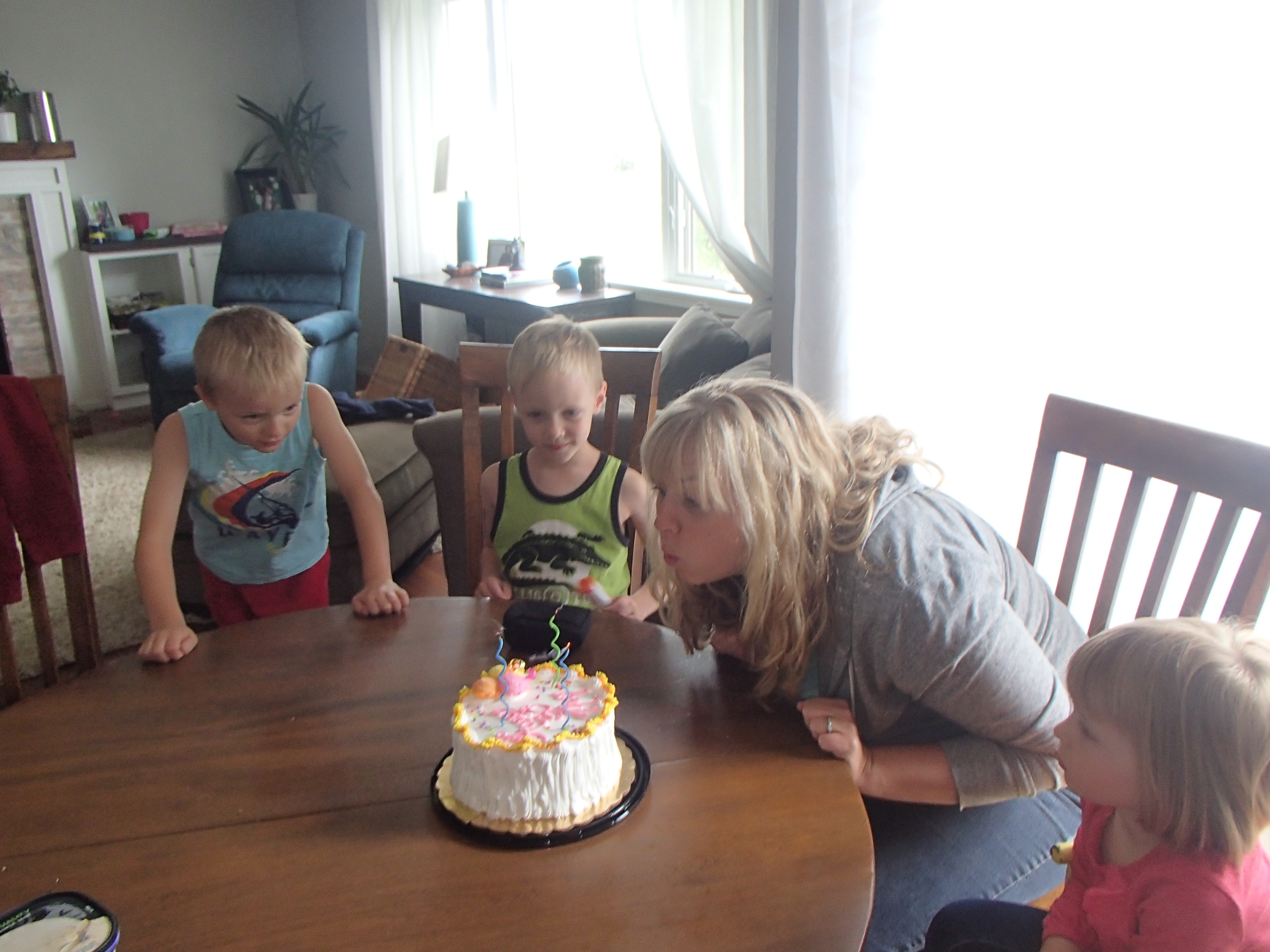 Did I mention the cake was good? 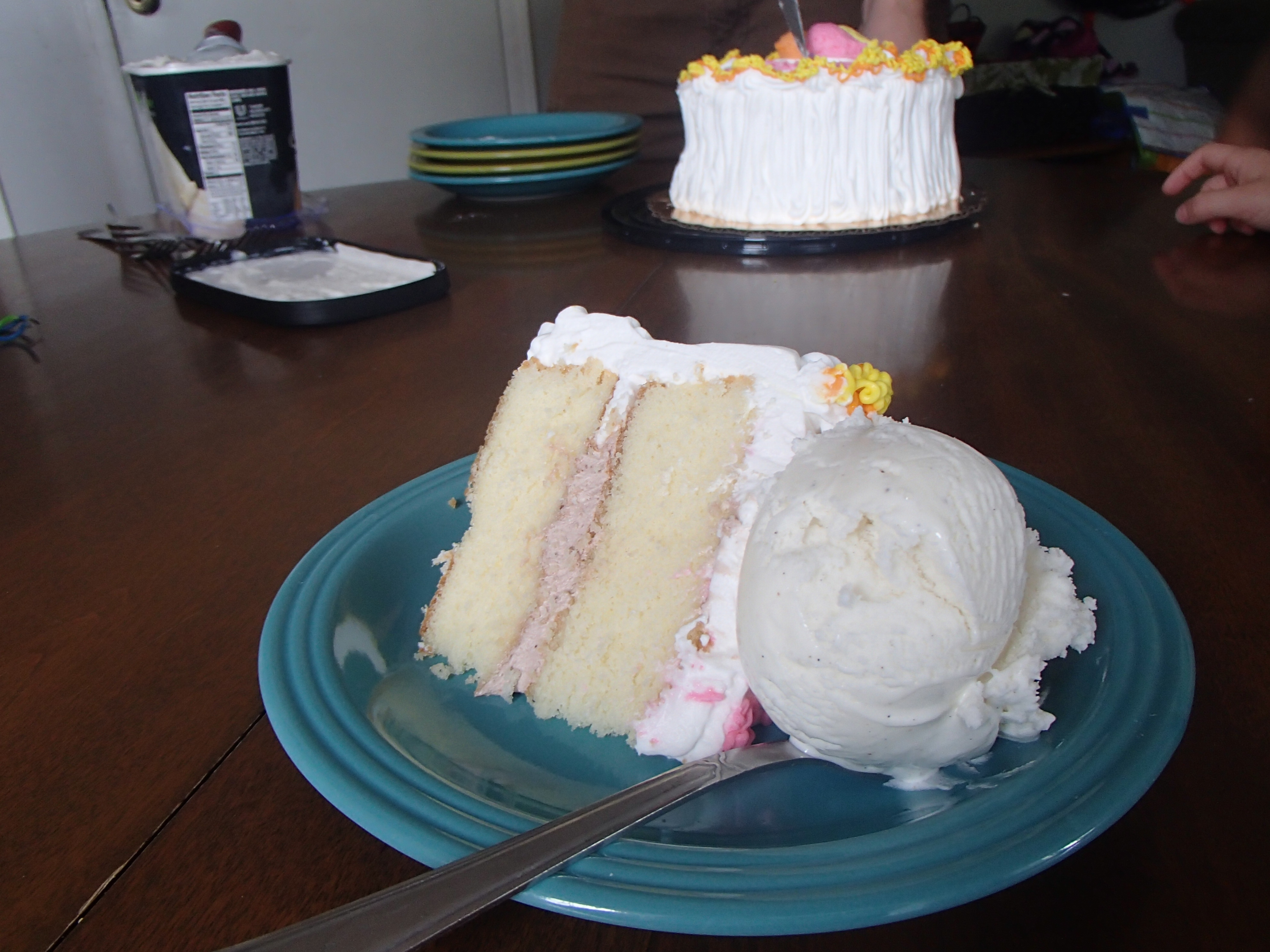 Beth came by later that afternoon and watched the kids so Tim and I could go out to dinner and a movie. I ate fish tacos at the Tavern Grill and then we watched The Heat at the movie theatre while eating popcorn. My favorite thing about Birthdays is that calories don’t count!  If you haven’t seen The Heat yet – go. It is hilarious. Tim and I still laugh when we talk about it a week later. Hands down the funniest movie I have seen in years.

Thirty is good. I think I am going to like this next chapter.

(all photos taken on my birthday were with my new camera)