After Elise’s Birthday it was Sunday. Is it just me or do the days of the week just not matter when you are on vacation? My folks were in town for the afternoon so Elise and I opened up gifts and we all went to eat. They headed on their way shortly after supper which gave me 24 hours to prepare for the next wave of guests.

Tim’s parents, or as the kids call them; Grandma and Grandpa Shannon, came into town Monday night and stayed through Friday morning.

The first full day they were here Tim and I used them as an excuse (got to show your guests a good time!) to give Minnehaha Falls another go after my failed birthday picnic. 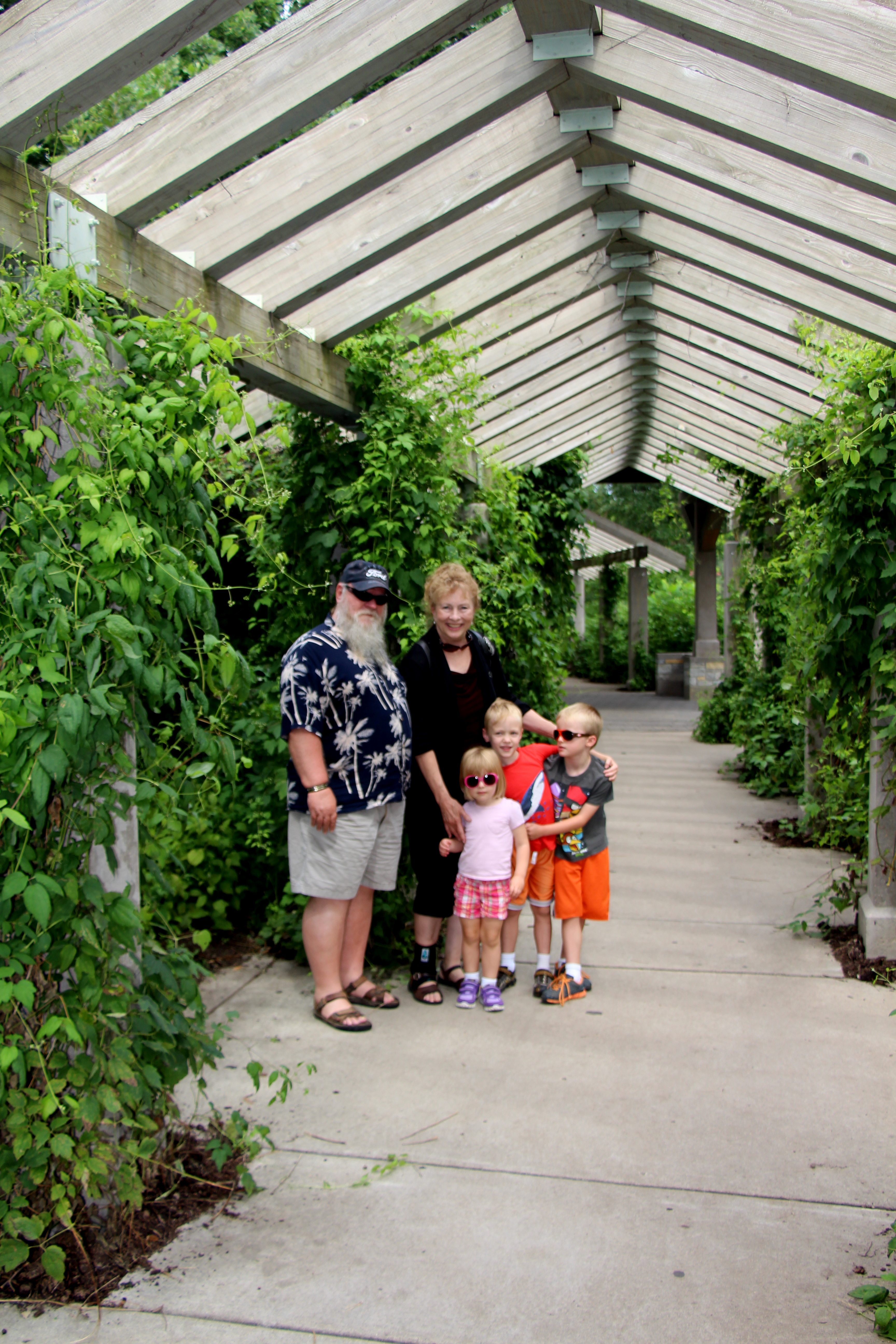 It was so much fun. I can’t believe we haven’t explored this gem before. We have been to the park twice for corporate picnics but never ventured down the hiking/walking paths until that day with Grandpa and Grandma Shannon. 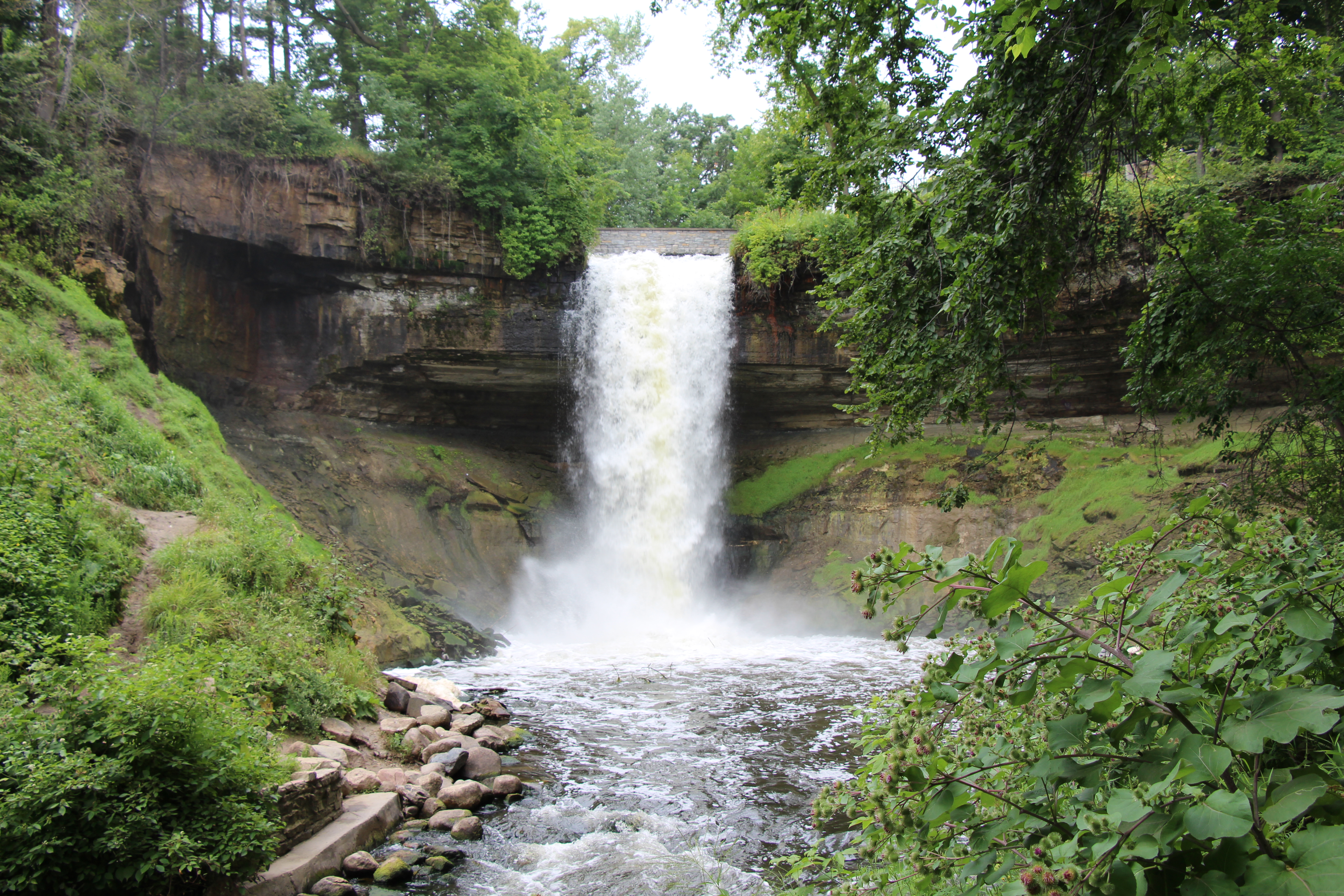 The kids had a blast exploring the paths, throwing rocks in the water (still a favorite activity of my kiddos), watching the waterfall, talking about how cool it would be if it was a lava fall and how they could make lava falls in Minecraft and just enjoying exploring something new. 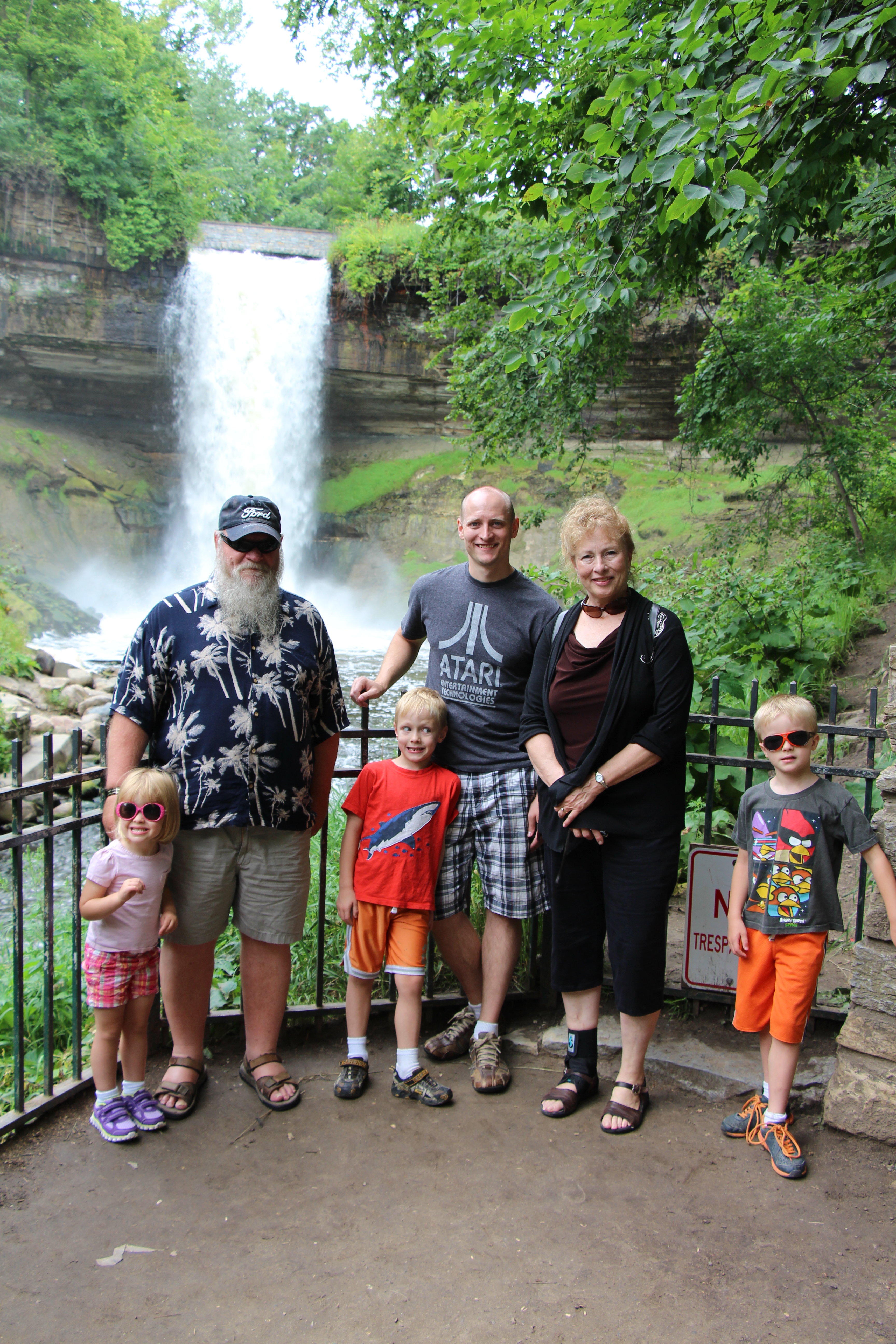 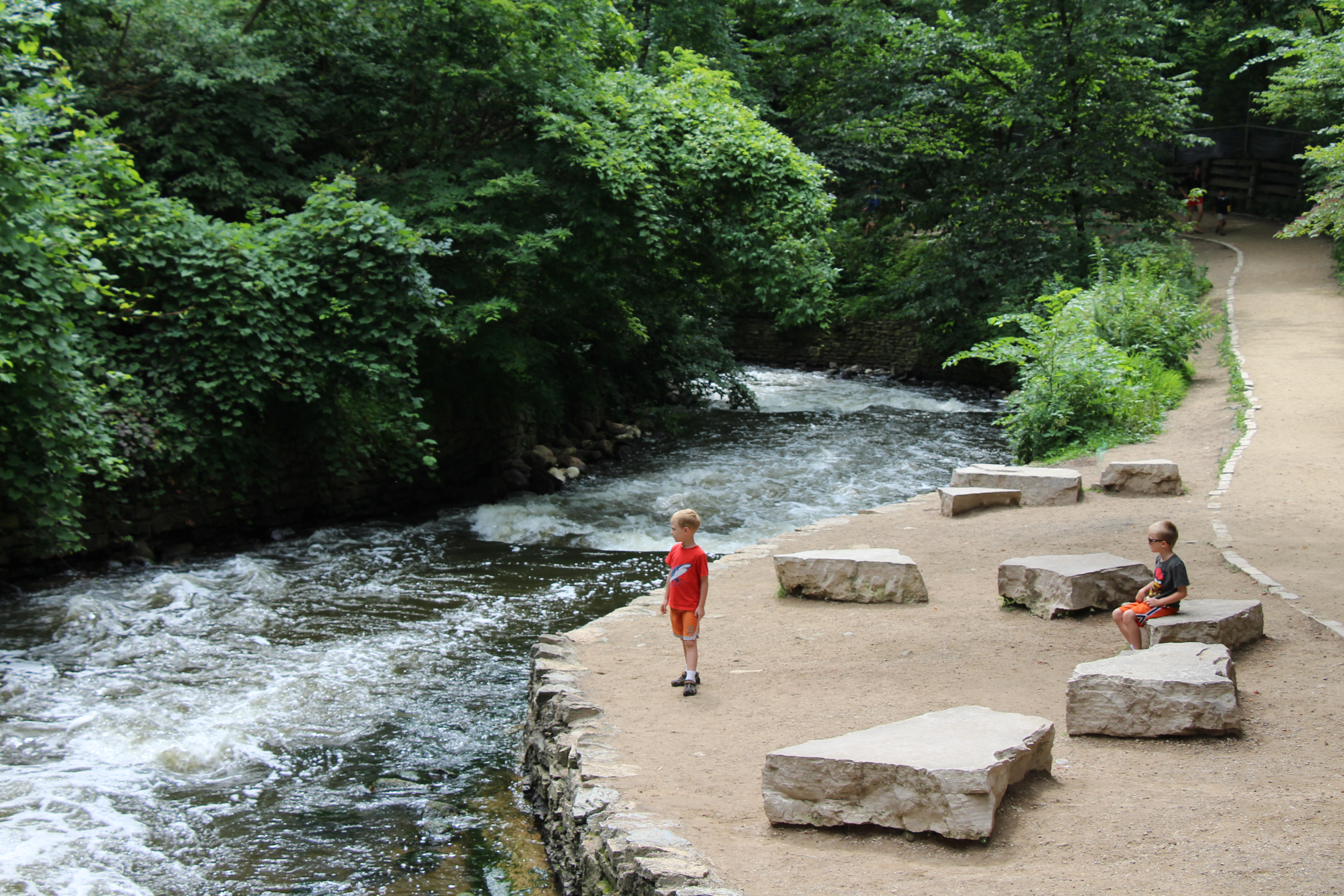 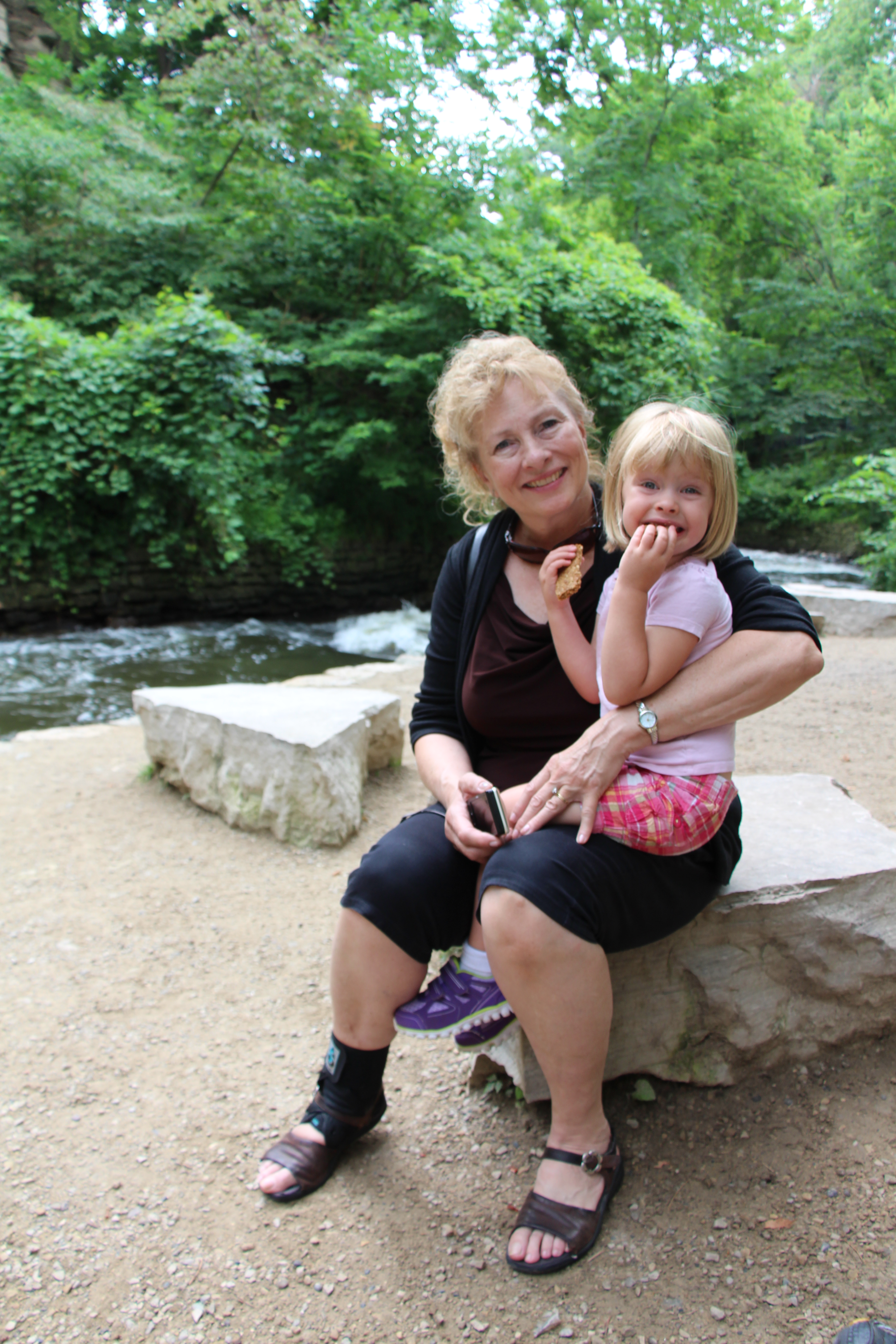 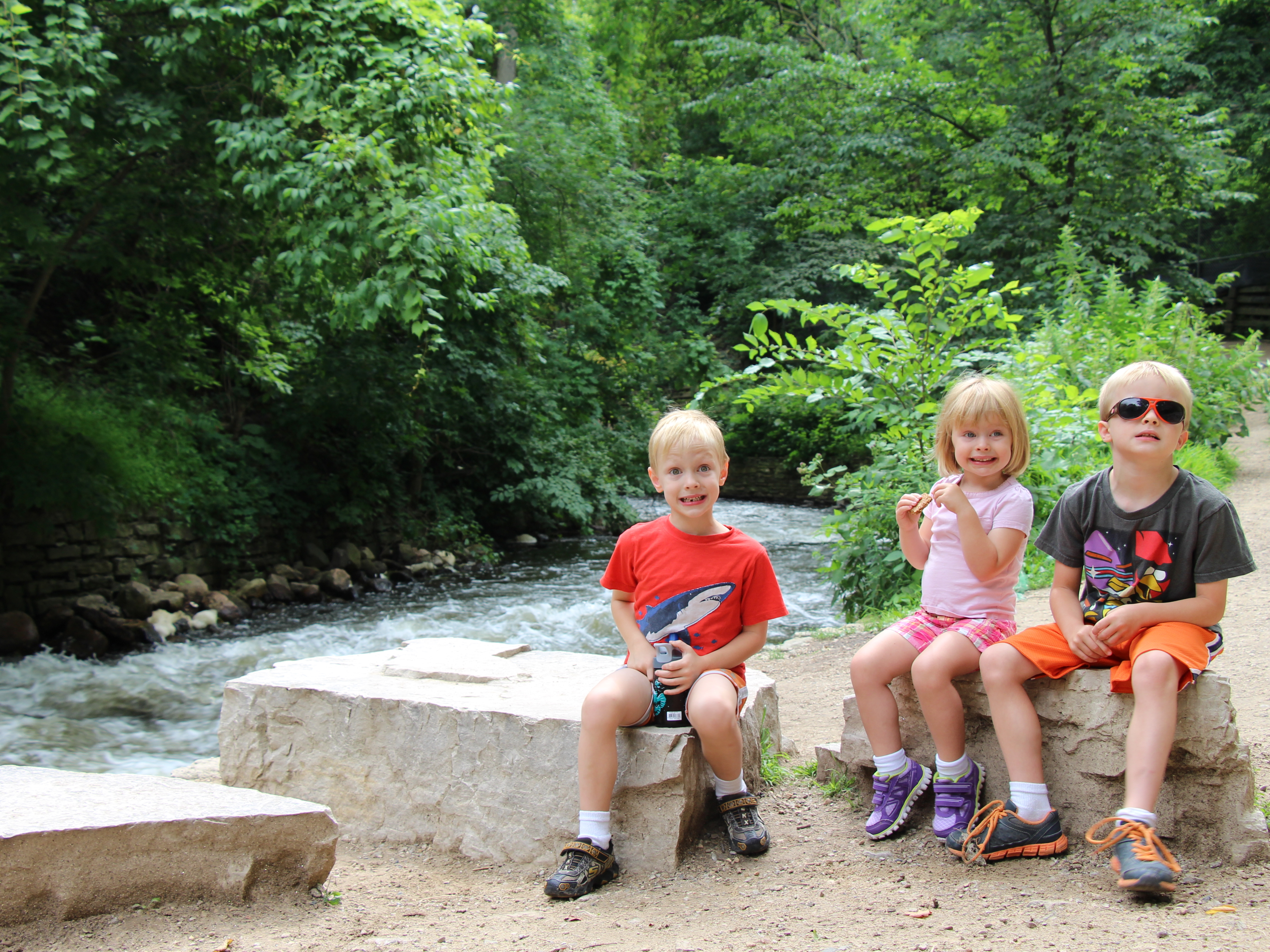 Minnehaha Falls will definitely become a regular on our list of parks, and now that we know what to expect, I will make sure to dress the kids in swim clothes and bring some water shoes to change into. 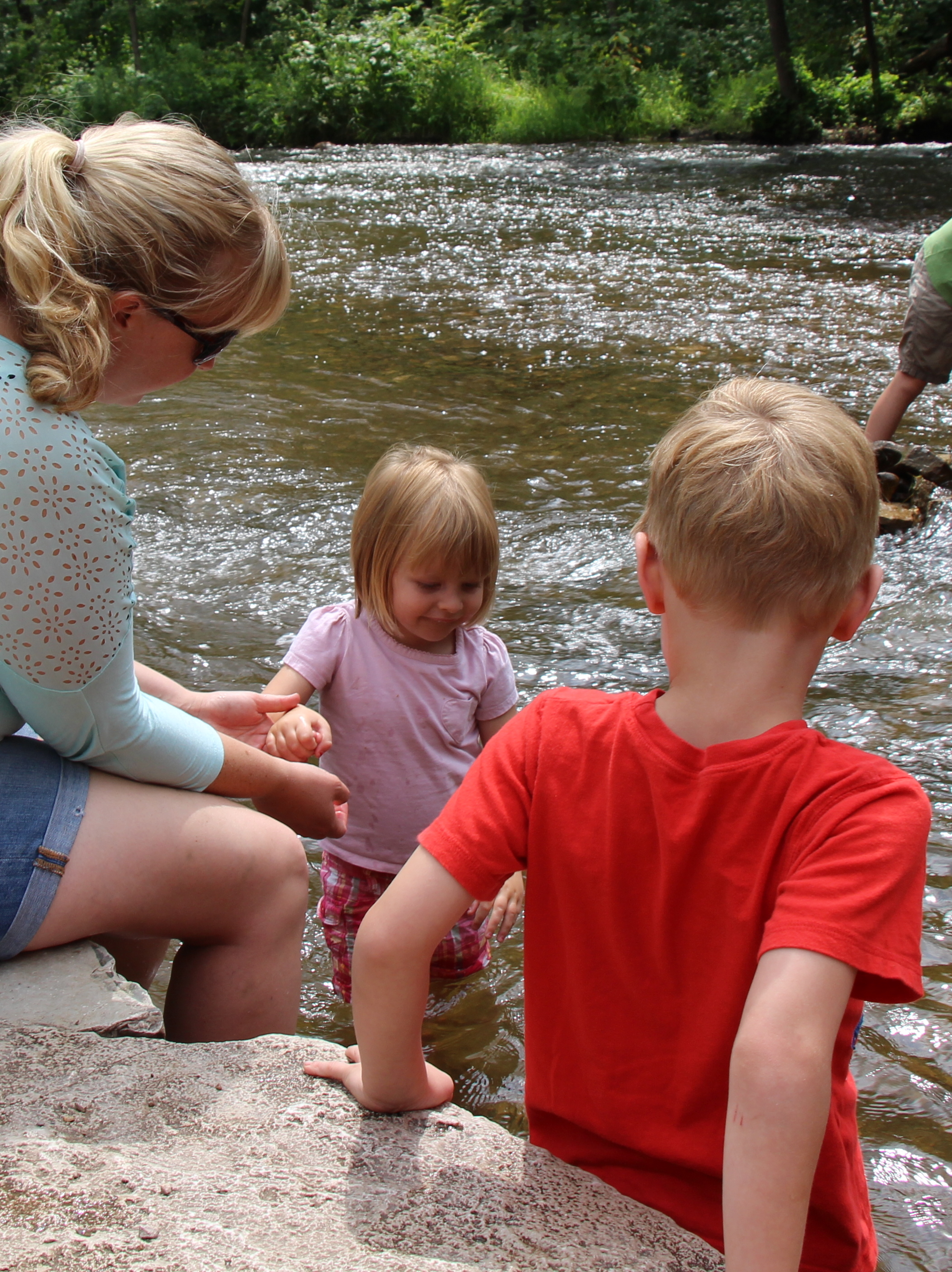 It didn’t take long for Elise to forge a bond with Grandma Shannon. They became quite inseparable over the 5 days they were in town. 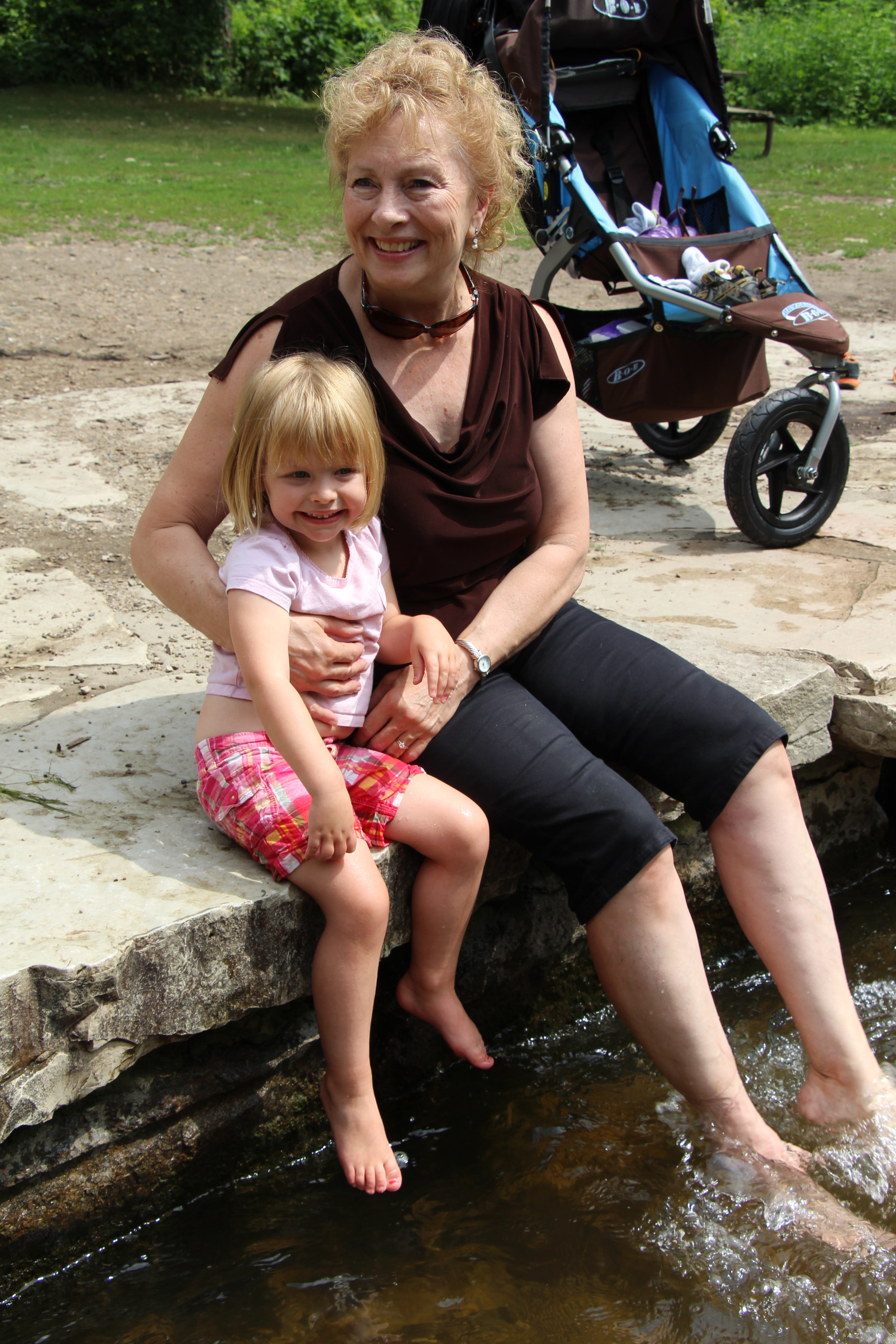 Patrick of course was the first one to break away from the group and, like a salmon, he started heading up-stream where all the action was; i.e. kids building a rock dam. 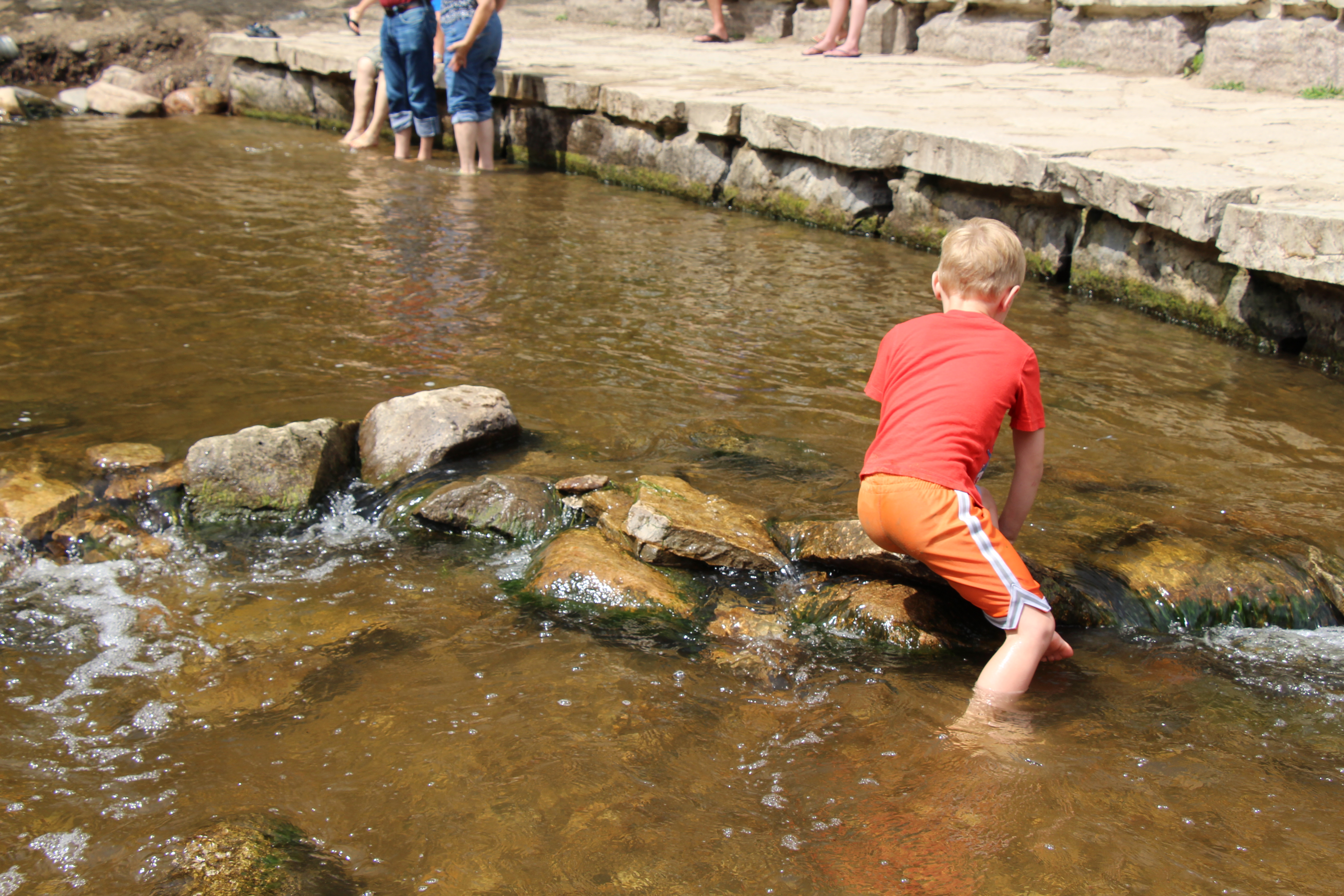 Michael didn’t venture as far, but he still had fun wading in the water and figuring out which way the current would go while the other boys placed rock after rock on the “dam” 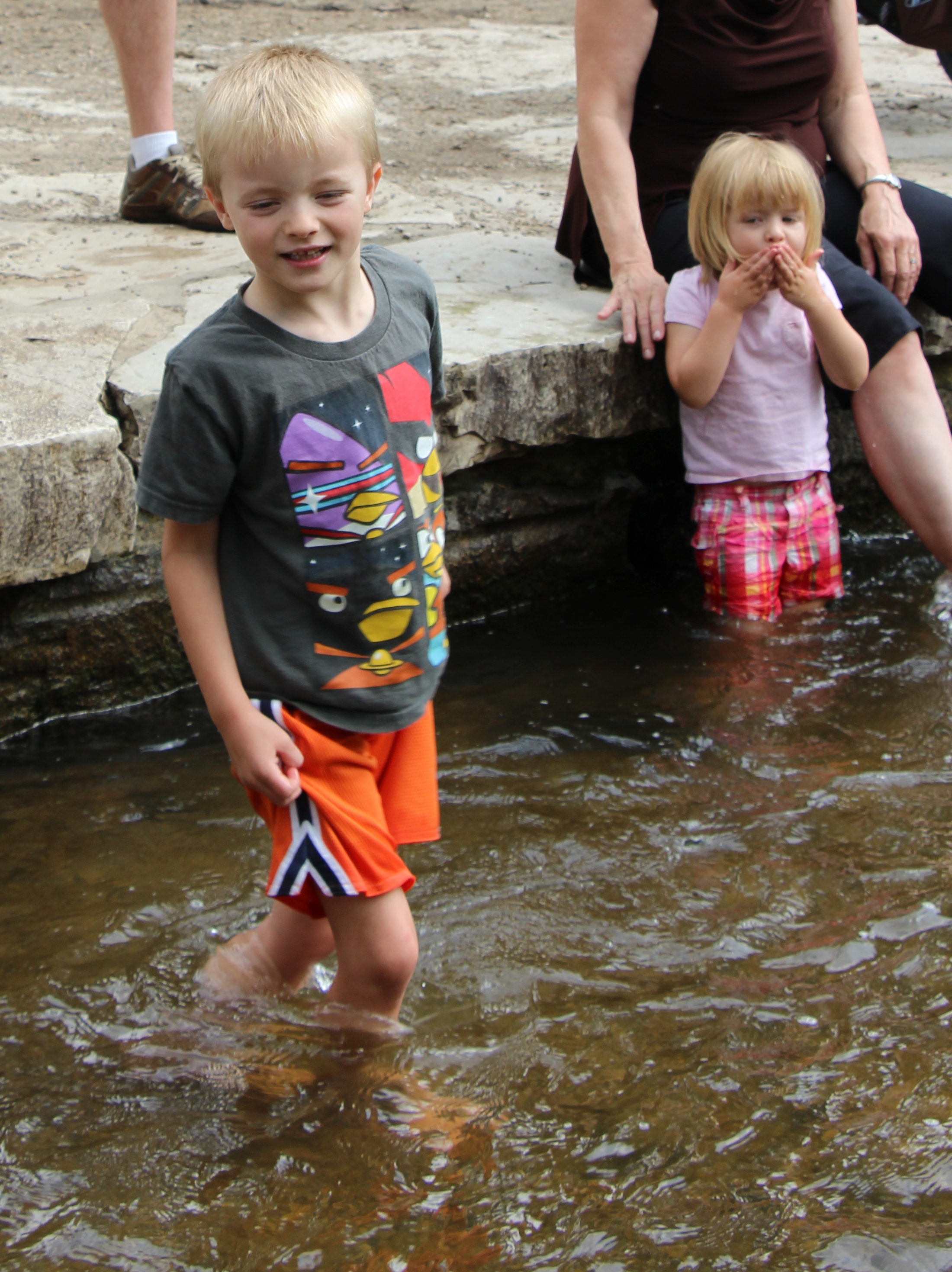 Photography side note. I learned that wadding into a heavy current and standing unevenly on sharp rocks to get a good shot makes it hard to focus on the intended subject. Man, I wish Michael was in focus here. 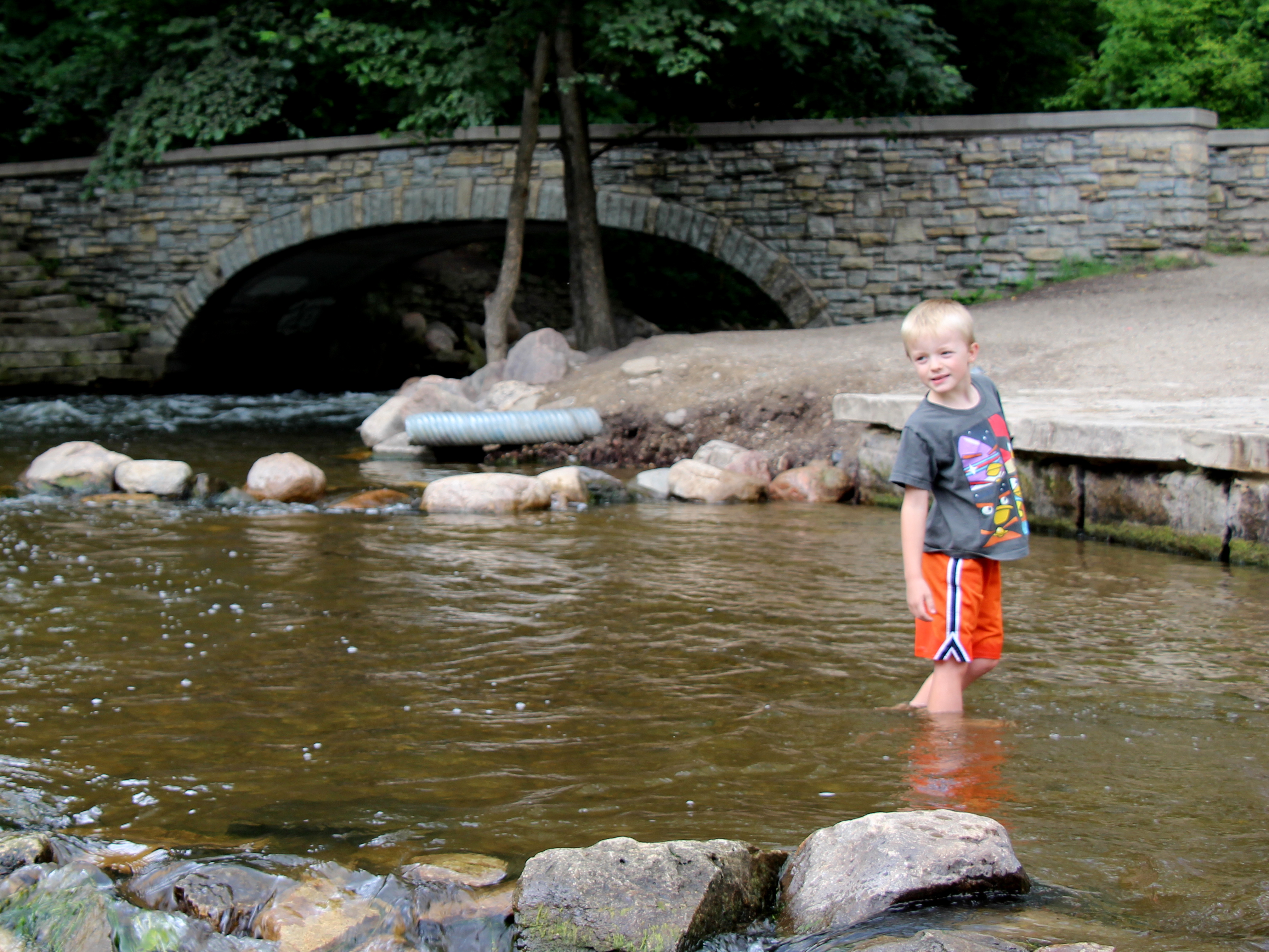 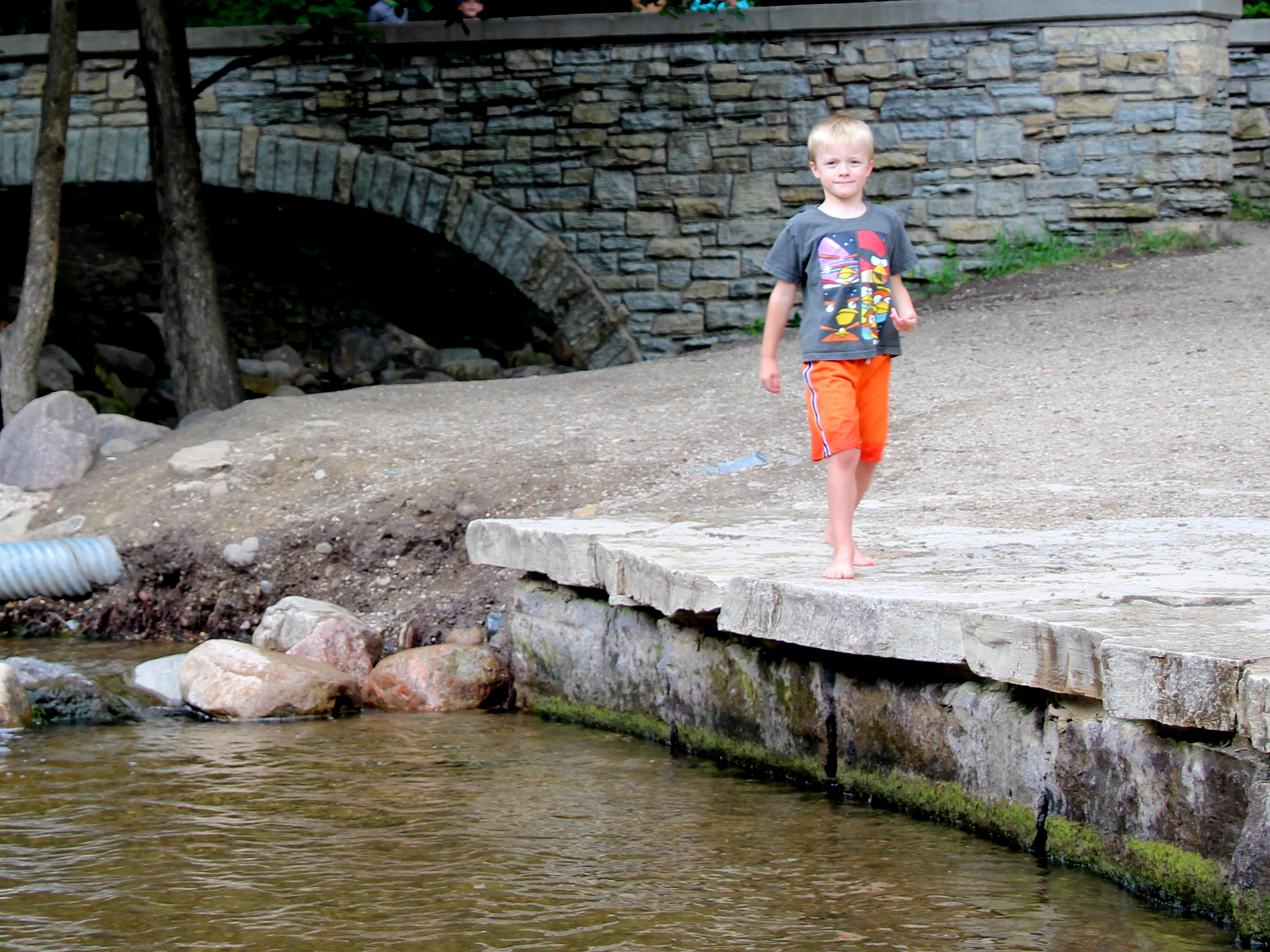 I think the adults appreciated the cool water after the hike just as much as the kids did.

At the top of the hill we hiked was a splash pad. Luckily, there was still a swim suit bottom for Elise in the bottom of the stroller from when Beth watched the kids the weekend before. Elise was concerned with not wearing the right clothes for the situation, but after a few minutes she lightened up, made a friend and had fun. This shot was taken before she got over wearing a wet T. 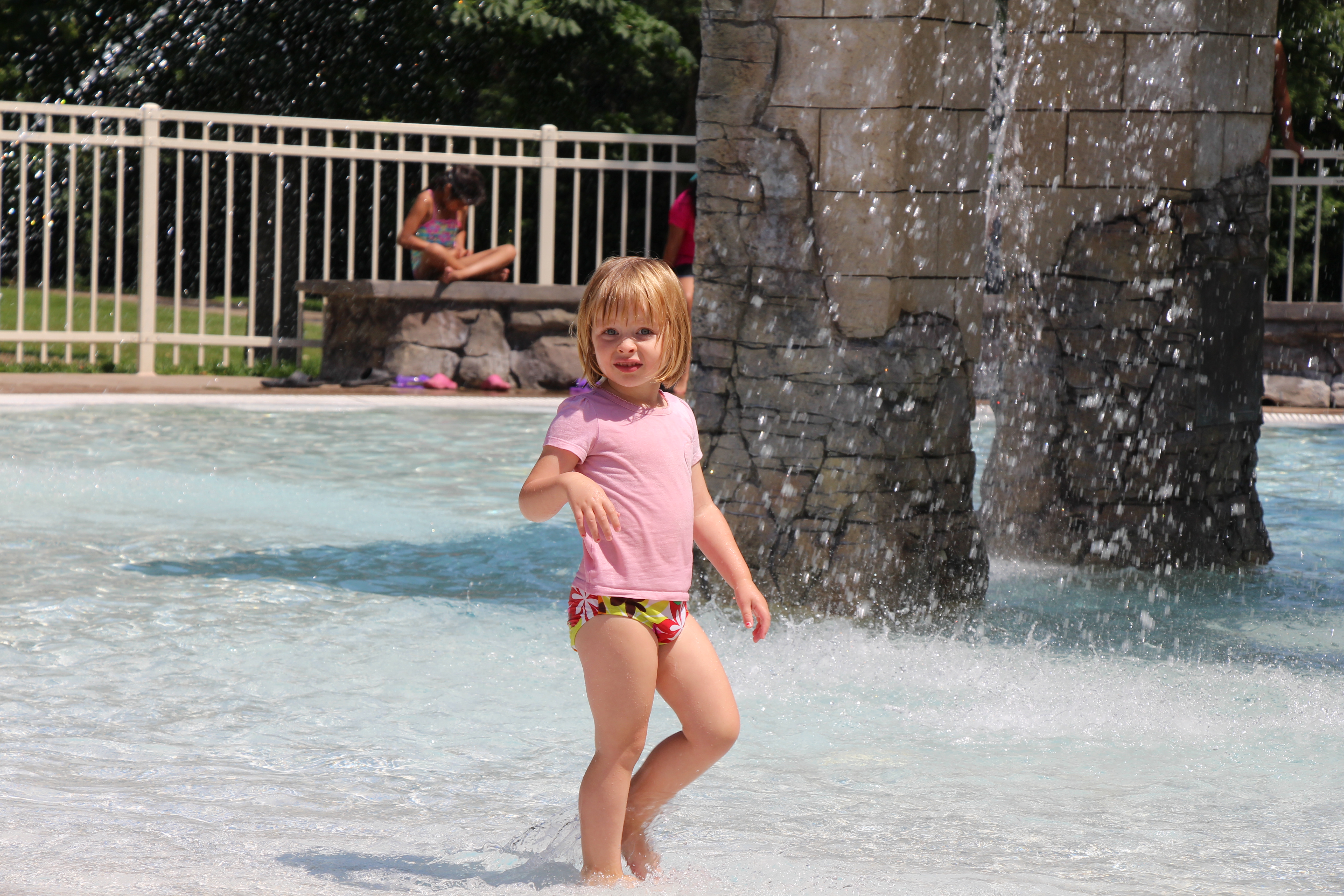 The boys were not bothered by the lack of swim gear the slightest bit. 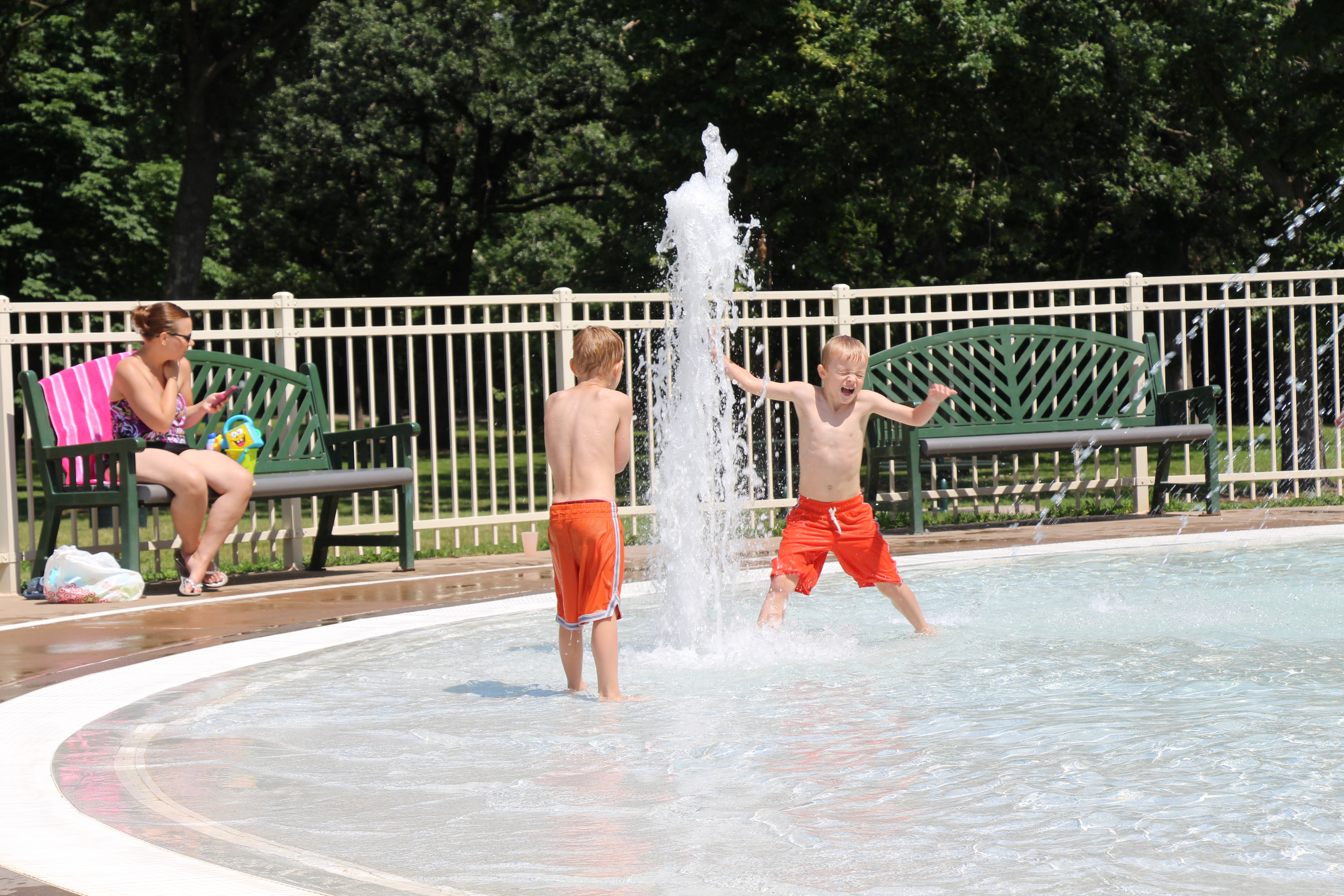 We headed home after the splash pad made a quick change into dry clothes, then took Tim’s folks out to eat for a belated Anniversary dinner.  It was a long day for everyone but it was a fun one. I know that the kids will have memories from this day for years to come.