Project-cation just doesn’t have the same ring as Staycation. Tim would be the first to tell you it isn’t nearly as relaxing as Staycation either, but man did we get a lot done.

We left off with a trip to Minnehaha and an indulgent dinner out with Grandma and Grandpa Shannon. The next two days were packed full of projects and some major checking off of the to-do list. I was in project heaven and having Ruth by my side made the progress of the projects go that must faster.

Tim tackled the garage, while I was visiting my Mom on Wednesday morning.  When I came back he had already taken a load of wood to the compost people to be turned into mulch (Reuse-Recycle people!) and had everything else stacked into piles of “find a place for it”, donate to Habit ReStore, get Meg’s permission to throw away and a “I will throw no matter what Meg thinks” pile.

I was shocked at the progress he made considering I didn’t know he was going to tackle the garage. We decided that the best thing to do would be to split up, so Tim continued working on the garage, Ruth and I started staining the million and two spindles on the deck and Jim was in charge of dealing with the boys (if they had an issue) and Elise was napping. 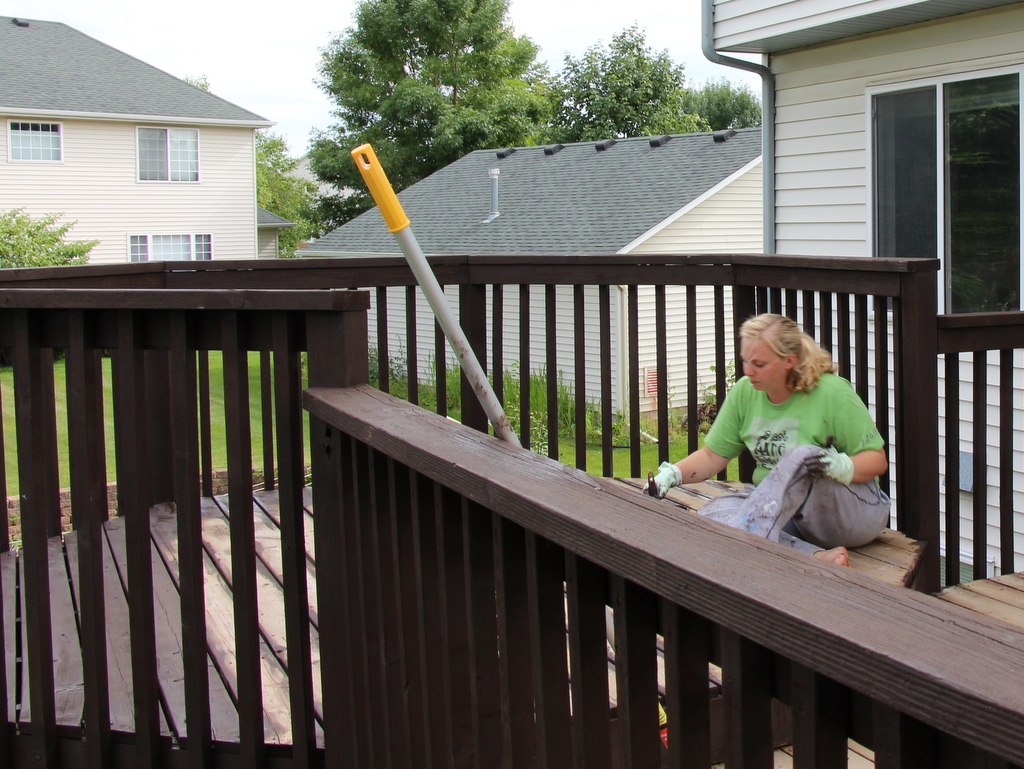 We stopped long enough to go to Michael’s soccer game that night and boy did he love having the extra-large cheering section.

The next day Tim finished up the garage and then started repairing what needed to be repaired on the deck. We finished staining the deck that day too, just in time for Patrick’s soccer game. I think Jim had the most fun watching the soccer game. It may be frustrating to watch but seeing Patrick play soccer is mighty entertaining. 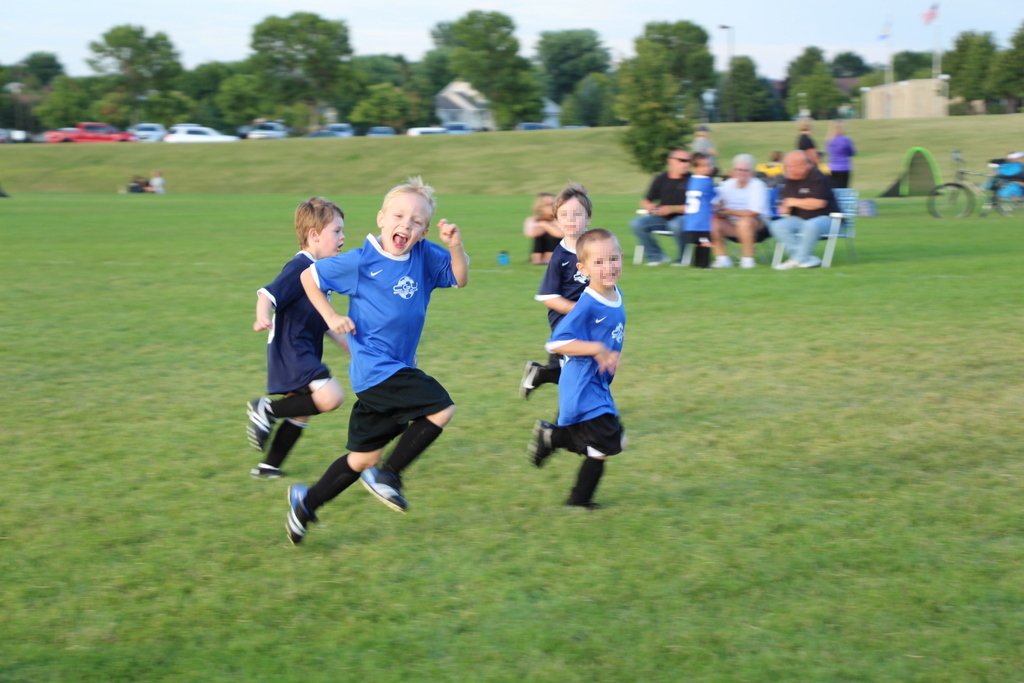 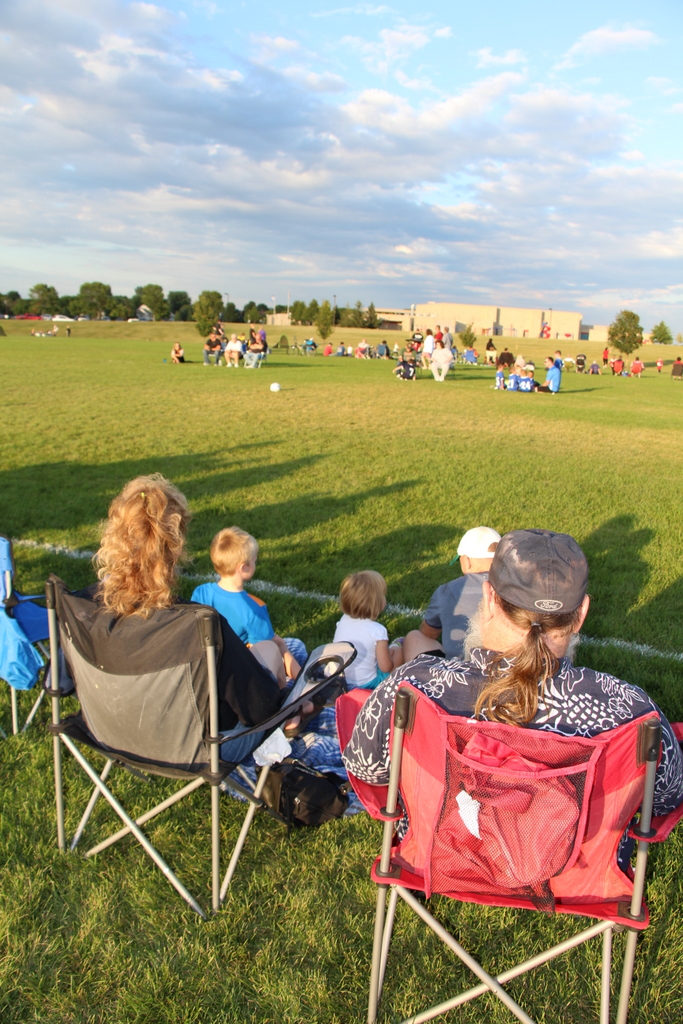 Elise loves going to the soccer games. Sometimes she sits nicely and watches, sometimes she goes and plays with other kids who got dragged along to the games and sometimes Tim does this with her to keep her content. 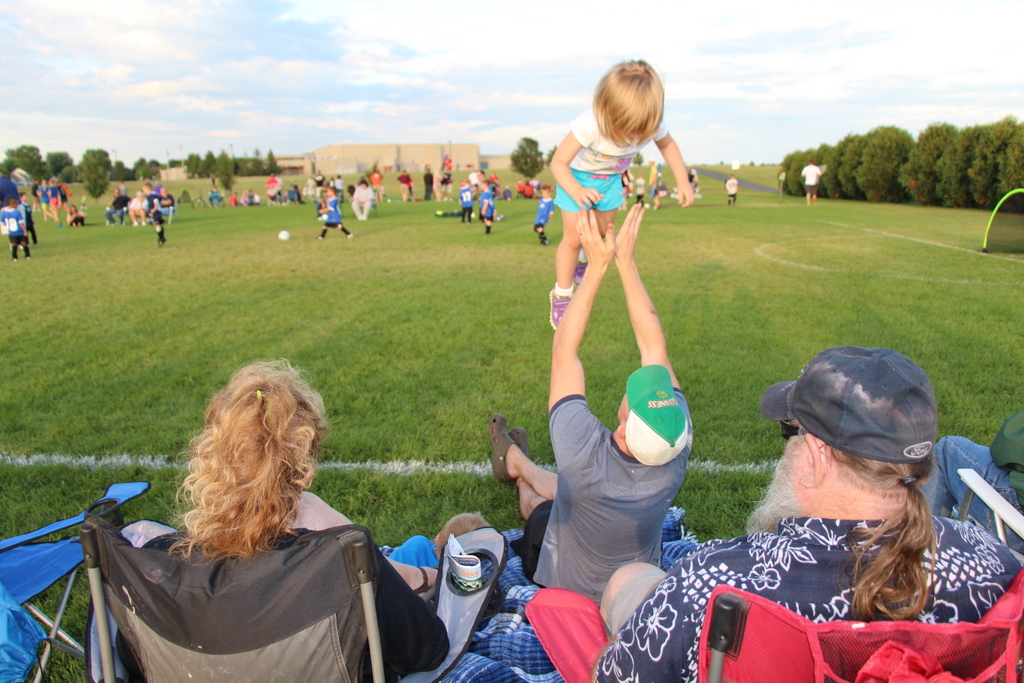 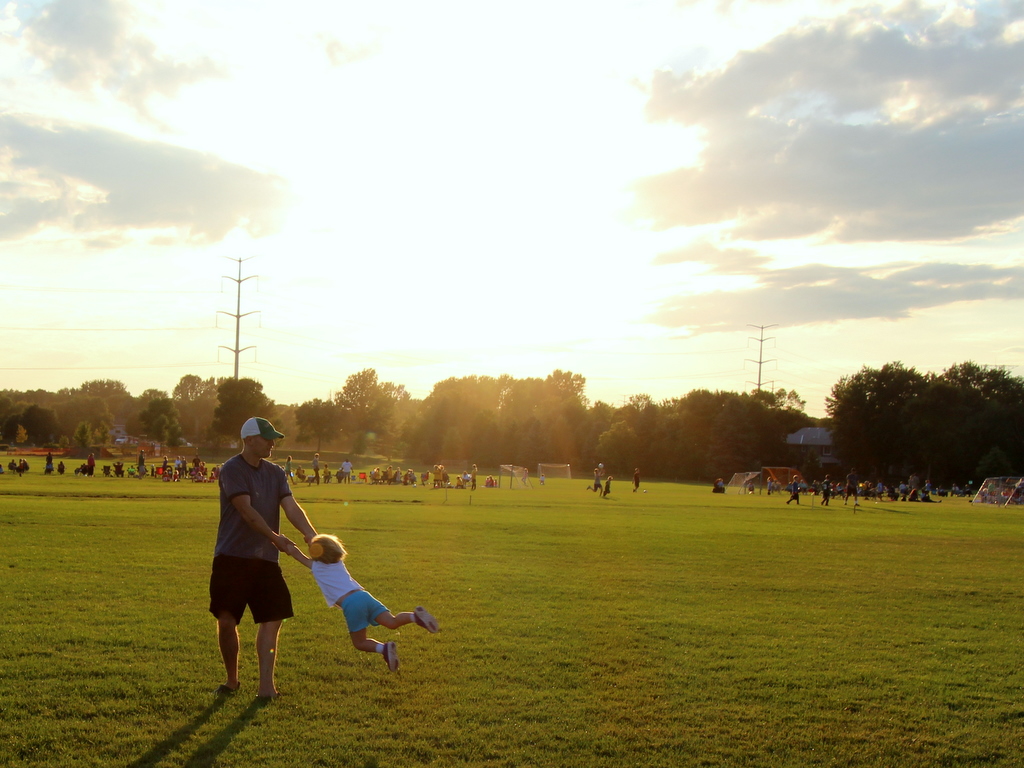 To Ruth, Thank you for all your help. We couldn’t have gotten half of the projects we started and completed done with out your help!

note: Elise’s birthday post is ready to go up. I just need to get some good recent photos of her so stay tuned. An Elise photo shoot is scheduled for this weekend.

One thought on “Staycation turned Project-cation”