Early bird gets the worm, right? Or in this case, peanut butter and birdseed. We made bird feeders a week ago and the kids were excited to hang their bird houses up to the now empty bird feeder. I guess will be making more bird feeders next week, Michael said so. 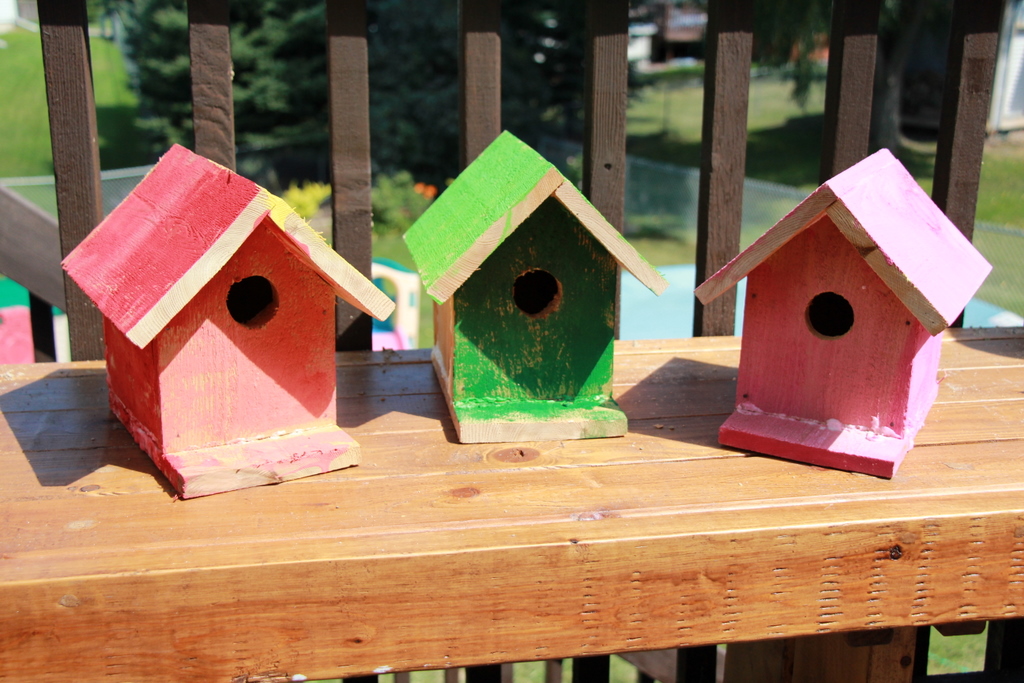 With the promise of making bird feeders again next week I was able to wrap up the bird house project with a few screw hooks I found in the garage and some twine. 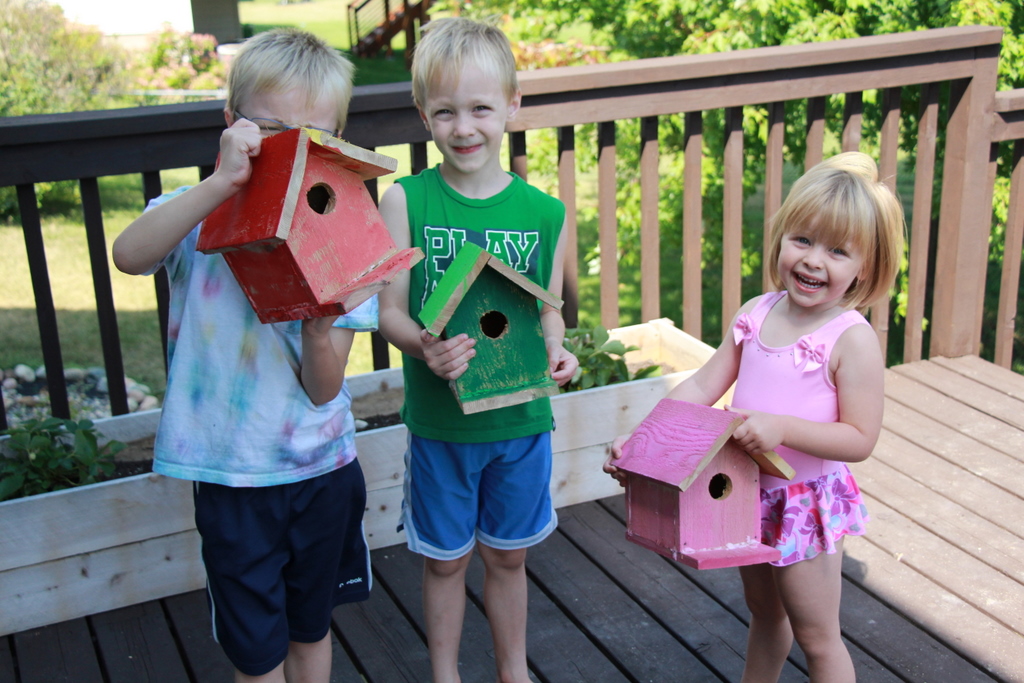 We hung up the bird houses and then the kids worked on drawing and writing the postcards I made for the “letters home” part of SAHM CAMP. 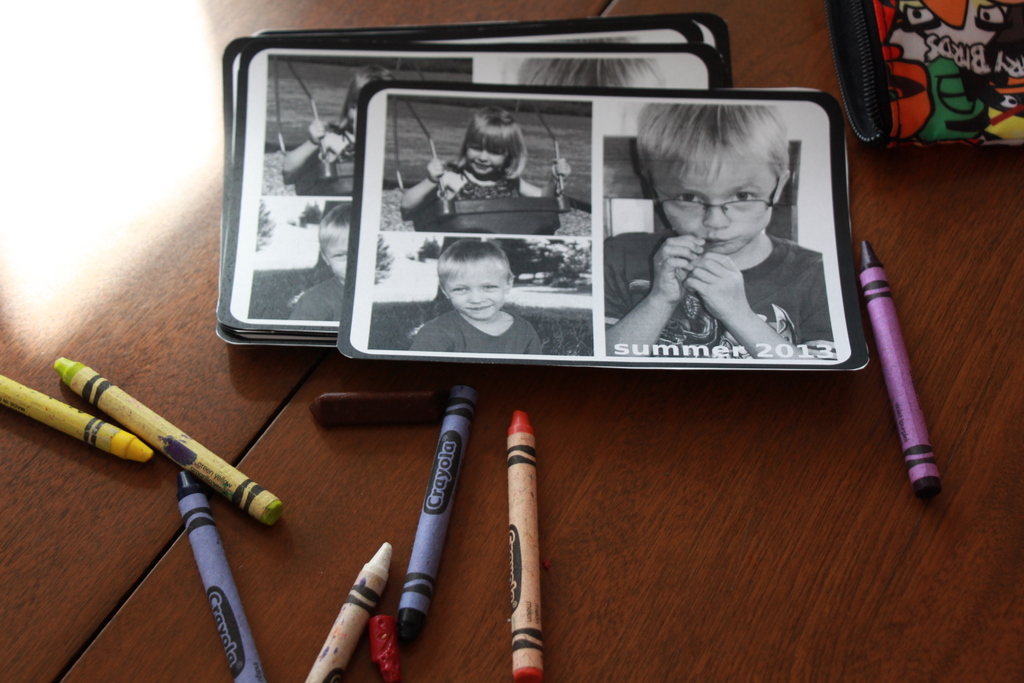 It is good to have a selection of colors waiting and ready. You never know what shade of pink a girl will need. She totally picked the crayons herself. 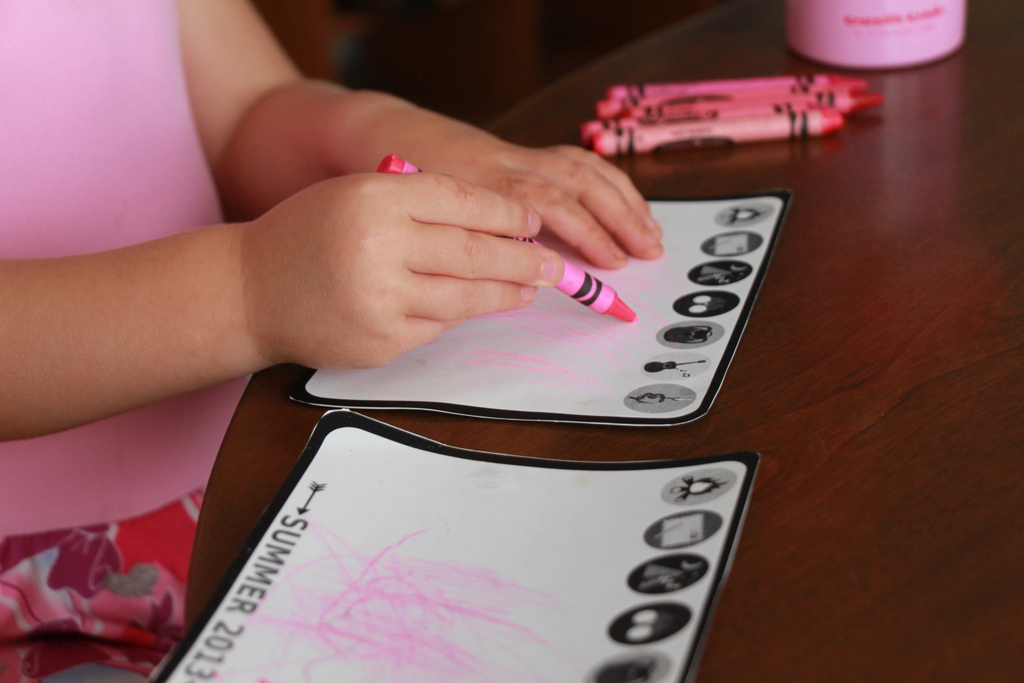 Michael was into this project and was excited to color some of the activities we had done throughout the week on the postcards. Patrick wasn’t into this project because… well it was work and he isn’t really into working. Patrick did the orange scribbles in protest to me saying, “YOU will NOT leave this table until you draw something.” 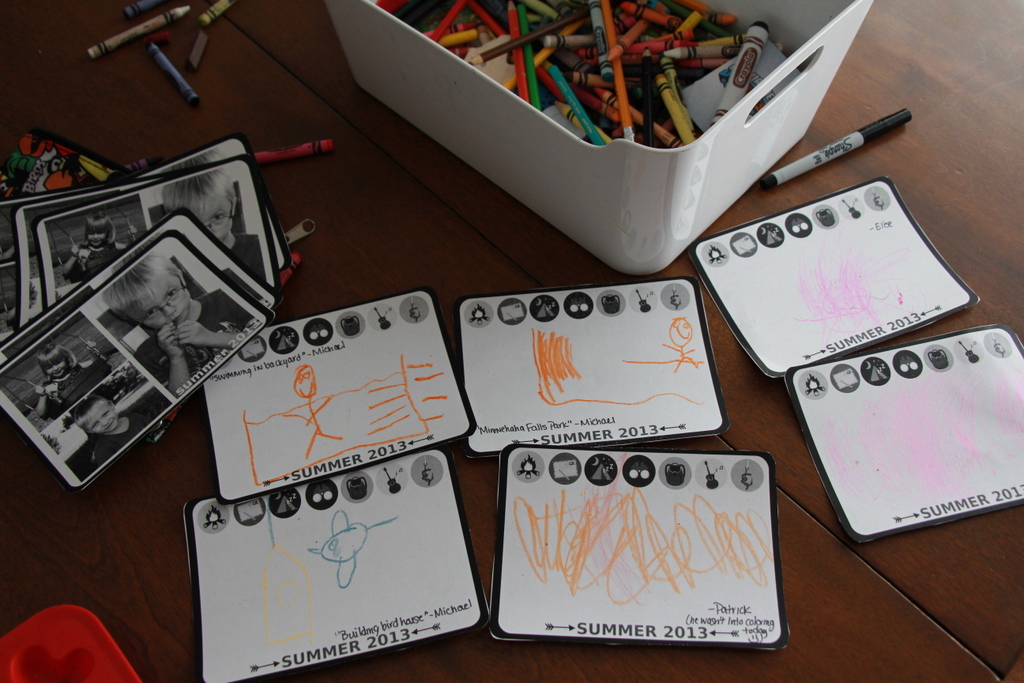 We spent the rest of the day swimming in the pool one last time before Tim tore it down for the summer. We didn’t spend as much time in the pool as I thought we would but we swam whenever the weather allowed.

All of these photos were taken with my birthday camera. 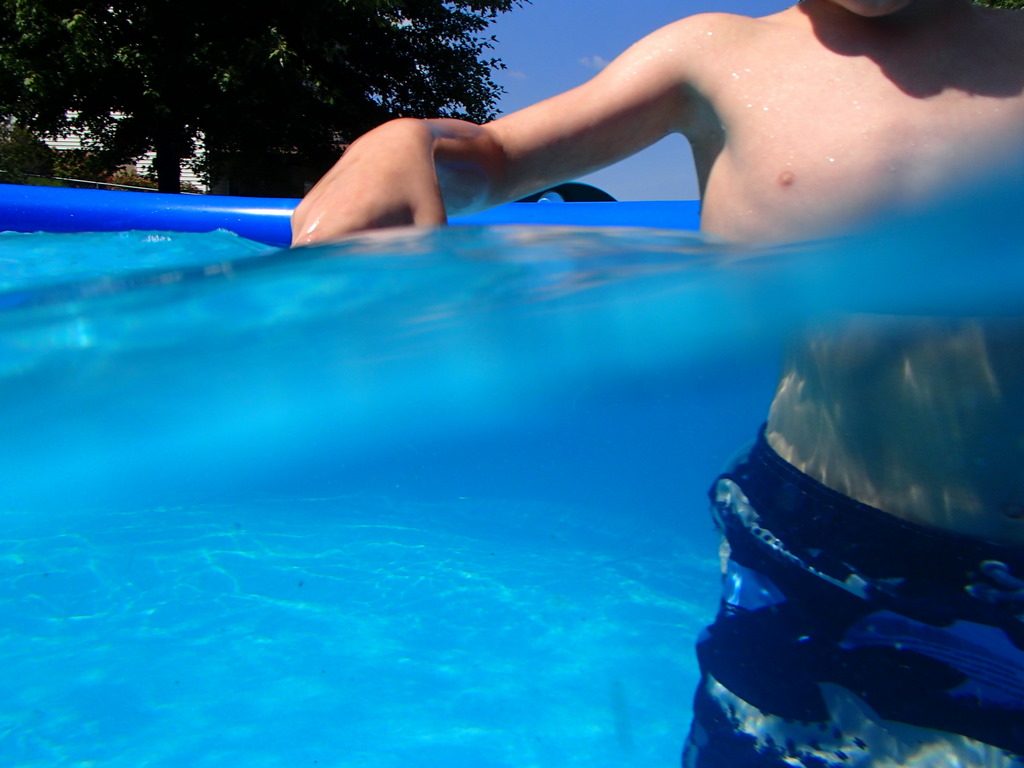 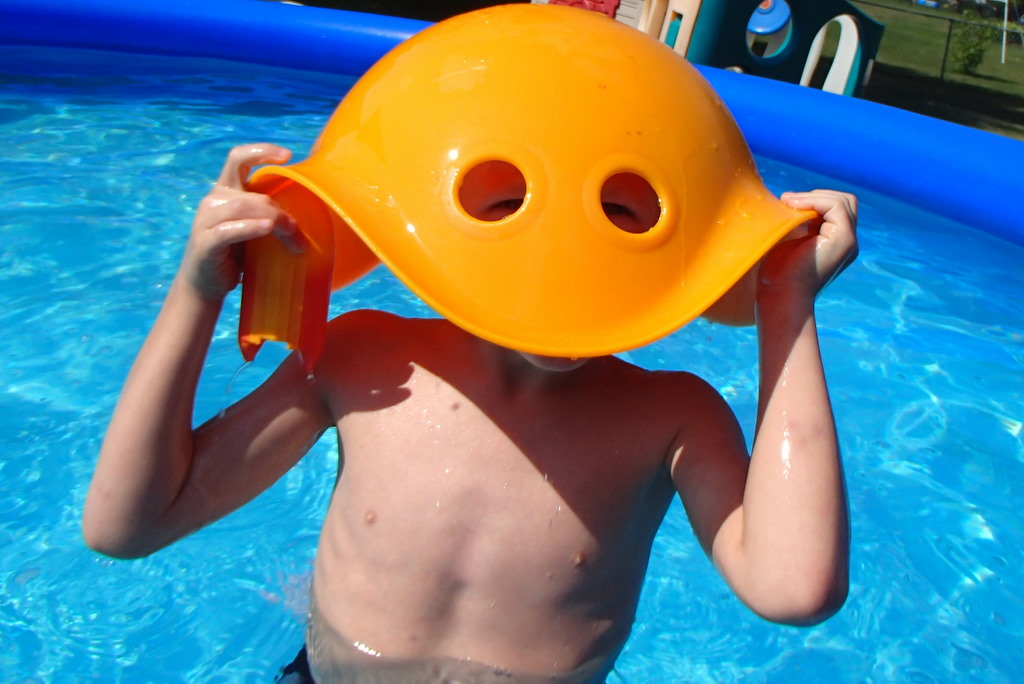 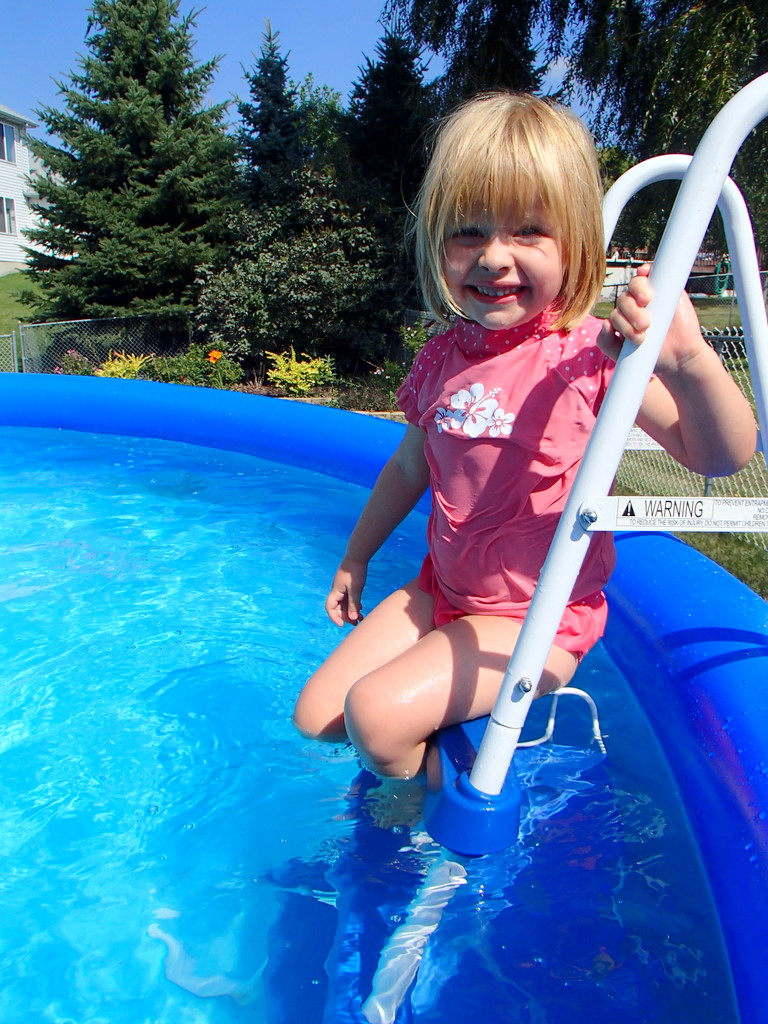 I love the underwater photos, but my favorite part about the camera is being able to take photos of the kids in the water from new angles. 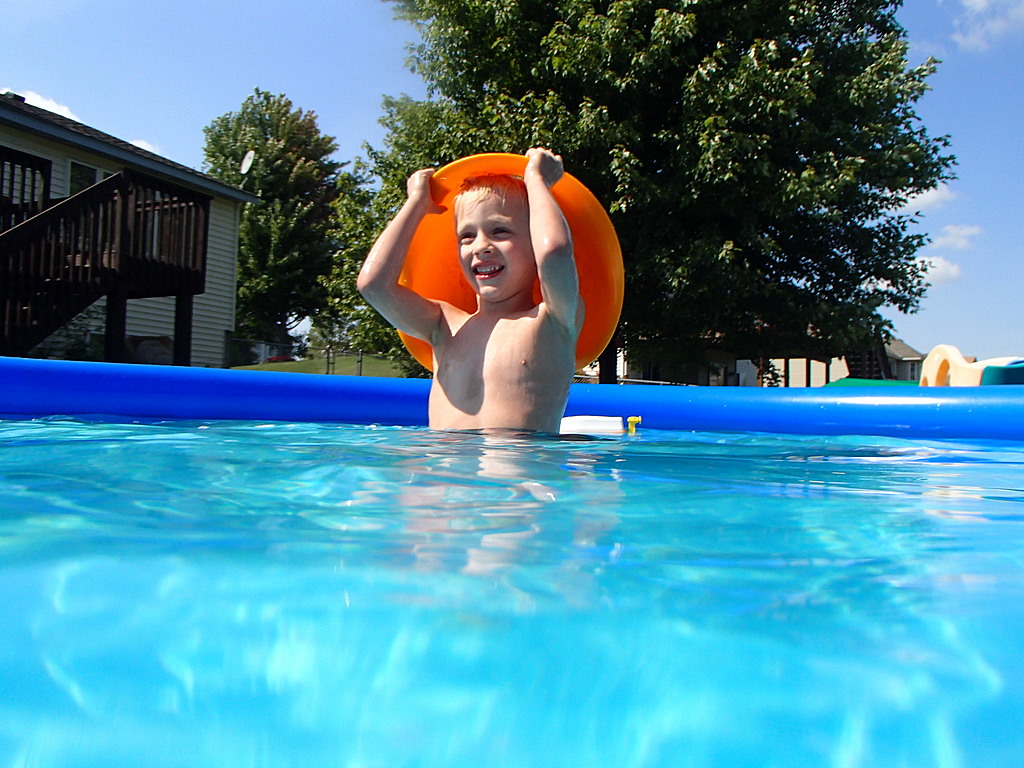 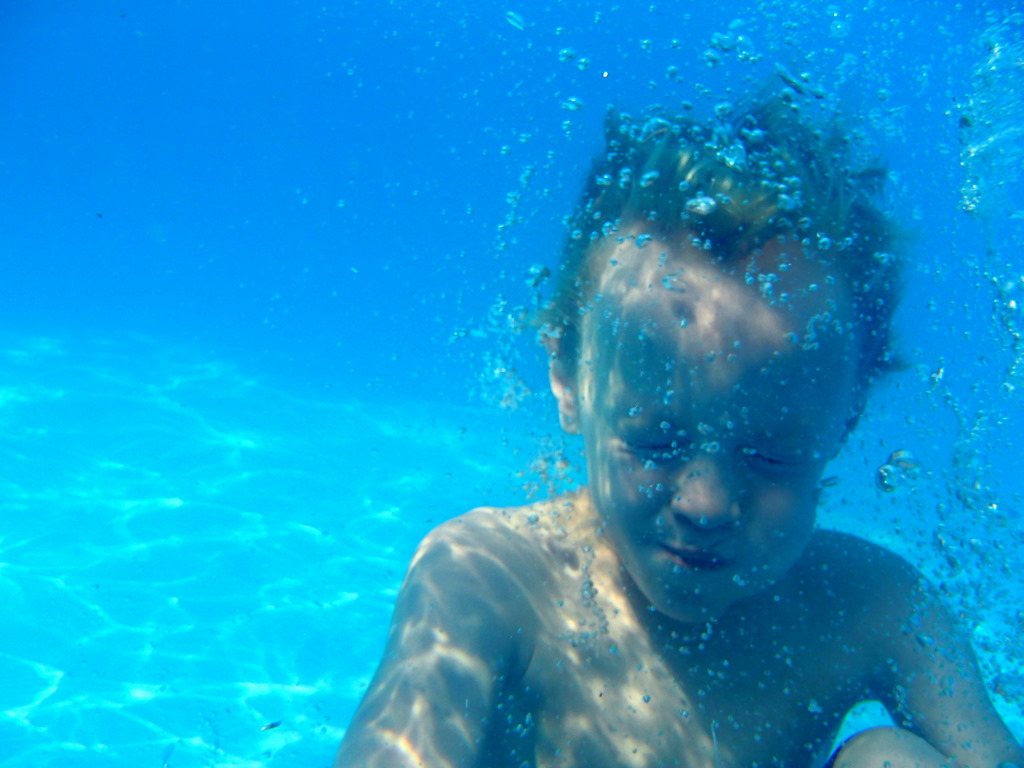 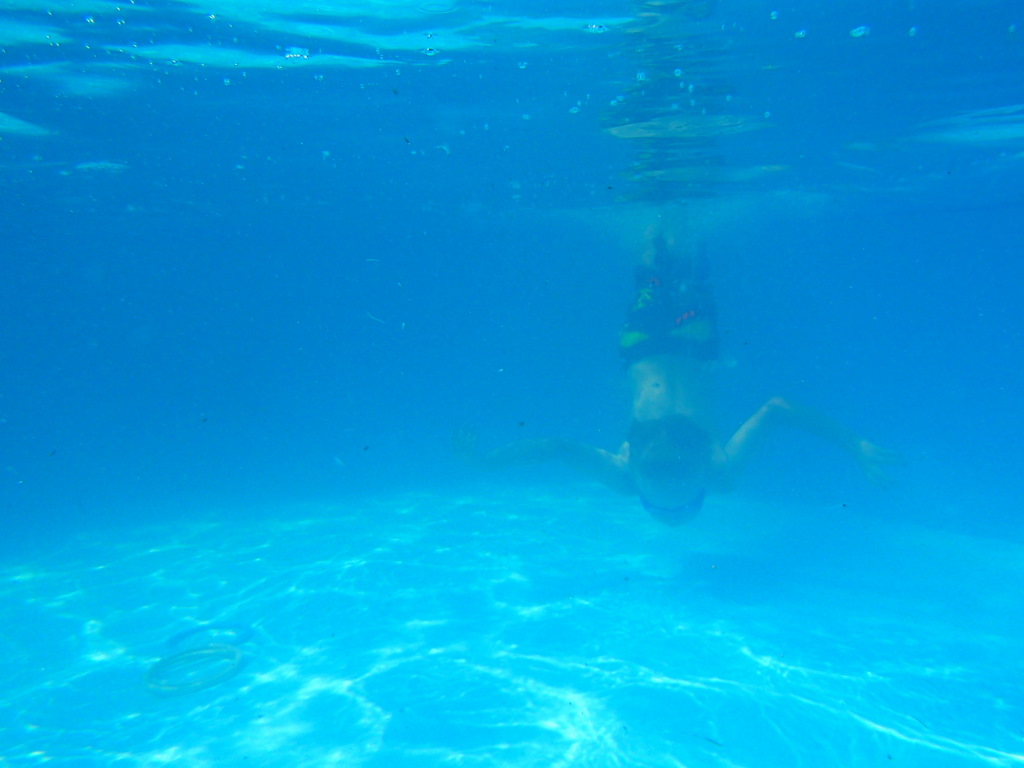 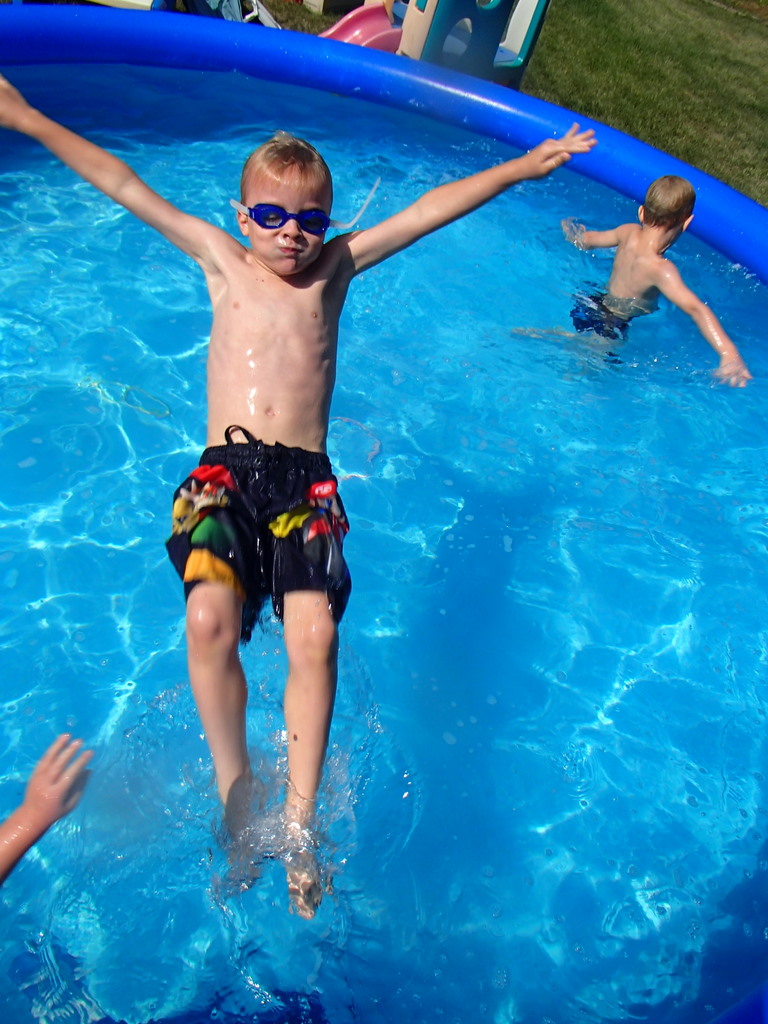 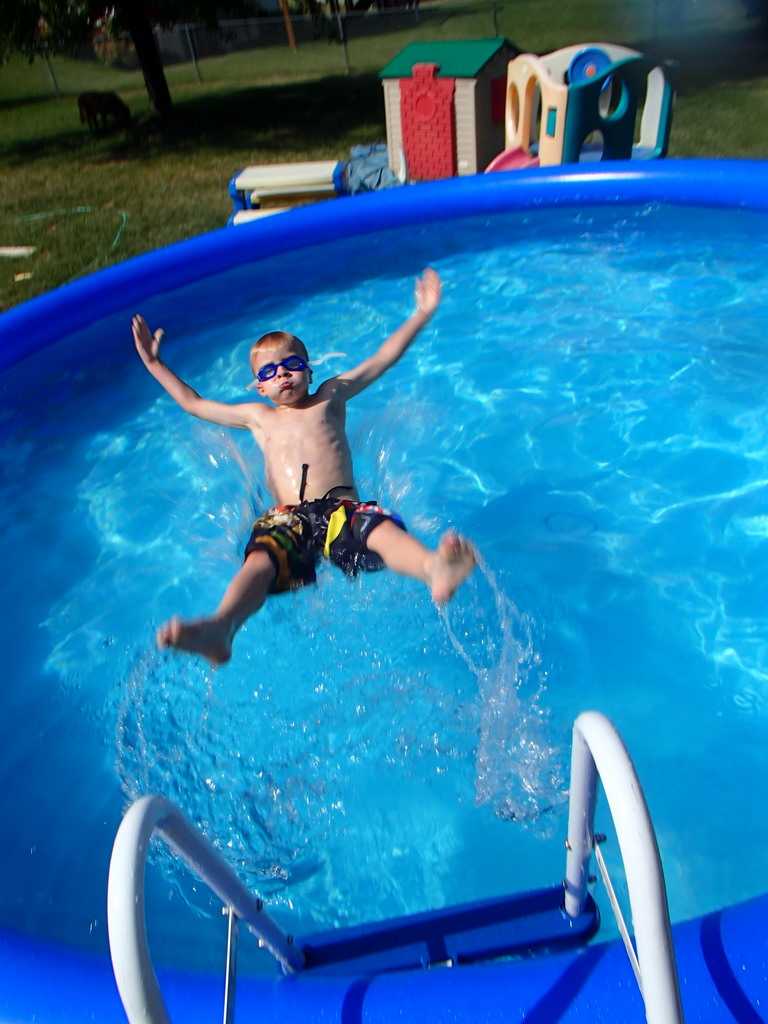 Look at those little toes reaching to touch the bottom. I am sure that by next summer she will be jumping off the ladder too! 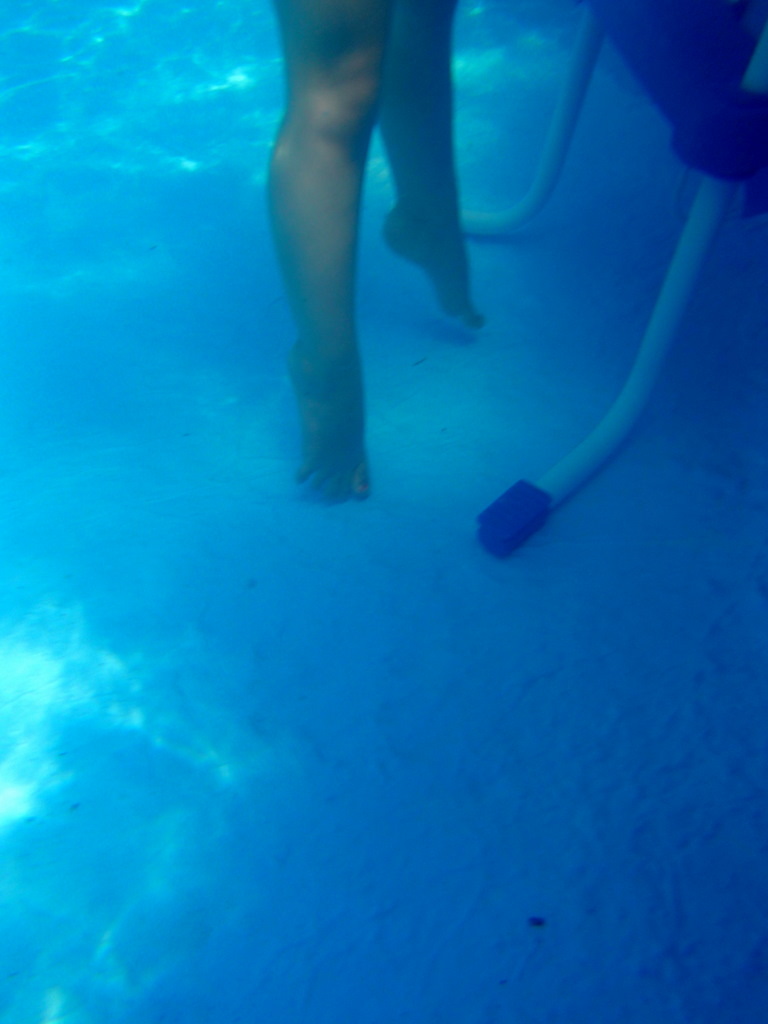 Another advantage of the water proof camera is that it is a simple point-and-shoot so even Michael can take a great photo. 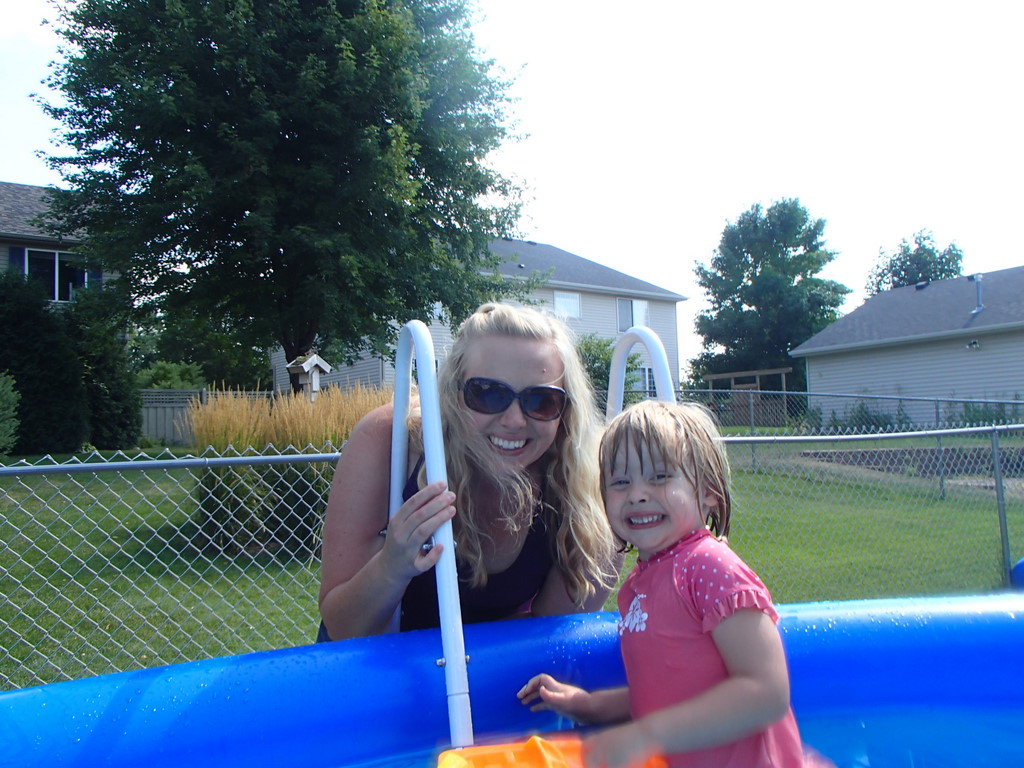 Michael had a lot of fun swimming under water and taking photos. Most of them we just of the bottom of the pool though. 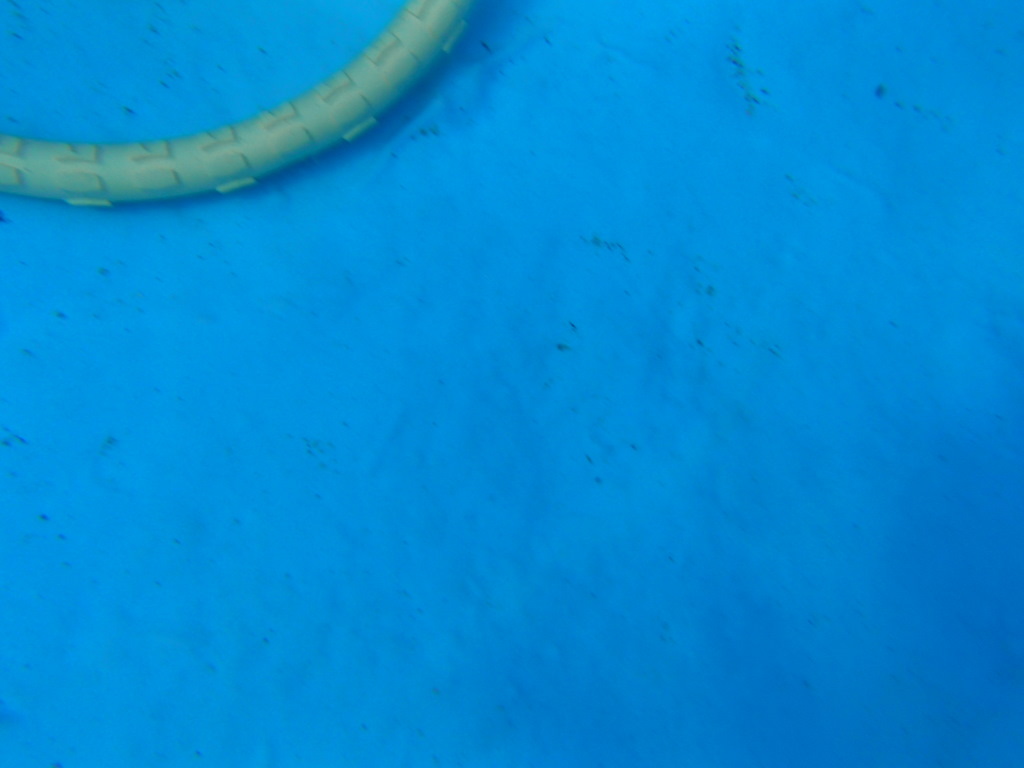 It took me a while to figure out, but that is his goggles strap in front of his face. 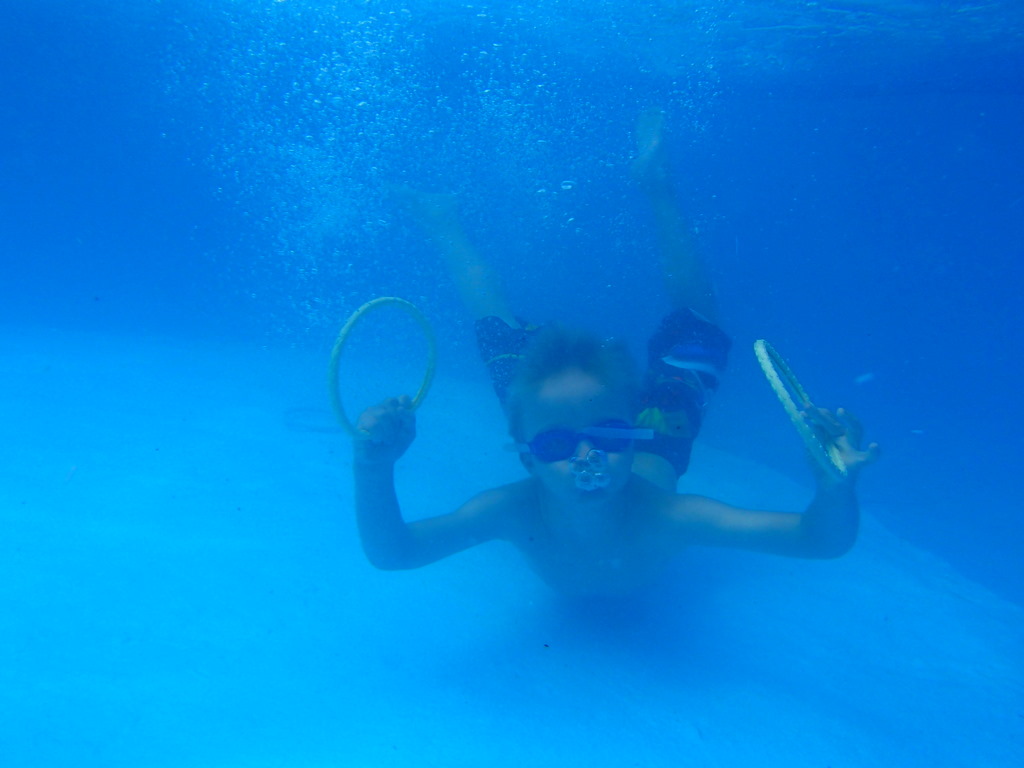