Today my boys made me proud.

Michael worked hard doing little and big chores to earn money so he could buy something at Target when we did our obligatory weekend Target run. He ended up earning $2.50 and when he added that to his $1.50 he had $4 and he spent every penny he had at Target. He is now the proud owner of two new match box cars and 3 feet of plastic orange track. 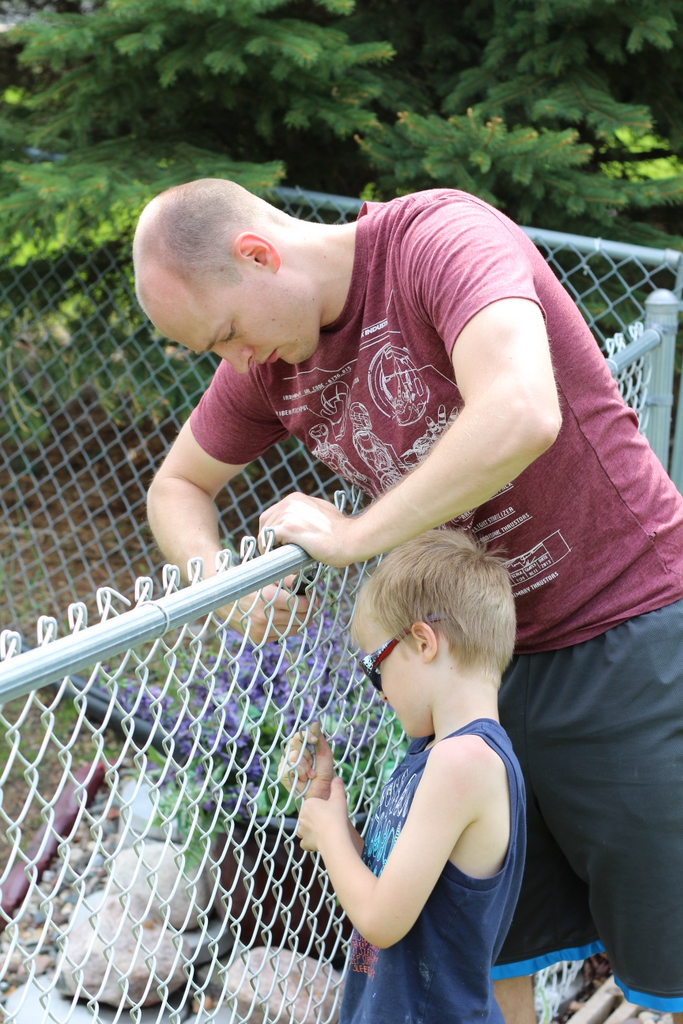 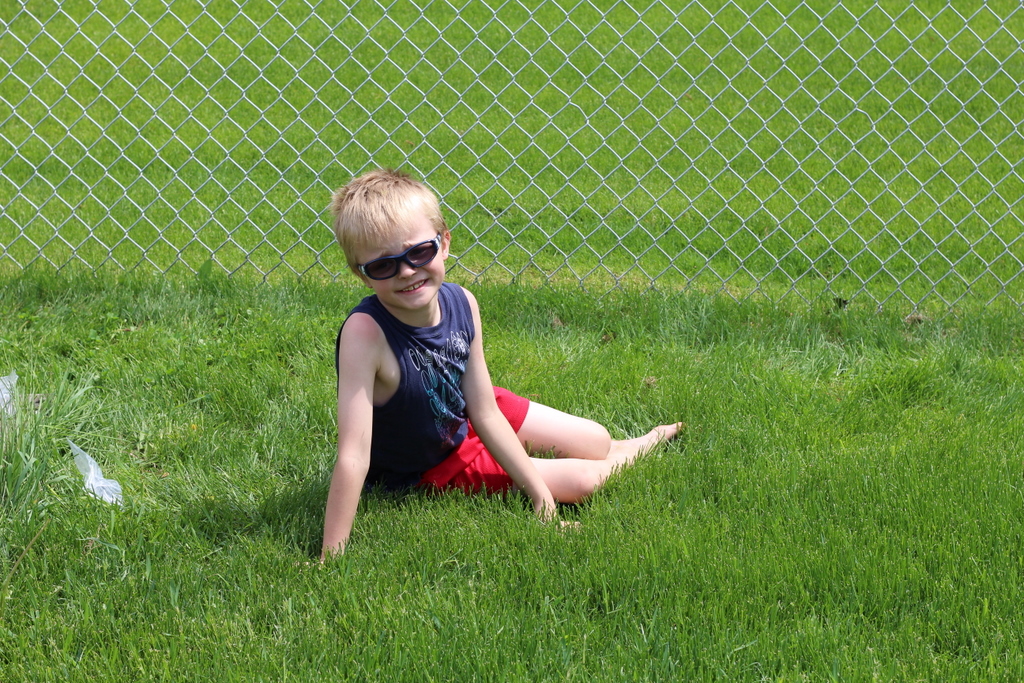 Patrick spent hours designing, cutting out and painting a puppet theatre. All his idea. He also created a handful of puppets. Pun intended. 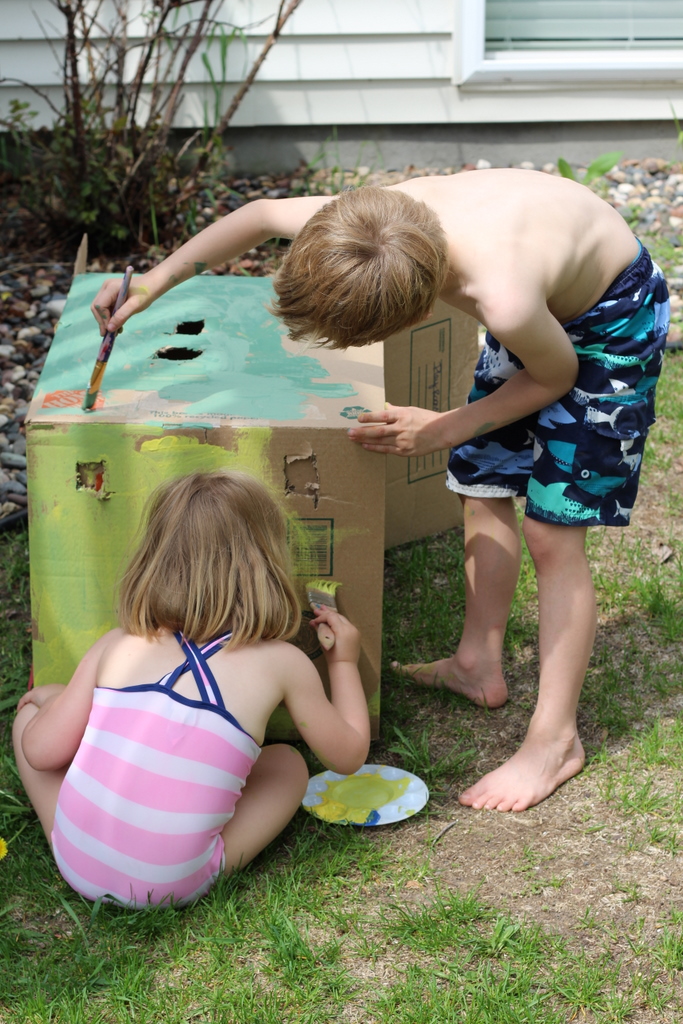 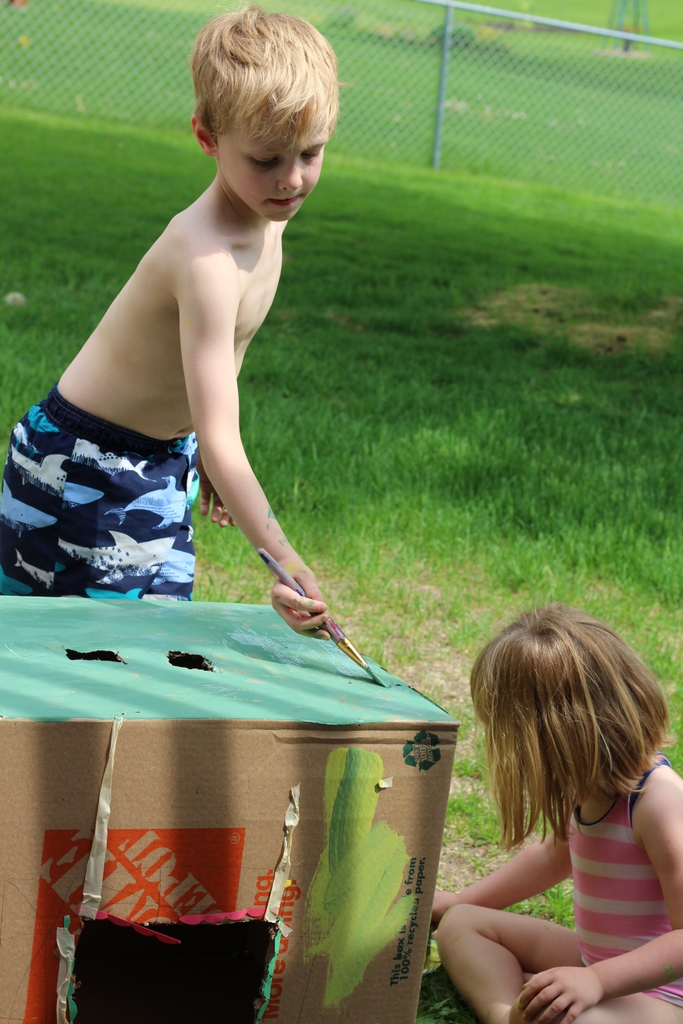 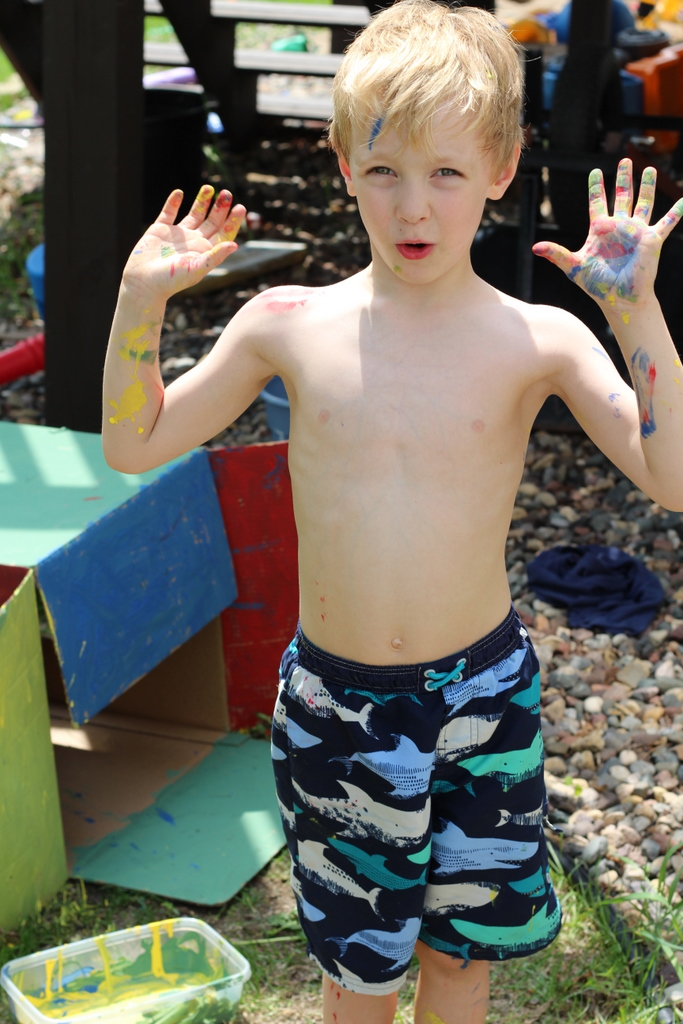 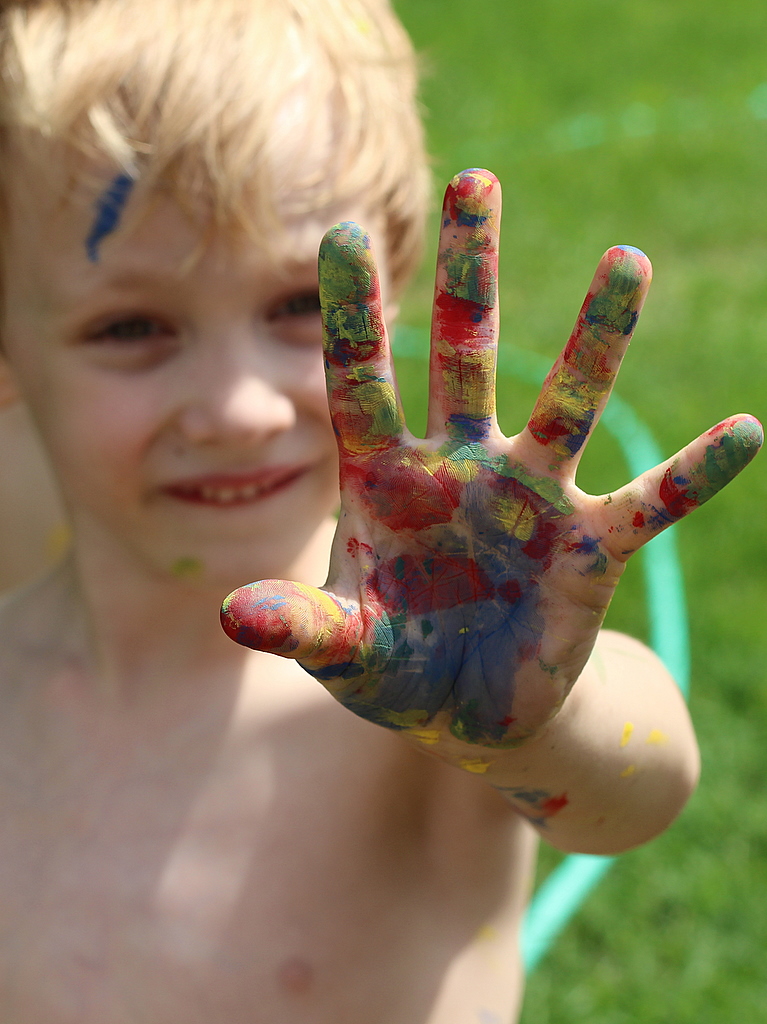 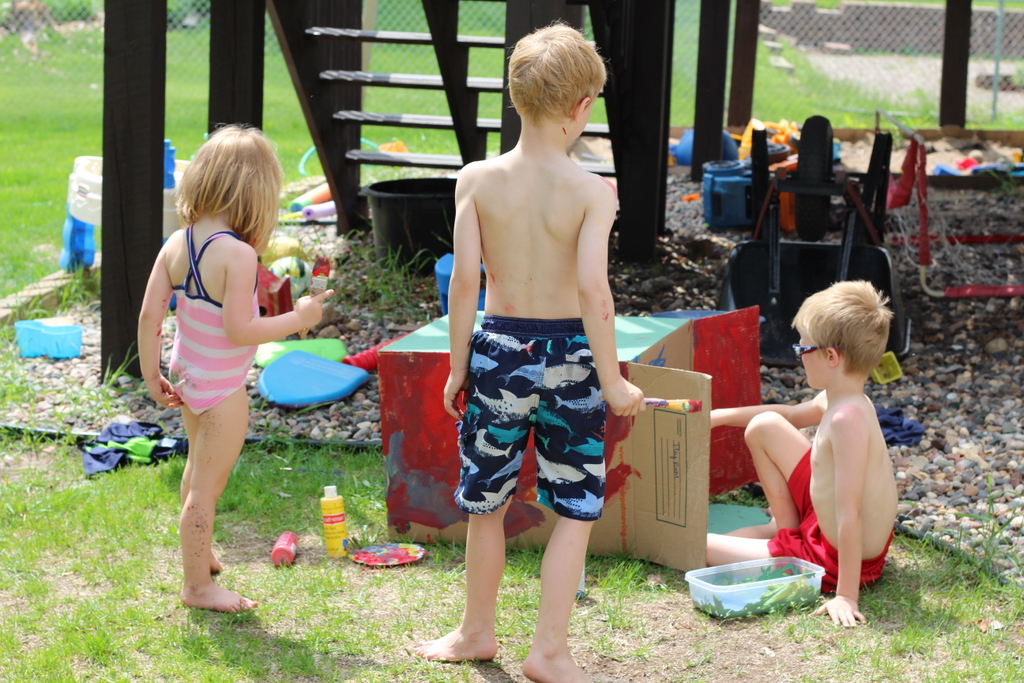 And because is was 80 degrees this is how they cleaned up craft time. 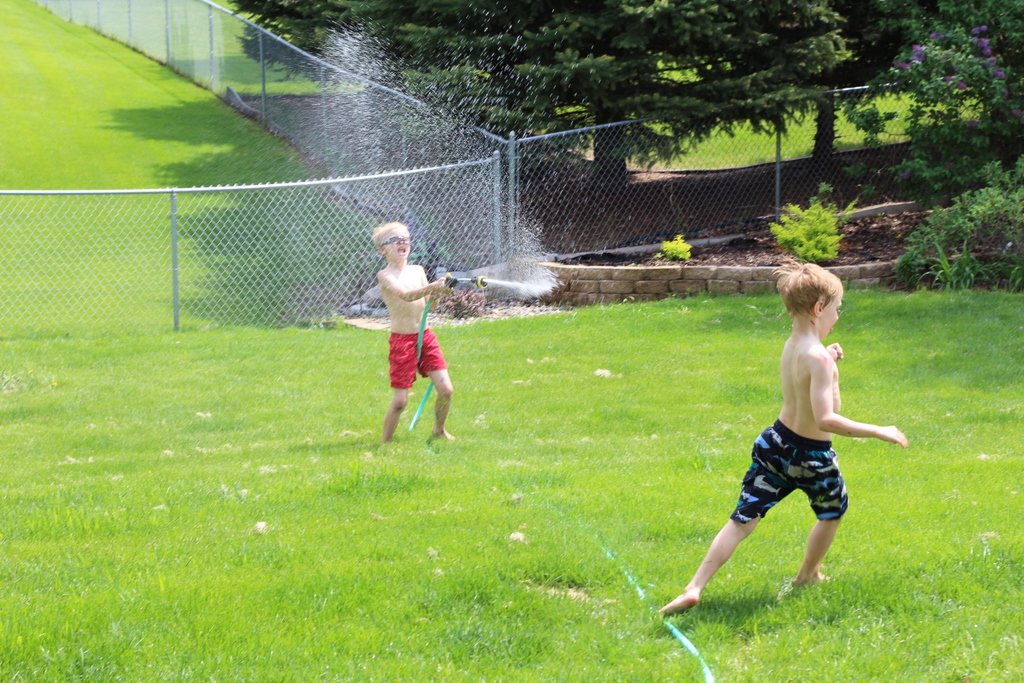 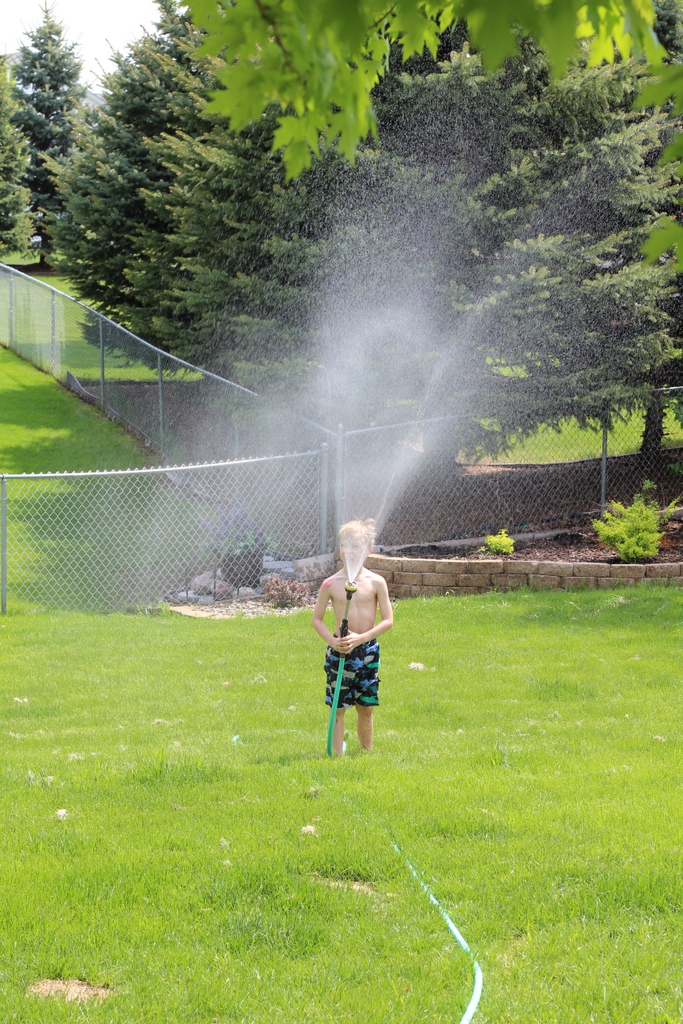 What about Elise you ask? Well Elise is three going on 13 and she is right at the age where she wants to do everything by herself but can’t. She wants to be near you all the time and wants you to play with her but she has very specific ideas about how things should be done and she gets pissed if you don’t play her way. She is still at the crying to get her way stage and it isn’t cute. I say, “USE YOUR WORDS” approximately 283 times a day to her.

Right now she wants to grow her hair long but she doesn’t like having her hair in a ponytail because “IT IS TOO TIGHT!” so she is a bit of a hot mess. Pun intended. 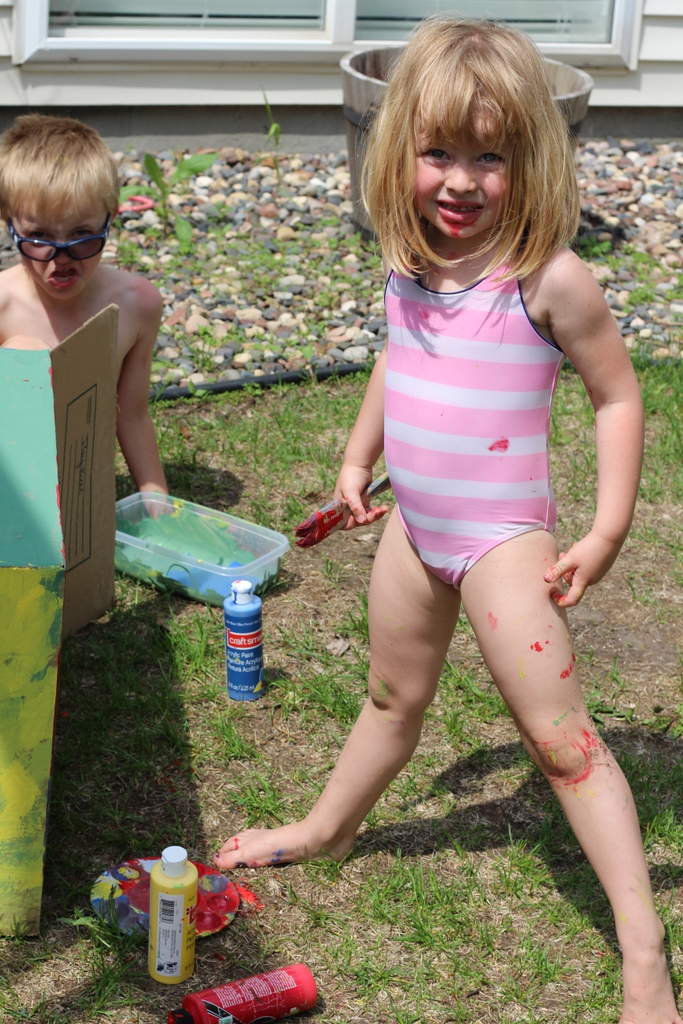