I know. Go ahead and laugh. Me writing a post about fitness is definitely joke worthy. But this isn’t about me. Well it is a little bit about me, but it is mostly about the kids.

I have blogged about Michael’s Sensory Processing Disorder (SPD) before and to say it has an impact on the entire family is an understatement. The impact is not all bad. Yes, it is a challenge for Michael daily, and it is also a challenge to parent a kiddo with SPD but there are also some positive things about SPD; mainly it keeps us moving. Moving is a must.

Michael is a sensory seeker. His body needs massive amounts of input to slow his brain down to function like the rest of us. He likes to push things, pull things, crash into things, lift things and generally find resistance and fight against it any way physically possible. Keeping all that energy locked up is a recipe for disaster, so exercise or occupational therapy is a daily requirement. The difference between exercise and occupational therapy for us at this point is a co-pay. This is not to say that OT isn’t a good thing. OT was the best thing that ever happened to Michael. OT was the best thing that ever happened to Tim and I as parents. OT taught us so much and we now have the tools to help our boy.

SPD really is a hard thing to describe. Whenever I try to imagine what Michael is feeling, I close my eyes and think about being on a plane. I am sitting economy coach and I am in the middle seat between to people who have taken over the armrests. These people smell. Not necessarily bad smells but one has on too much perfume and the other is eating a oniony and garlic filled sandwich. Both are talking loudly and at the same time. We have been on the plane for hours and I am tired of sitting. I am antsy, and I feel like I could jump out of my skin and nothing in the world would be better than being able to stand up and walk up and down the plane isles a few times to stretch my legs, but alas the fasten seat belt sign is on. My seat neighbours are still talking loudly and occasionally they look at me for a response, but I am working so hard at staying inside my small bubble and not elbowing them WWF wrestler style in an effort to gain another few square inches of arm space, that I have no idea what the loud talking neighbours asked me.

When Michael is having a bad day, this is what I imagine life is like. Sitting at the dinner table is hard. Everyone is noisy, all the smells are filling the air and he is being asked to sit, partake in dinner conversation, remember manners and try new foods. He has siblings or a parent on either side of him within arms reach. With nothing to anchor him or engage his body, the simple task of sitting at the dinner table is overwhelming.

When Michael isn’t sitting at the table well, I think about myself in that plane seat and the only things that makes the my plane situation easier is being well rested so my head is clear but physically exhausted so my body can relax. This is the goal for Michael. This is why we exercise. We exercise to help his body relax. We eat healthy food and are super strict about bed times so he can have a clear head.

Over the school year I have had the luxury of handing over that daily exercise routine to Michael’s teachers. Now that he is home full-time it is all on me. Three weeks into summer and spending all this time working on “school”  and having lots of free time have led to many bad days for all of us. The only thing all those bad days had in common was the lack of movement and input. It is time to add fitness and exercise into the routine. Michael isn’t the only one who needs the movement breaks and exercise, Patrick would spend an entire day on the couch or in front of the computer if allowed. Elise is prone to nightmares and she sleeps best after a long day of physical activity, fresh air and sun.

So here we are again. Another GIMPed up graphic to get me motivated.

Elise wasn’t the only one getting into character when doing the bear crawl. 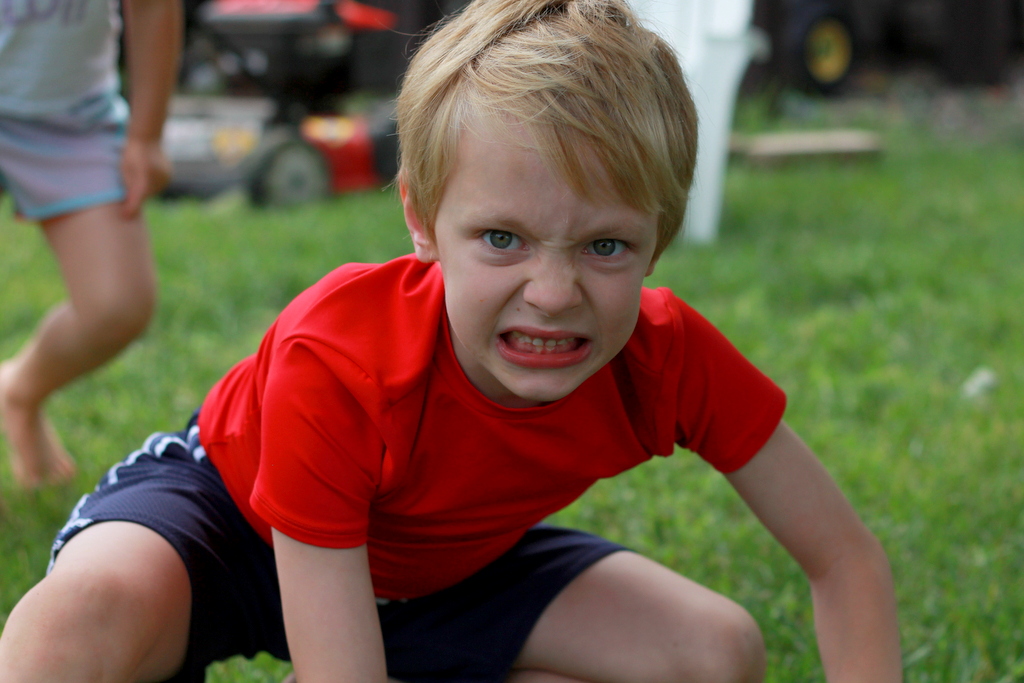 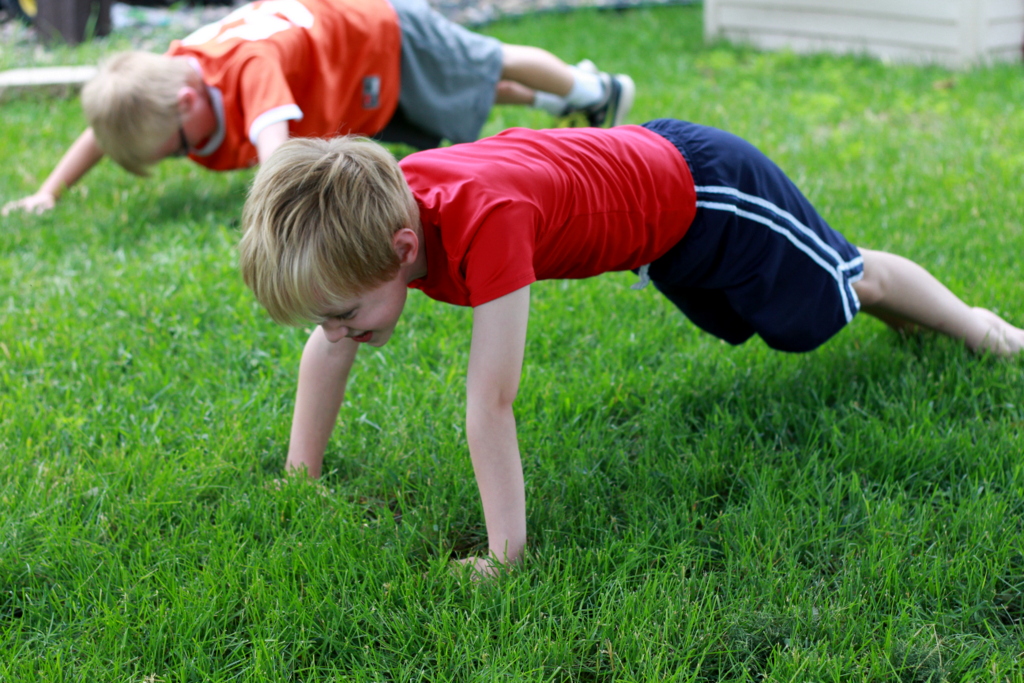 And here is Patrick capturing exactly how I feel about the plank 47 seconds into it. 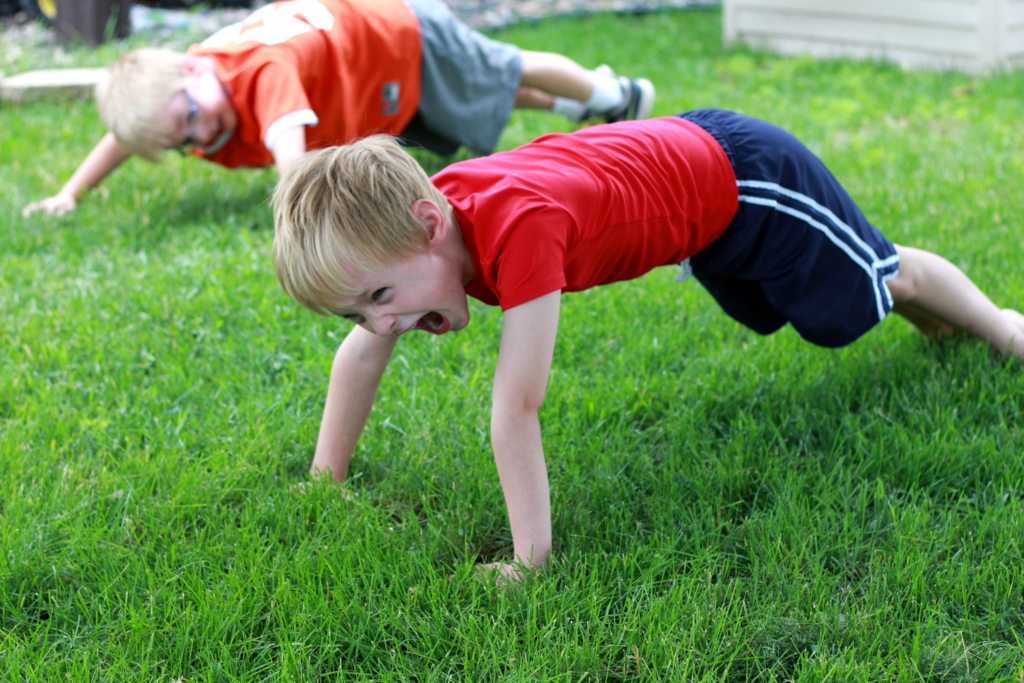 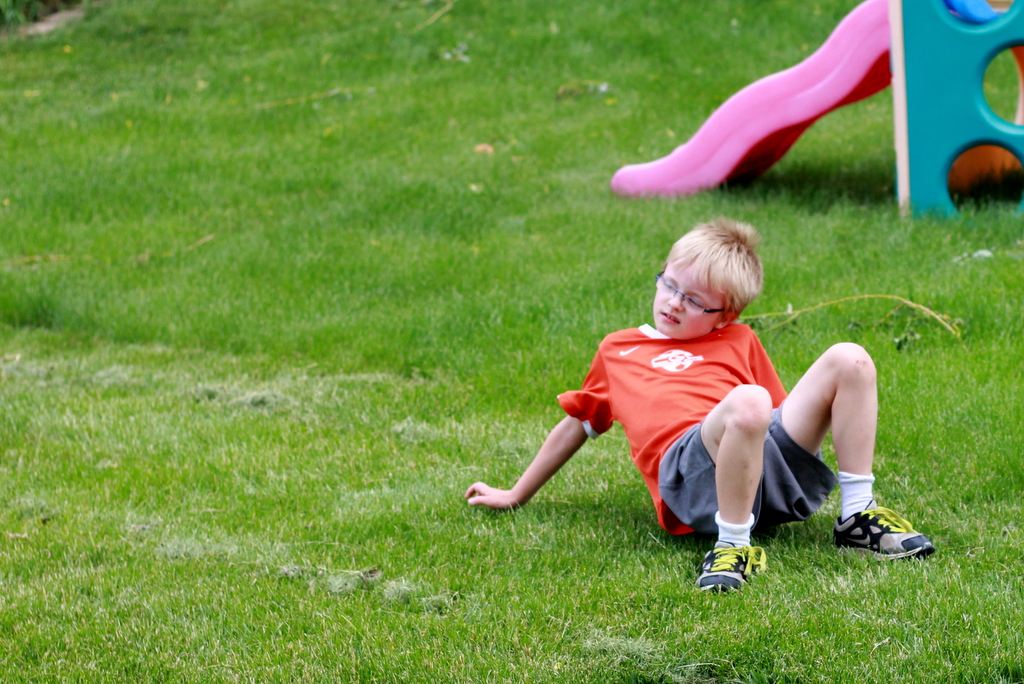 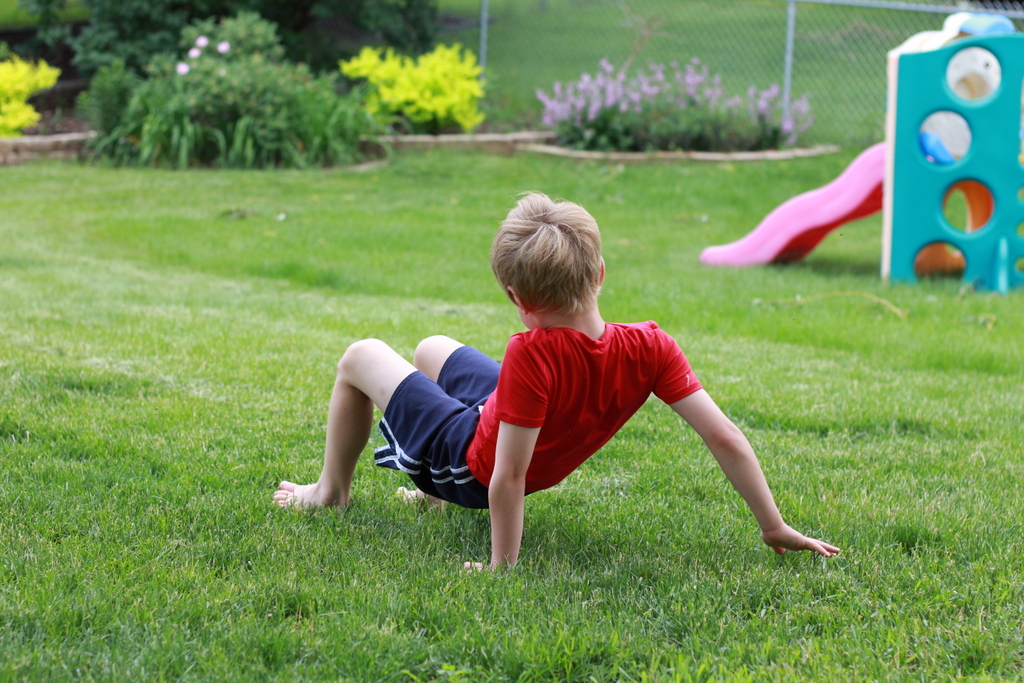 And Elise chose to make the crab walk especially difficult by refusing to go backwards. Have you ever tried to crab walk forwards? It may be impossible. 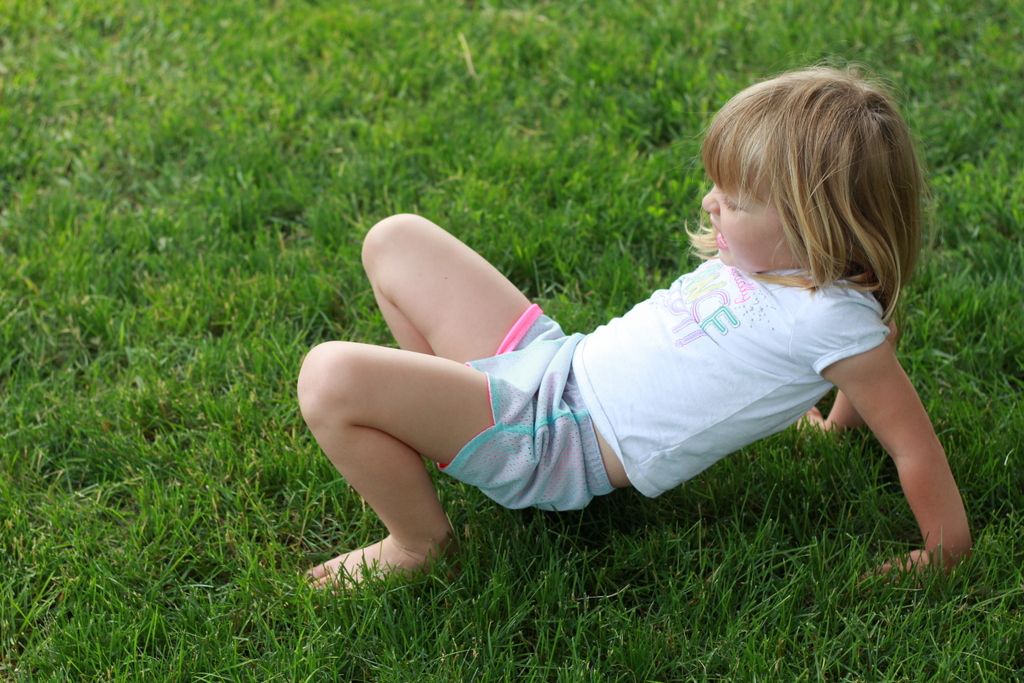 I try to set an example at reading time by grabbing my book and reading with them. It would be easy to use those 20 minutes to make lunch or check email, but instead I sit down and read. It is wonderful to look up from my book and see that all three kids are looking at pictures or reading to themselves. In reality most of the 20 minutes is me answering the age-old question,  are we done yet? So when it comes to SAHM Fitness I try to set an example by choosing five, resting and then choosing five more. Most of the time it is fun but sometimes I find myself asking, “ARE WE DONE YET?!” when the timer doesn’t seem to end with the crab walk.

For the record the crab and bear walk are by far my least favorite.

More photos in the gallery