On Saturday we went to the Zoo. It was a long day and it wore the kids out. On Sunday the kids were up bright and early like they are everyday but they were definitely dragging. The boys were not happy about it but they still helped out and did their chores. Elise didn’t help out. She was the opposite of help and seemed to time the start of her mess making with the completion of a clean room. Nothing is more frustrating than to clean a room and have it messy again in two minutes.

She refused to clean up after herself and flat our lied and blamed her mess on her brothers so she was sent to her room because Tim was vacuuming the time out spot at the bottom of the stairs. She screamed and cried and I am sure the neighbors were thinking we had rethought our stance on corporal punishment. In our house time out time doesn’t start until the kid is quiet. Elise screamed for 20 minutes. 5 minutes after she had stopped screaming I went up to talk to her about why she was in time out and to tell her that lying is bad.

This is what I found and I quickly tip toed back downstairs to get my camera and hurried back up to snap a few photos. 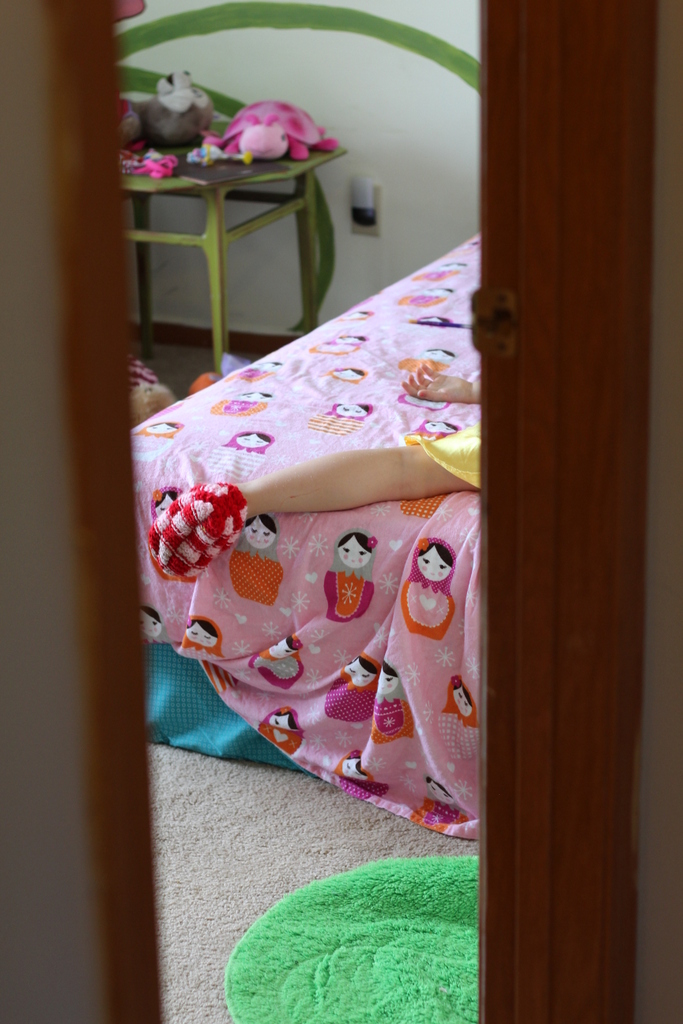 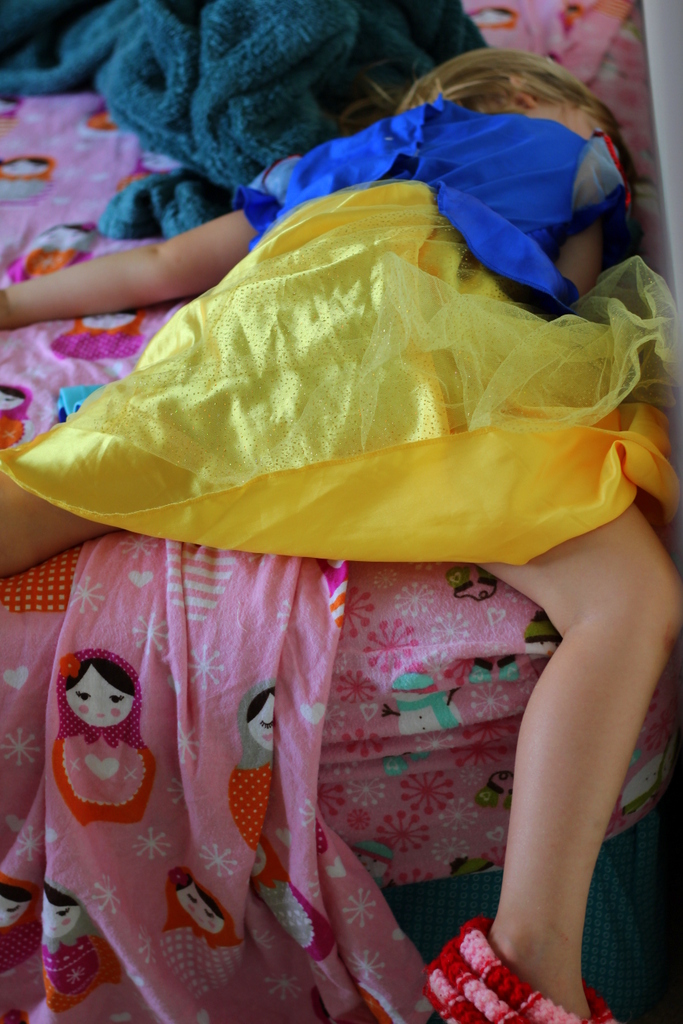 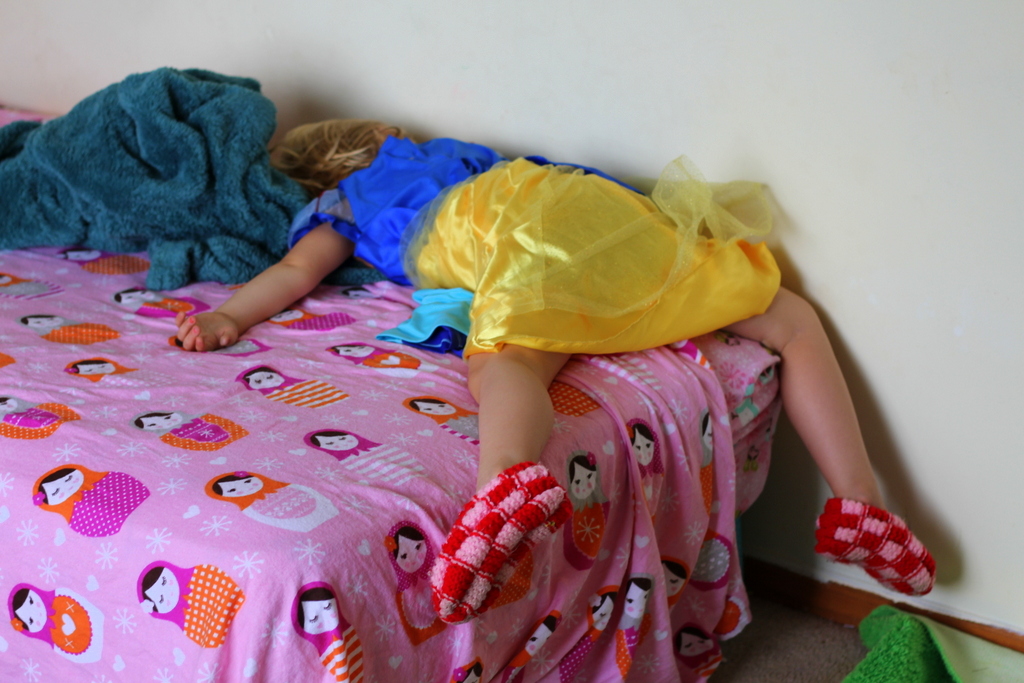 She slept through me taking a dozen photos and stayed sleeping until the boys were sent upstairs to put away their laundry. She woke up and was even crankier than before but she cleaned up her messes so Tim and I count it as a win.

One thought on “Sleeping Beauty”