In March we went to Harry Potter world. The kids loved it.

After that trip Tim and I bought the box set of all the Harry Potter books. Tim began reading a little bit to the kids every night. We have made it through the first two books now. Because of this, It should come as no surprise that Michael wanted to be Harry Potter for Halloween.

It timed out rather perfectly that we finished the 2nd Harry Potter book the weekend before Halloween. We made a weekend out of it. On Friday we made wands. On Saturday we went for a hike through the Dark Forest to look for clues of Aragog. And then on Saturday night we laid out a bunch of drink mixes and let the kids mix their own “potion drinks.” I filled tiny cauldrons from the dollar spot at Target with “every flavor beans” and we had a Harry Potter movie night. We pulled out the bean bag bed, spread out blankets and cuddled up and watch Harry Potter battle Aragog and the Basilisk.

There couldn’t have been a better lead up to wearing a Harry Potter costume. Michael was in character the minute he put on his cloak and grabbed his wand. 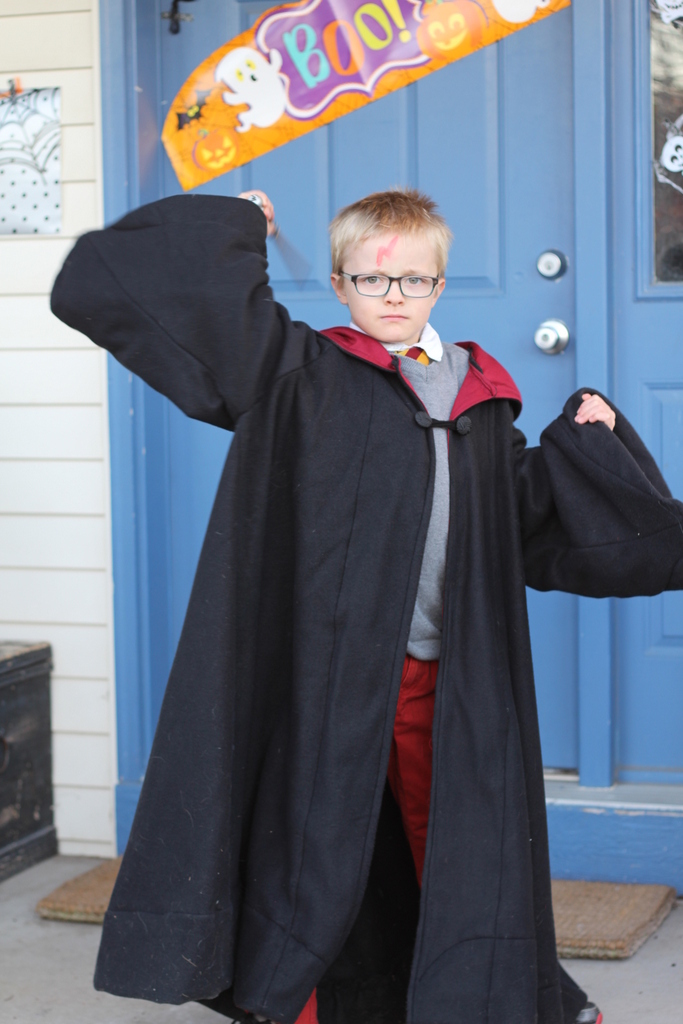 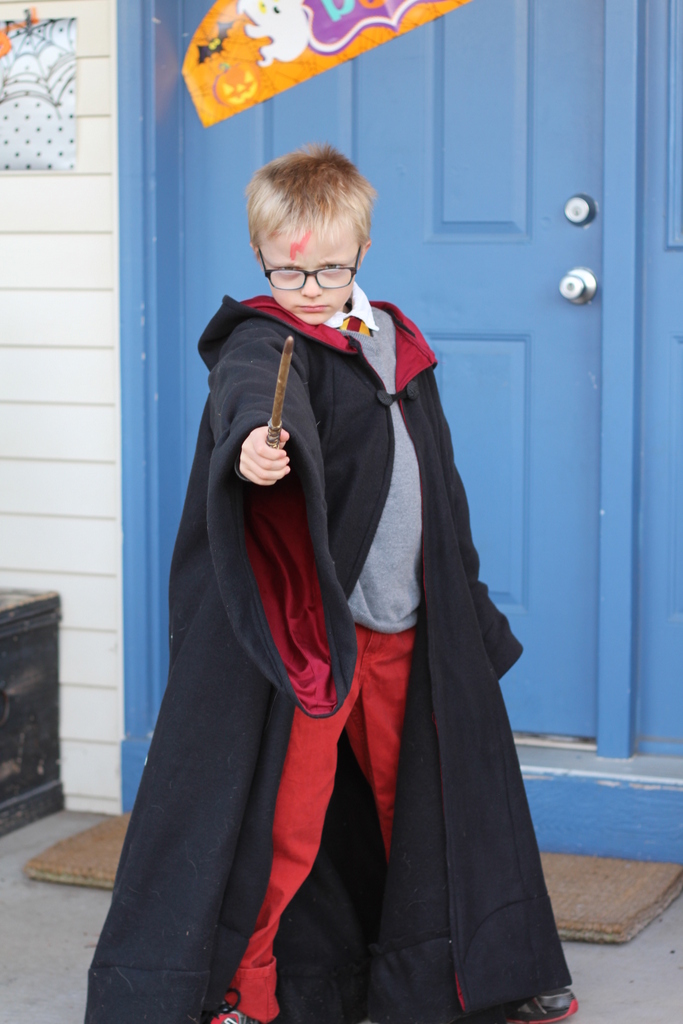 I made the cloak by altering a grim reaper pattern. The tie was ordered from The Tie Bar. The dress shirt was from Christmas last year and the sweater was thrifted from Once Upon a Child. 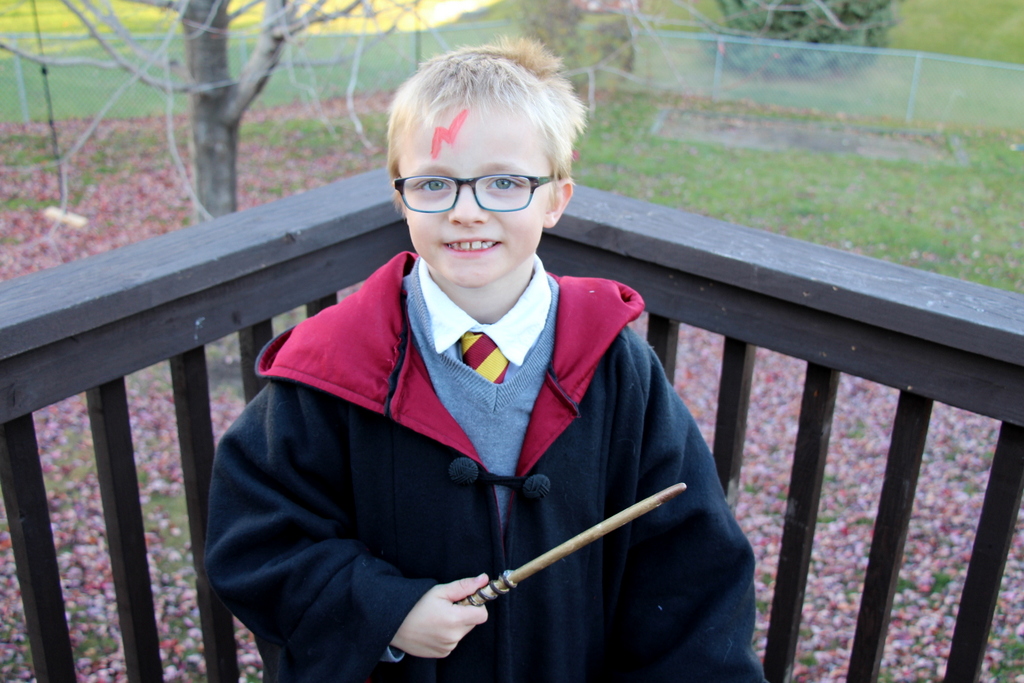 He was a great Harry Potter and I am excited to report that he wants to be Harry Potter again next year. Yes! Costume for 2015 done and done!