These photos mostly feature Michael because I had my 50mm lens at the museum for the first time and it was a bit of a challenge. Michael was the only kiddo who would actually stay at an exhibit long enough for me to figure out how to get a semi-decent shot.

As you can see from the following photos, Michael hates the Science Museum. 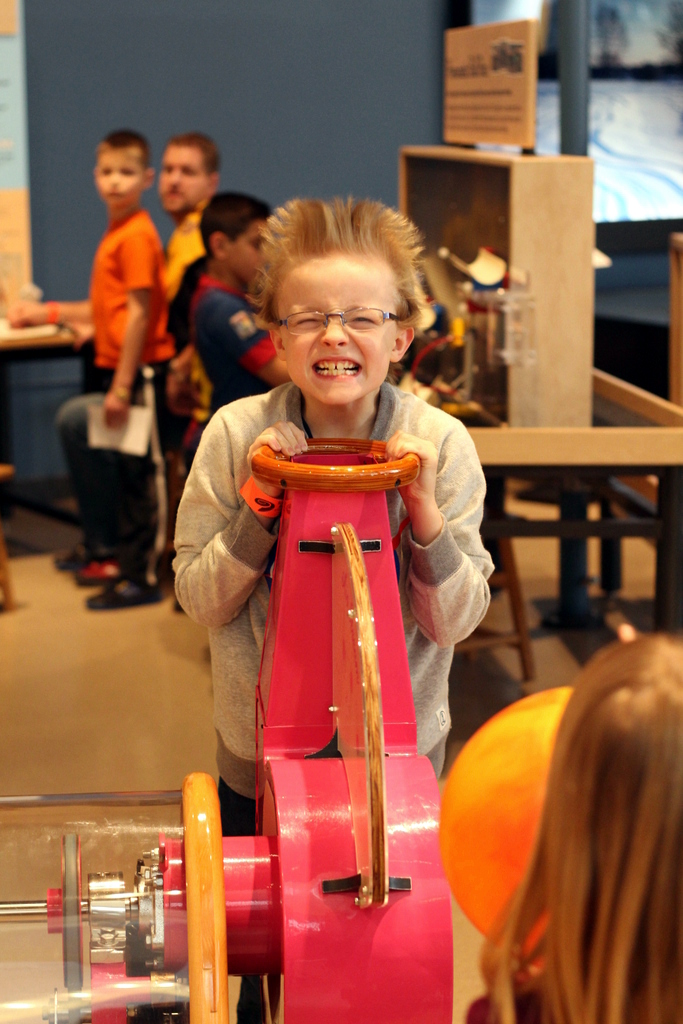 He really drags his feet every time we say, “Load up in the van. We are going to the Science Museum!” 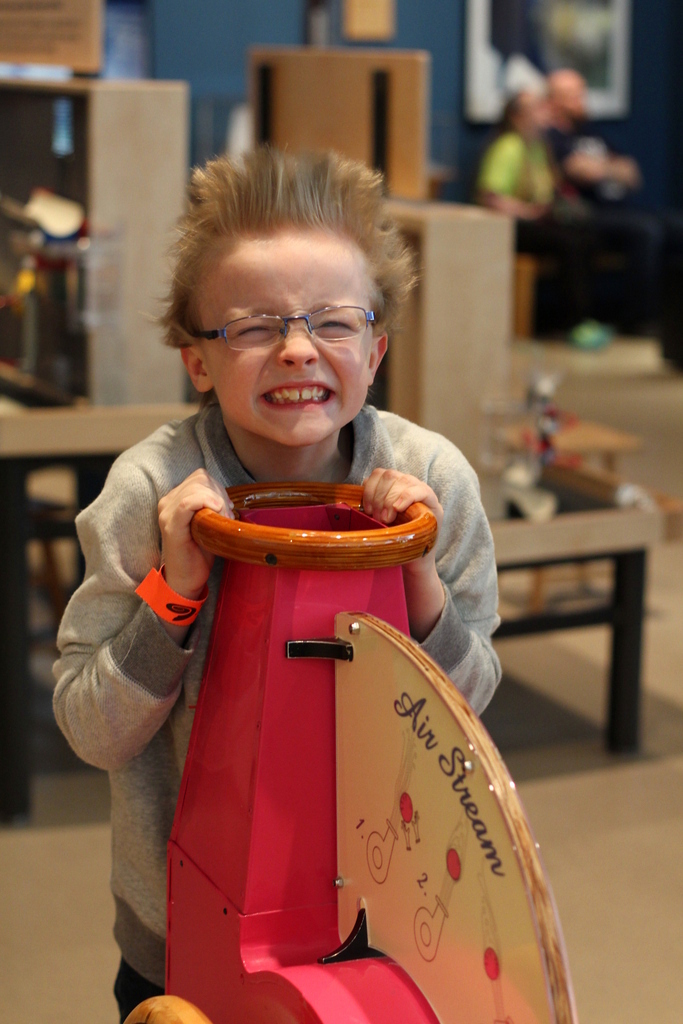 Patrick feels the same as Michael.

I know this for sure… Patrick gets more exercise running from exhibit to exhibit at the Science Museum than he ever did while he was playing soccer or t-ball. 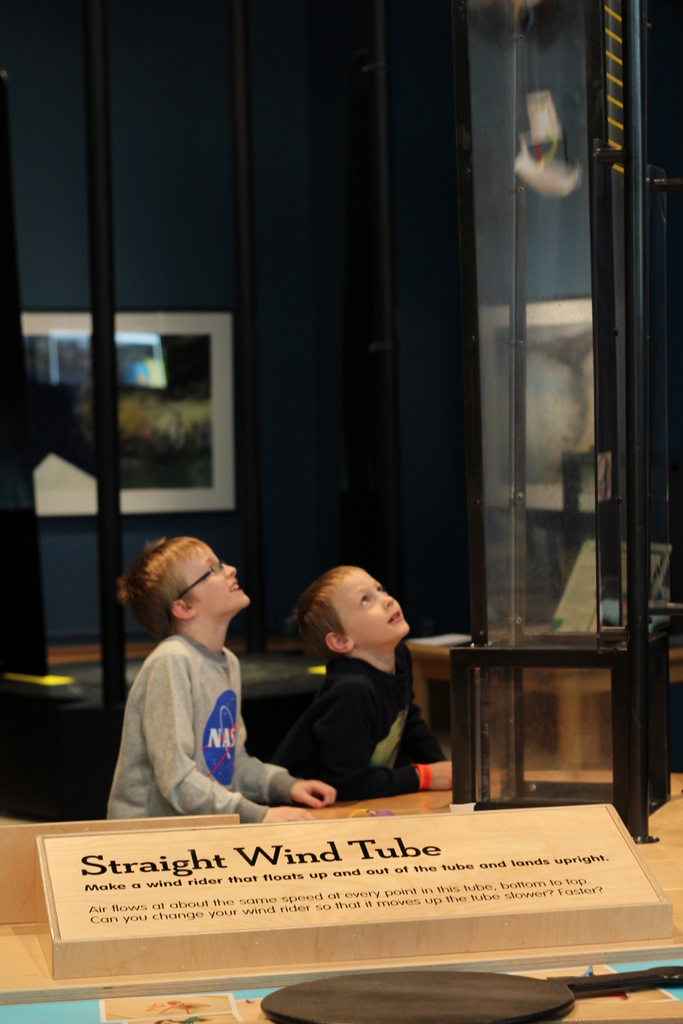 The Straight Wind Tube is one of their favorites. They love crafting little parachutes and watching them sail up the wind tube. They love it just as much when their parachute crashes. 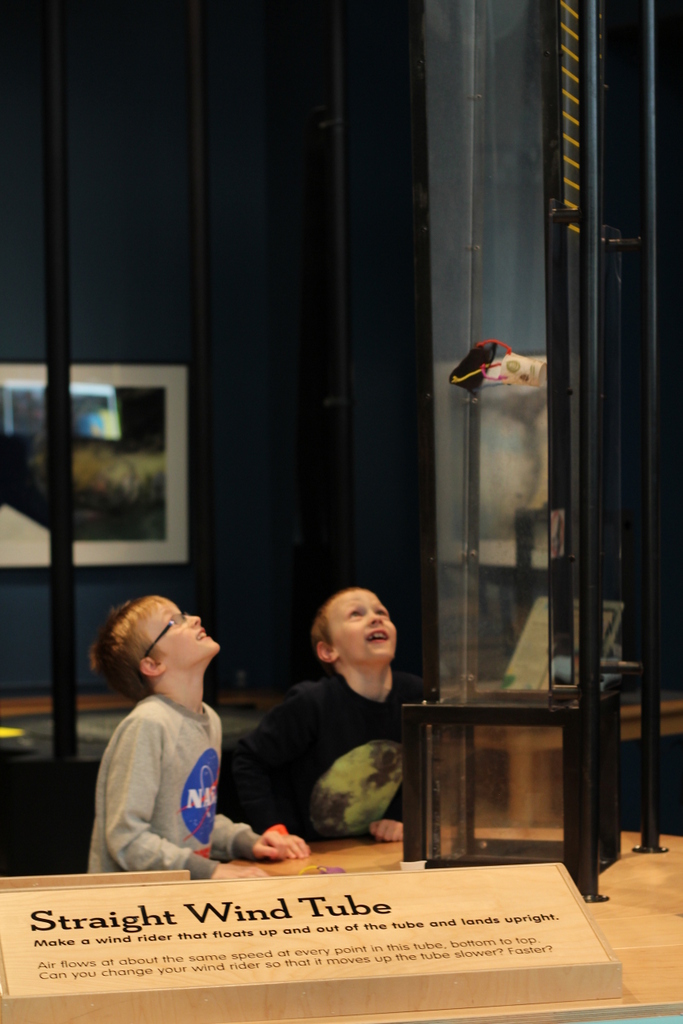 Right now it is the “Space: An Out-Of-Gravity Experience” at the Science Museum of MN. To say that Tim and the kids are excited is the understatement of the century. We will be going back soon because the kids and I bought Tim a year-long family membership for Christmas. It has proven to be one of the best gifts ever. 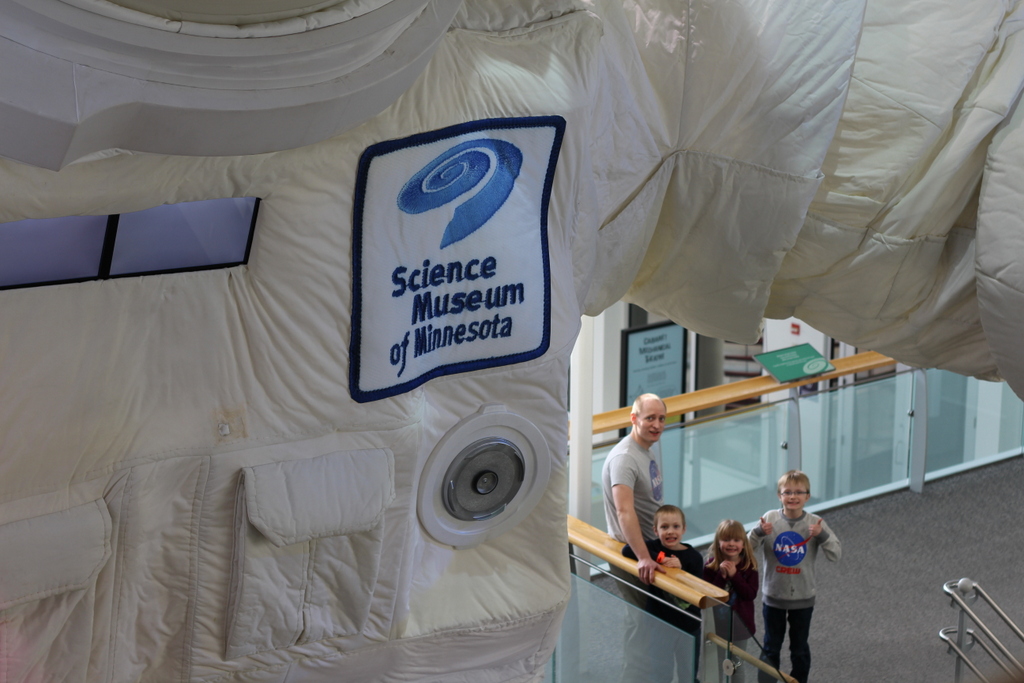