I have given up the idea that I am able to influence their costume choices. It would be fun if they would like one of the costume themes that I come up with, but they were not into that this year. They each wanted their own costume and none of them wanted to match the other.

Fine. Whatever. They win. So I set aside my dreams of Harry, Ron and Hermione. And all the other trios that would make for fun costumes and let them pick.

Michael chose to be a Dementor from Harry Potter. Patrick picked Jack the Pumpkin King. And Elise declared that she wanted to be a “Rainbow Bird”

I have to admit… they chose some pretty fun costumes. It may not be a theme but they all looked cute and were super excited about their costumes. 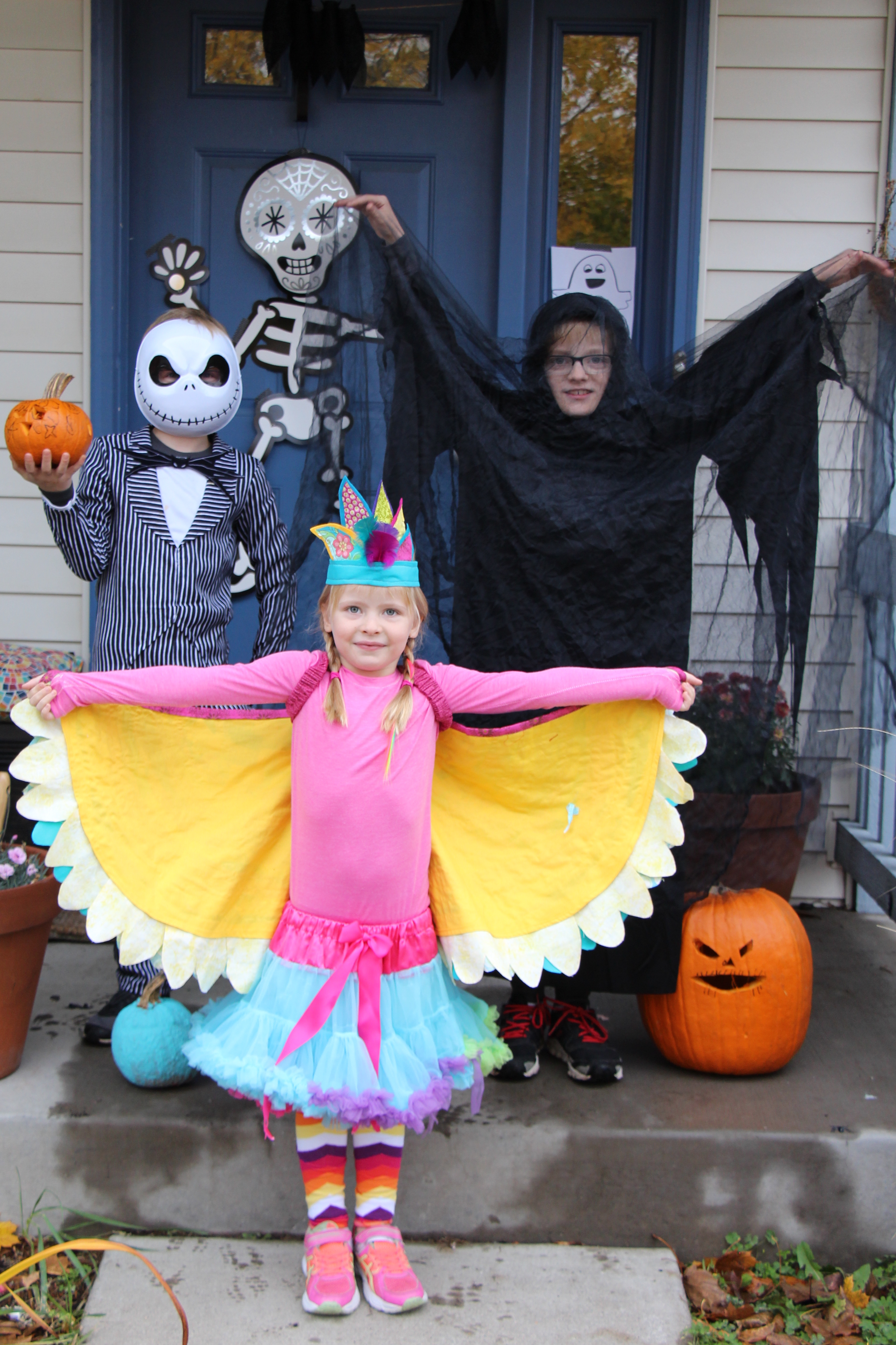 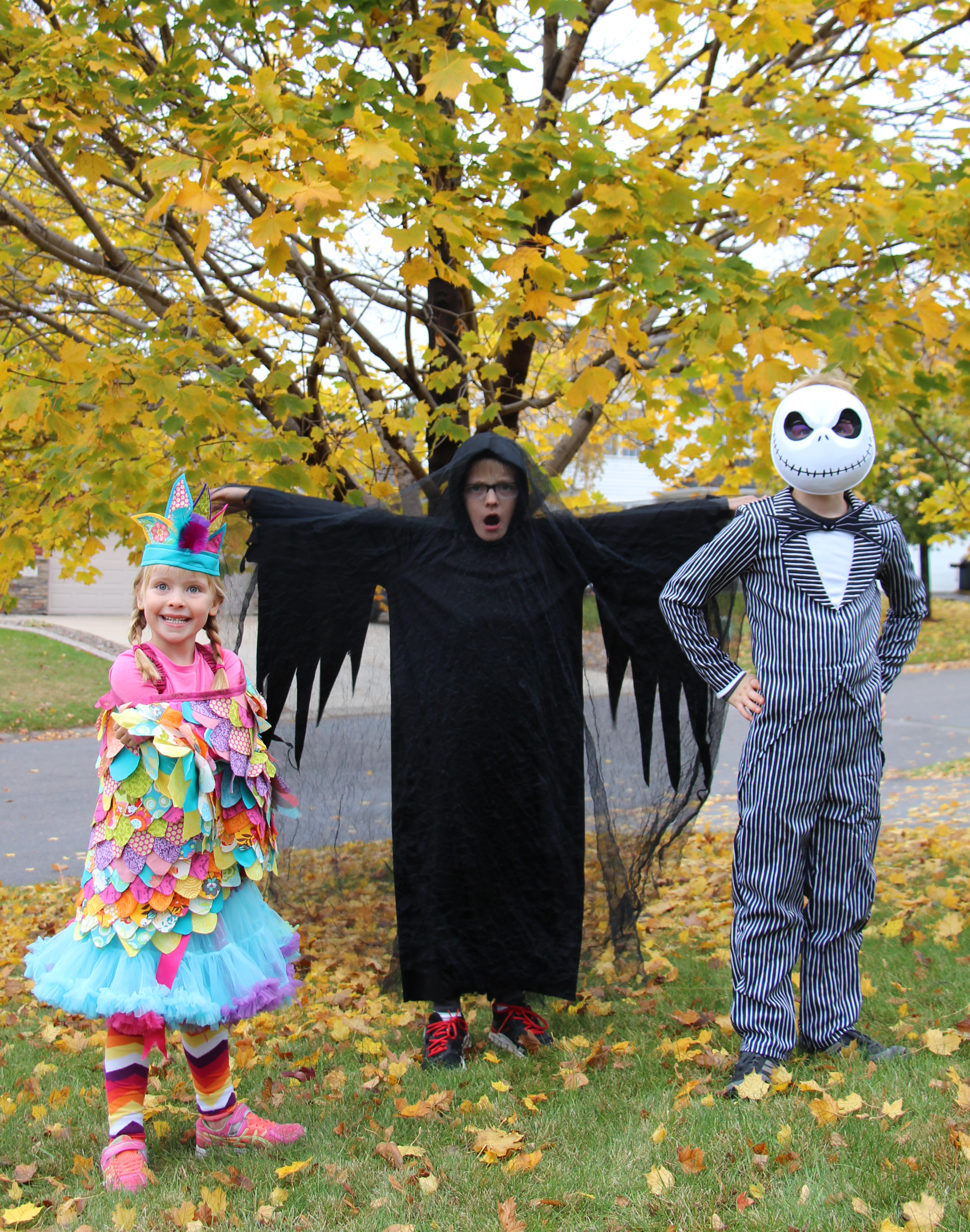 I guess Rainbow Birds are a bit sassy. 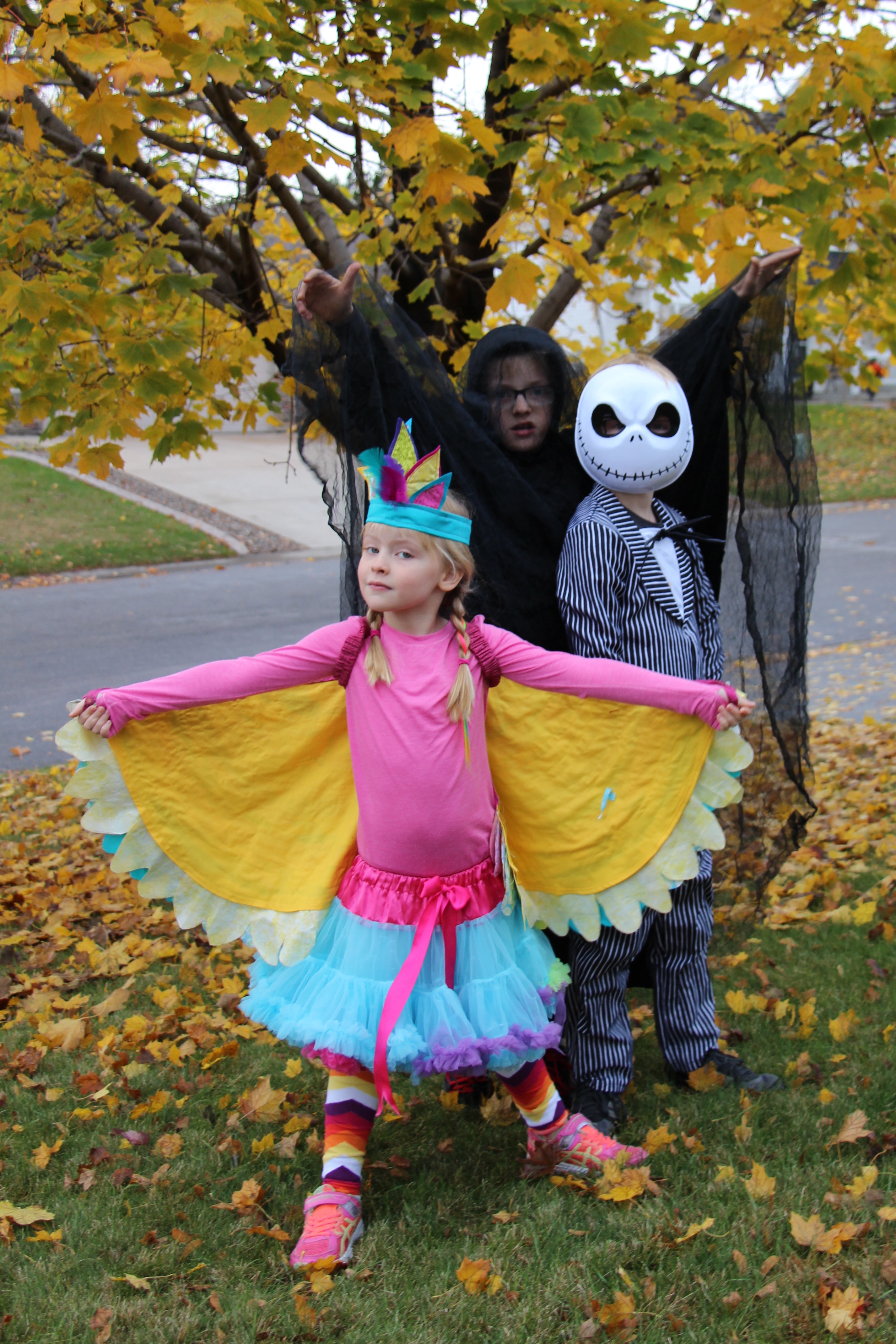 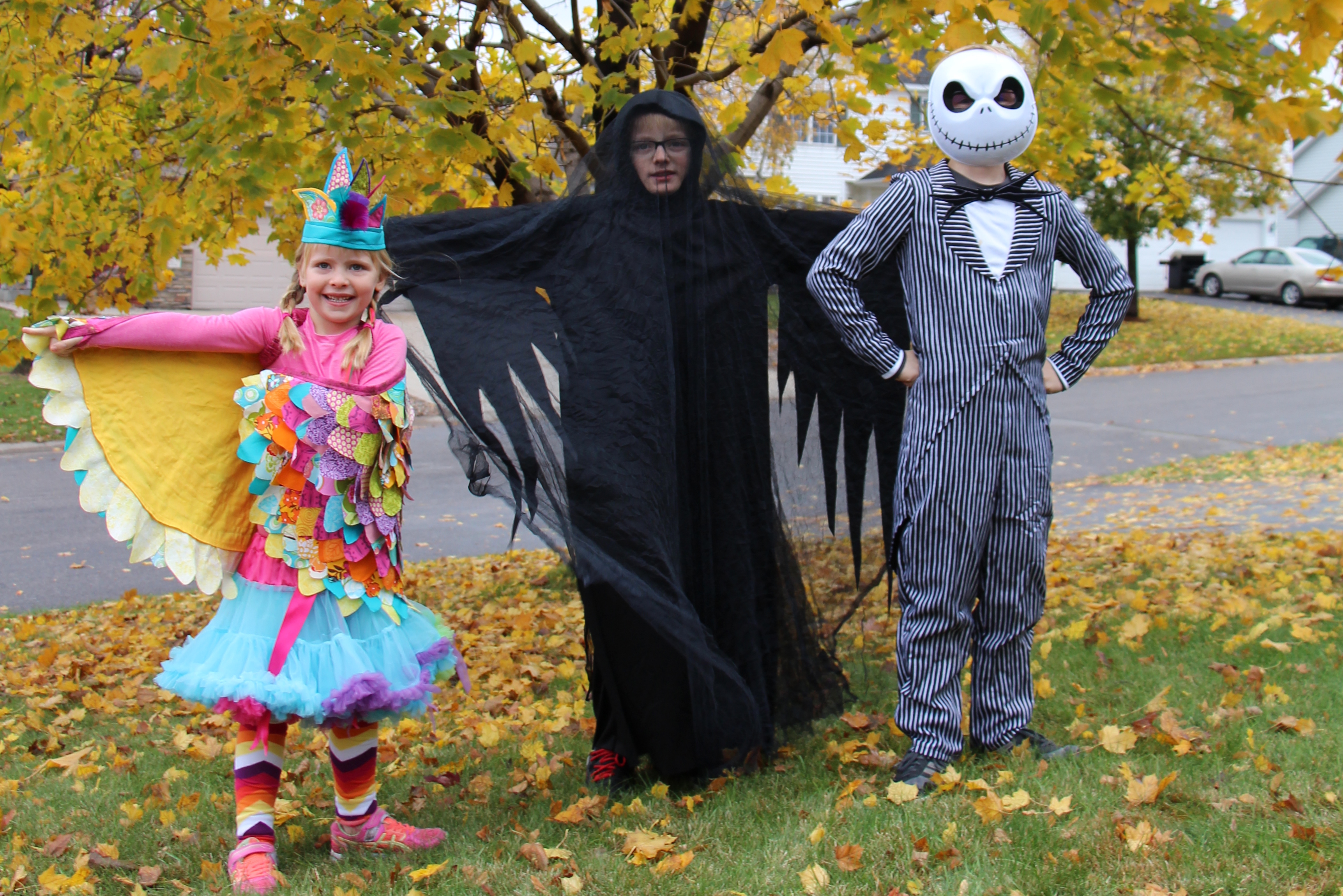 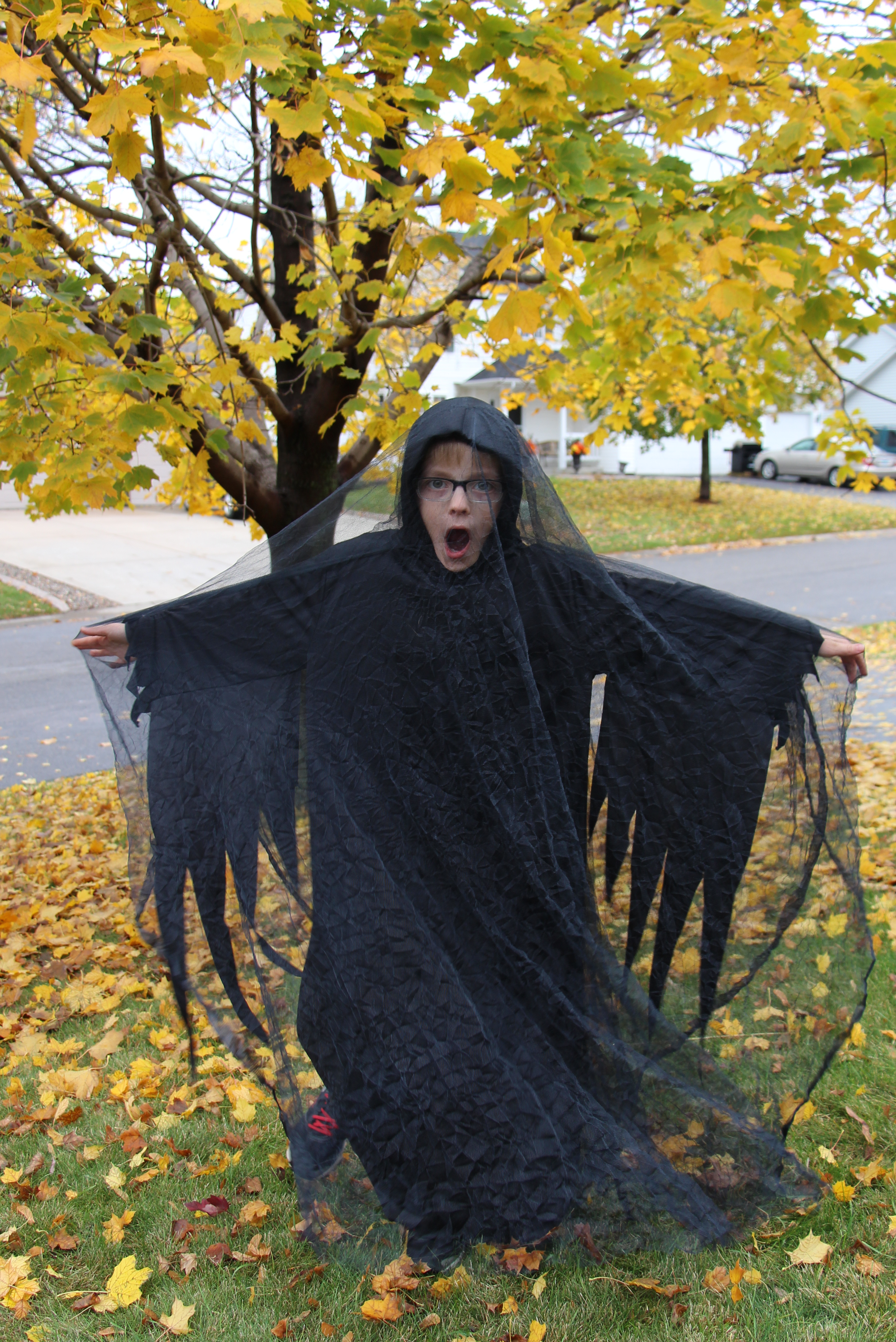 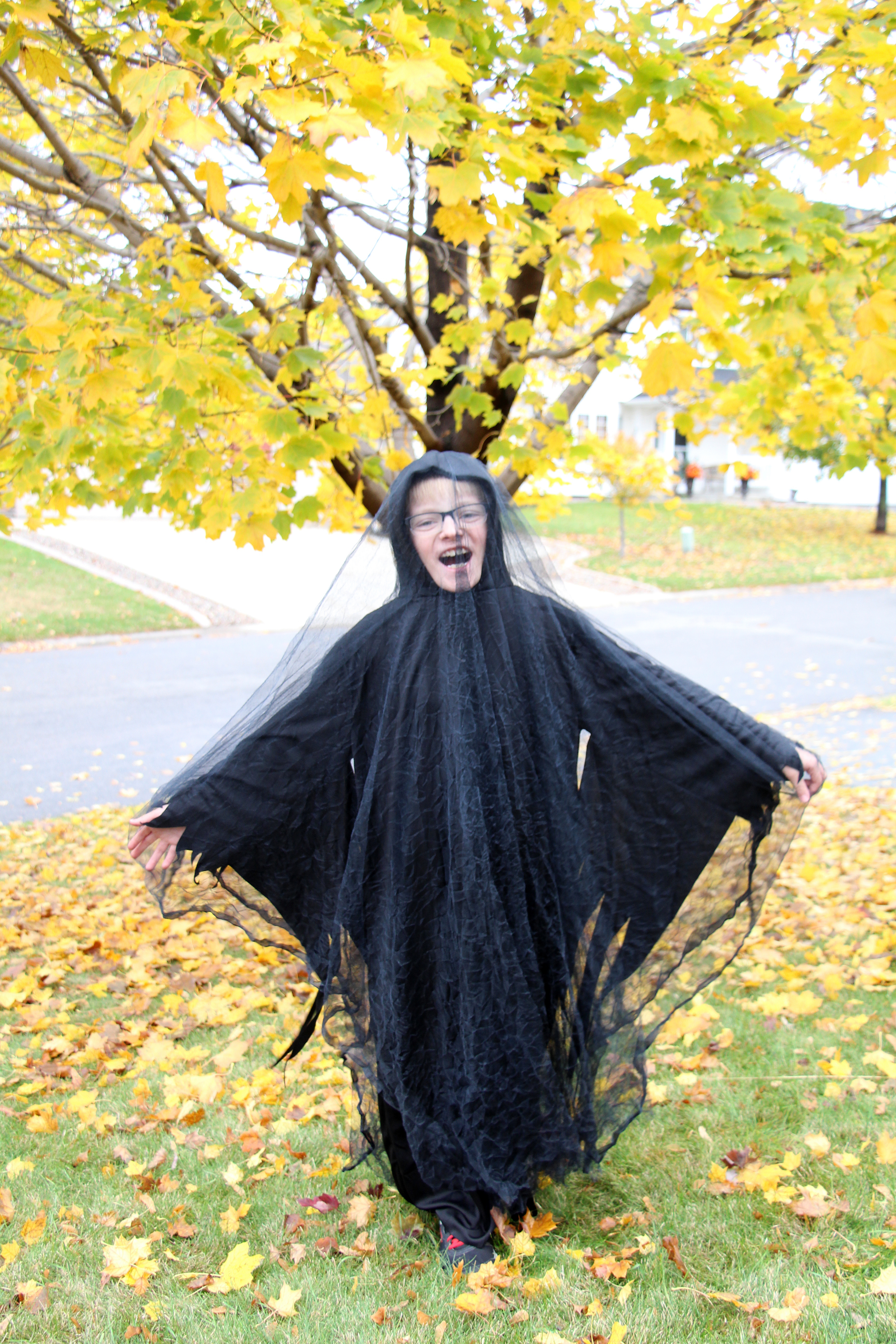 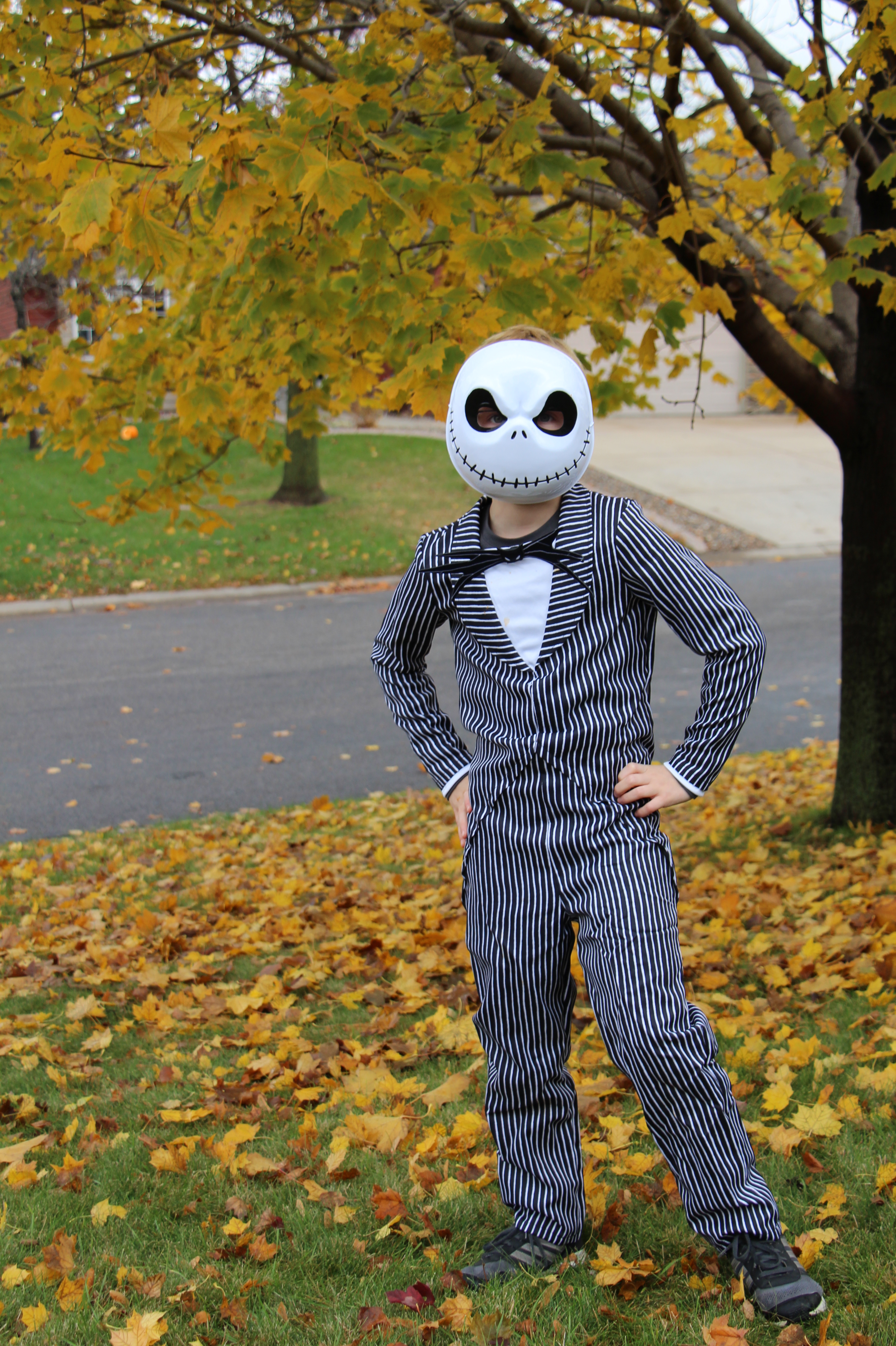 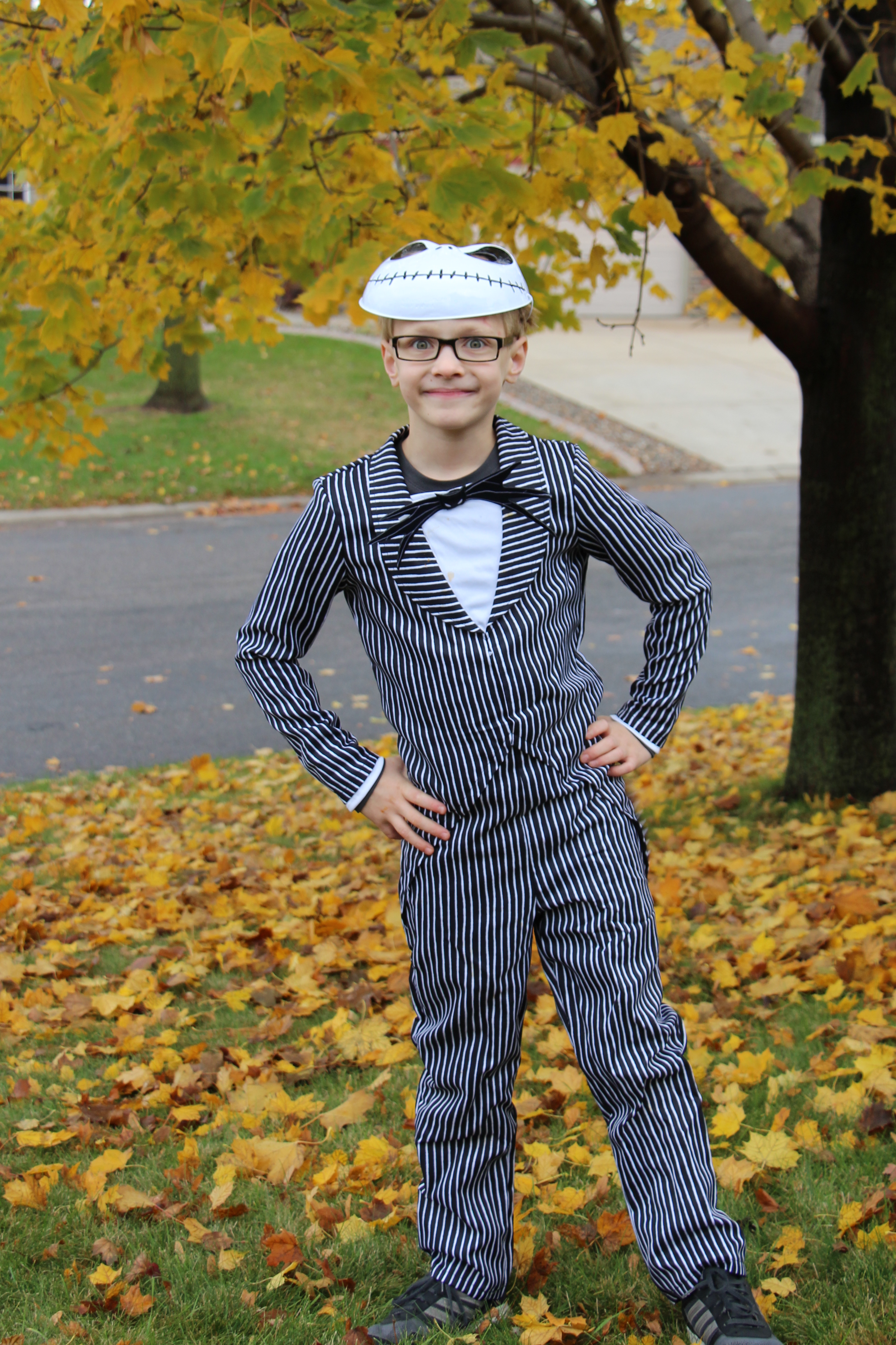 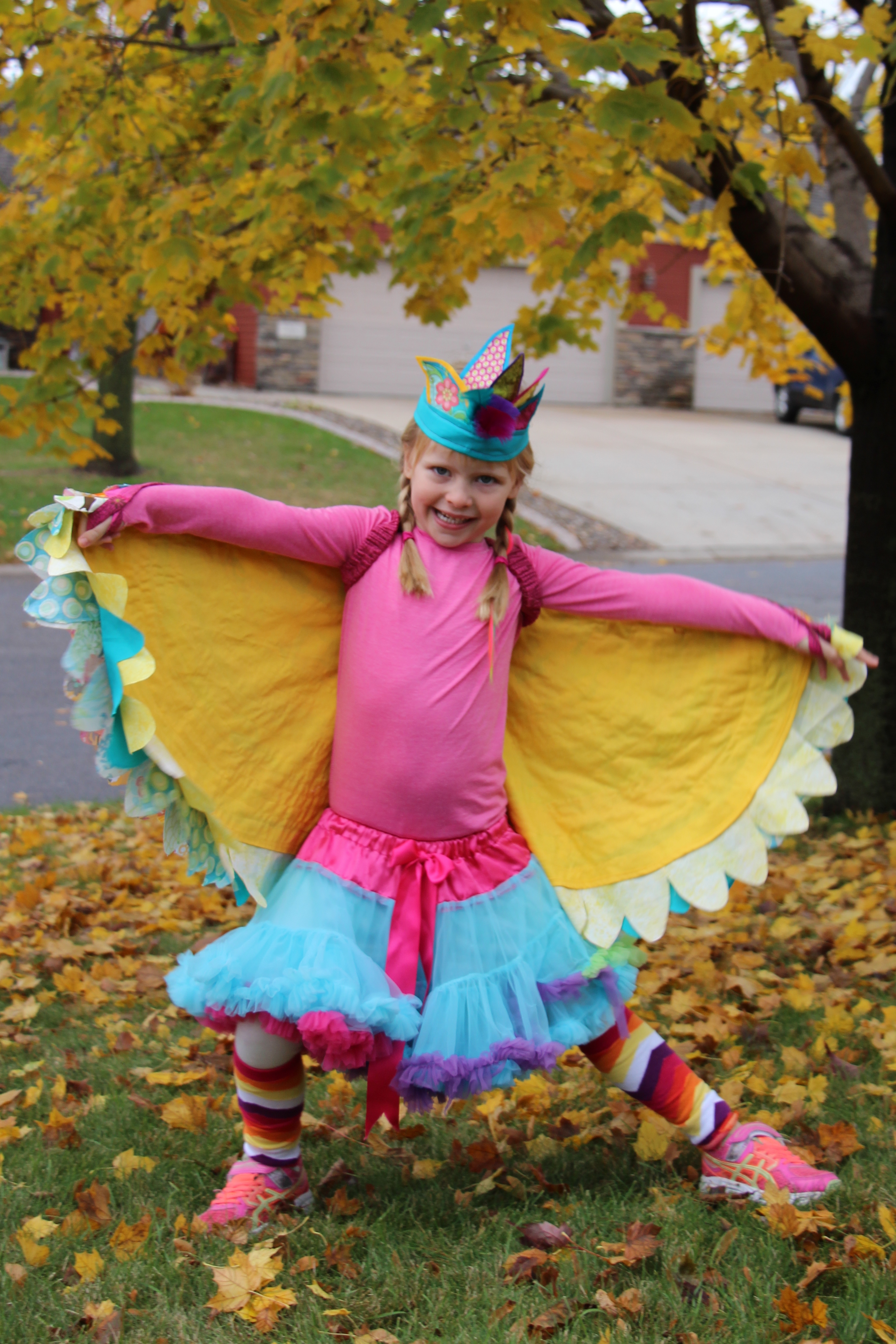 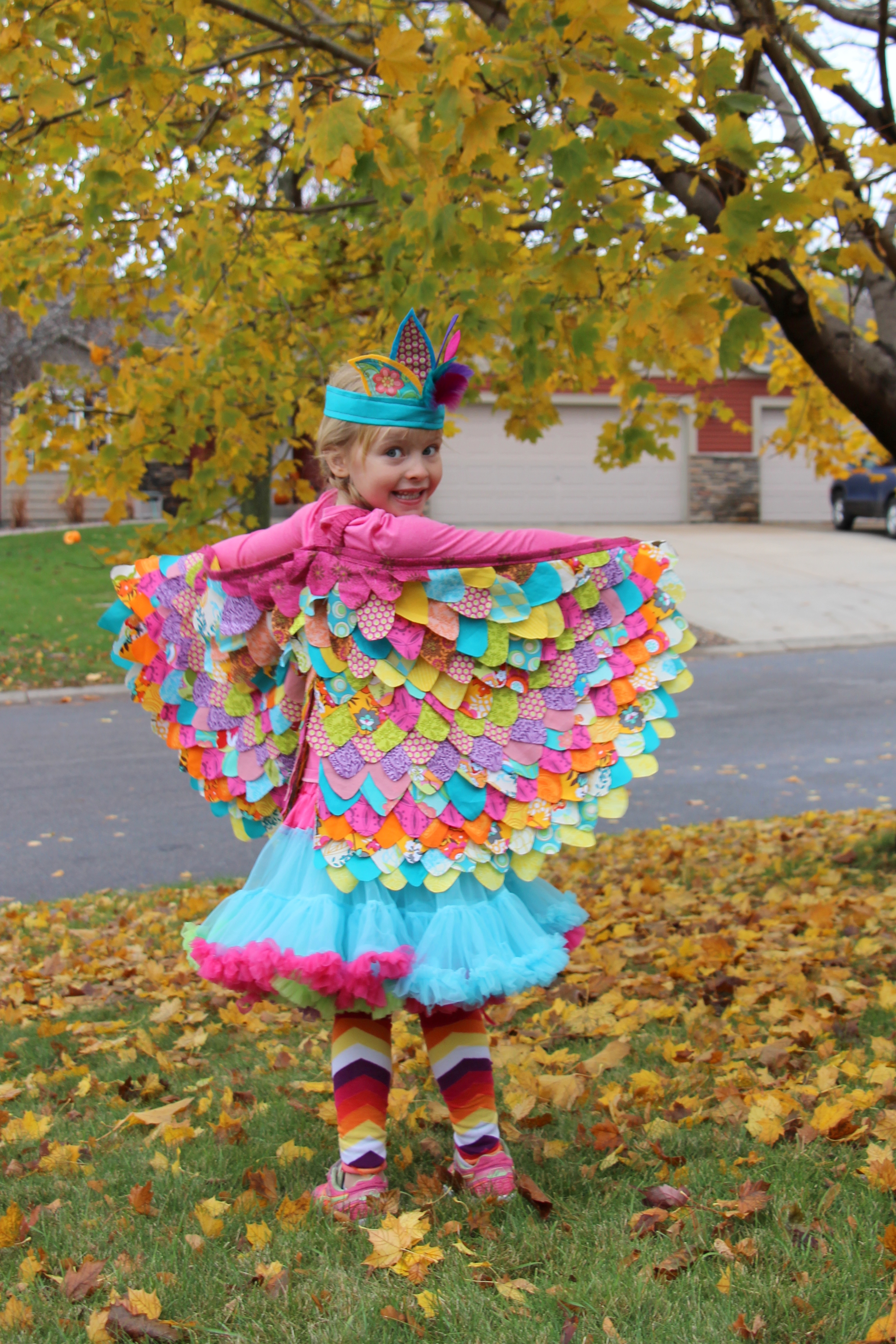 I still have no idea where she came up with “Rainbow Bird” but she was happy with what I made so I am going to call it a win. 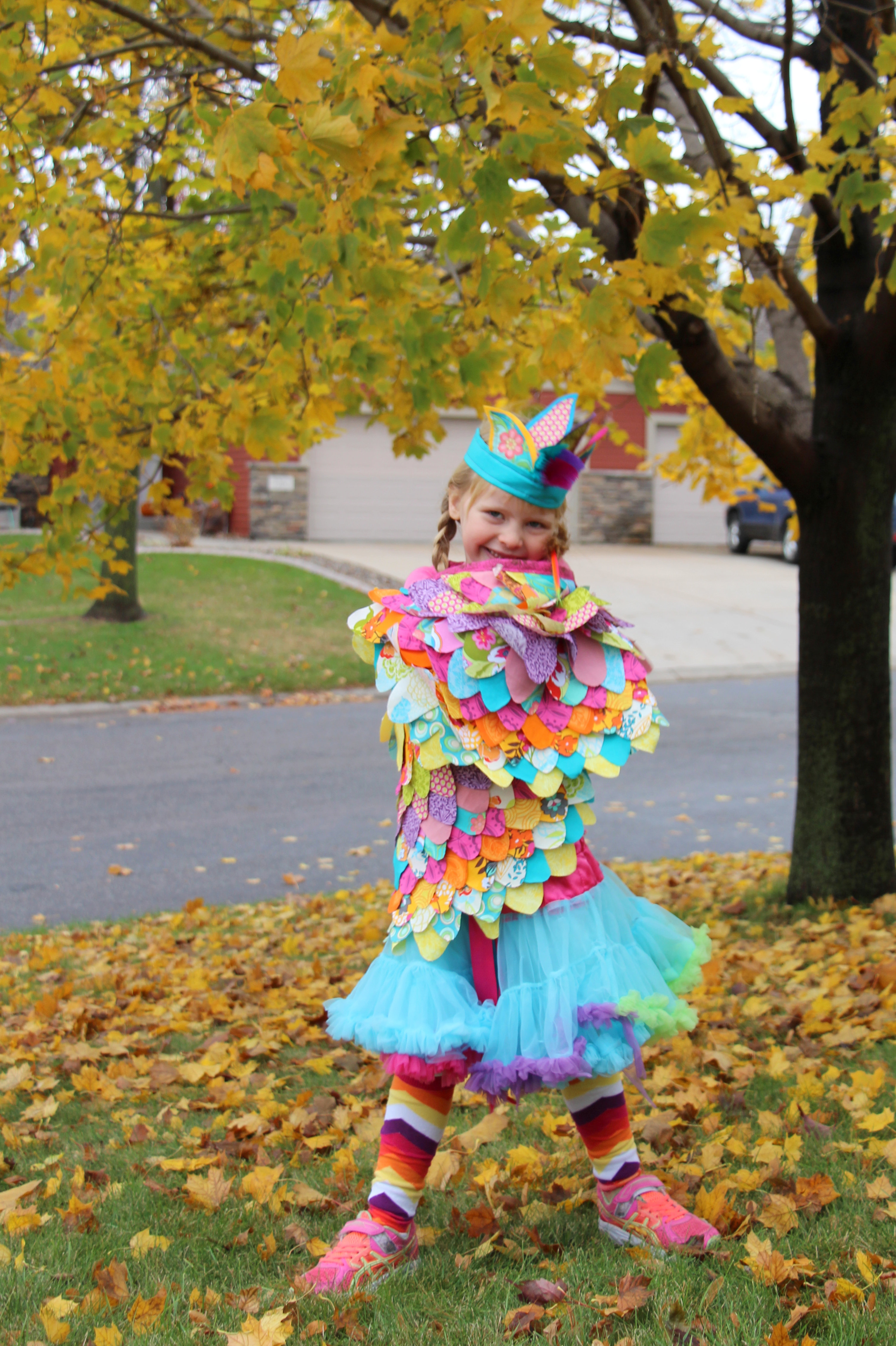 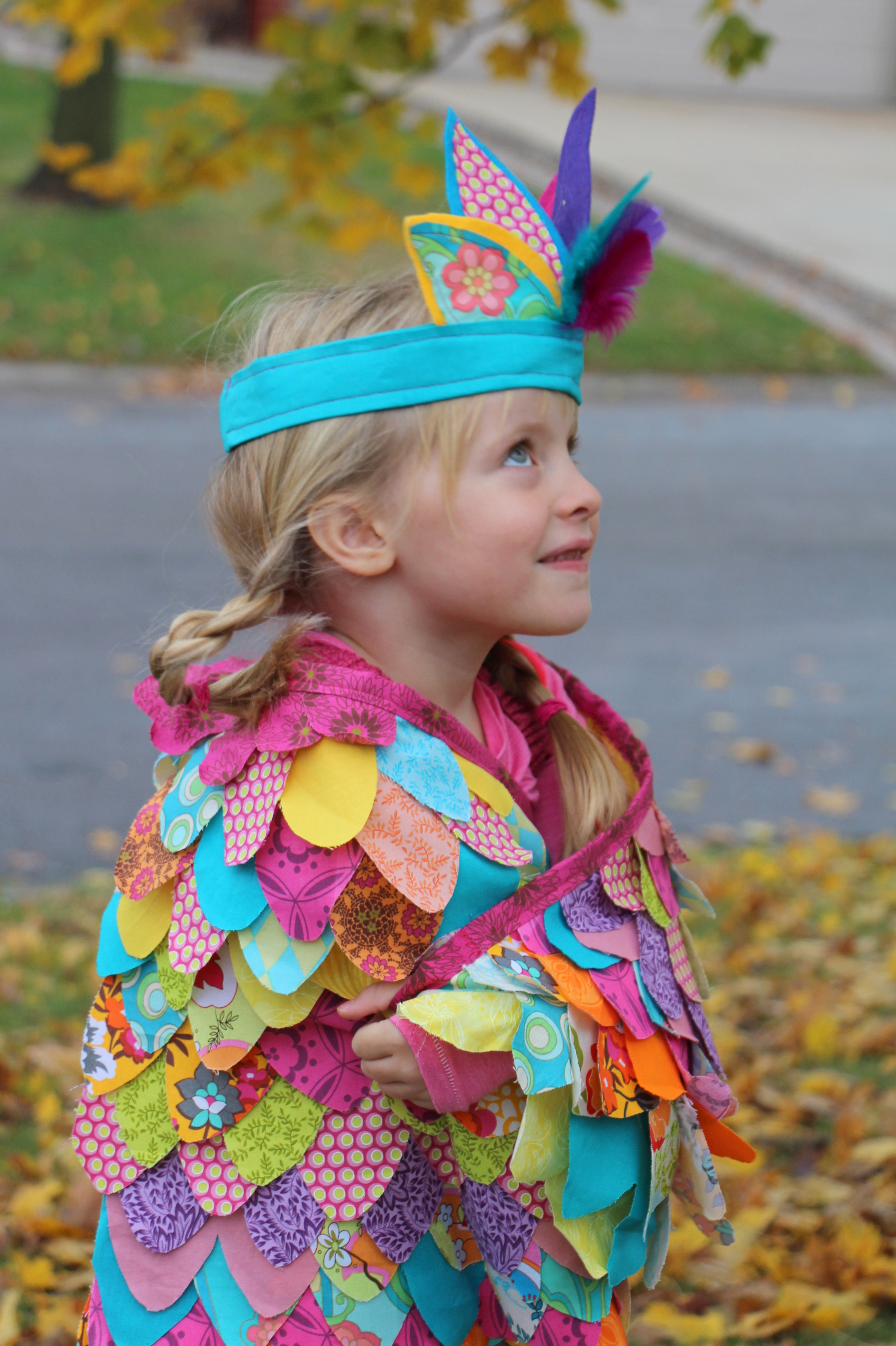 We were invited to a Halloween party so Tim and I dressed up too. Separately, Tim is a bottle of Sriracha and I am a hen. Together we are Spicy Chicken! 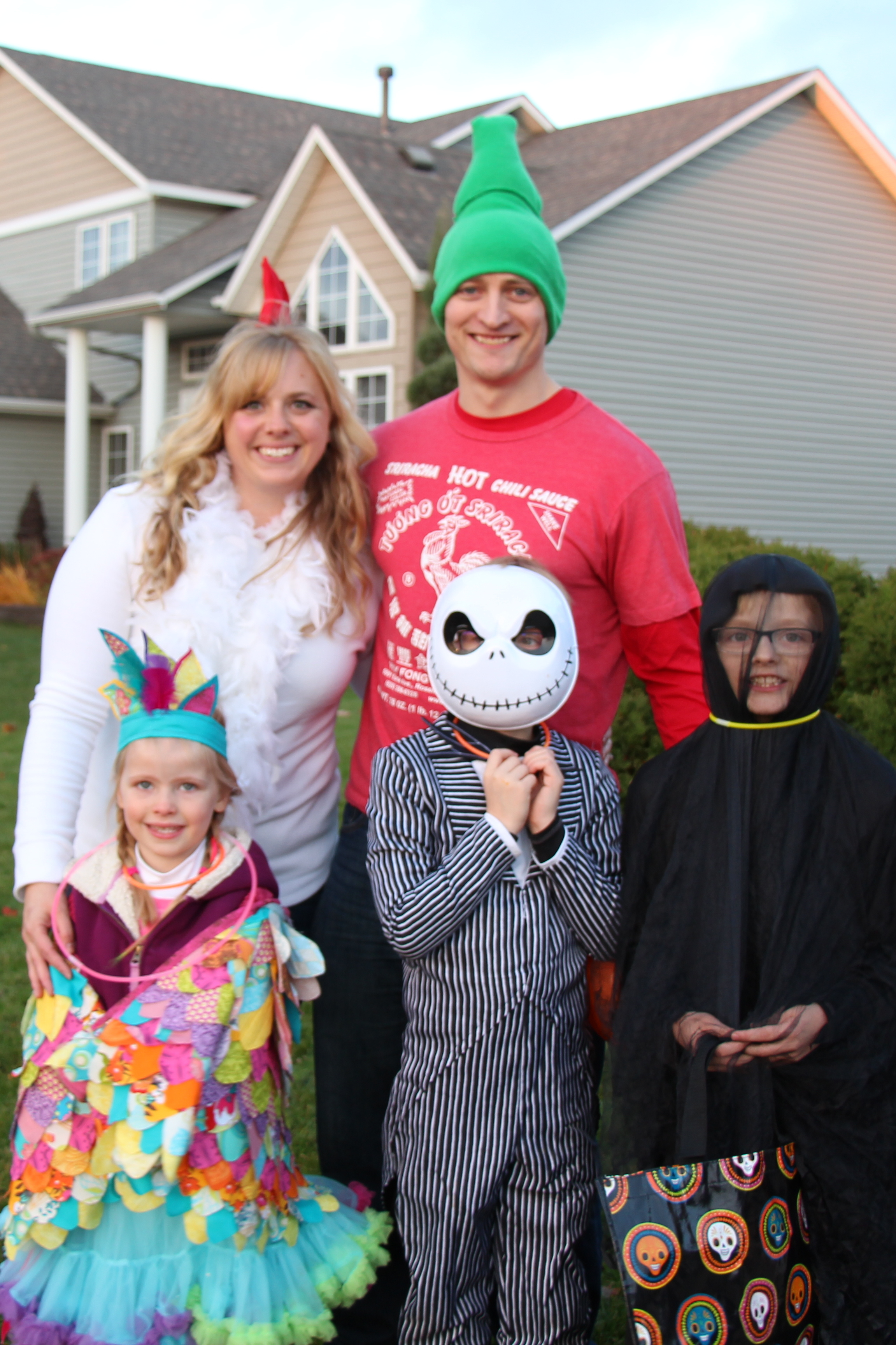