Patrick lost half his wheels on his bike last night.

He was a little worried. 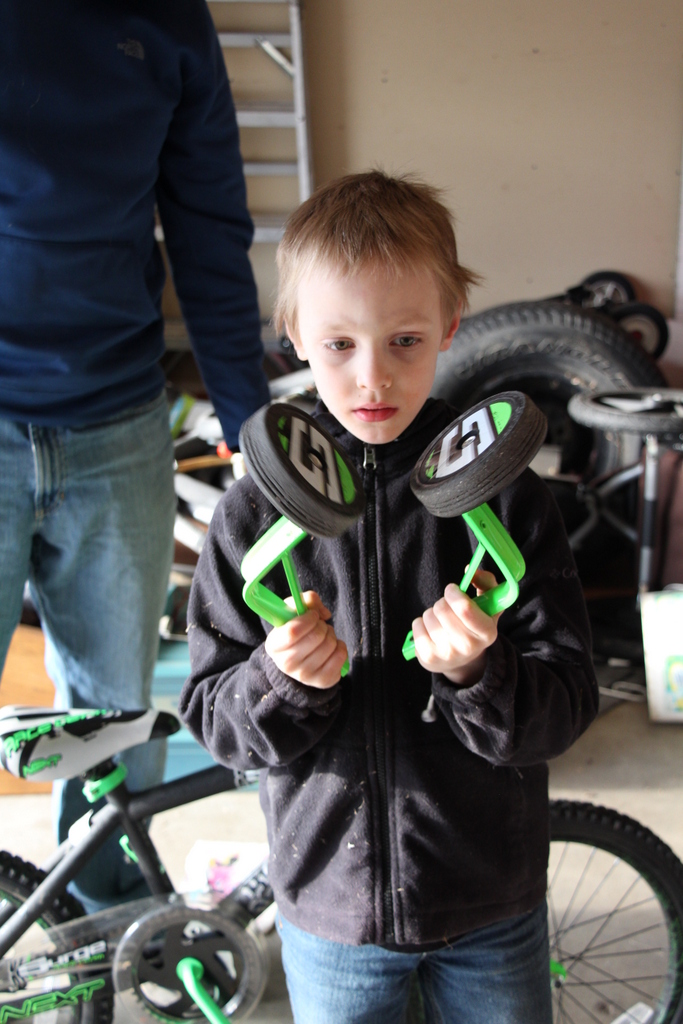 But with the encouragement of his Big Bro and Little Sis, he rocked it! 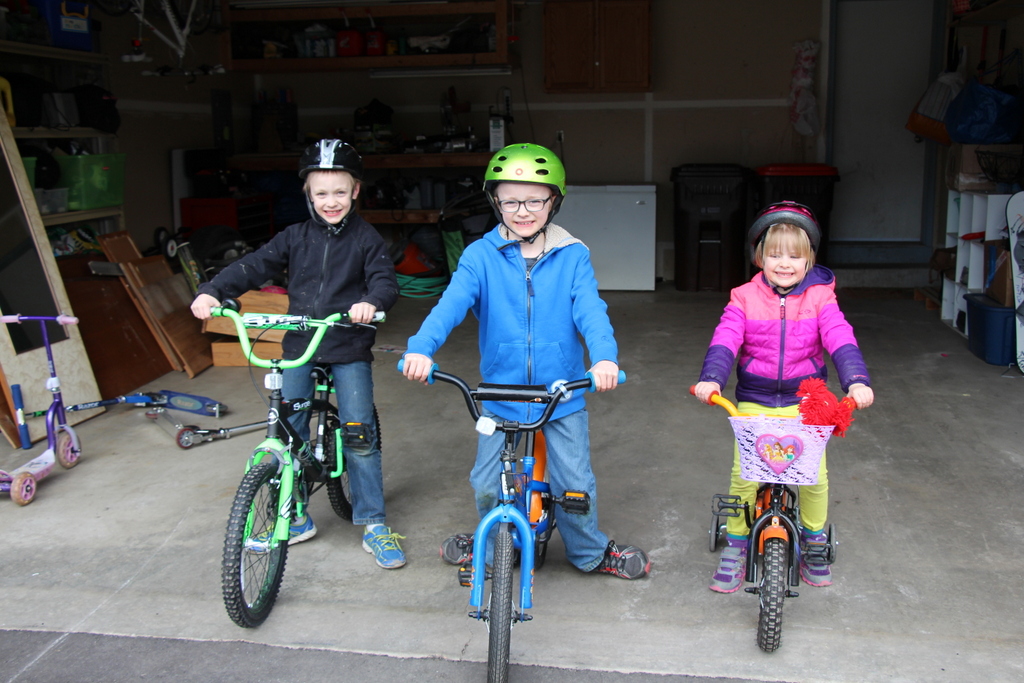 A little coaching from Dad and he was ready to go. 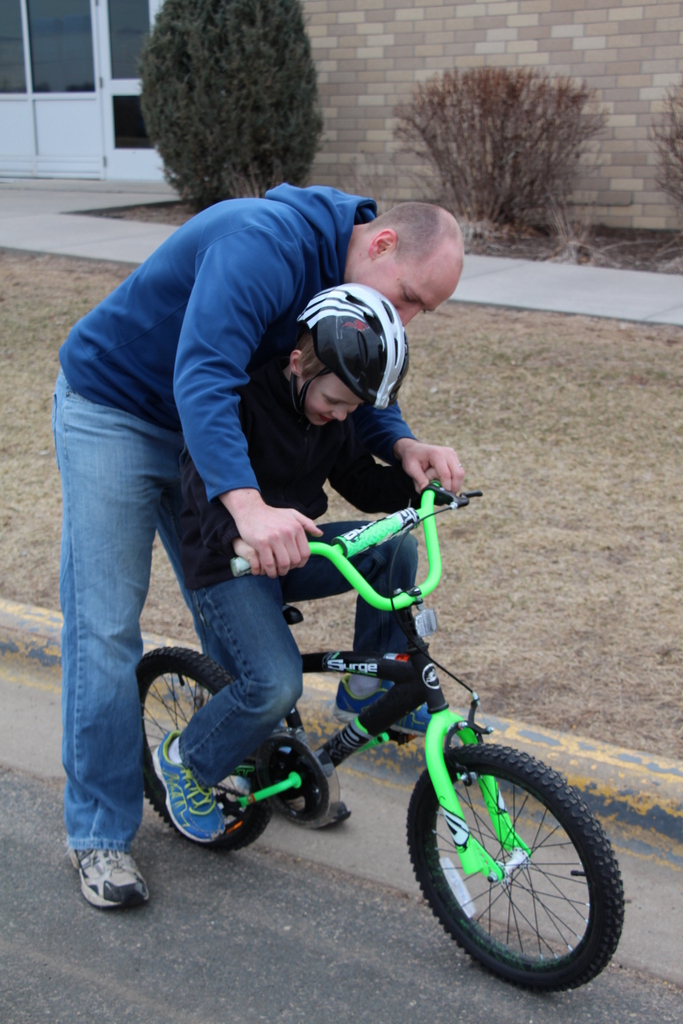 He did really well. 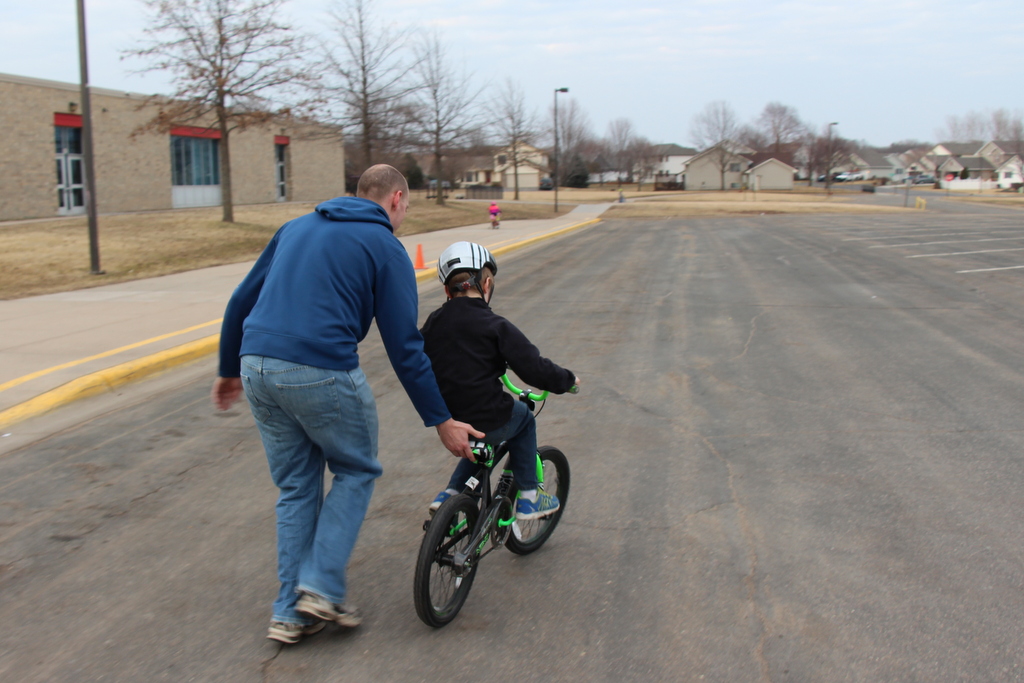 Within minutes he was on his own. 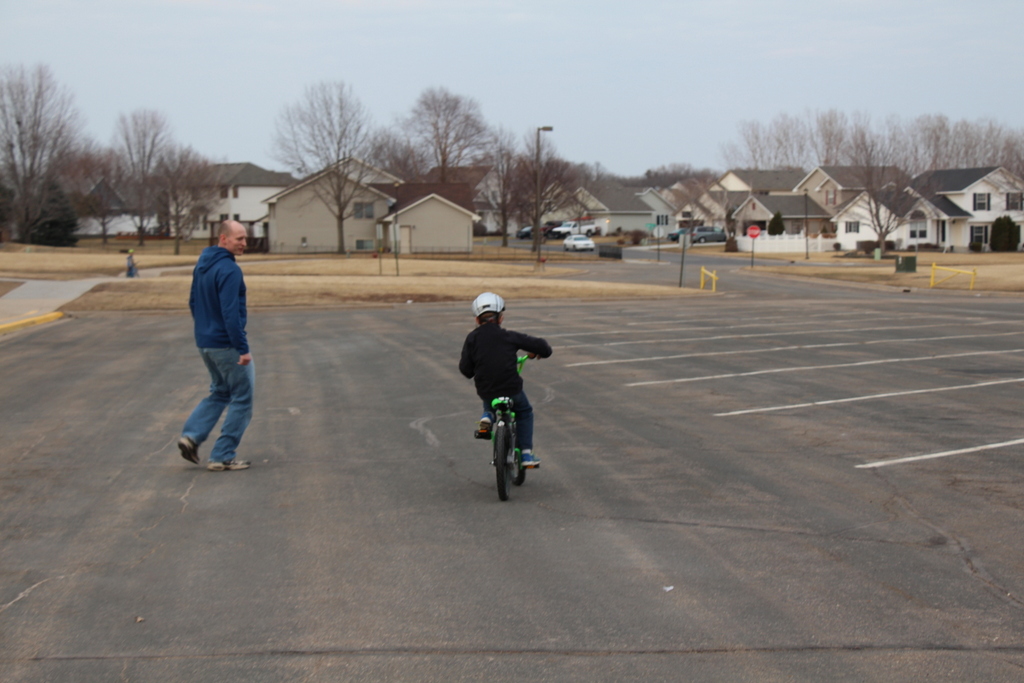 We were all so so proud. 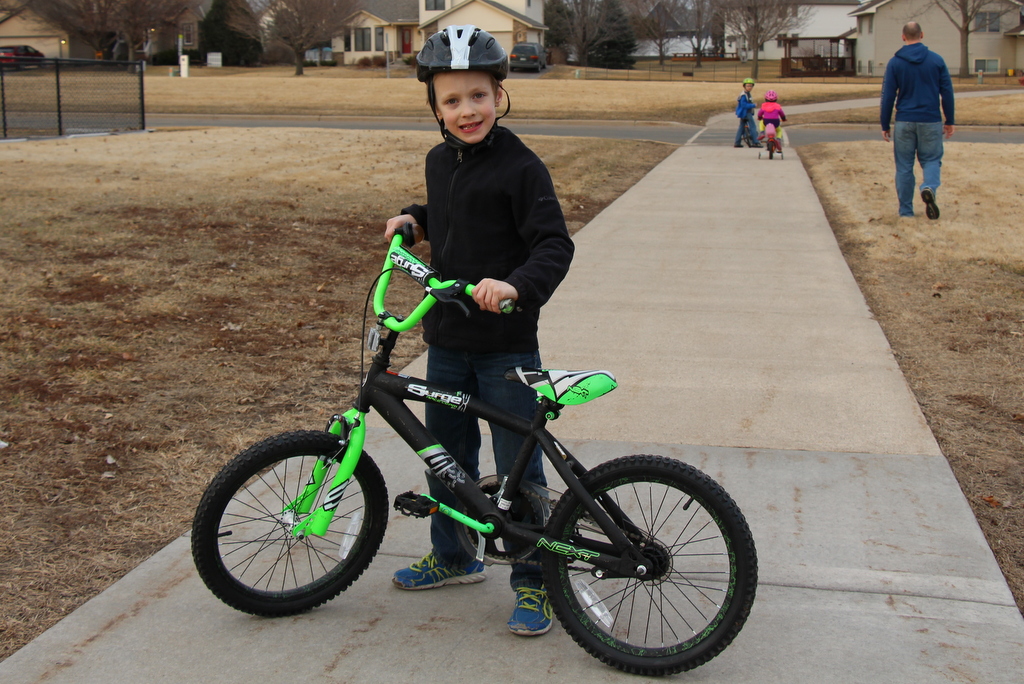 Steering was his only challenge. He is a bit of an over-correcter but he will be a pro in no time. He only ran into one junction box in the neighbor’s yard. 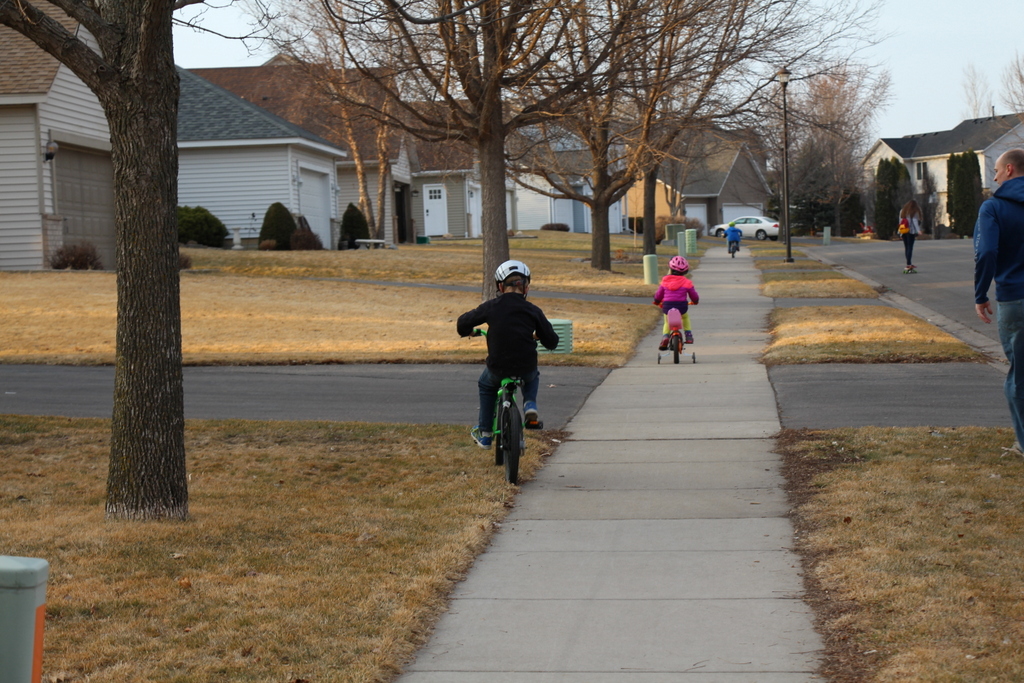 Such a big kid!

He has come a long way since his time on his little Crocodile bike. He hated riding bike. More proof of that hate here! 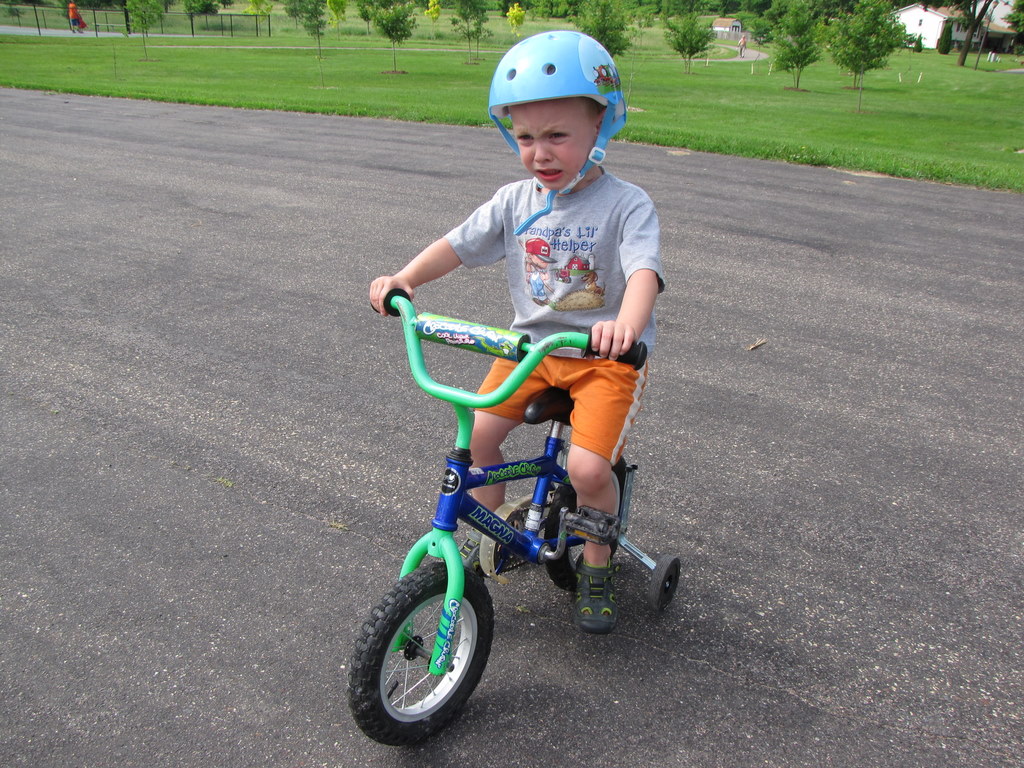 But last night he rocked it! You might want to watch the video at half volume or on mute. It was windy and I was cheering pretty loud! 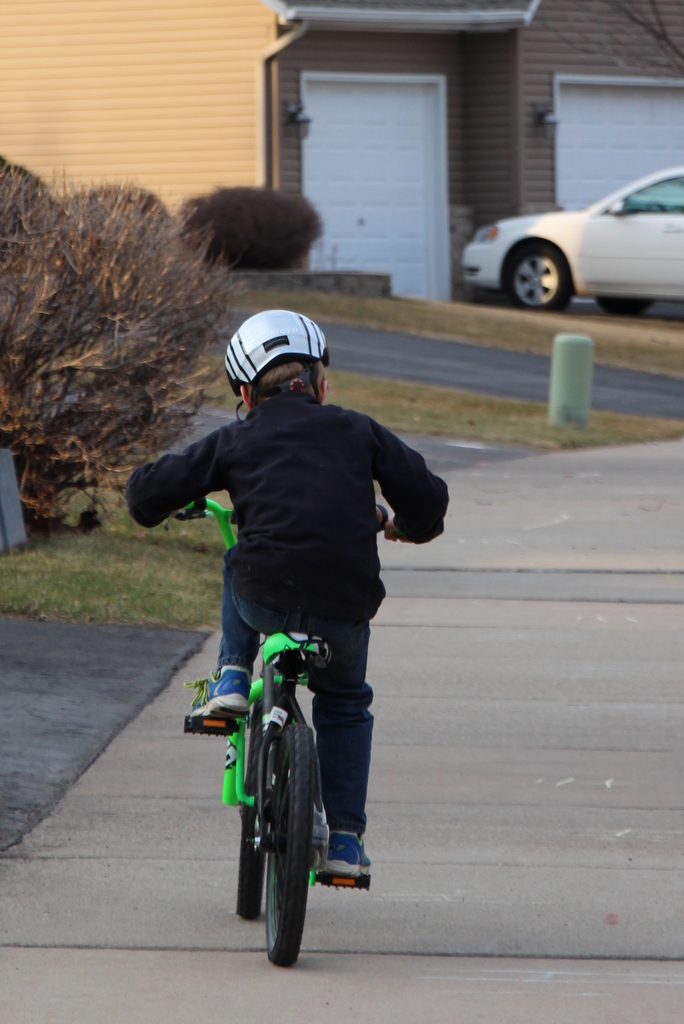 I’ve uploaded a few new pictures.Ã‚Â  Most notable are those of the boys going for their first bike ride.