For an additional $150 we had the option to add Disney Memory Maker photo package to our trip. Tim said no. I said yes. I bought the package. The idea is fantastic, and in theory it is a great deal. You get a digital copy of all the ride photos and every time you see a Memory Maker Photographer you can get your photo taken, scan your Magic Band and then you get those photos too.

Here is what Disney says about Memory Maker.

I was in love with this because without handing over my nice camera to complete strangers who are on vacation with their family, and kindly asking them to take a photo, I would get to have photos taken by a pro and the whole family could be in them. That seemed worth the $150 to me.

When we got to Animal Kingdom we hit up all the Memory Maker photographers we could find. Sometimes the wait was a few minutes because there were a few other families in front of us but it was worth it.  All five of us were in a photo together! After the boys and I went on the Expedition Everest roller coaster I was thrilled that I got to keep the photo of me smiling and the boys screaming in fear. At Animal Kingdom there seemed to be Memory Maker Photographers everywhere you would want one. 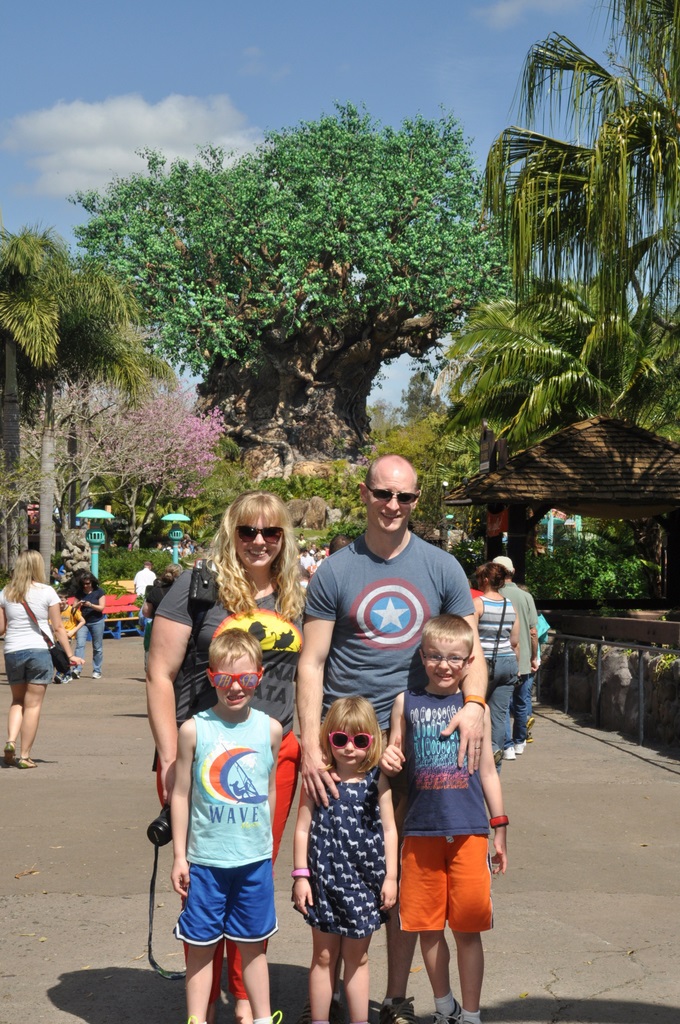 Day two was at Epcot. Here the photographers were harder to find, and the lines were LONG. An average of three or four families were waiting at a time and there was no order, rhyme or reason to the lines so it was very easy to have families cut in front of you in line (HUGE Disney faux pas). The ride we wanted to get a photo from was having camera problems so we couldn’t get a photo. 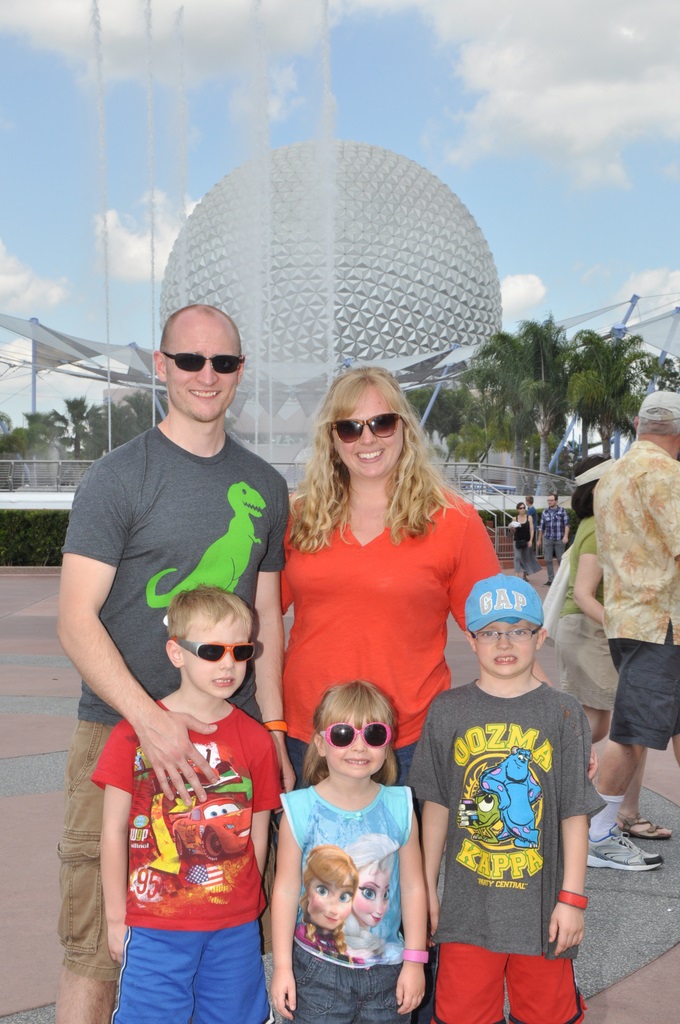 Day Three was the first day in Magic Kingdom. I was pumped at the thought of getting a good family pic in front of Cinderella’s Castle on Main Street. There wasn’t a Photographer outside the entrance where the big floral Mickey was and I was bummed about that, but there were photographers every 30 ft on mainstreet. This allowed you to get lots of photos with different perspectives of the castle. Scratch that. It allowed you to get the same photo 6 times with the castle a different size behind you. None the less, I was convinced that there was bound to be at least one good photo of the family out of all of them. The Cinderella Castle was the only place we saw a memory maker that day. There are so many great photo ops. The carousel, in the Tikki area by the Jungle ride, near any of the classic rides. A different angle of the castle even. 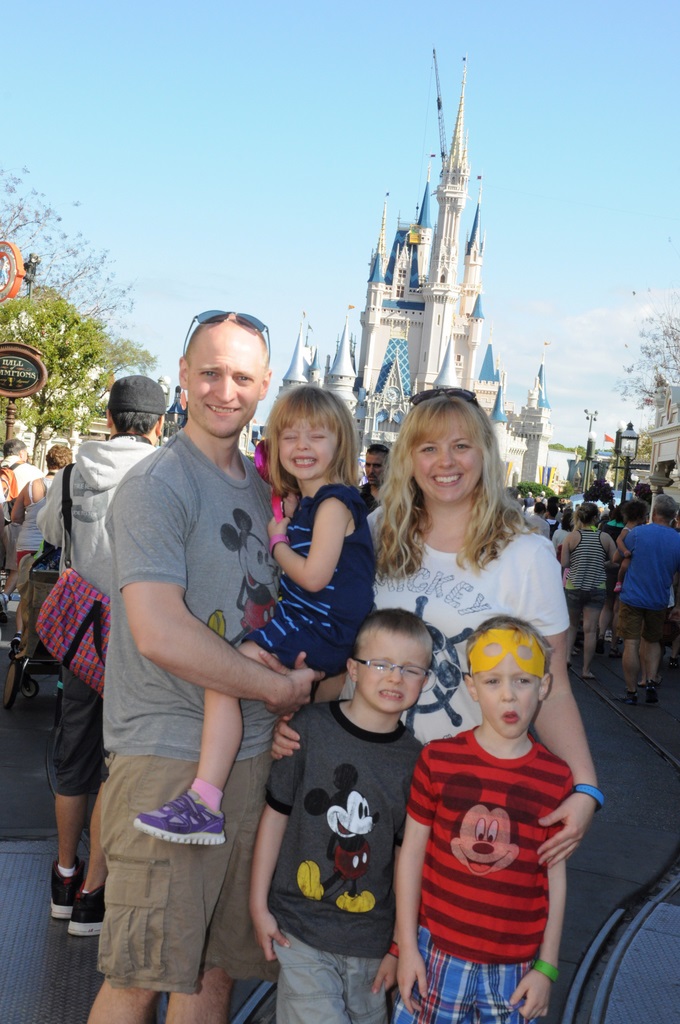 Day Four was at Magic Kingdom again and we tried all the mainstreet / castle photos again. We were able to find another MM Photographer by the Gaston Fountain. And we got photos from the Buzz Lightyear ride. 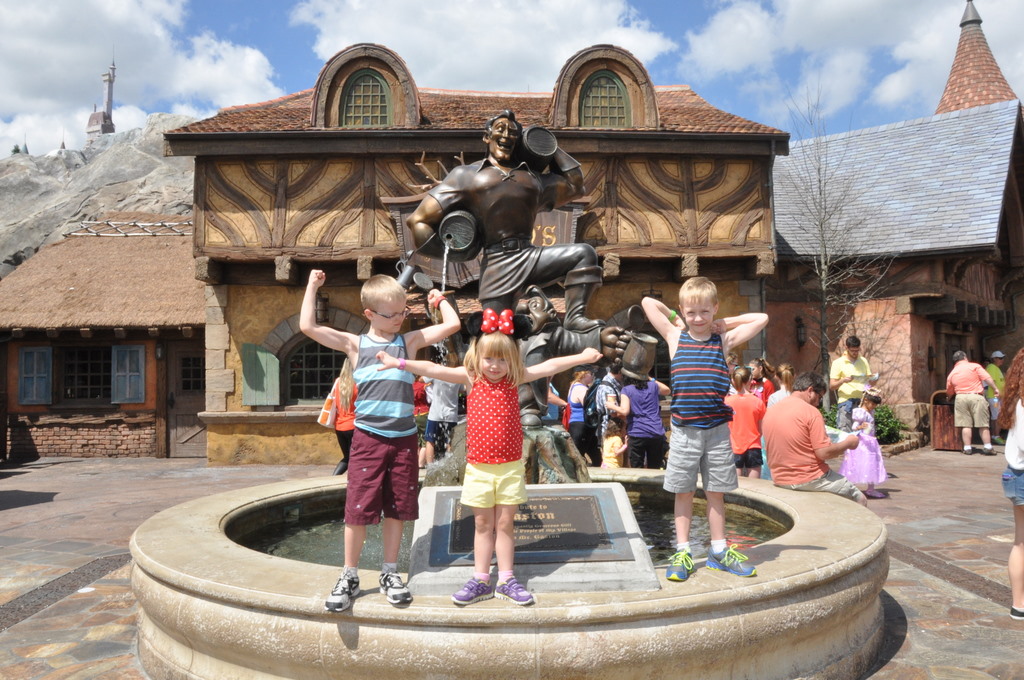 We went back to Epcot on Day Five. There were a few more MM Photographers, but they were all positioned in front of some angle of the globe. The only MM Photographer we saw in the “All Around the World” was with Elsa and Anna. We didn’t wait in line 4.5 hours to meet them so the only photo we have of them is one I took through an open door at the gift shop.

Overall I am not impressed. I am least impressed and most upset with the quality of the photos. Many are crooked. Most are poorly lit. The cropping of the photos was strange in a way where a lot of the time the landmark was not visible. The second problem is that there were not enough Photographers positioned throughout the park. They missed way too many opportunities. It would be worth the cost if there were more photographers and those photographers were trained on how to use their camera. 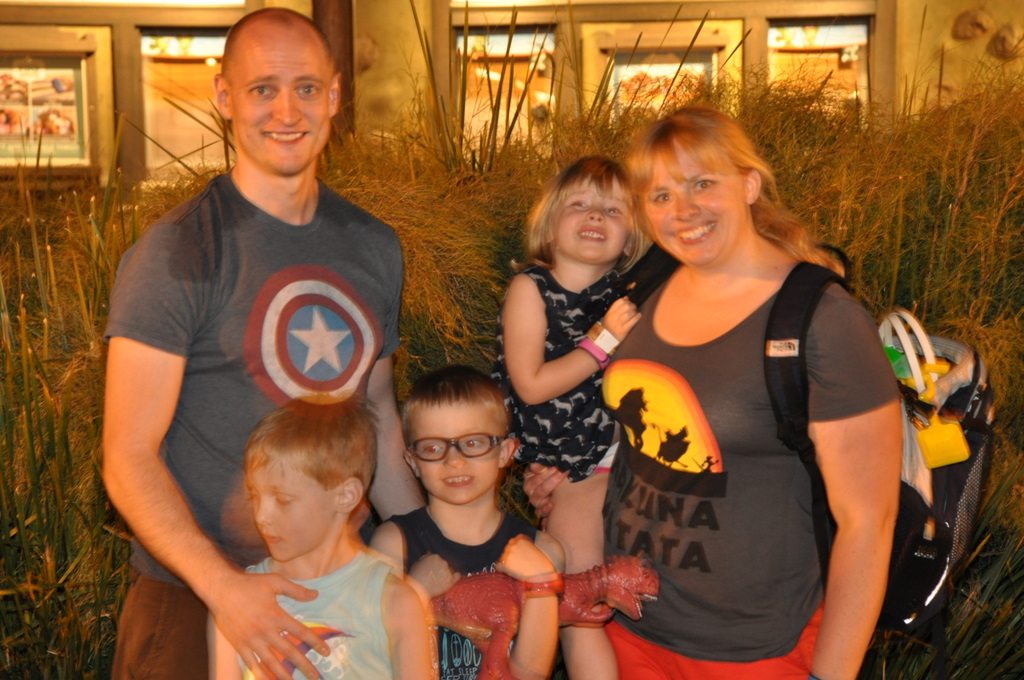 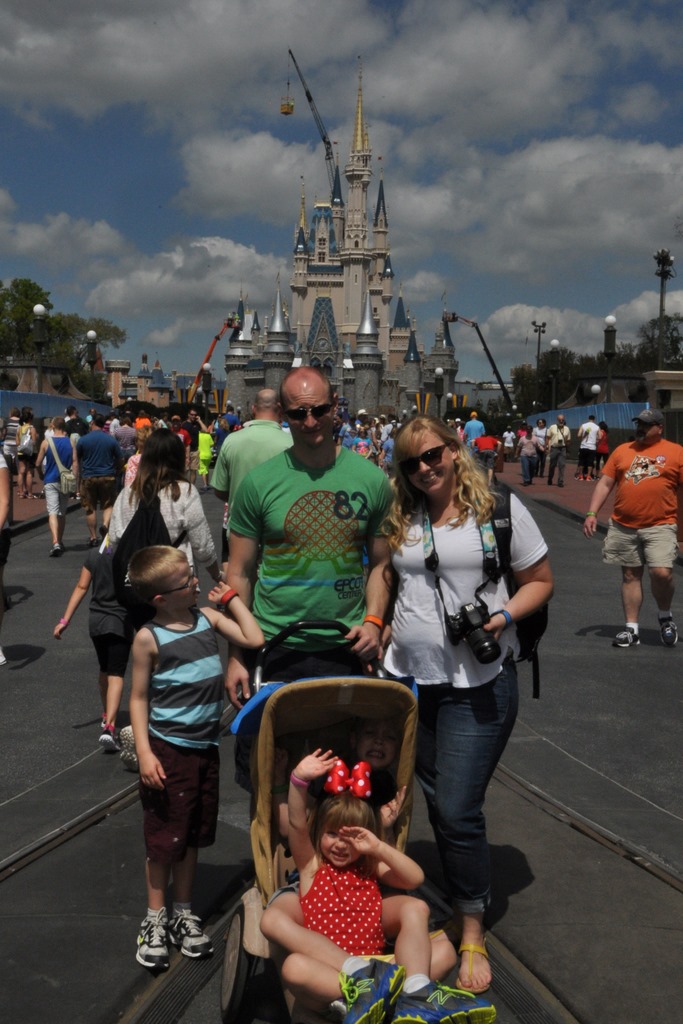 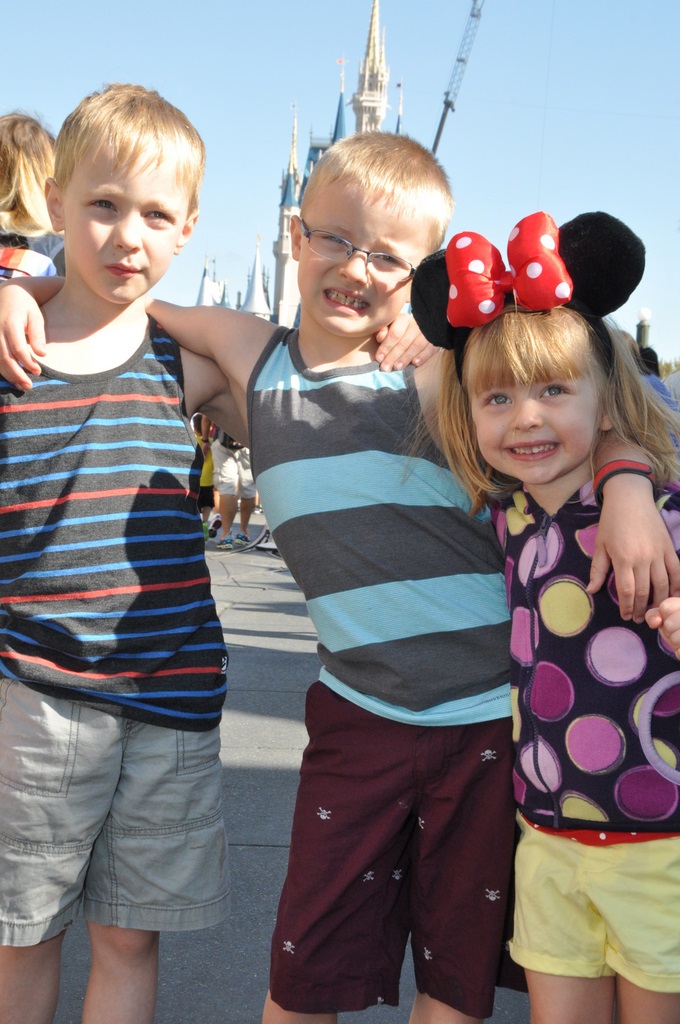 I think the biggest kicker of all is that there were families in line to get their photos taken and they would just hand over their own cameras and the MM Photographer would snap photos with their camera. If I would have known this I could have set up my camera to the right settings and then stood in line and asked them to take the photo. It would have saved me $150 and I would have had a better chance at a quality photo.

In the end I am glad we bought the package for our first trip. I would have regretted not buying it and I would have imagined the 100s of wonderful photos I missed out on. When (not if) we go back, and unless there are some serious changes to the program, I will not buy the package again.

That said, I do love that we have family photos from the vacation, and this is my favorite. 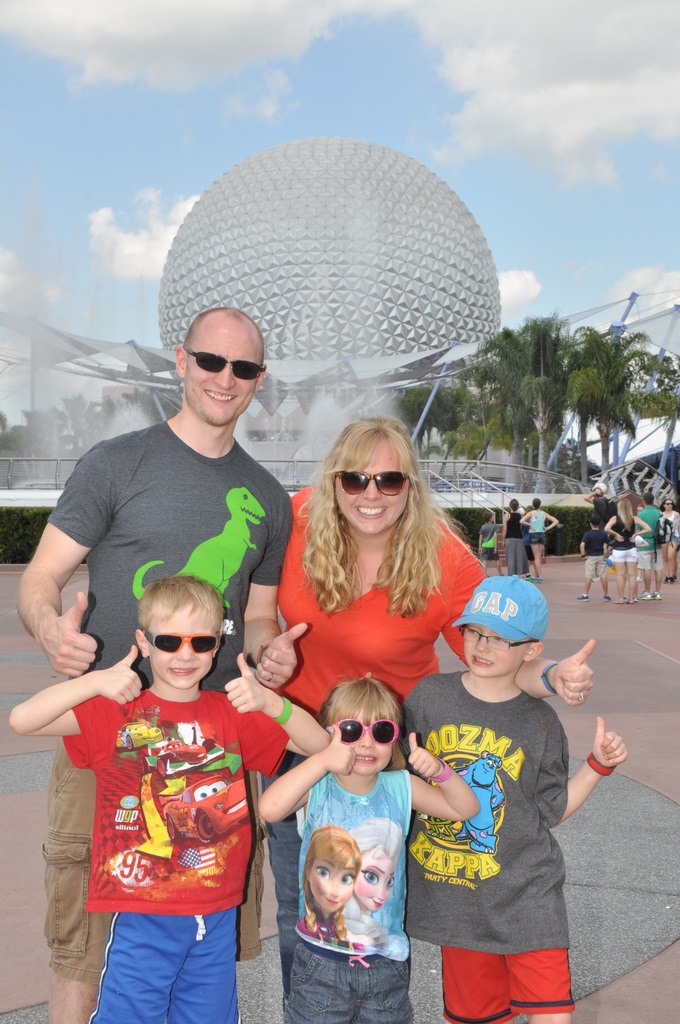 Our vacation was entirely planned by Easy Days Getaways. Jess did an incredible job and we had a trip of the life time. I can not recommend her enough!

**All photo are unedited and have only been resized in order to fit this blog post. To see more of our Memory Maker photos go here!

While at Disney we stayed at Kidani Village. The resort was incredible. Absolutely beautiful. We were in a “one bedroom villa” that had a full kitchen and right off the kitchen was a sitting area with a couch and chair. Both couch and chair folded out into beds and that is where the kids slept. Tim and I had a bedroom and bathroom off of the living room. The suite was a splurge but in the end, because we have three kids, Disney requires us to be in a room for at least five. There isn’t an option to all share a double queen room and have a rollaway cot delivered. So really our choices were getting a suite or paying for two adjoining hotel rooms. Maybe when the kids are older we will opt for two rooms but for now, I feel better knowing that there is only one entrance to our suite. Both the sitting area/kid sleep zone and the bedroom had doors to a balcony. From the balcony we watched the safari animals. Not sure there is a better way to start the day. 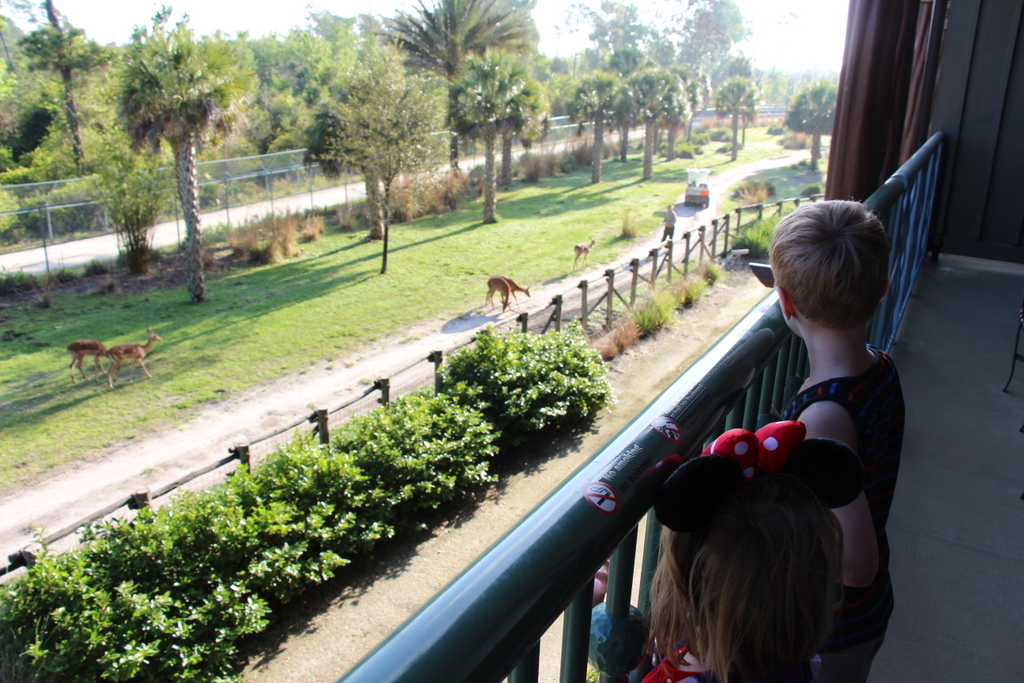 On the morning pictured all the animals were of the deer family. I am not sure of the logistics of it all, but we saw many kinds of animals out the window. The zoo or wildlife reserve, or whatever they call it, is open range. The animals can wander wherever they want but I think they “herd” them by putting out the different feeds in different areas everyday. We would see warthogs one day and antelope the next. All from our balcony when we lathered the kids in sunscreen.

This is the lobby of Kidani. That window… it was beautiful and there were always zebra and giraffes right outside. 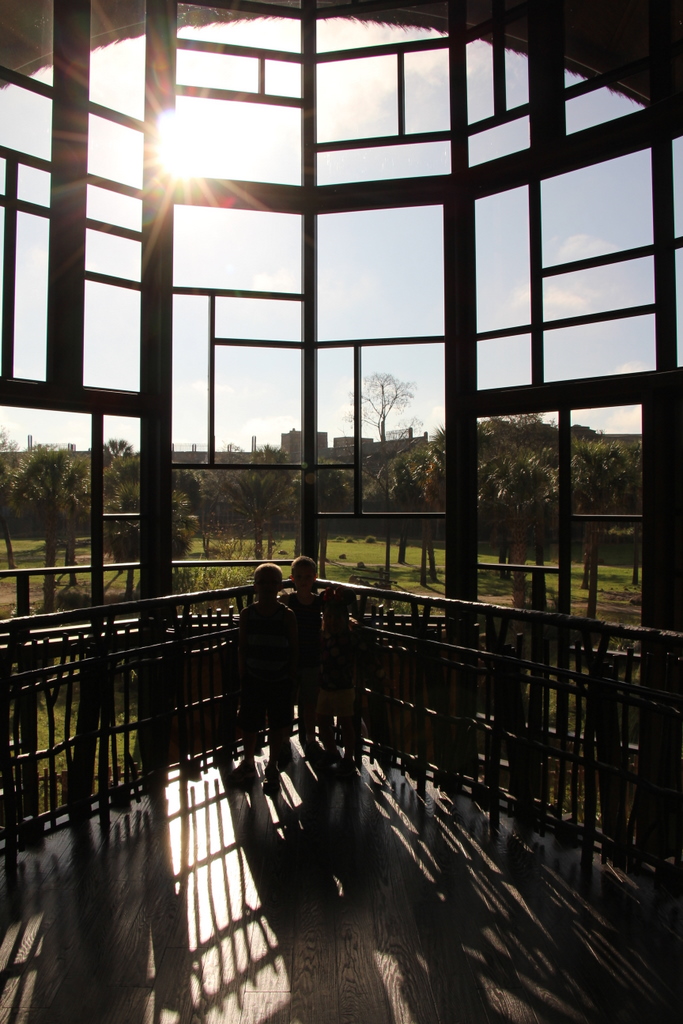 We just missed the shuttle bus to Magic Kingdom and it was a 20 minute wait for the next one. I seized that time to take a few portraits of the kids. 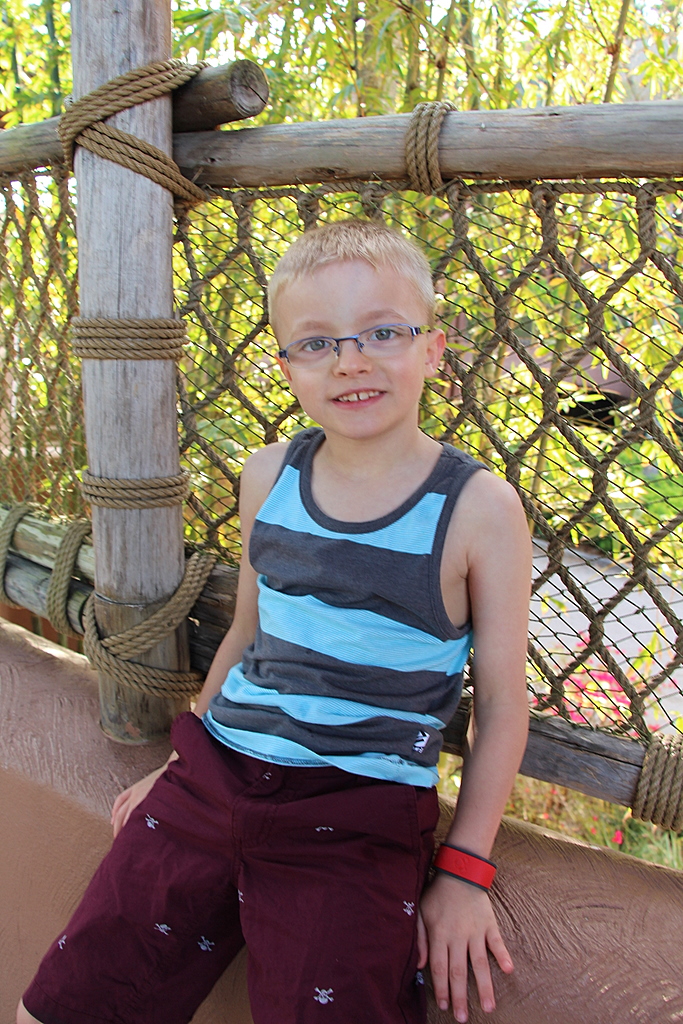 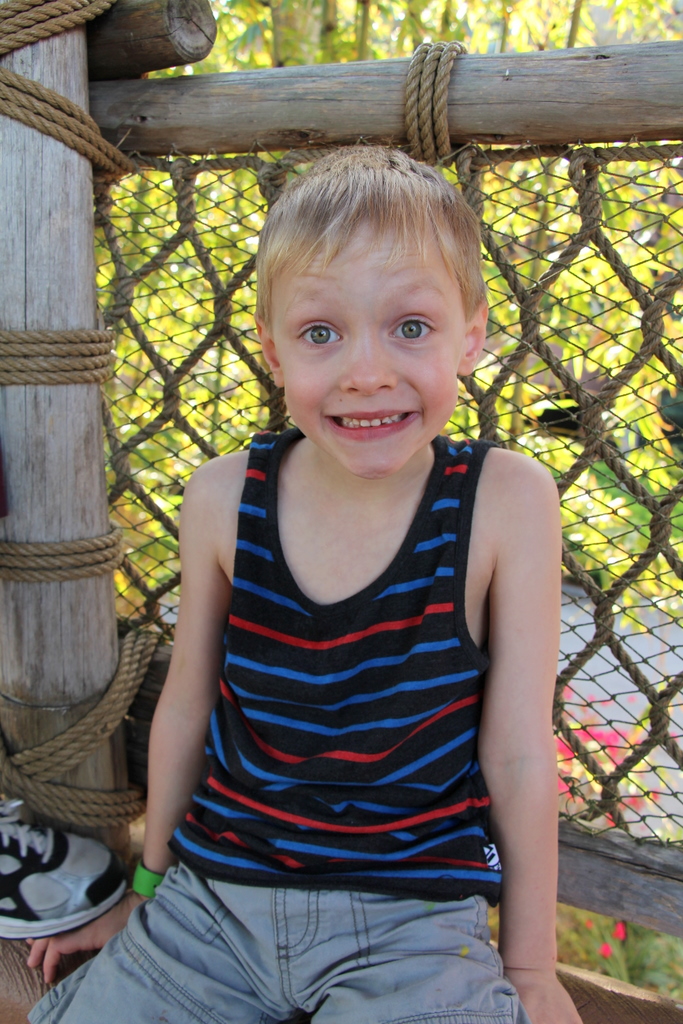 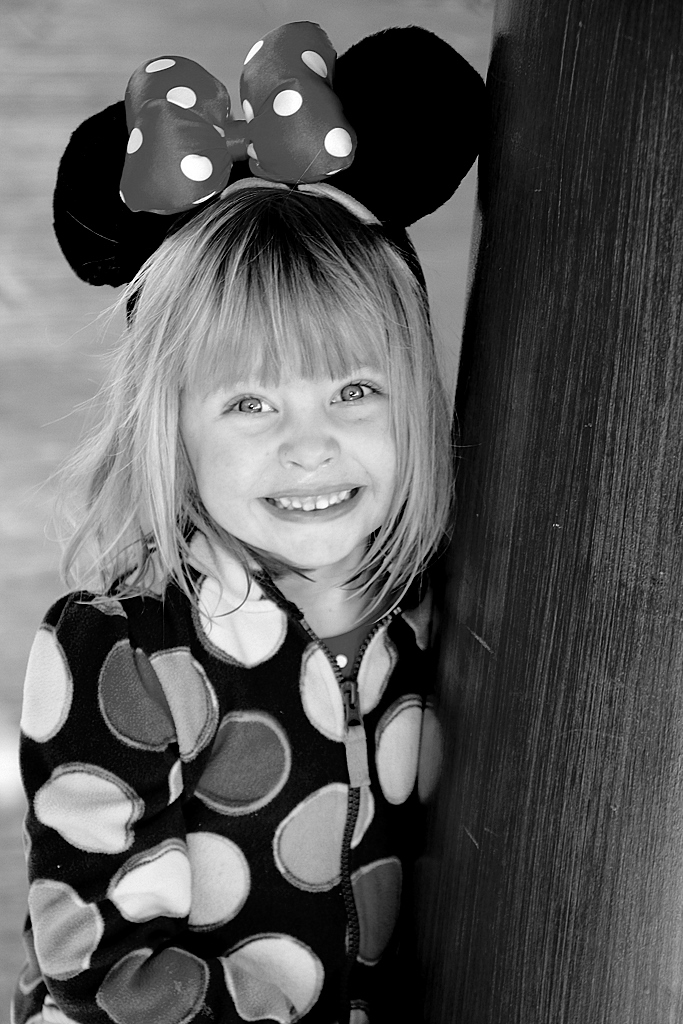 We got to Magic Kingdom and our itinerary was short and sweet. Today was our half day at the park. We would spend the afternoon back at the resort swimming because four days of theme parks in a row can take a toll on you. We needed a break. 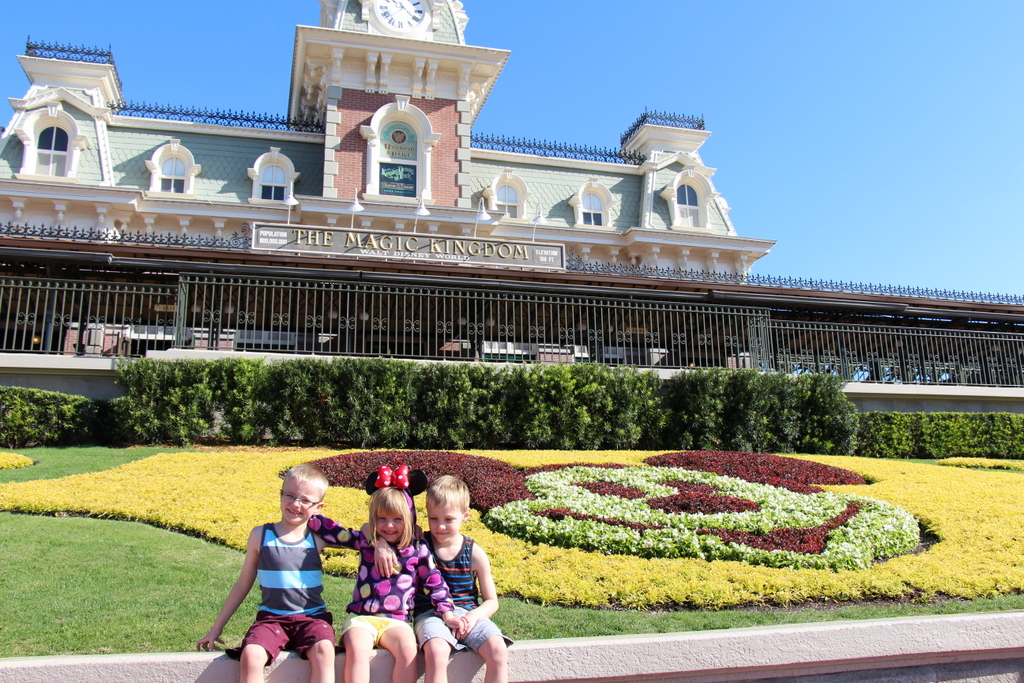 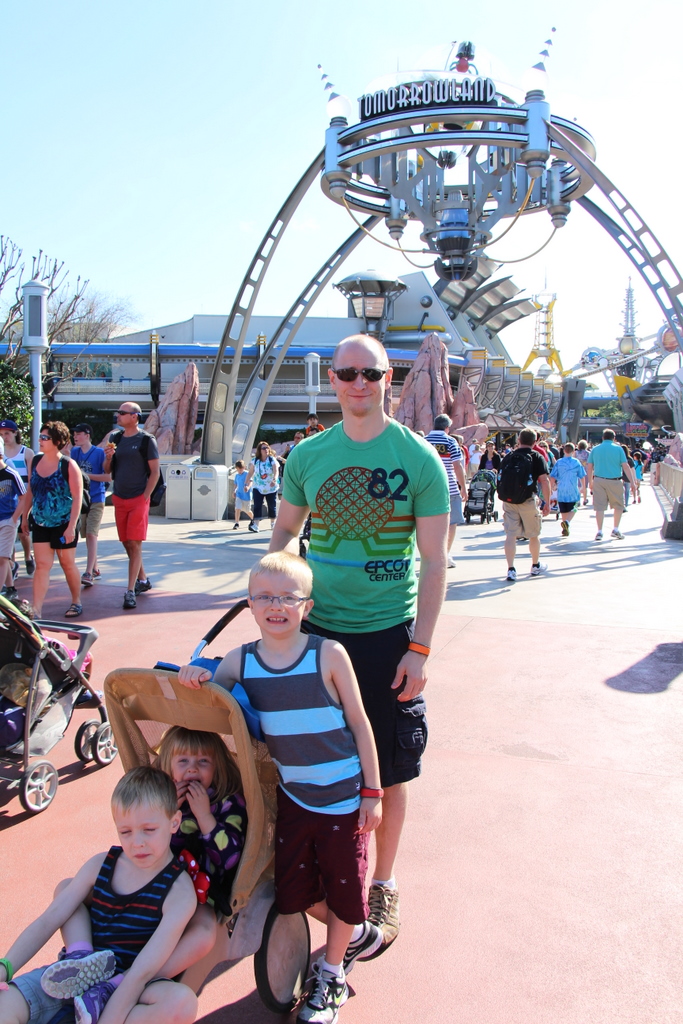 We did the classic Carrousel of Progress and while we were in it the ride got stuck and we stayed in one area twice. If you have ever been on the ride you know what I am talking about. If you haven’t, it wasn’t a big deal.  We just got to watch a scene play out in front of us 2.5 times while waiting for our theatre seats to spin. Again, Elise loved the dog. I am pretty sure it was the same animatronic dog as from the Pirates of Caribbean ride.

We also did the Buzz Lightyear ride which Tim and the boys loved. They got to shoot laser guns at Zurg in black light lit neon rooms. Pretty sure it was a favorite of the boys.

We carbed up the kids before heading to the other side of the park for my most anticipated part of the day. The Little Mermaid ride. 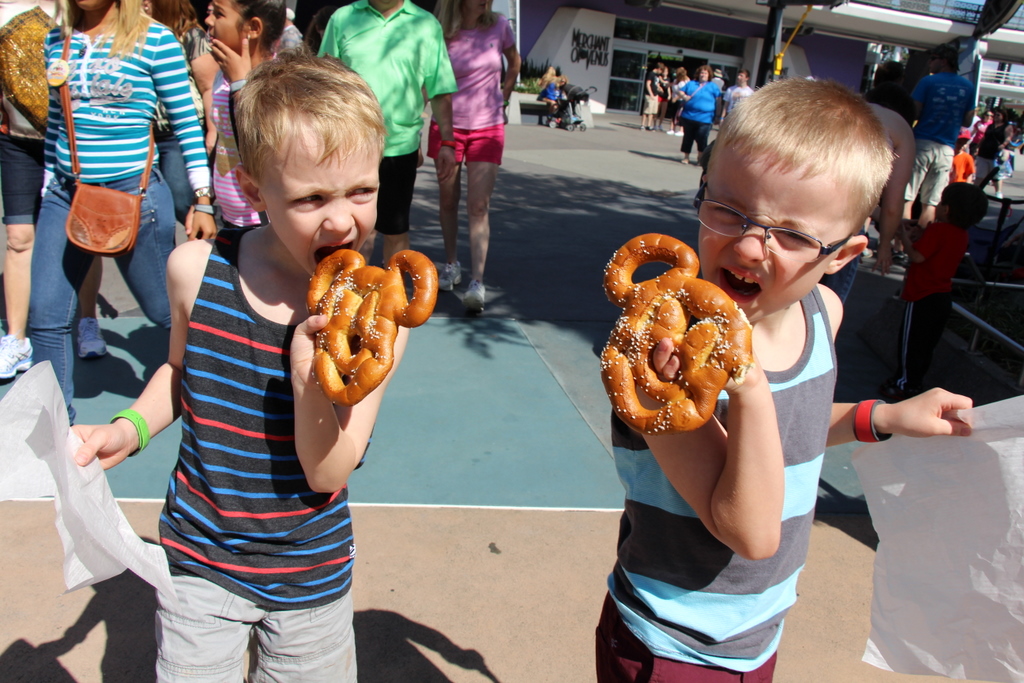 We rode the carousel and I took my favorite photo of Elise of the entire trip.

Here is another of Elise. 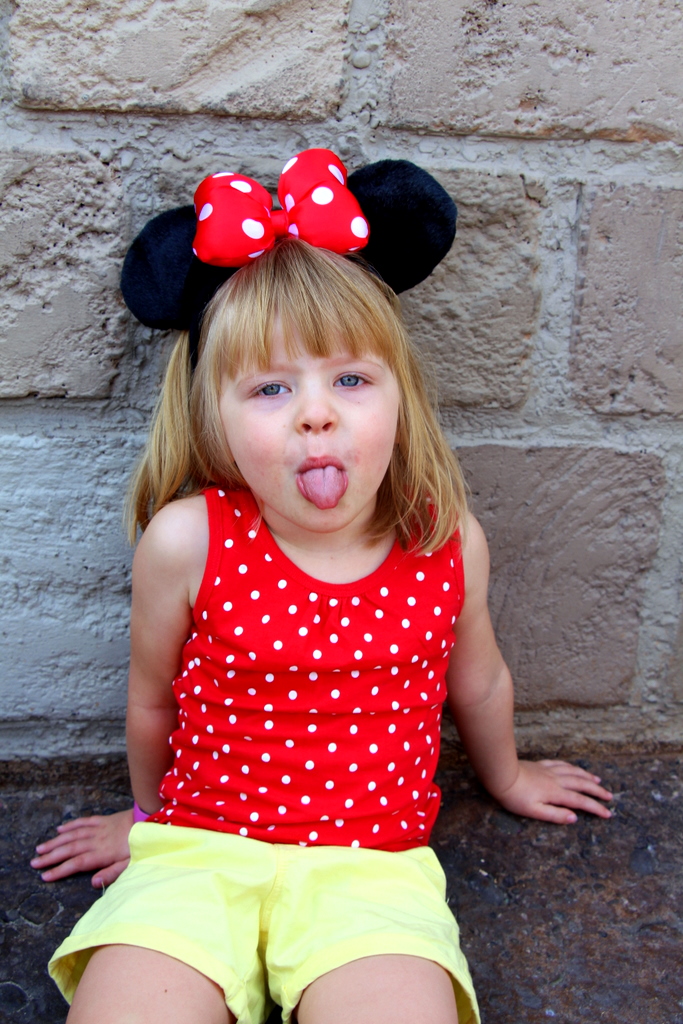 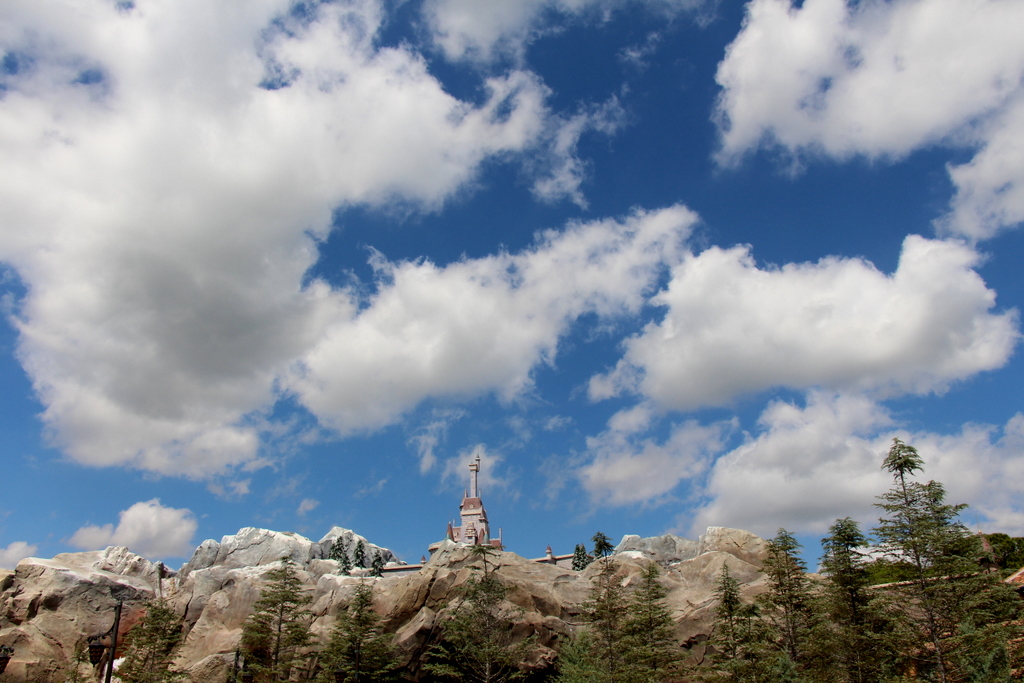 We didn’t have lunch reservations. You can get reservations to eat at the Beast and Belle’s castle but we opted to save our sit down nice meal as a date night for Tim and I. Instead we ate mac n cheese and apple slices on the ground next to a garbage can. It was the best mac n cheese I have ever ate. 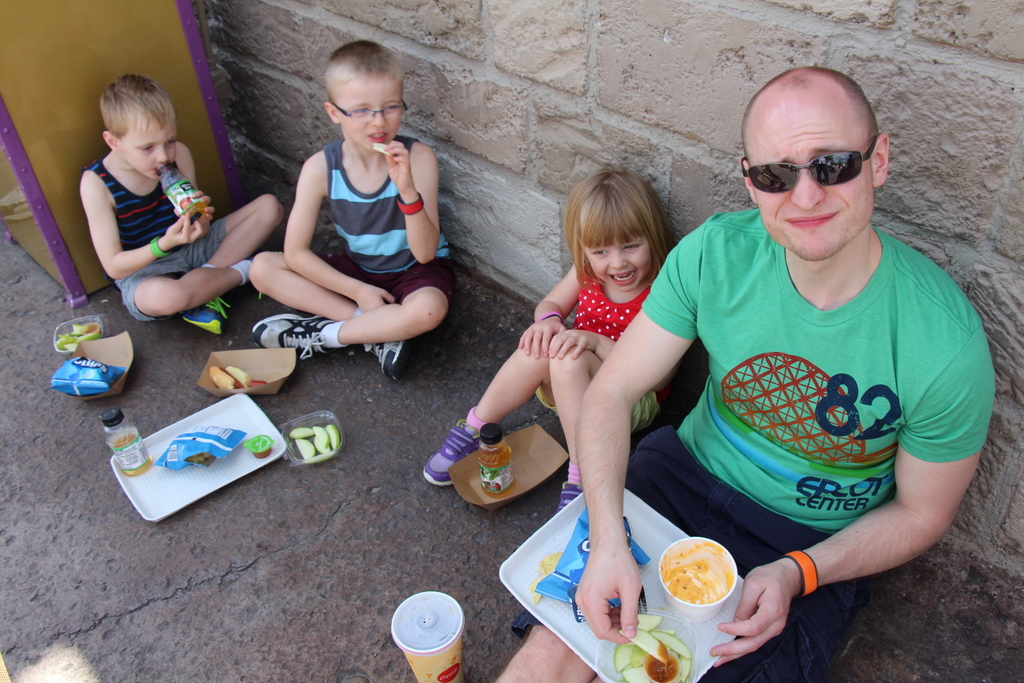 We stopped at the Gaston fountain and I just have to say, Patrick I love you. 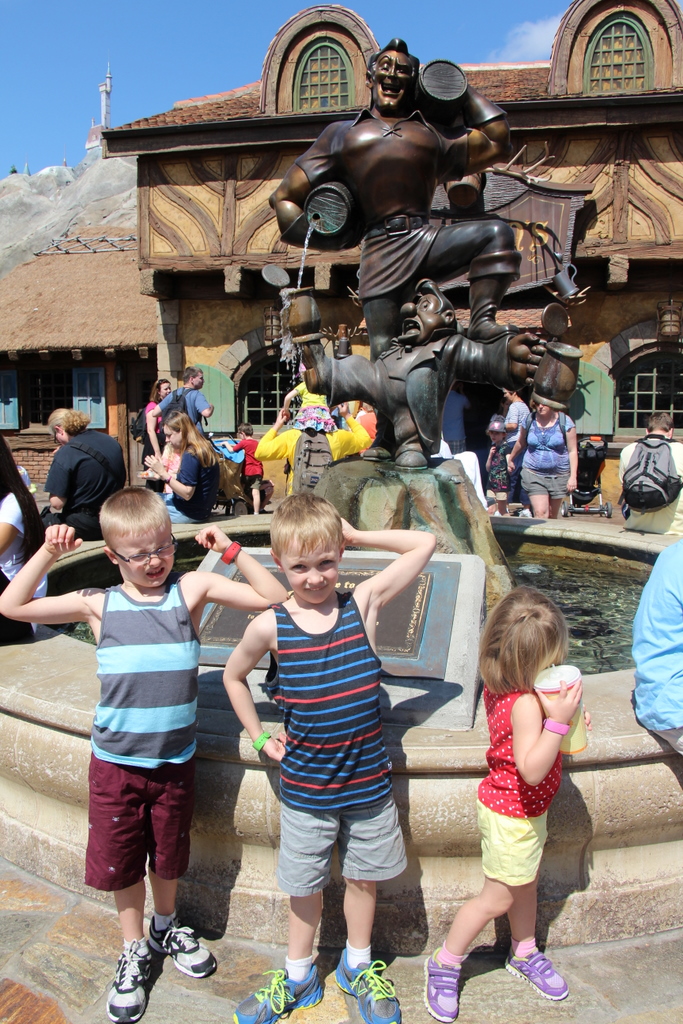 Then we went on the Little Mermaid ride. I spent the better parts of my summer as a kid leaping out of the water singing and pretending to be Ariel. I was so excited to go on this ride. 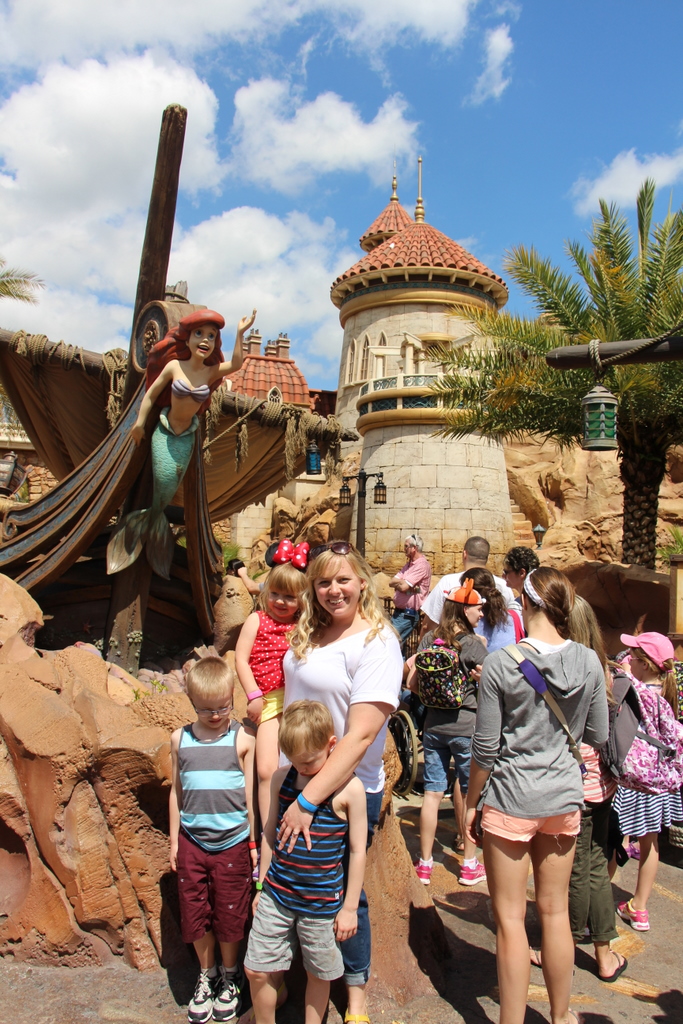 After that ride we took a few more photos before heading back to the resort for some much-needed swimming and non-park time. 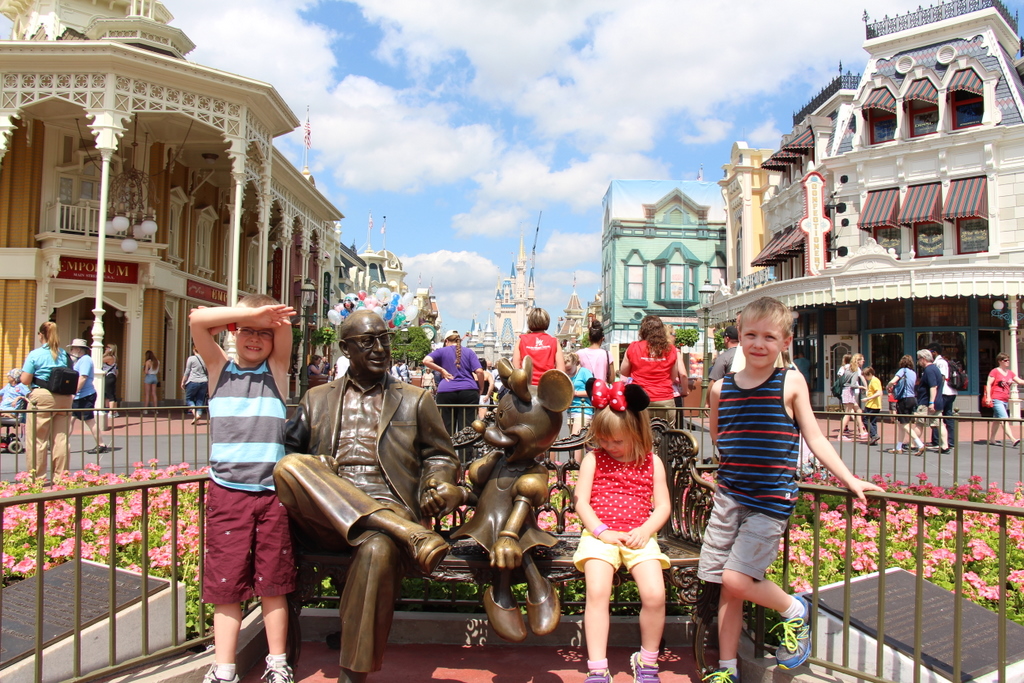 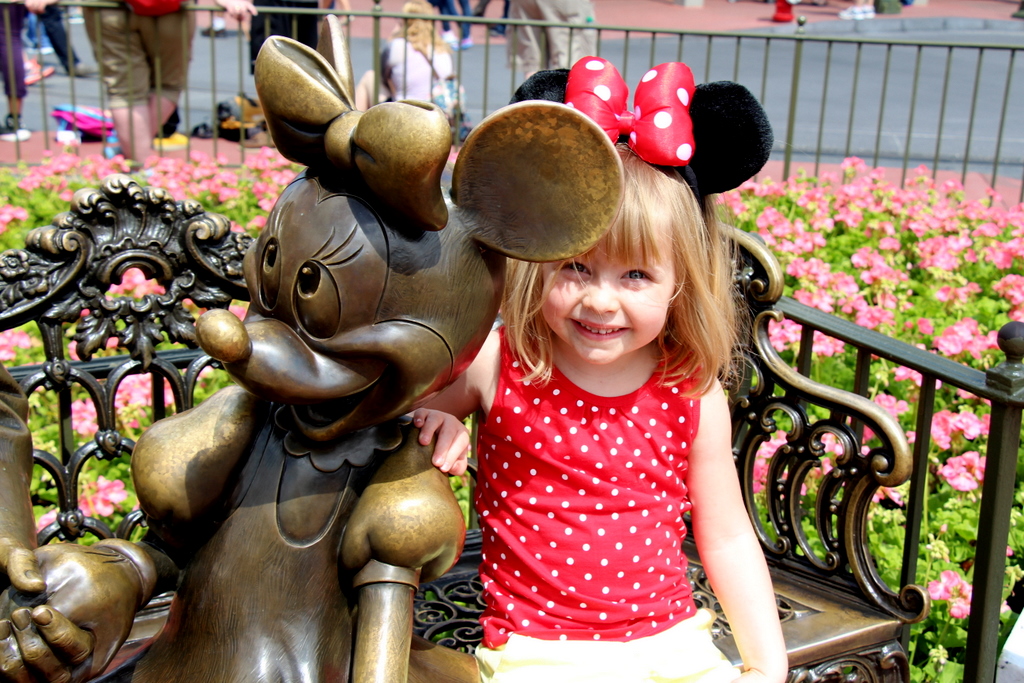 Before swimming and waiting to get sun screened. 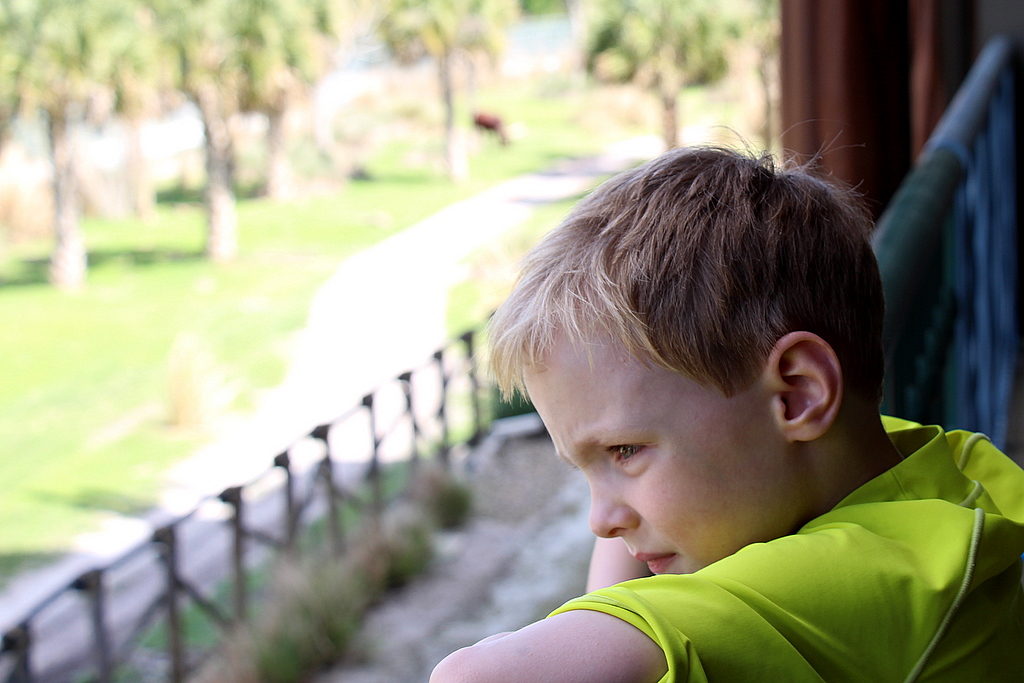 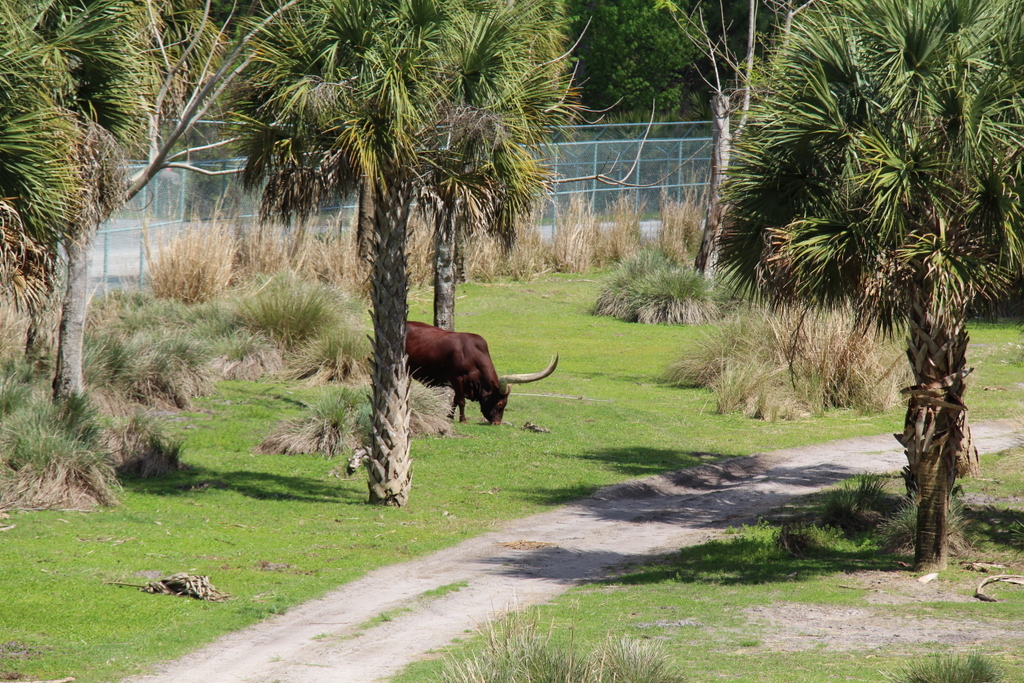 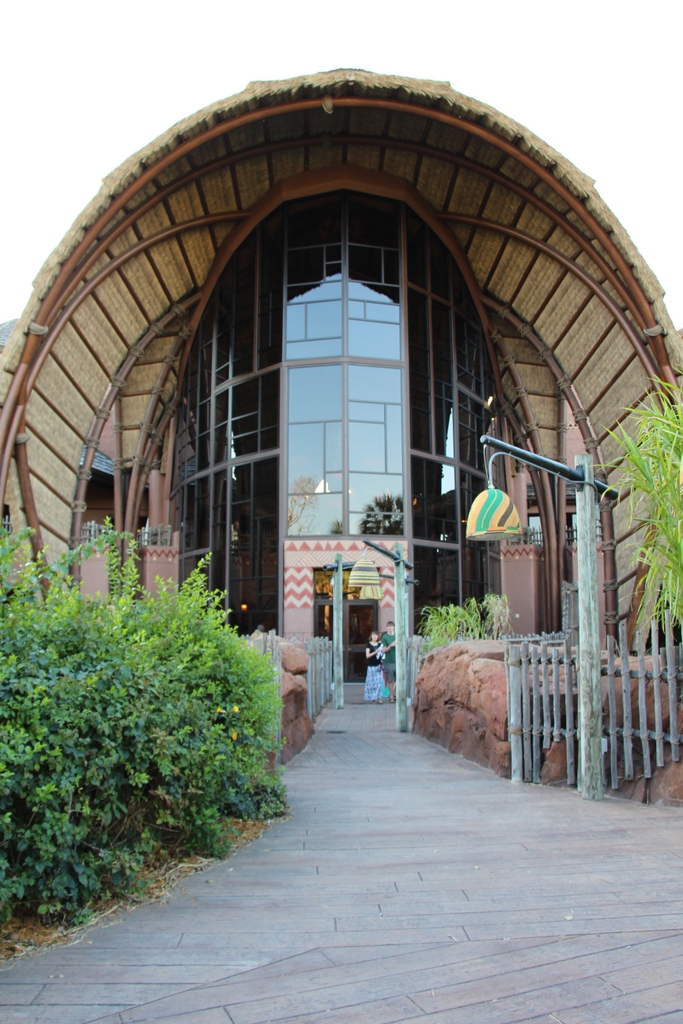 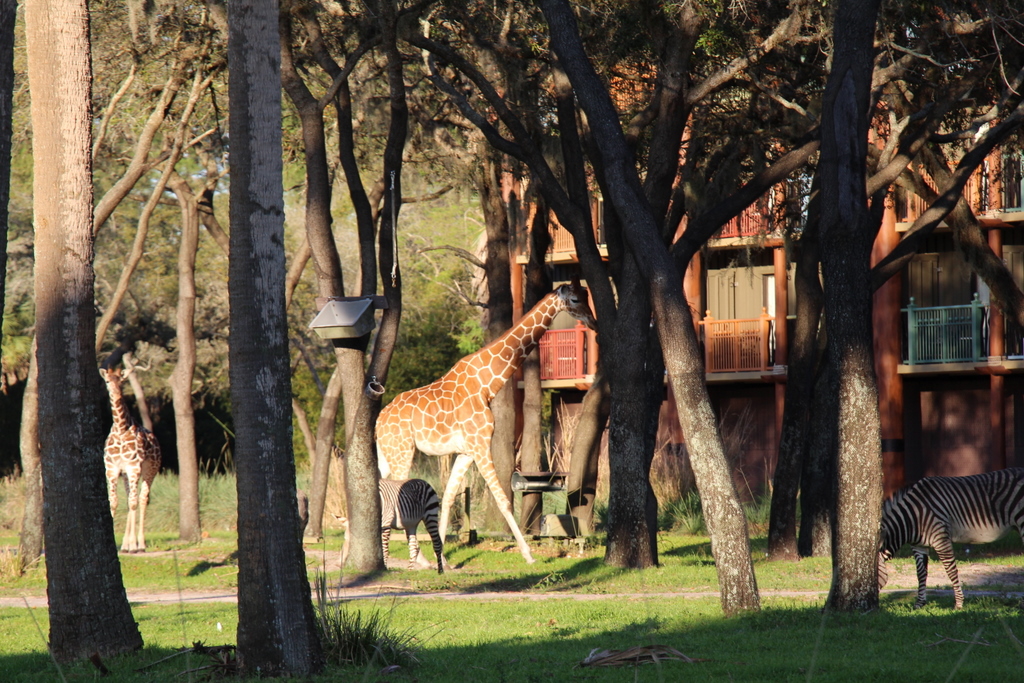