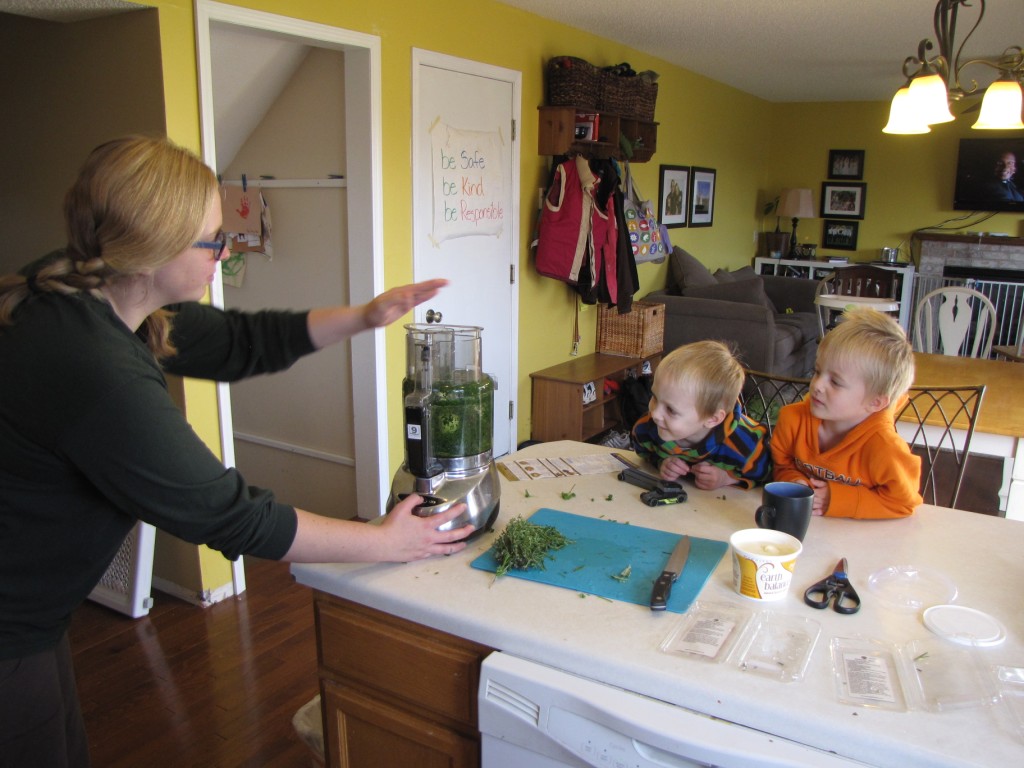 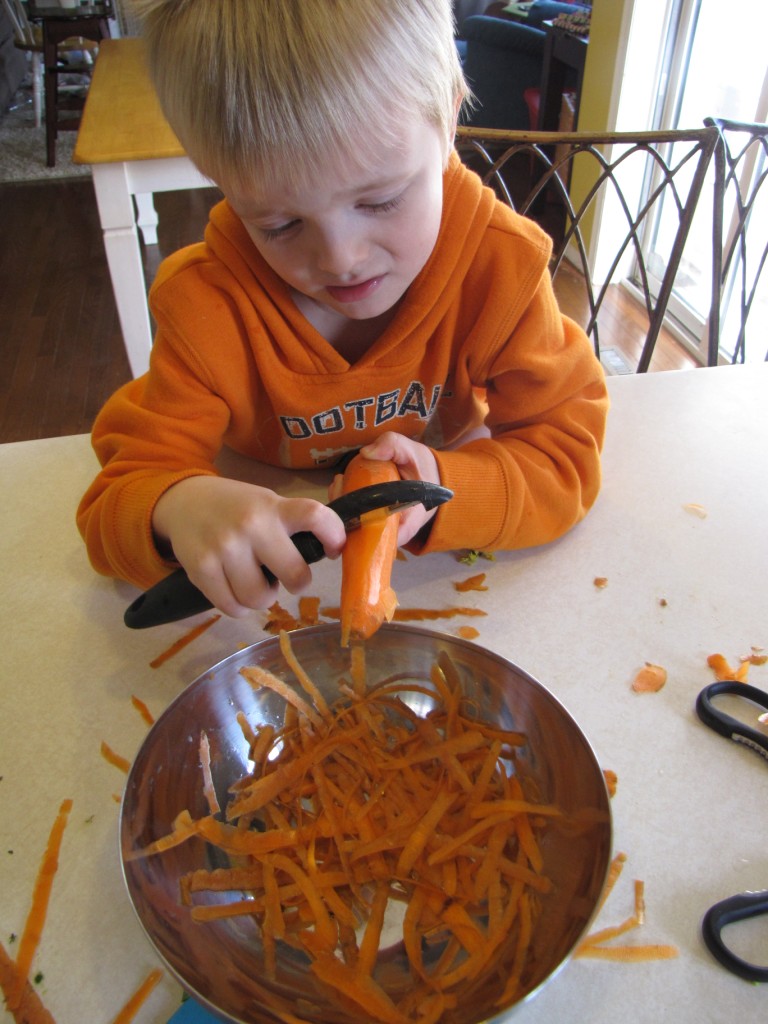 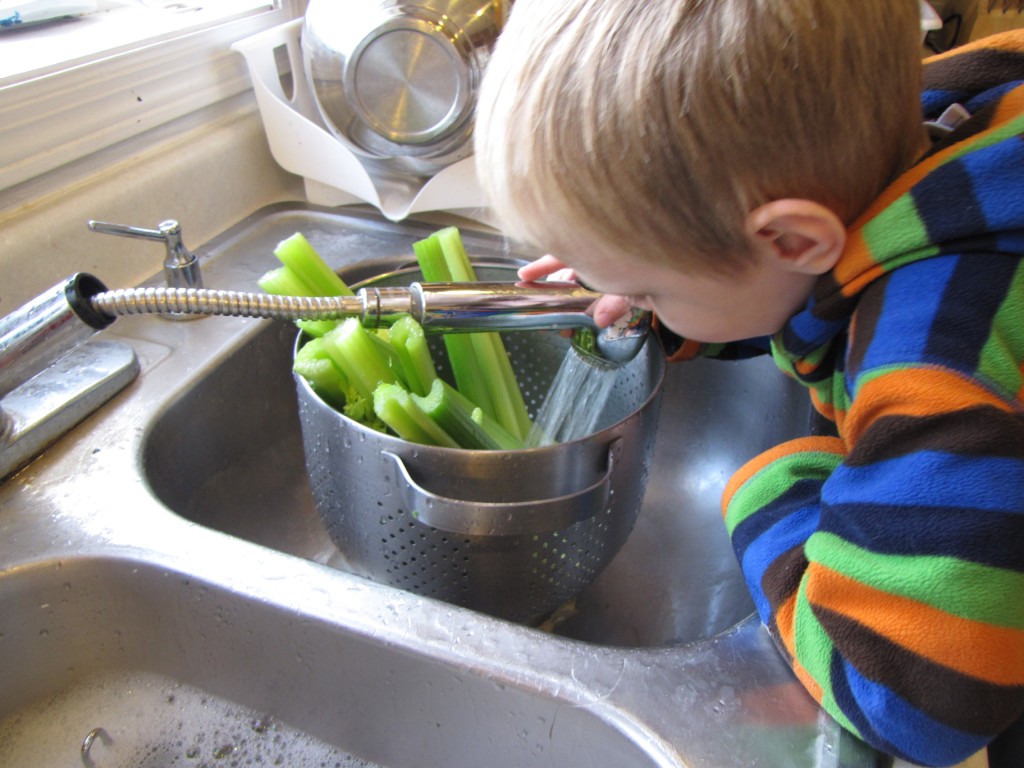 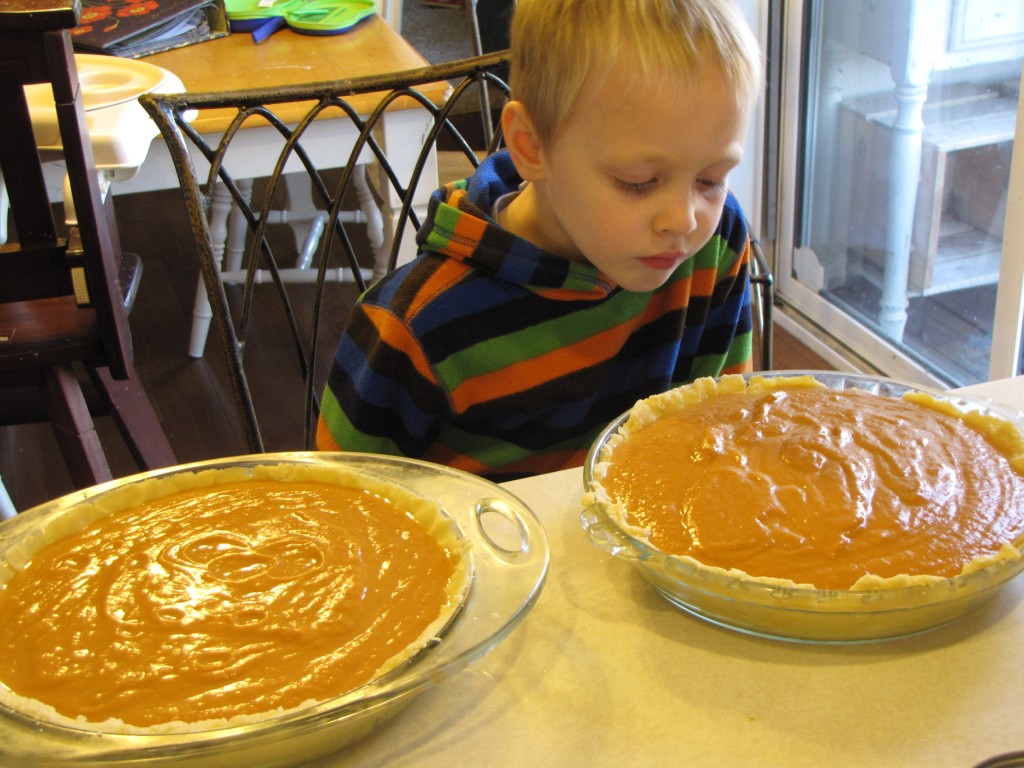 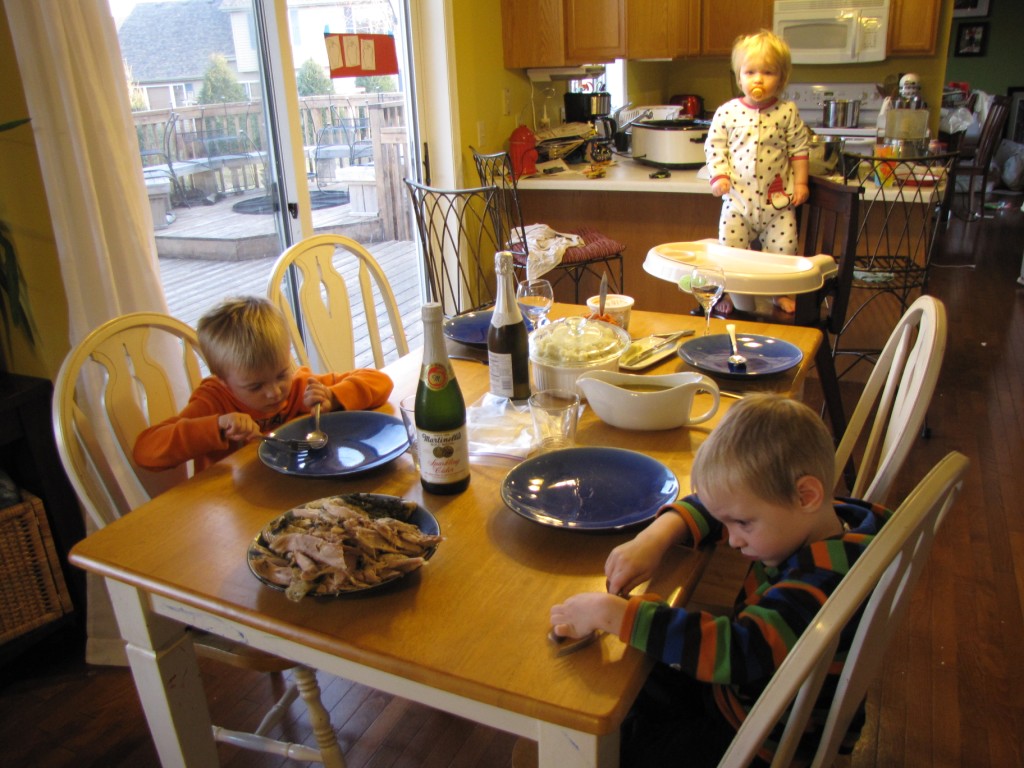 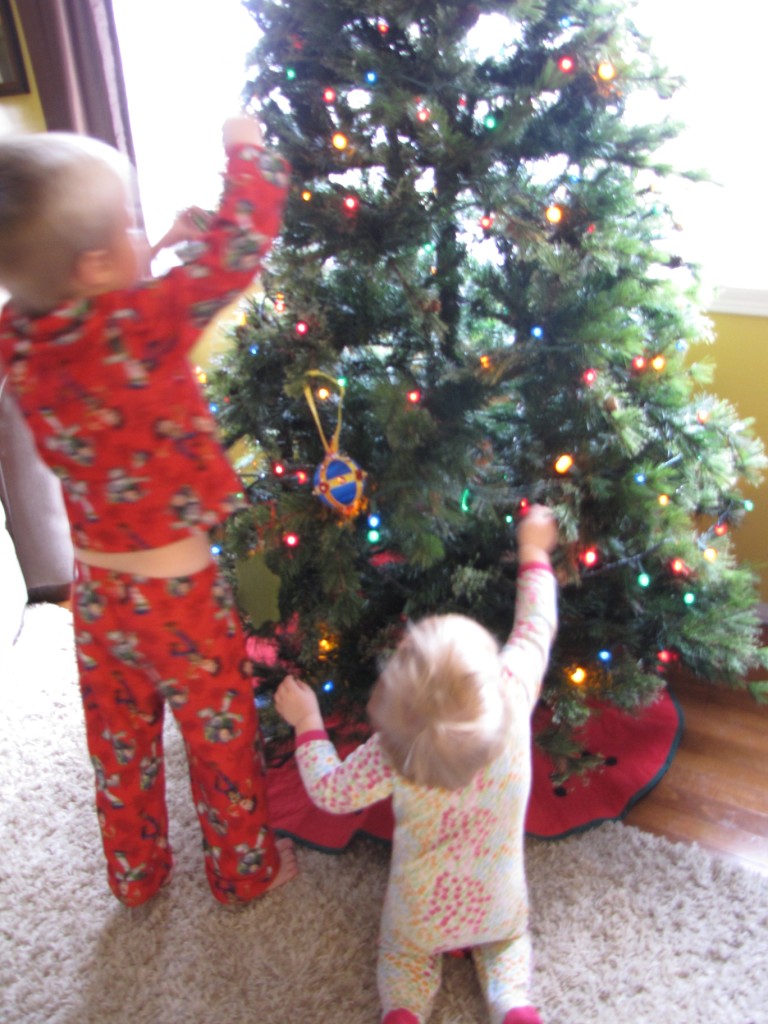 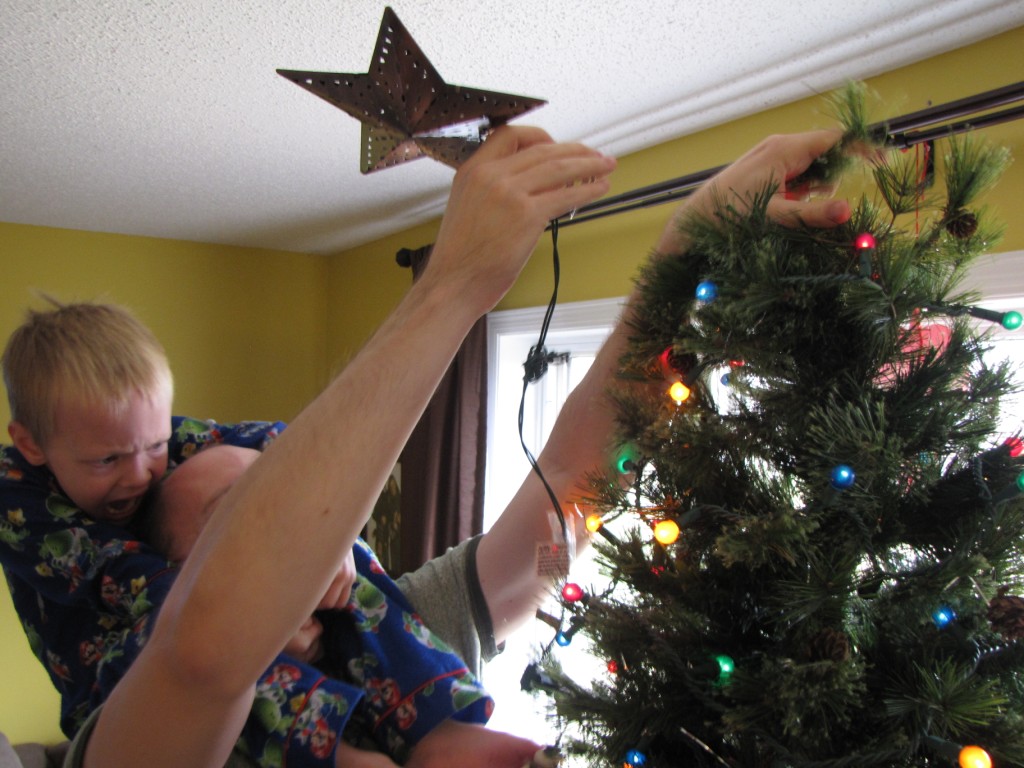 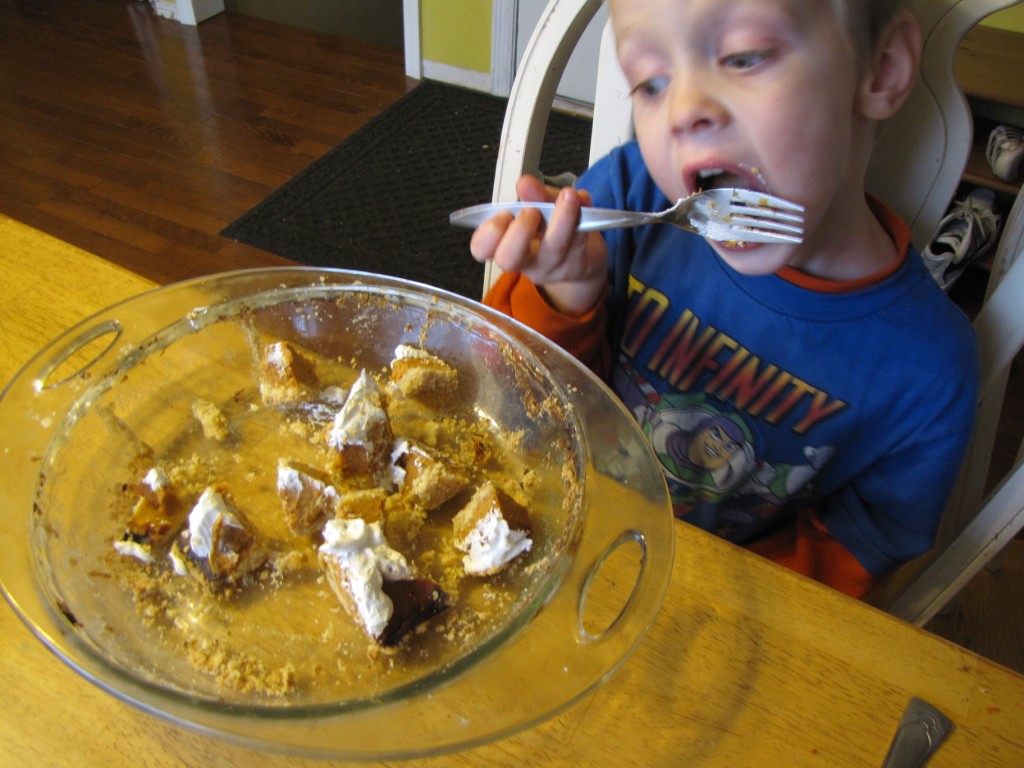 END_OF_DOCUMENT_TOKEN_TO_BE_REPLACED

I am thankful for my family, for our health.

I am thankful for my friends.

I am thankful that tomorrow morning I have a turkey to cook and a TV to watch the parade on.

I am thankful, so very thankful for it all.

Happy Thankgiving!Ã‚Â  I have one thing to be thankful for… that we’ve finially stopped eating!Ã‚Â  Meg made enough food to feed a small army, or my family twice.Ã‚Â  We have so many leftovers.

I’m trying to get these pictures posted as quickly as possible for all of the family members who couldn’t be here.Ã‚Â  Also, for those who aren’t here, I think Meg is shipping you leftovers.

The boys have been loving all of the attention they’re getting, I’m sure they’re going to be bored with plain old mom and dad when everyone leaves.Ã‚Â  Michael has been showing uncle steve all of his tractors, Patrick has been playing with Grandpa’s beard and toes, while Michael drives cars all over him.Ã‚Â  That and lots of screaming and running.Ã‚Â  You can see it all in the pictures below:

See the rest of the pictures here.

Posting was on my To Do List so here I go.

Tim is crazy busy preparing for another Roll Out.

I am busy checking off our To Do lists.

We are getting ready for hosting Thanksgiving for the Shannons

We have a ridiculous number of lists and they are even more ridiculously long.

Slowly we are getting there.

PJ is taking more steps. He was a little nervous to see Steve. (Steve came up on Saturday)

Michael loves Steve. He asks for “Uncle Steve?” everytime he leaves a room.