Here is the plan. There are so many photos. I am just going to post them and let them speak for themselves. As always, I will be uploading all the photos to the gallery as they are ready and post my favorite photos here on the blog.

I had the camera with all vacation. We spent a week at Nama and Papa’s house (my parents) and a week at Grandma and Grandpa’s (Tim’s parents) house.

Today’s photo is from Papa and Nama’s house. Out of all the kids I think Patrick loved the horses most. He was so surprisingly great with them. The kids had never been that close to a horse before and they loved the horses.

I dumped photos from my memory card onto Tim’s laptop while we were on our ND vacation. Just last night he moved them all over to my computer.

Today, tonight, and this weekend the filtering out, editing and posting of pictures begins.

I had to share this one photo with you first, though.

This is Elise one week into vacation. It was the day we left my parents cabin and were heading to Grand Forks to stay with the other Grandparents. She was on Benadryl, strong antibiotics and steroids because she came down with a bad case of what the doctors thought, but could not confirm, of Scarlatina rash and fever. Even with all those drugs, a bad itchy rash and a week of very little sleep, she was still powering through. She had fun at Nama and Papas and when I said pack your backpack with what you want to play with on the ride to Grandma and Grandpas, she did just that.

She wins the Super Trooper award. 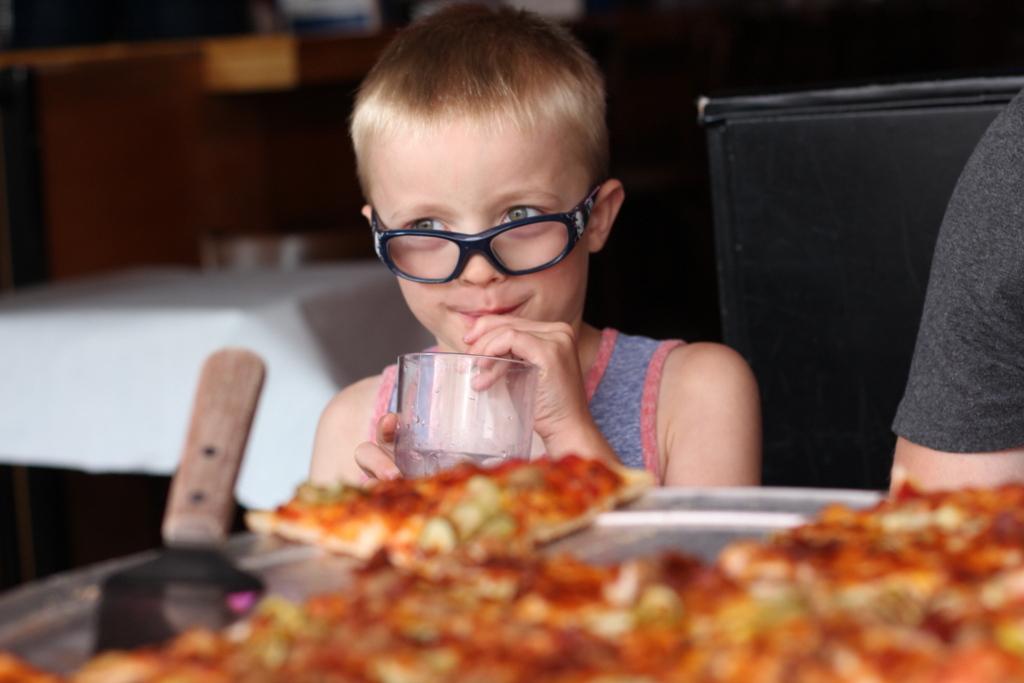 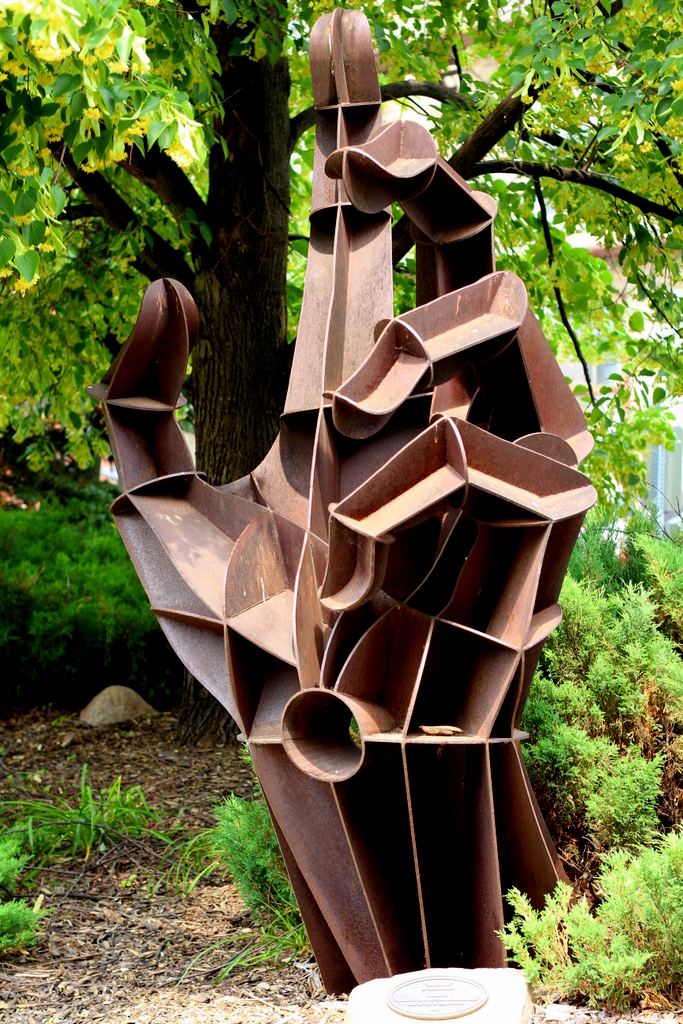 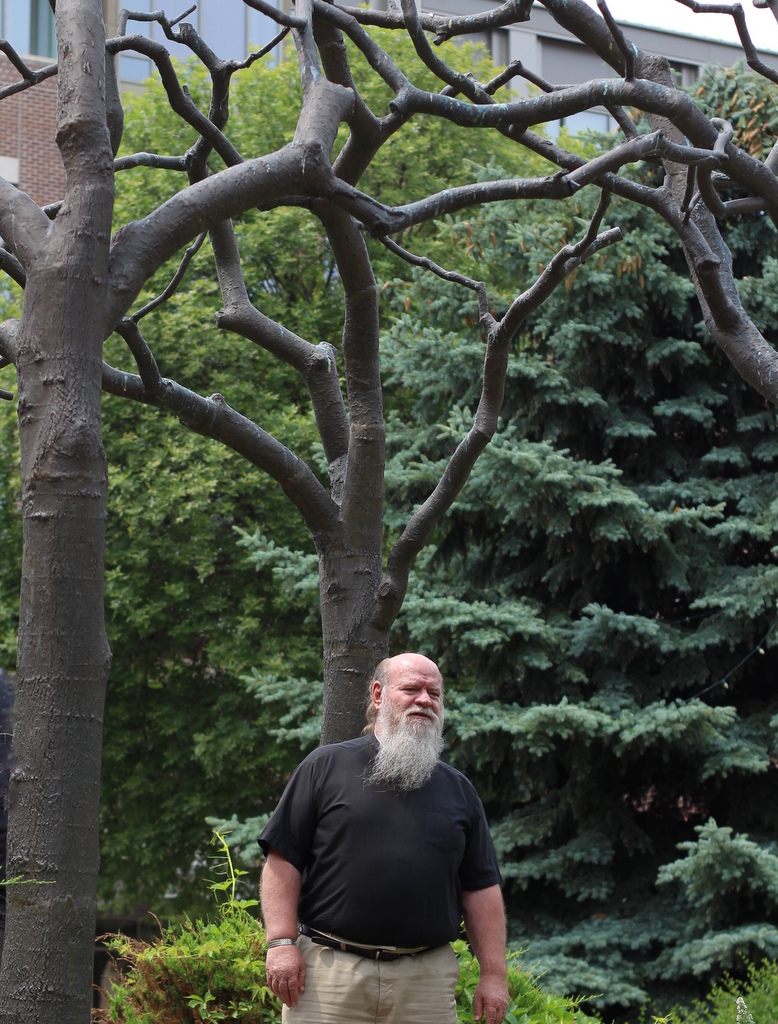 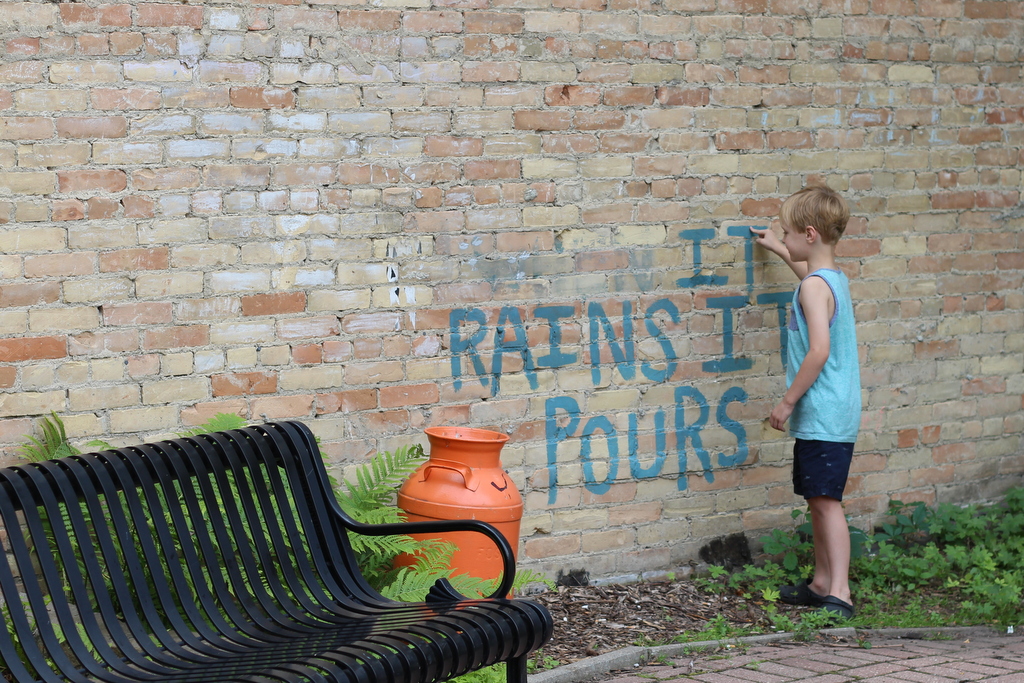 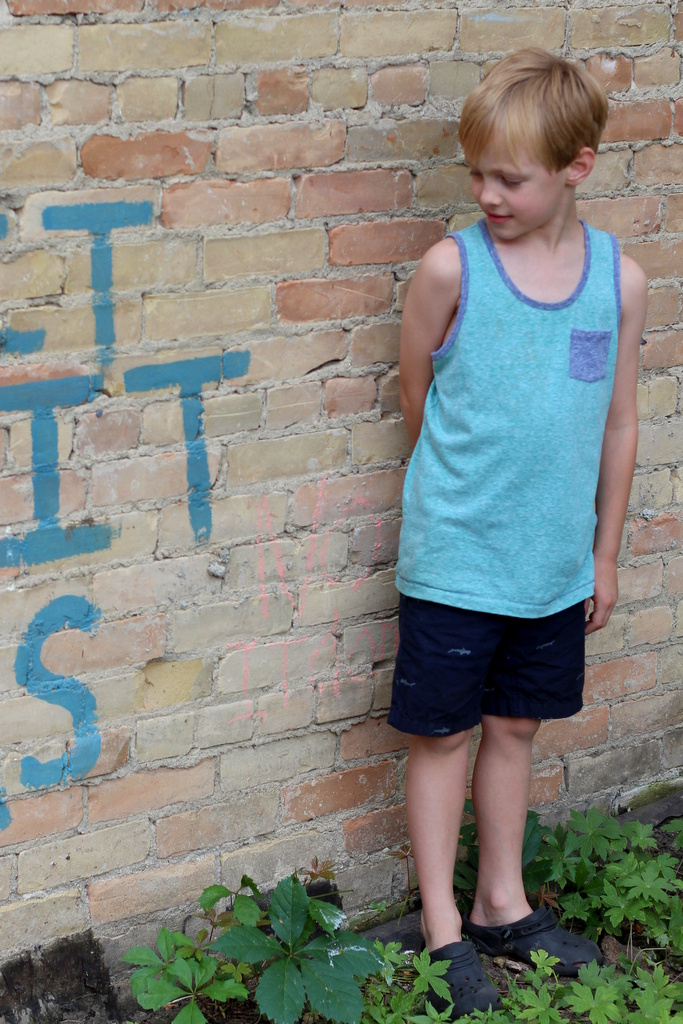 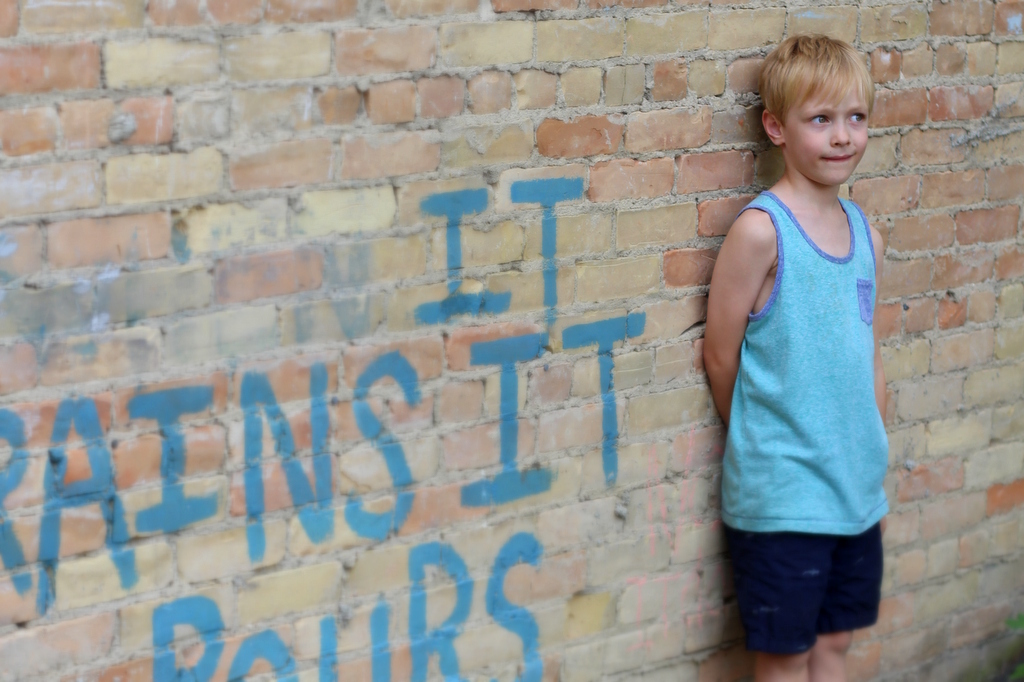 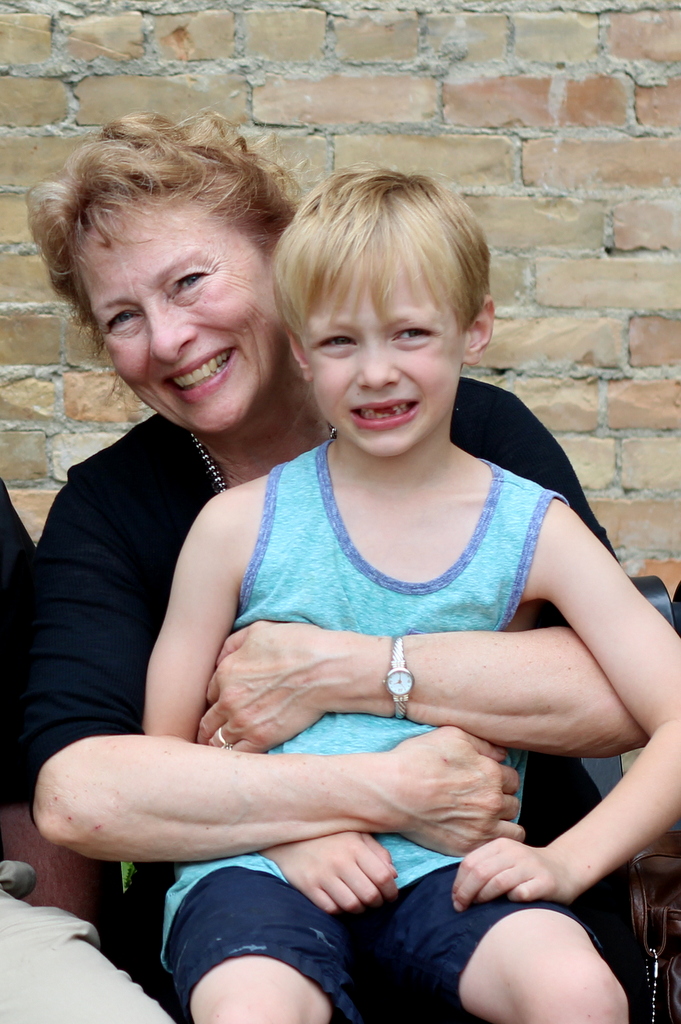 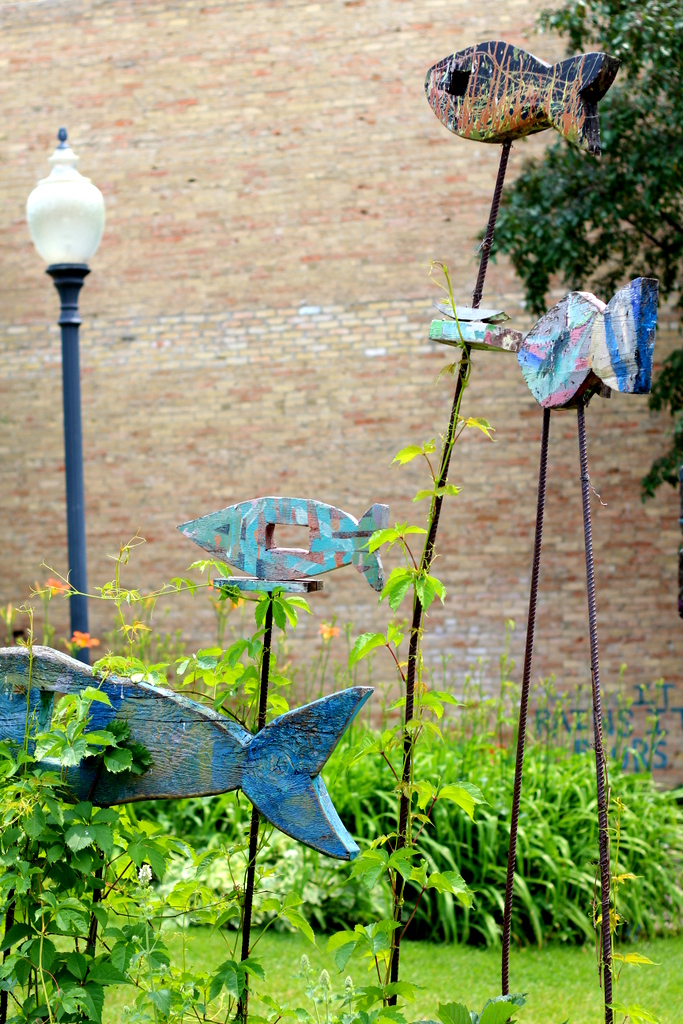 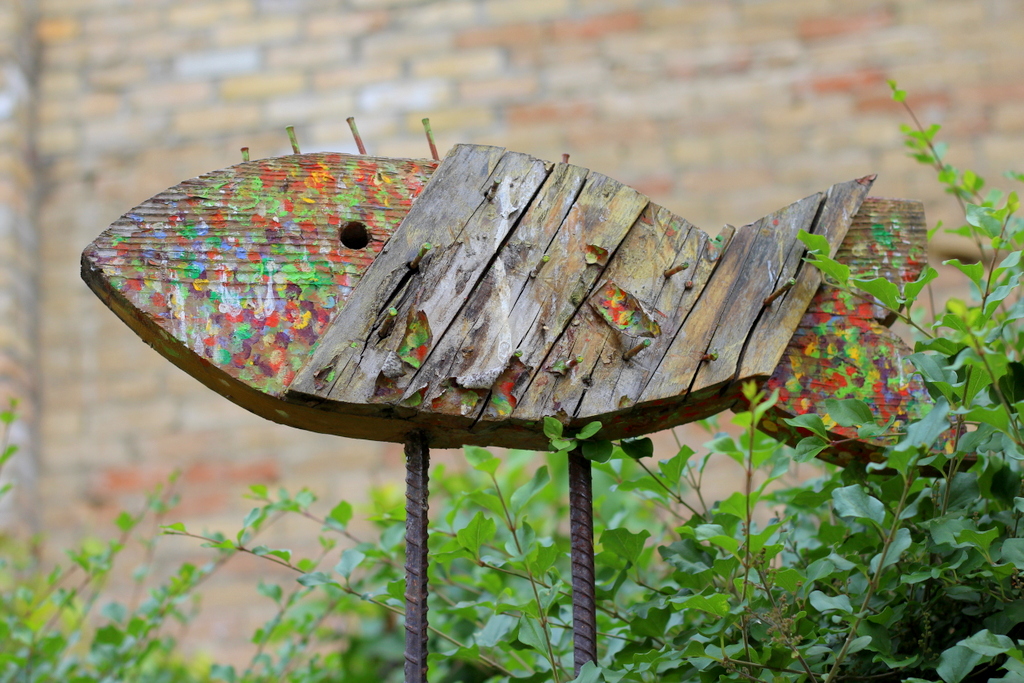 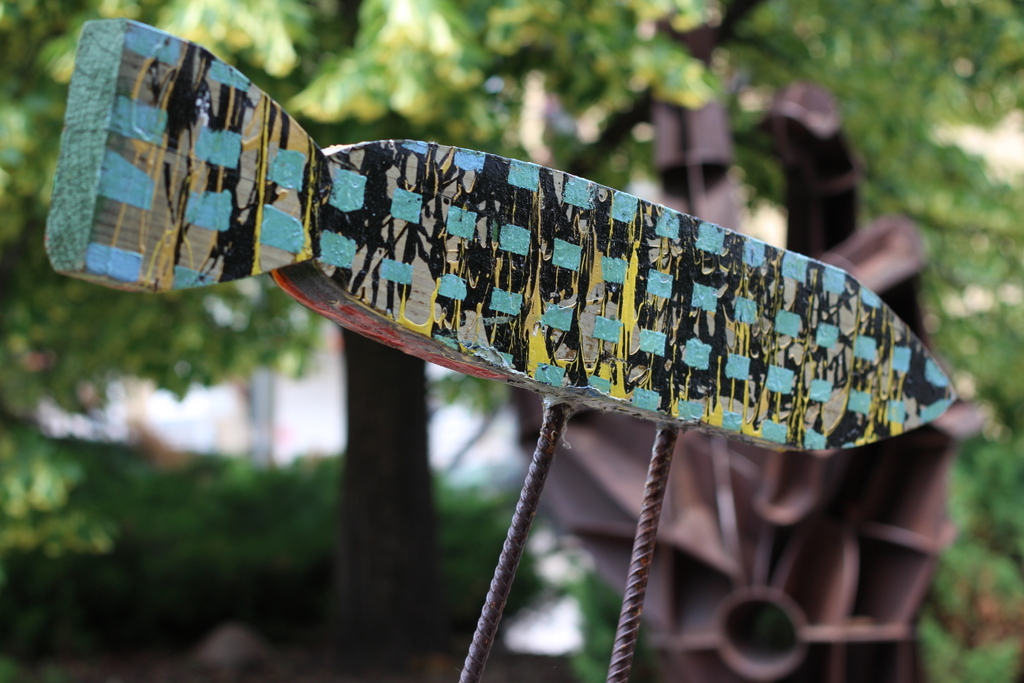 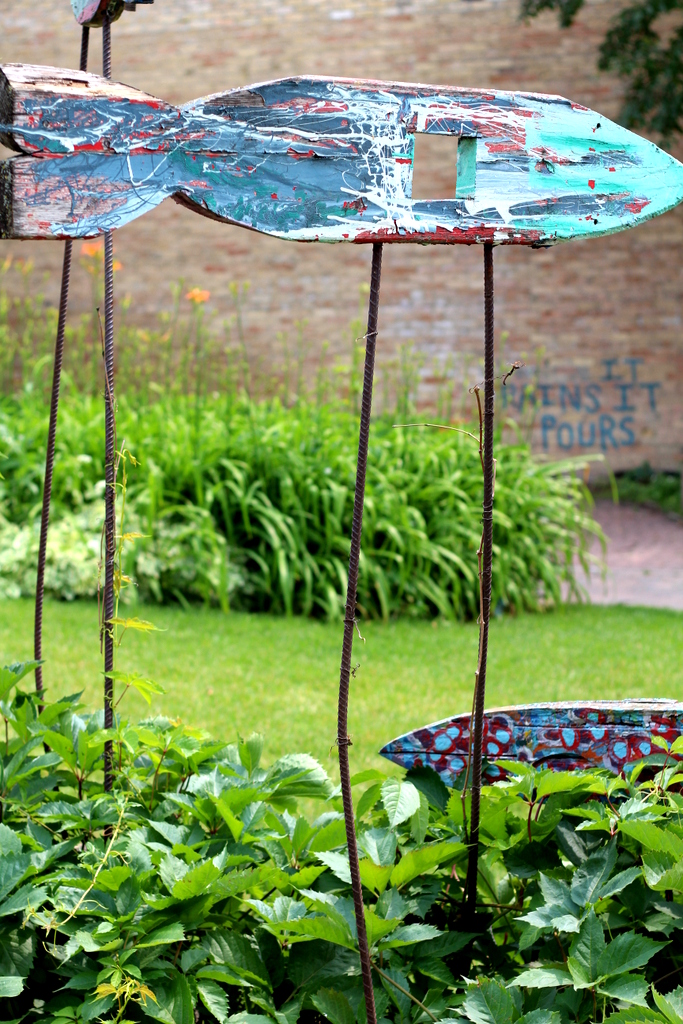 After our Disney trip this spring, I thought that a summer vacation in North Dakota visiting both sets of Grandparents would seem a little lack luster, for lack of a better word.

I couldn’t have been more wrong.

The rest of this week I am going to share photos and stories from our #NDsummervacay. The posts and photos will not be in chronological order. They will not be in any particular order other than, as I get photos edited I will post them and share the story behind them.

This morning I want to tell you about our park tours of Grand Forks and if you follow me on Instagram, you already know which park was our favorite.

We stayed with Tim’s parents for a week. They had to work during that week so every morning Tim and I loaded up the kids, Googled “park” and started driving. We don’t know Grand Forks well. We have been there many times over the years but mostly we stick to the street where Grandma and Grandpa Shannon live, the main street where the chain restaurants and big name shops are and of course Grandpa Shannon’s church which just happens to be at the end of the street where they live. So yeah, we don’t have the best grasp on where things are in Grand Forks and what Grand Forks has to offer.

We first visited Ben Franklin Park and it was pretty much like most elementary school parks except there was a large green space around it so while Tim and the kids played I was able to walk Lucy around without worrying about little kids coming up and asking to pet the dog. I am at a tough place with the dog. She needs to practice interacting with strangers but she is so unpredictable with strangers that I don’t want to expose strangers to her, especially little kiddos, to a dog that may or may not become protective and be aggressive towards them. So I walk perimeters and praise her every time we walk near (20 ft) a stranger and doesn’t react negatively. Ben Franklin park was good for this. The kids had fun too. Patrick loved the solar system play equipment.

We also hit up the playground at Lincoln Park. This was a fun and beautiful park and the kids had a blast on the play equipment. I love parks where the small kid equipment is near the big kid equipment. We even ran into a little girl Elise’s age and when I introduced Elise to the little girl I realized the little girl (who was with her nanny) was the child of friends of ours that used to work with Tim when we lived in Bismarck. I love that about North Dakota. You are never more than a few people away from someone you know. Someone always knows someone who you know or are related to.

Lincoln Park and Ben Franklin Park were the two runner-up parks. The hands down winner of our parks tour was Sherlock Park in East Grand Forks. The kids dubbed it Harry Potter Park because we were reading the last chapters of Sorcerer’s Stone when we discovered the park and the castle shaped playground made them think of Hogsworth. The boys even made friends both times we went to the park that were also excited about Harry Potter so they ran around pretending to be Harry, Ron and Hermonie with another kid playing the unnamable villain chasing them. Tim and I sat sipping our coffee, watching and laughing as the kids played. It was perfect. When my coffee was drained dry I picked up my camera and started snapping.

This is Harry Potter Park. 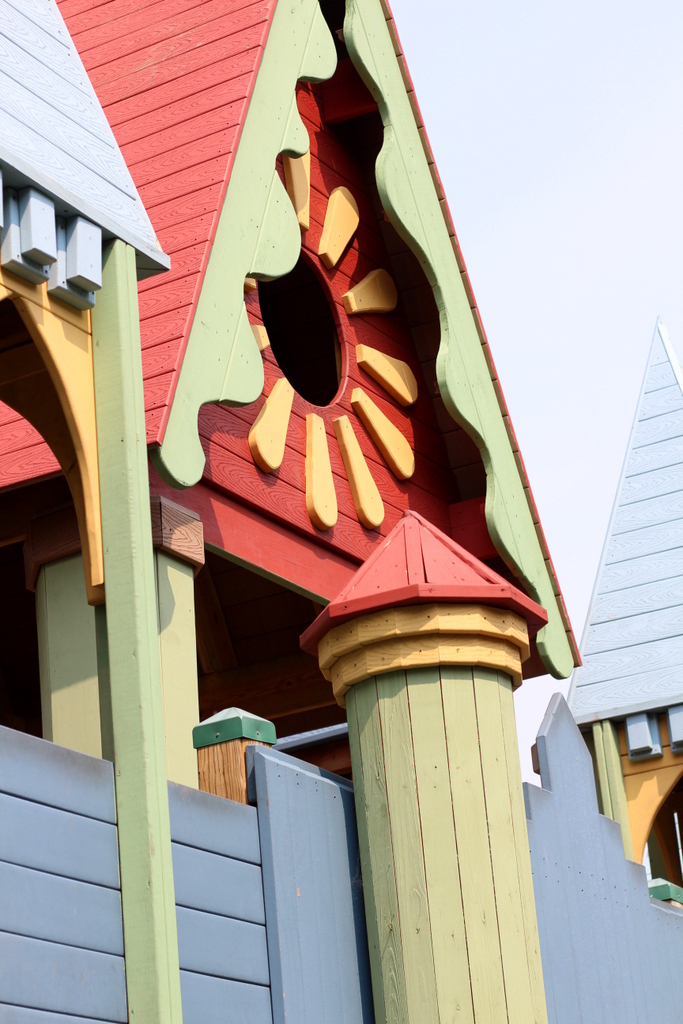 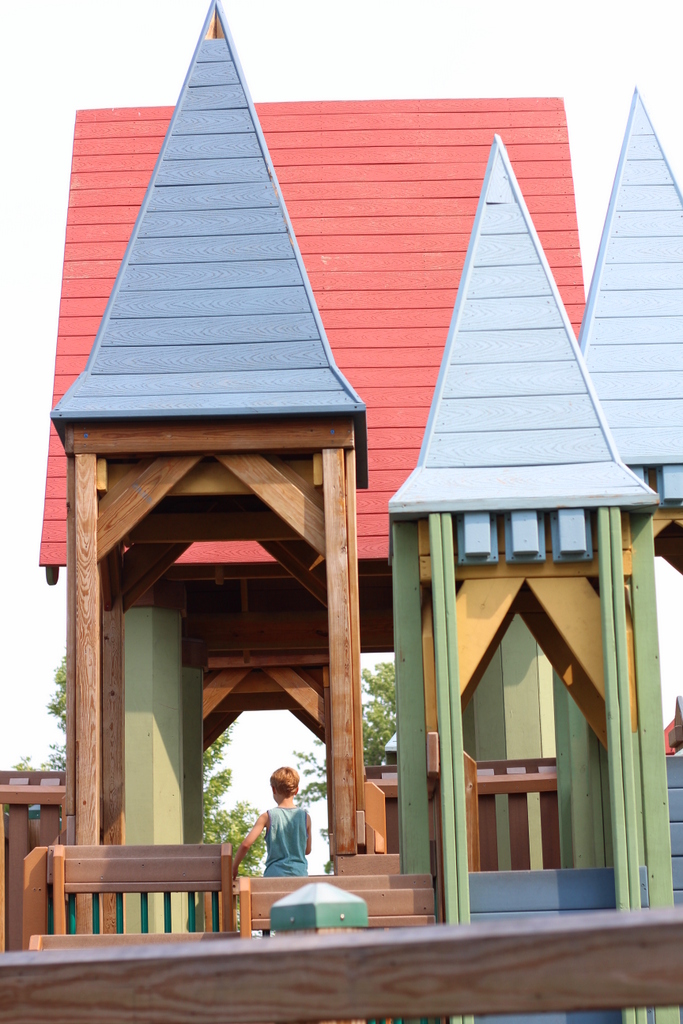 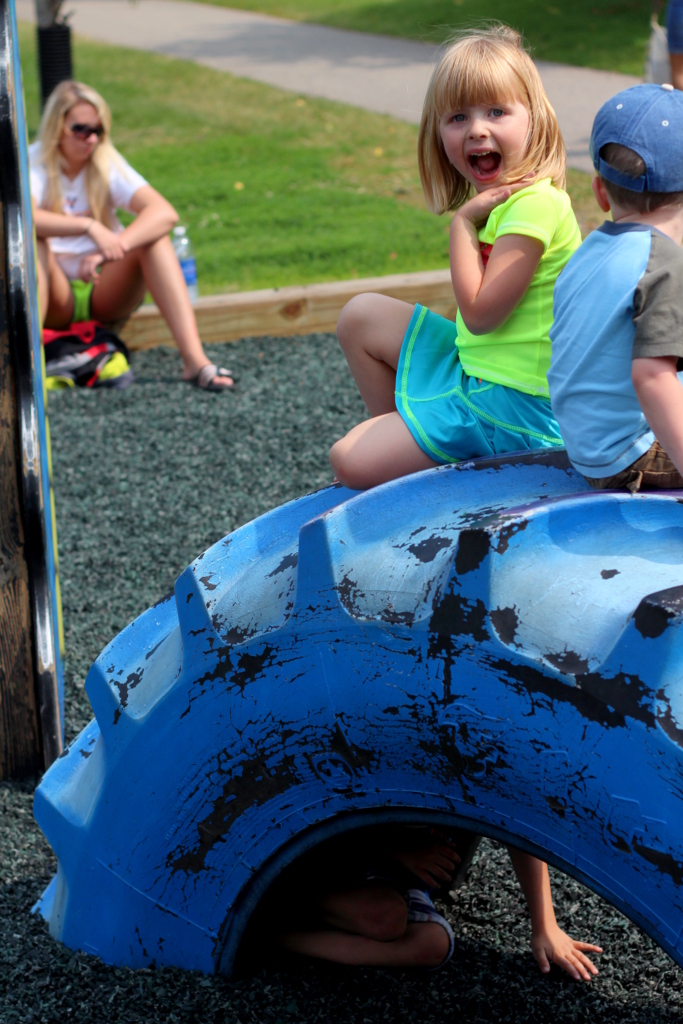 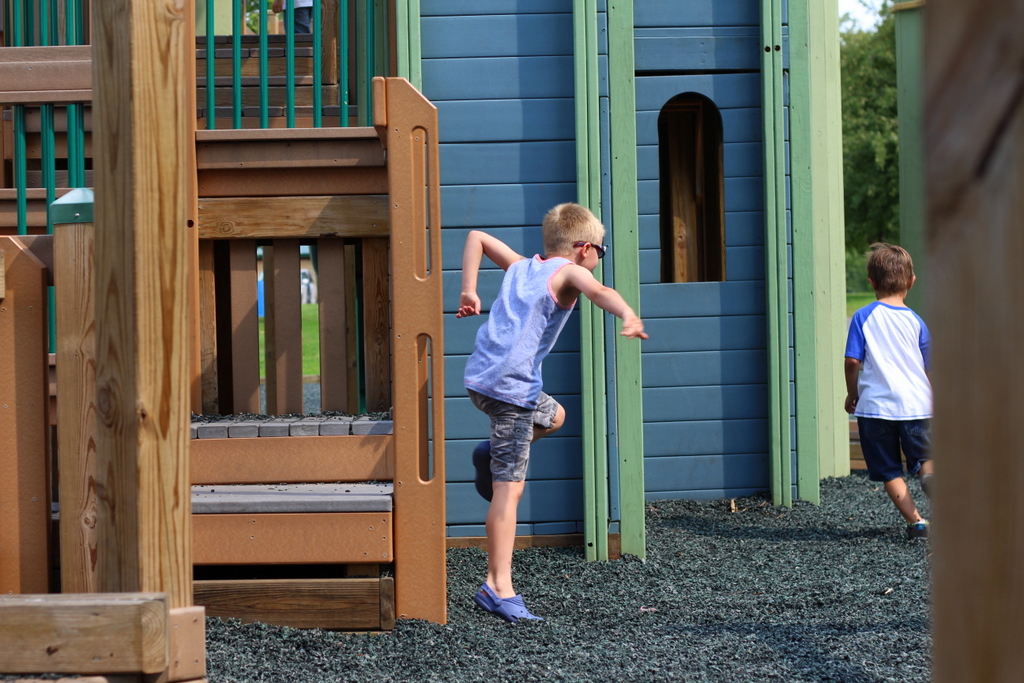 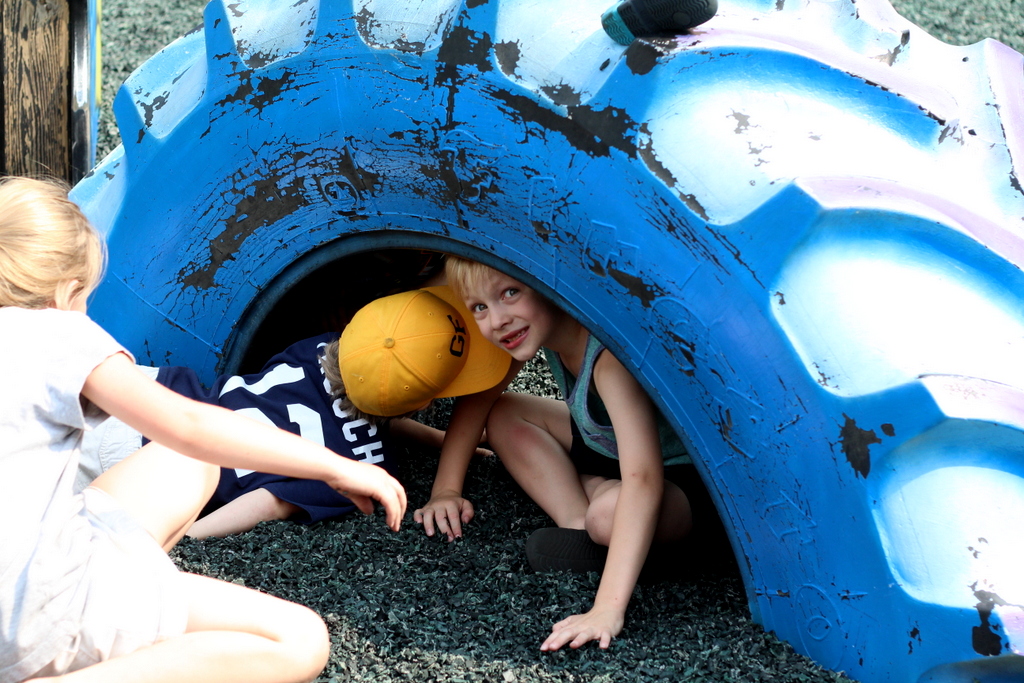 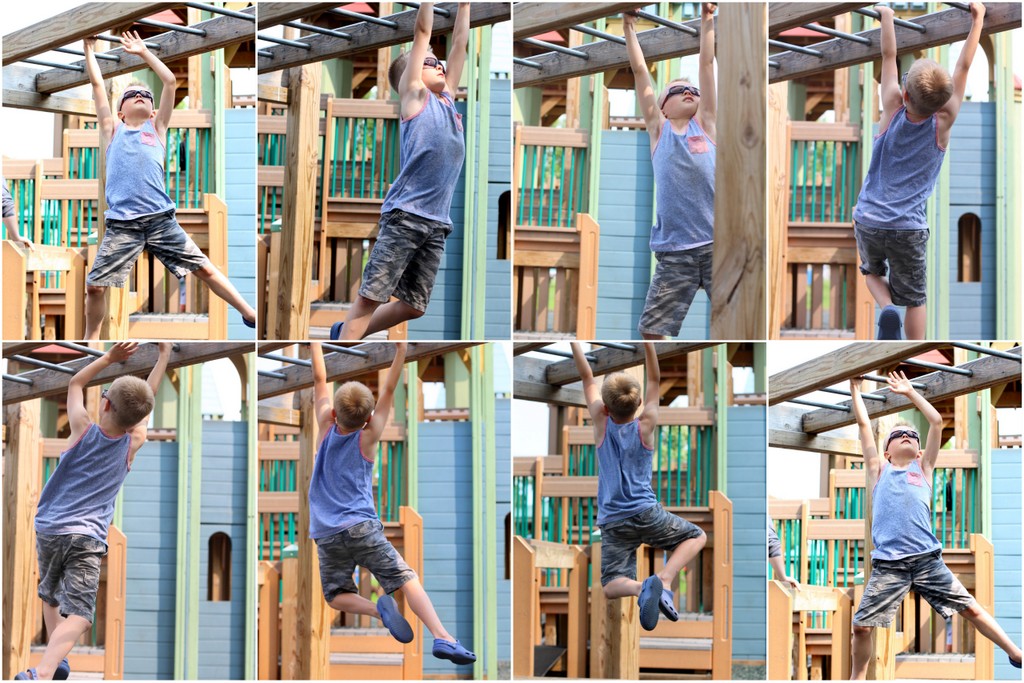