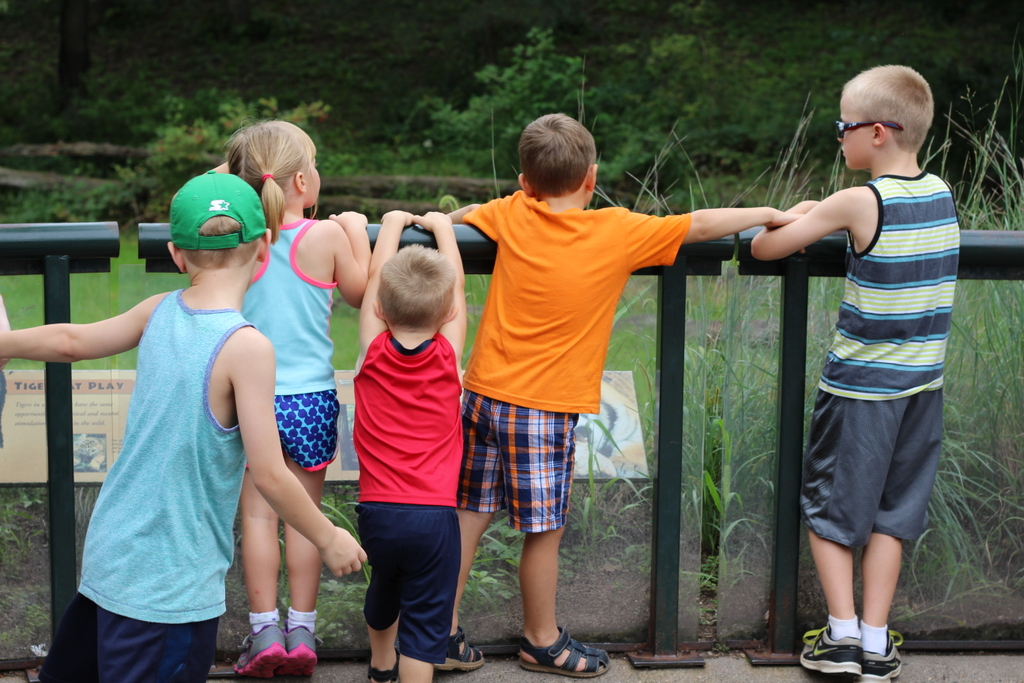 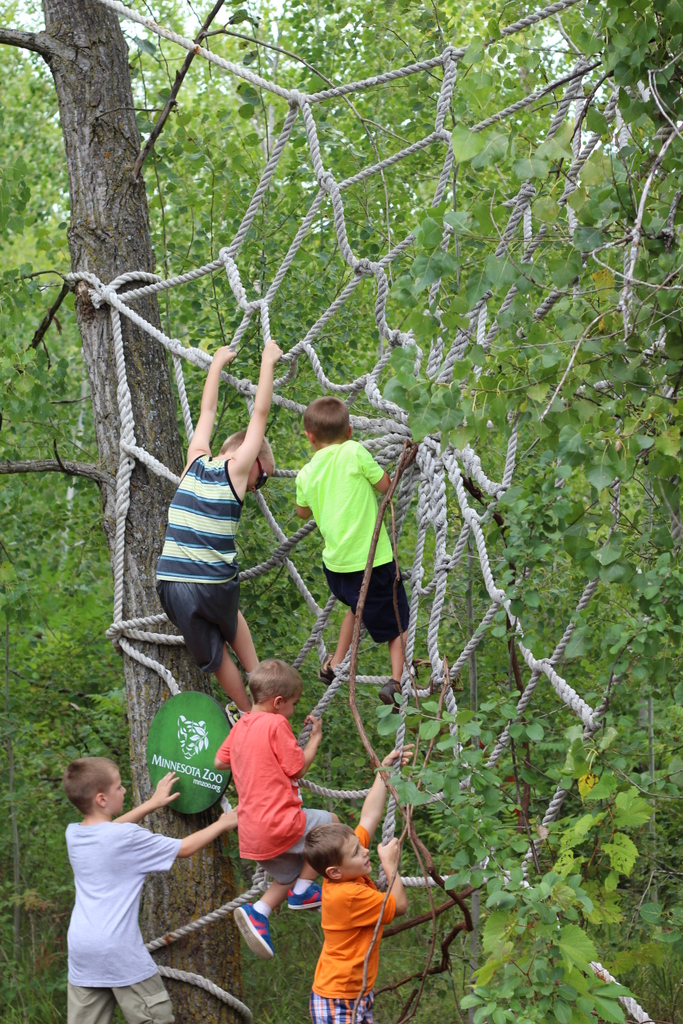 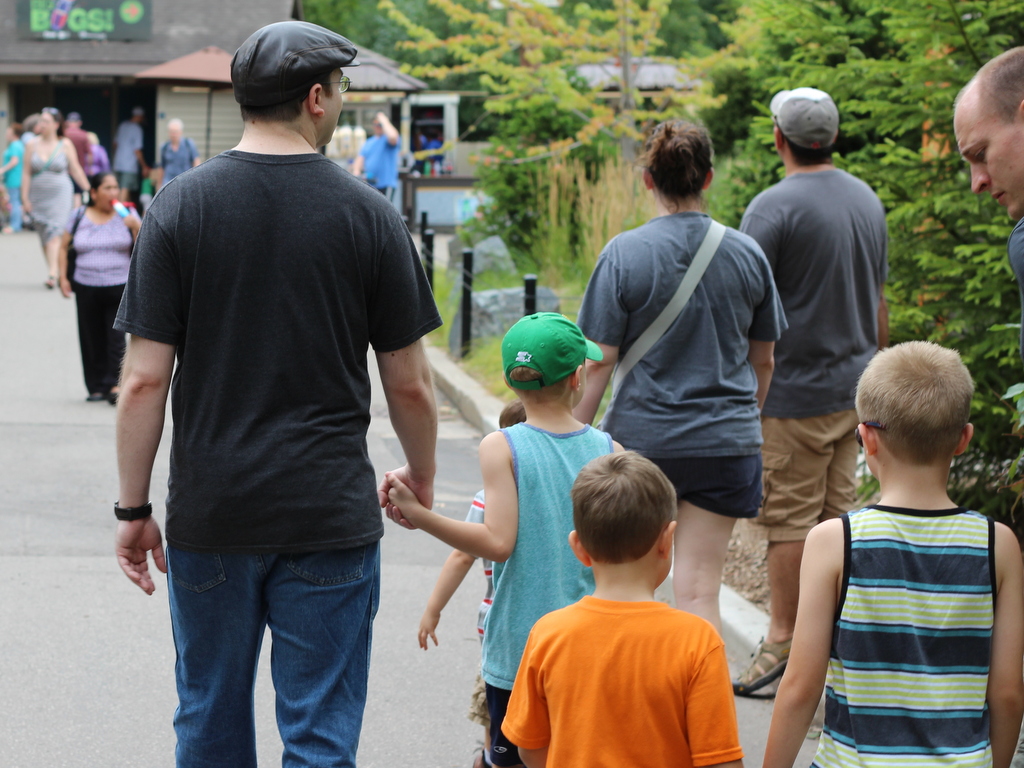 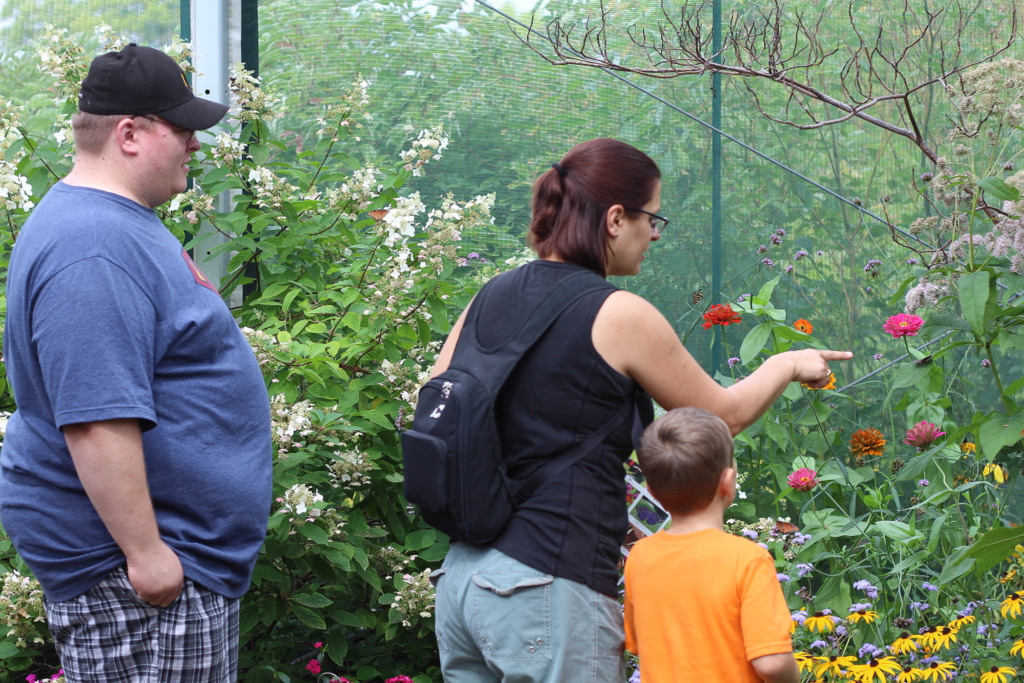 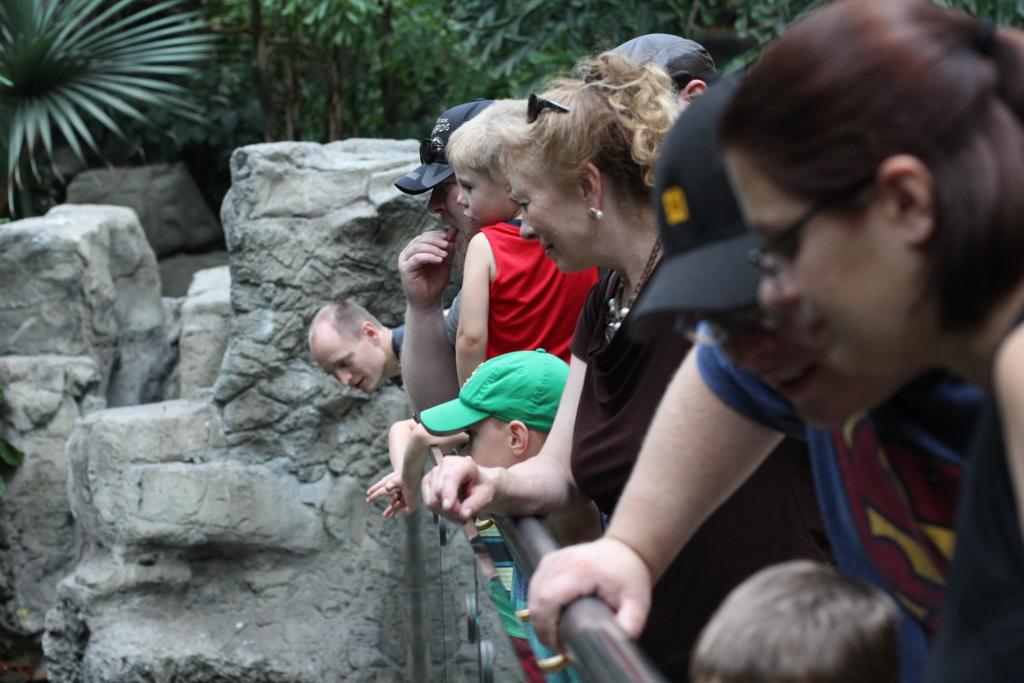 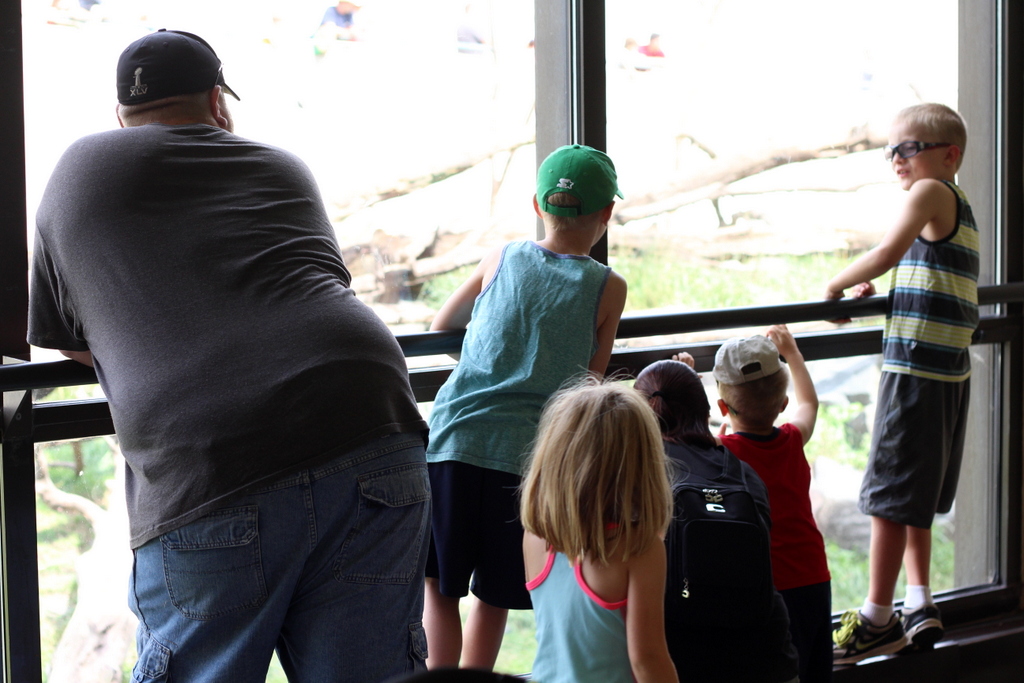 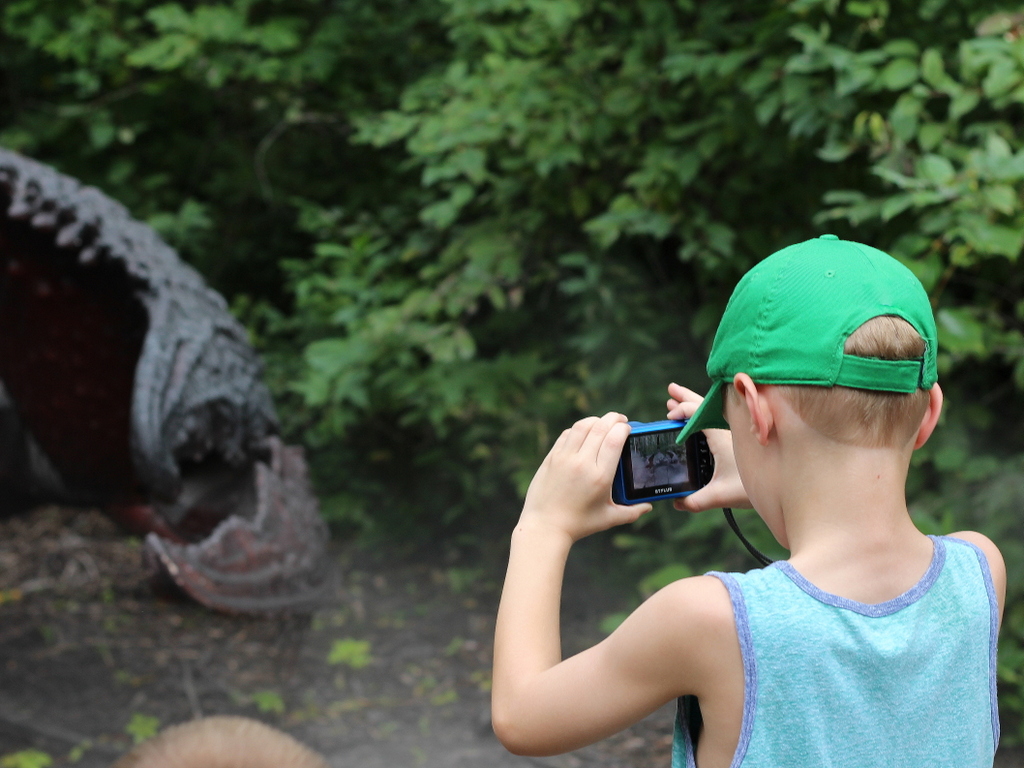 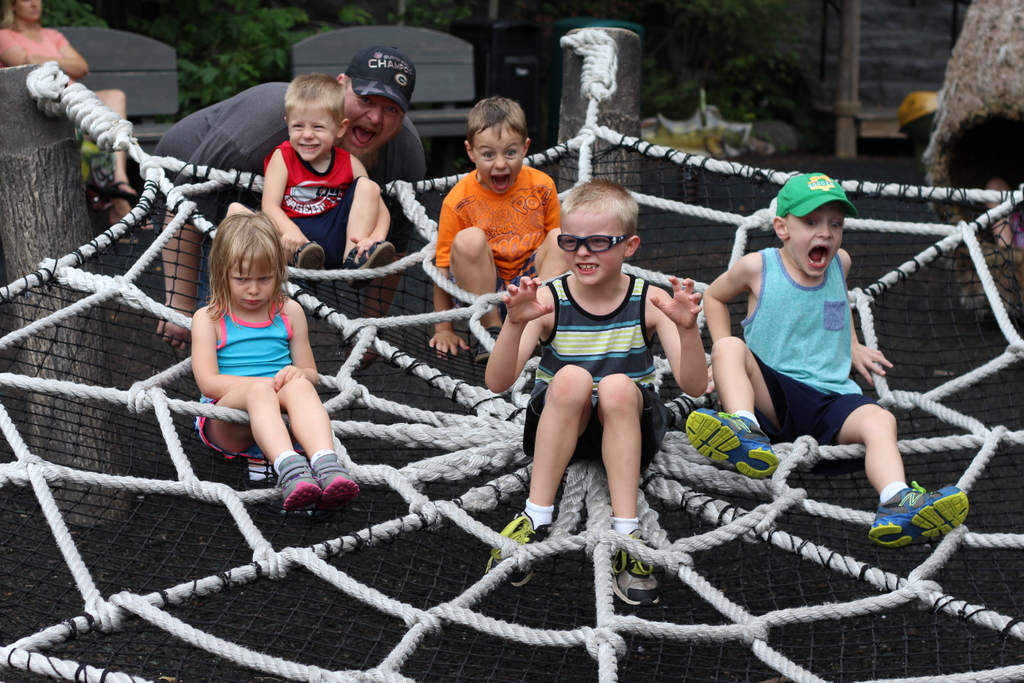 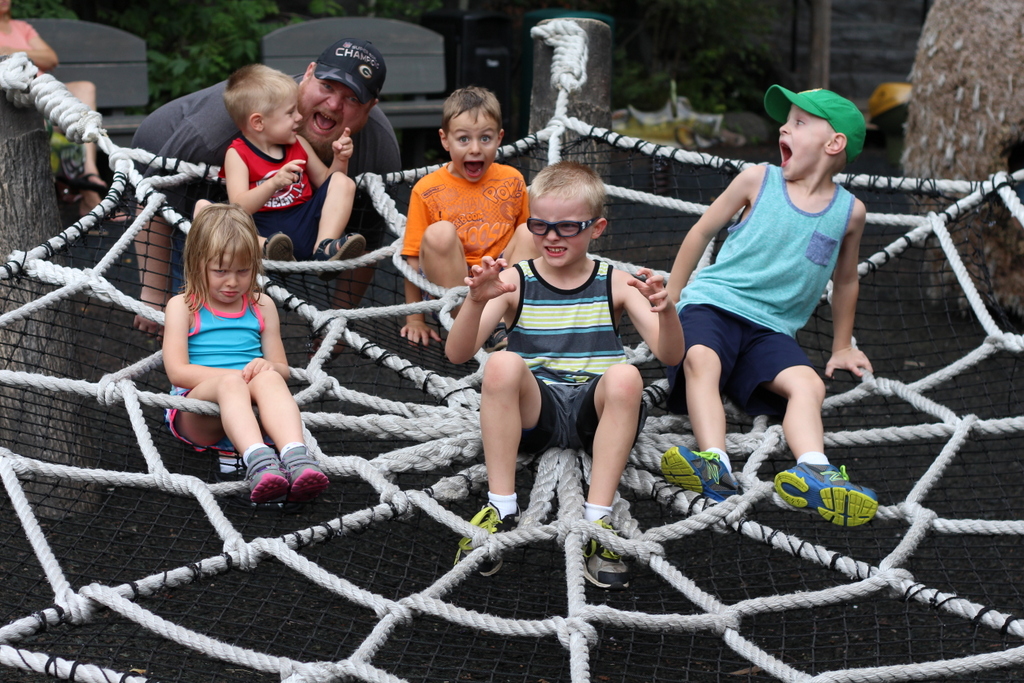 When we went to the Zoo a few weeks ago I splurged and bought a membership. I splurged because the cost for our family to go to the zoo twice in one year was only $20 cheaper than buying a household membership and since Beth is a pretty consistent “plus” to our family I upgraded our membership to a Household Plus membership for a few extra bucks so Beth can come with us for free (an individual membership was 1.5 times the cost difference between upgrading to the “plus” and Beth buying her own membership) or the kids can take turns bringing a friend. I emphasise take turns because there is no way I am willing to supervise all three kids plus a friend for each of them. No way. I can handle a lot but that would be too much.

Because we now have the membership i feel the need to take advantage of it whenever possible so this past Friday (the kids’ first day of spring break), I loaded up the kids, picked up Beth and we went to the Zoo.

My plan was to test run my 50mm lens at the Zoo to see if I could get by with just the smaller lens when we go to (SHHHhhh the kids don’t know) Disney in a week but the drywall contractor had taped up the basement in a wall of plastic and my 50mm lens was packed in my camera bag in the laundry room in the basement. And the last thing you want to do to a drywaller is mess with their plastic. They are really quite sensitive about their plastic.

So I missed out on playing with my 50mm lens but I did get to practice more with my big kit lens. 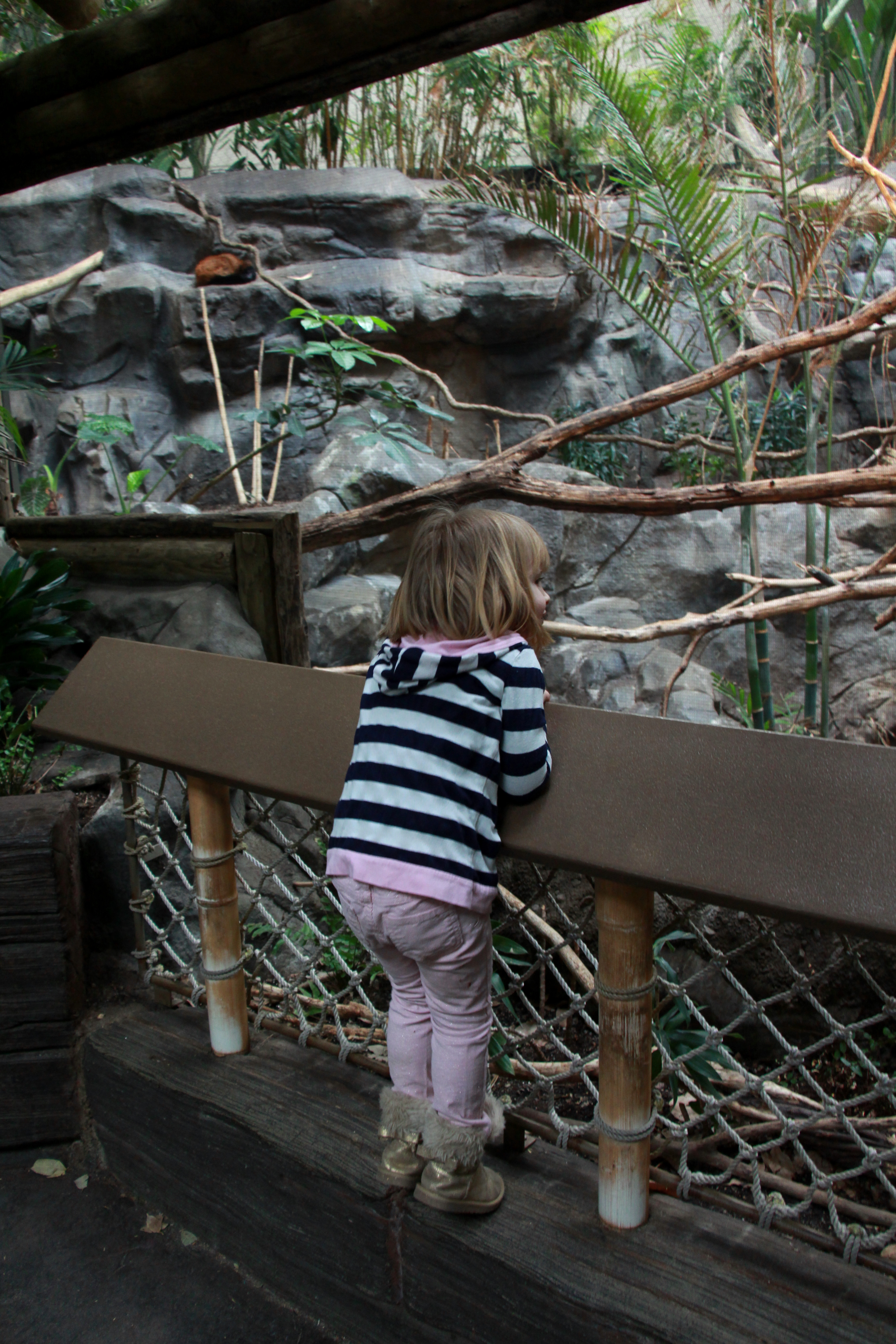 Because there is still feet (and feet and feet and feet) of snow on the ground so we skipped the outside exhibits and stayed indoors. It is still fun to walk around and there are many animals to see and places to explore but the animals tend to be of the “yucky” species. For instance, Patrick was really taken with the bat cave. 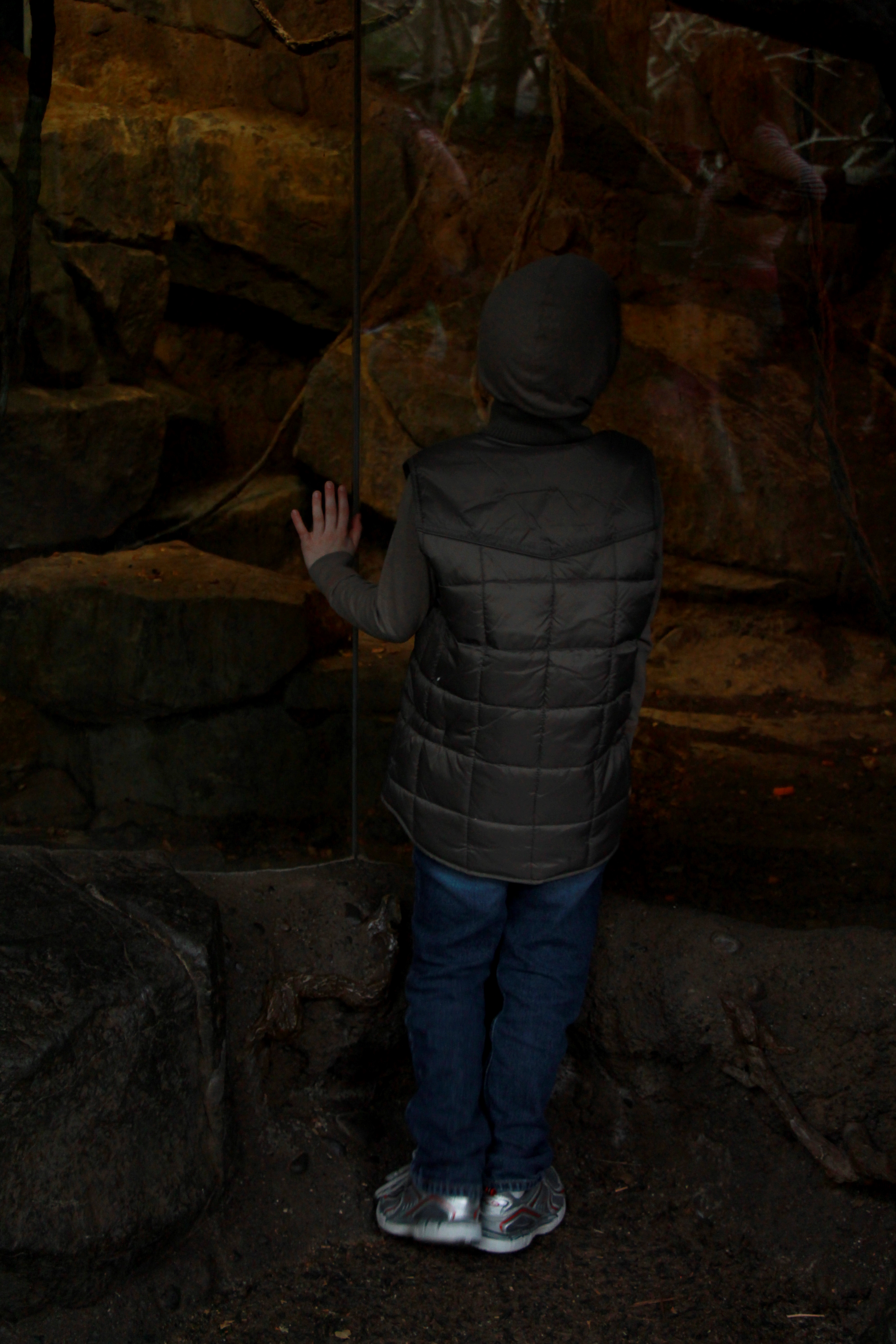 Even Elise was fascinated by the bats. You would never catch me palms flat and nose squished up against the bat cave glass…. Unless it was Christian Bale’s batcave but I digress. The bats at the MN Zoo fall into the Yuck species category in my book. 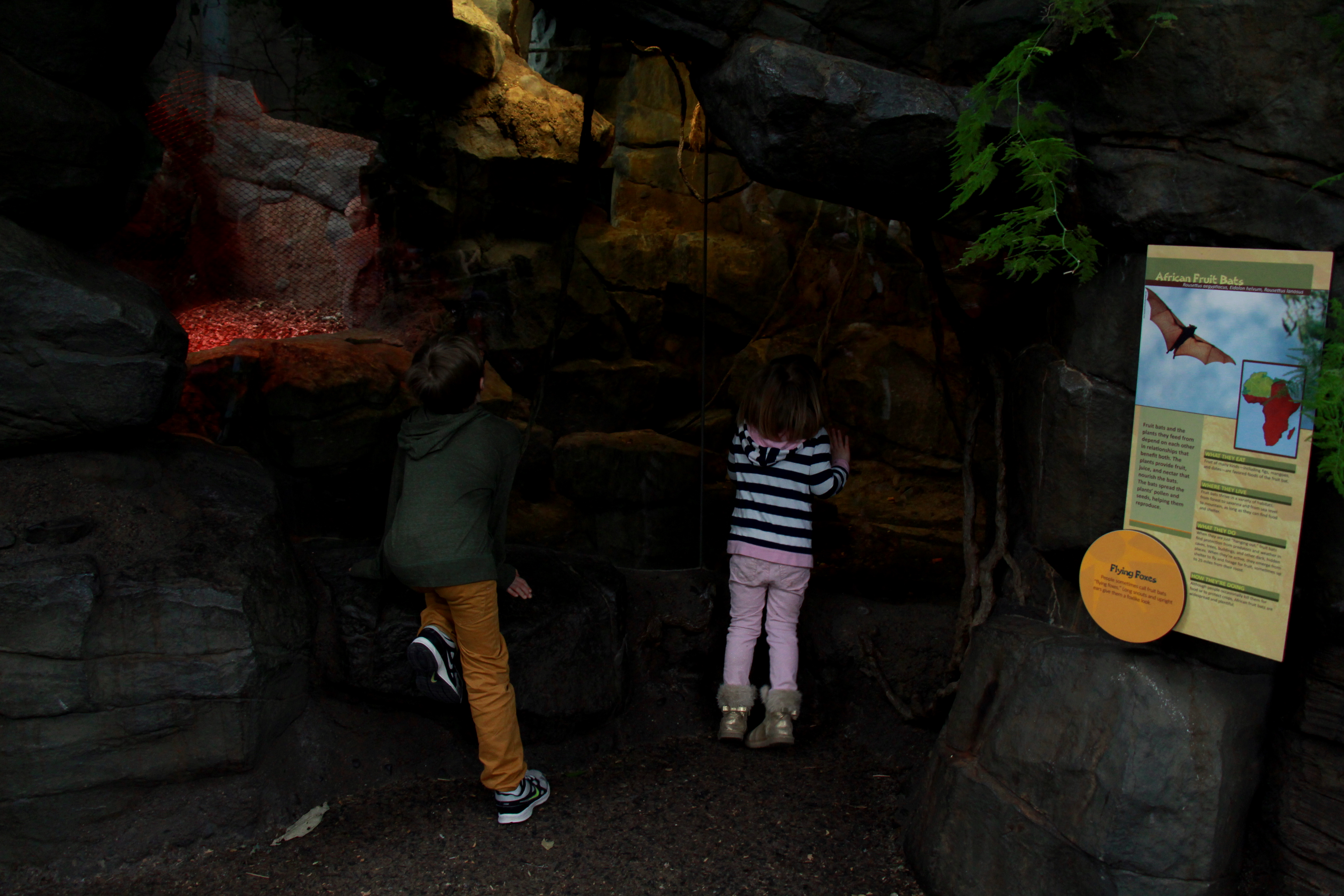 The girl really liked the alligators too. Alligators are not so much Yuck but definitely far from the- Oh I would love to cuddle that- species that I favor. 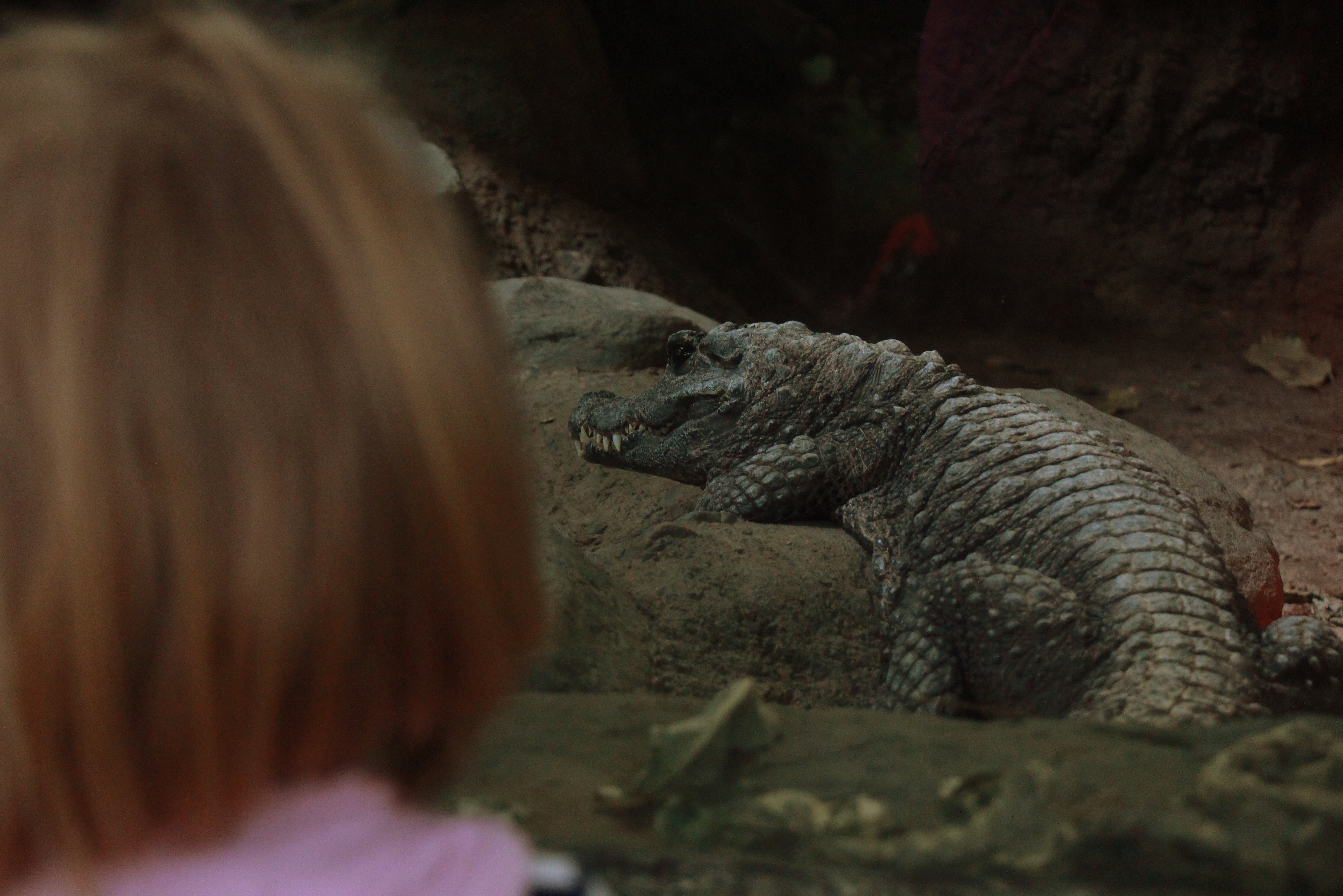 I liked the long furry tailed monkeys. I would cuddle the shit out of the hairy monkeys! 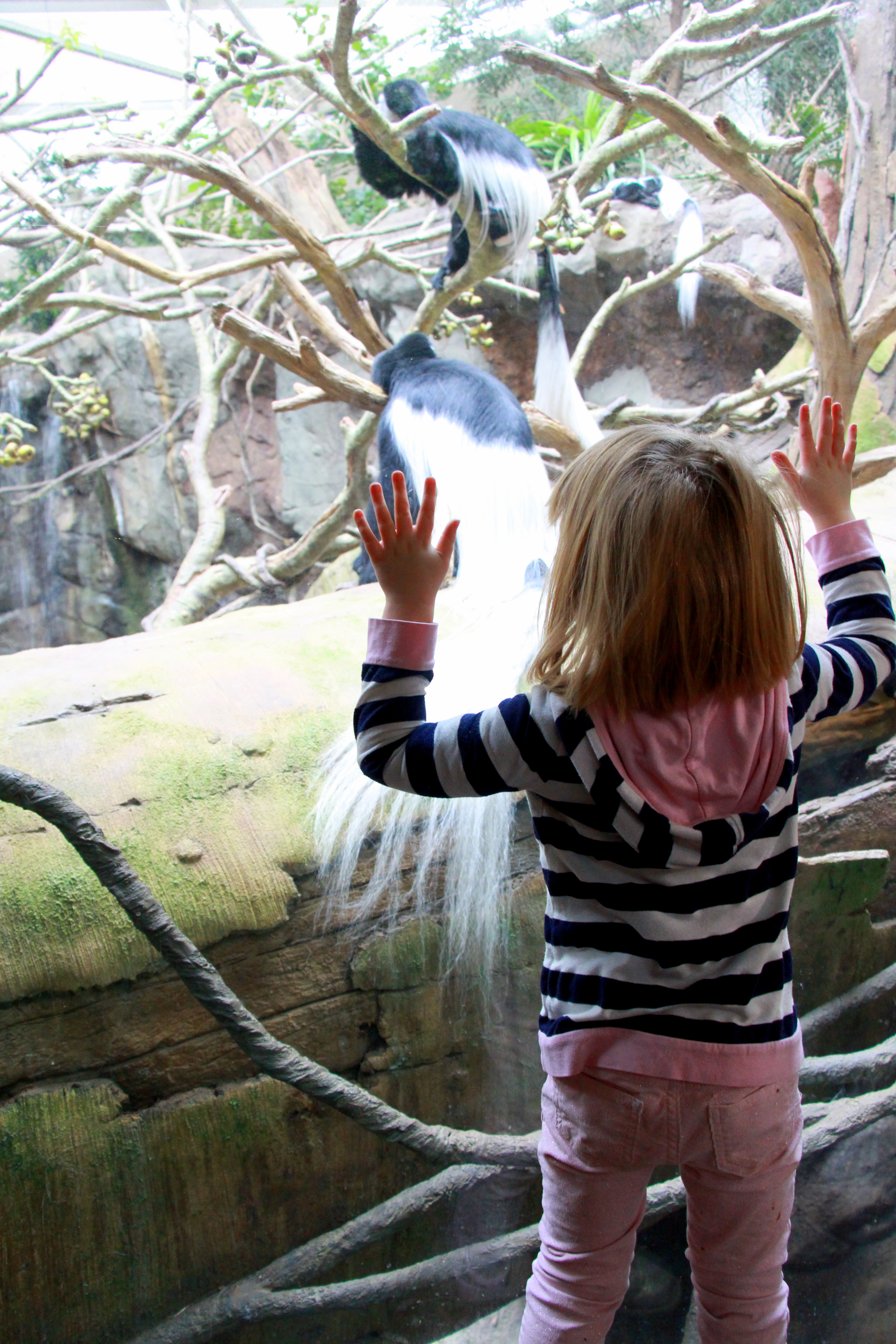 But since I am not allowed to cuddle the monkeys lets focus on my babies. My babies that have grown up so much this past year. Look at that turn out and those boots. Uffda. It will be a sad day when they are big enough to peer over the ledge without a boost. 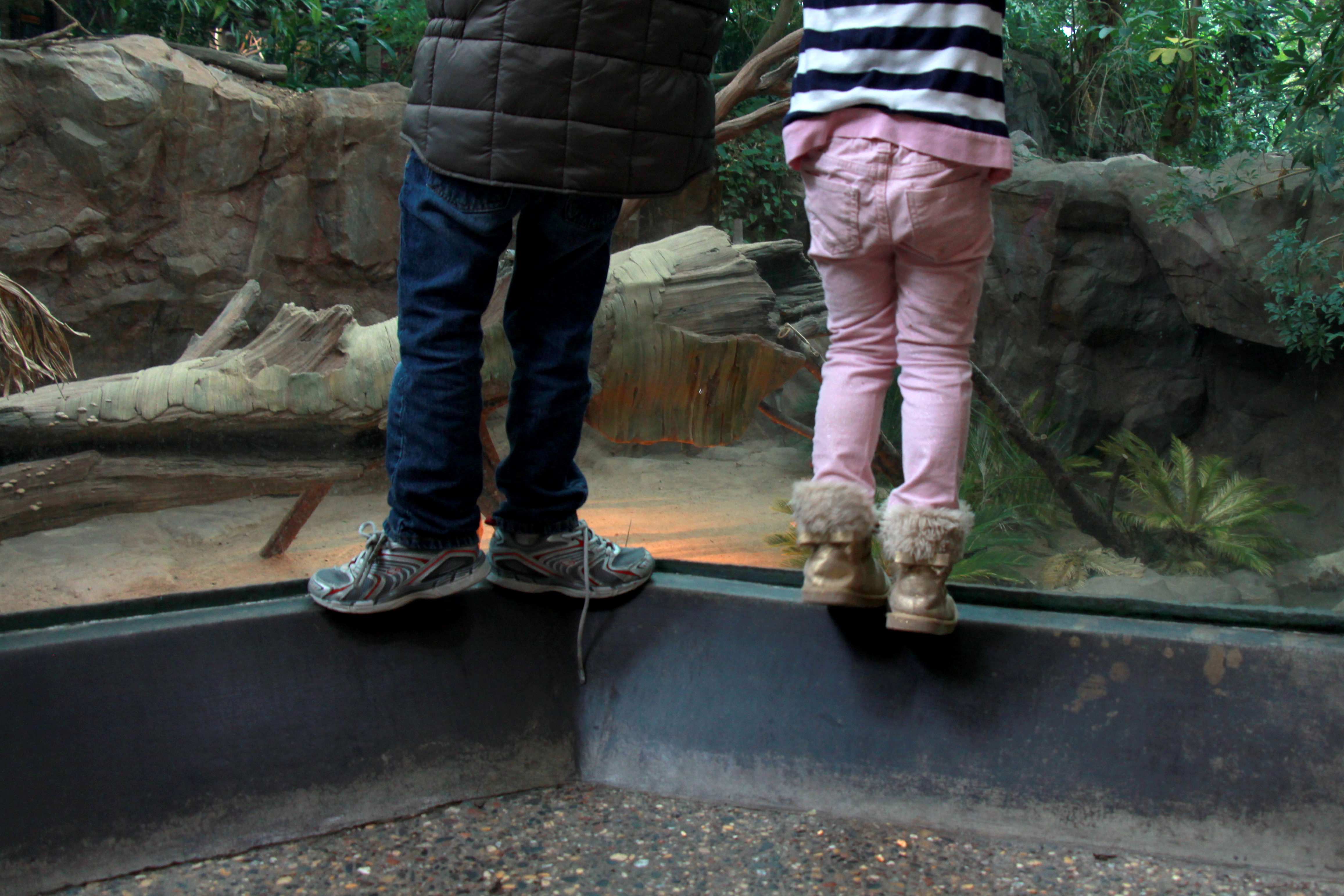 I think I may be most happy with this photo. I still feel like there is more luck than skill when it comes to my photography. I think this photo proves that either my luck or my skill is improving but whichever it is, I will take it. 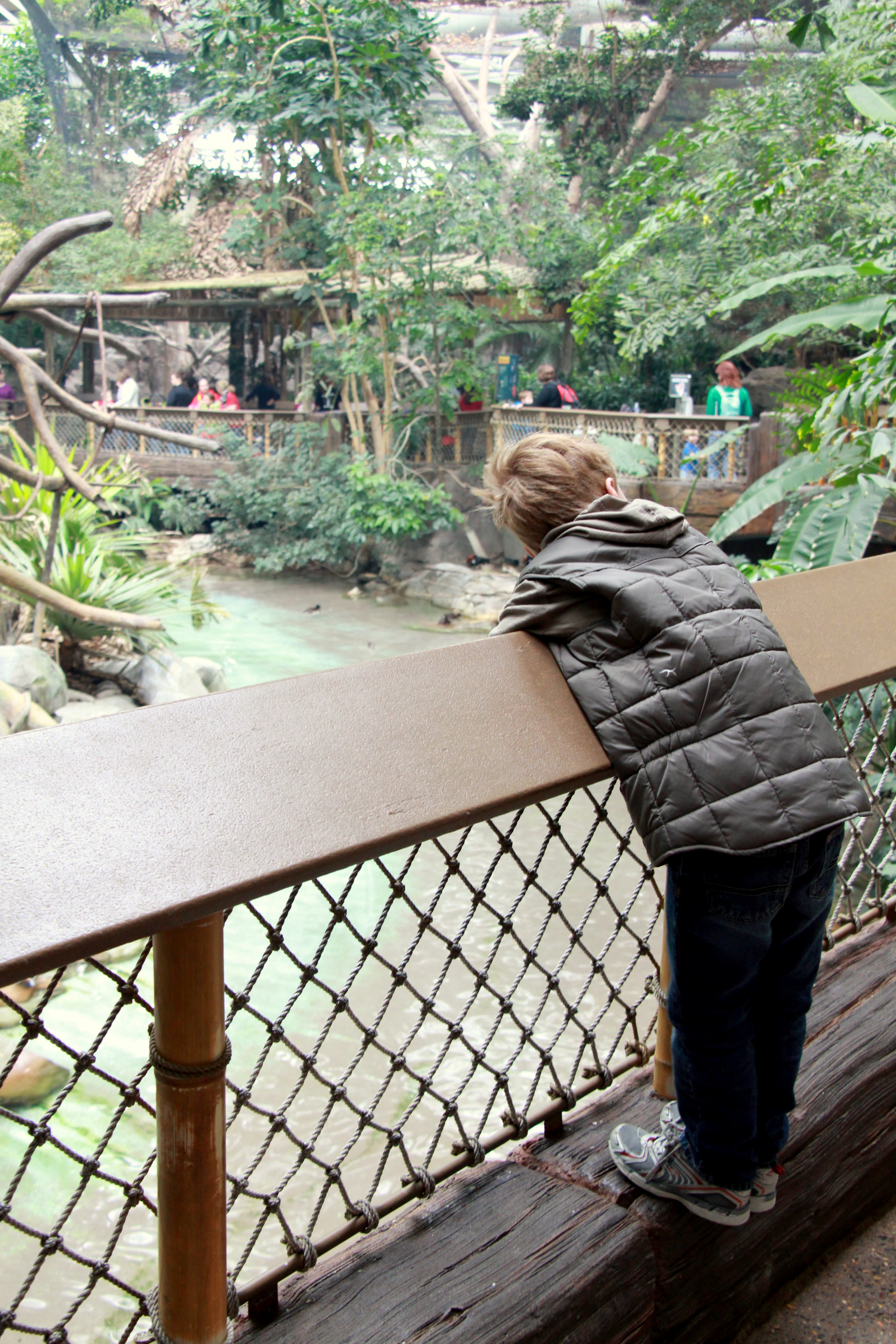 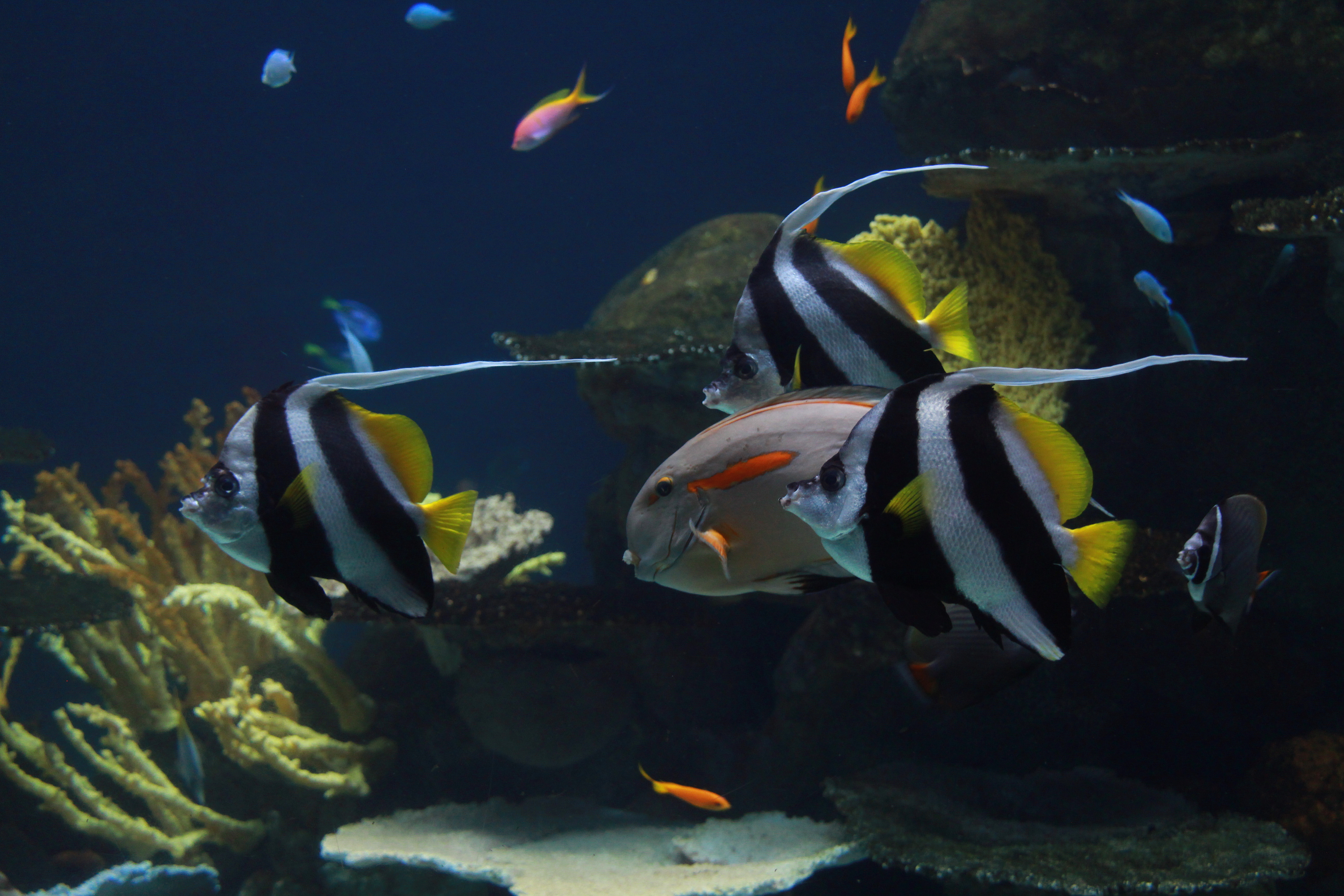 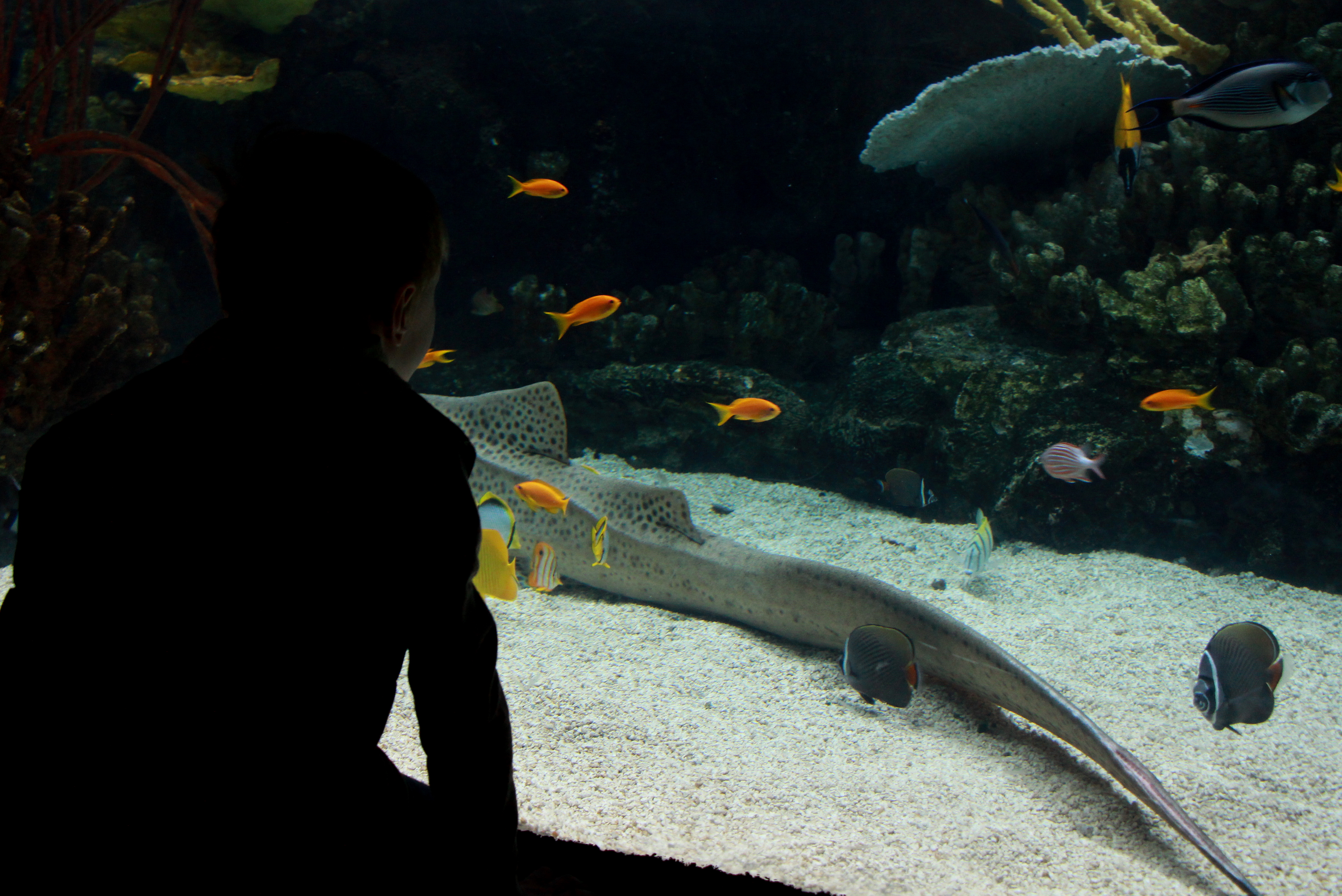 This photo cracks me up. Their silhouettes couldn’t be a better reflection of their characters. One is full on, aggressively enjoying the aquarium and the other relaxing and soaking it all in. 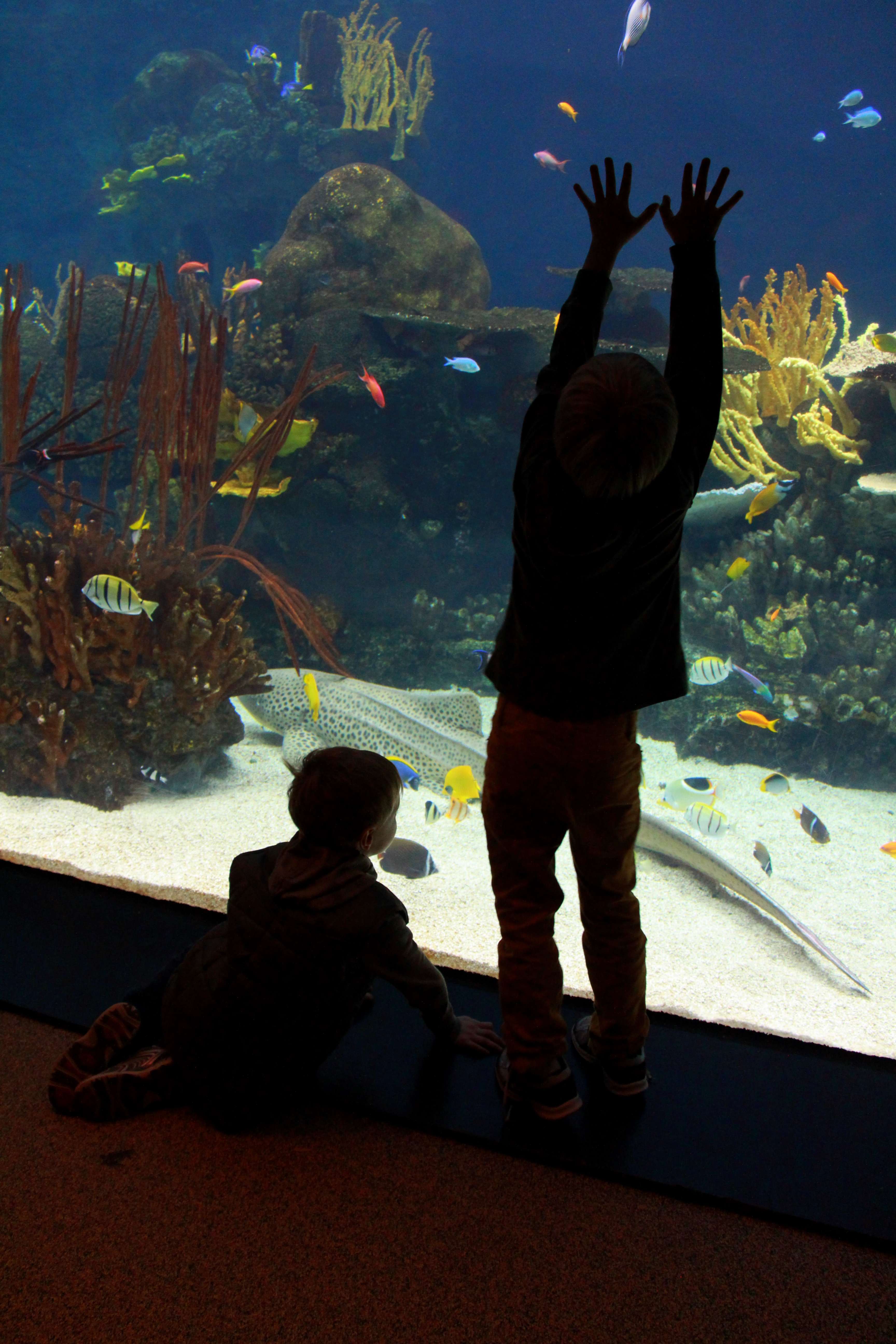 For the record (and Beth can vouch for me) I didn’t ask them to pose on this tree. Michael asked me to take a picture of  him on the tree and then asked Patrick to join him on the stump. I will admit to coercing Elise to join her brothers. 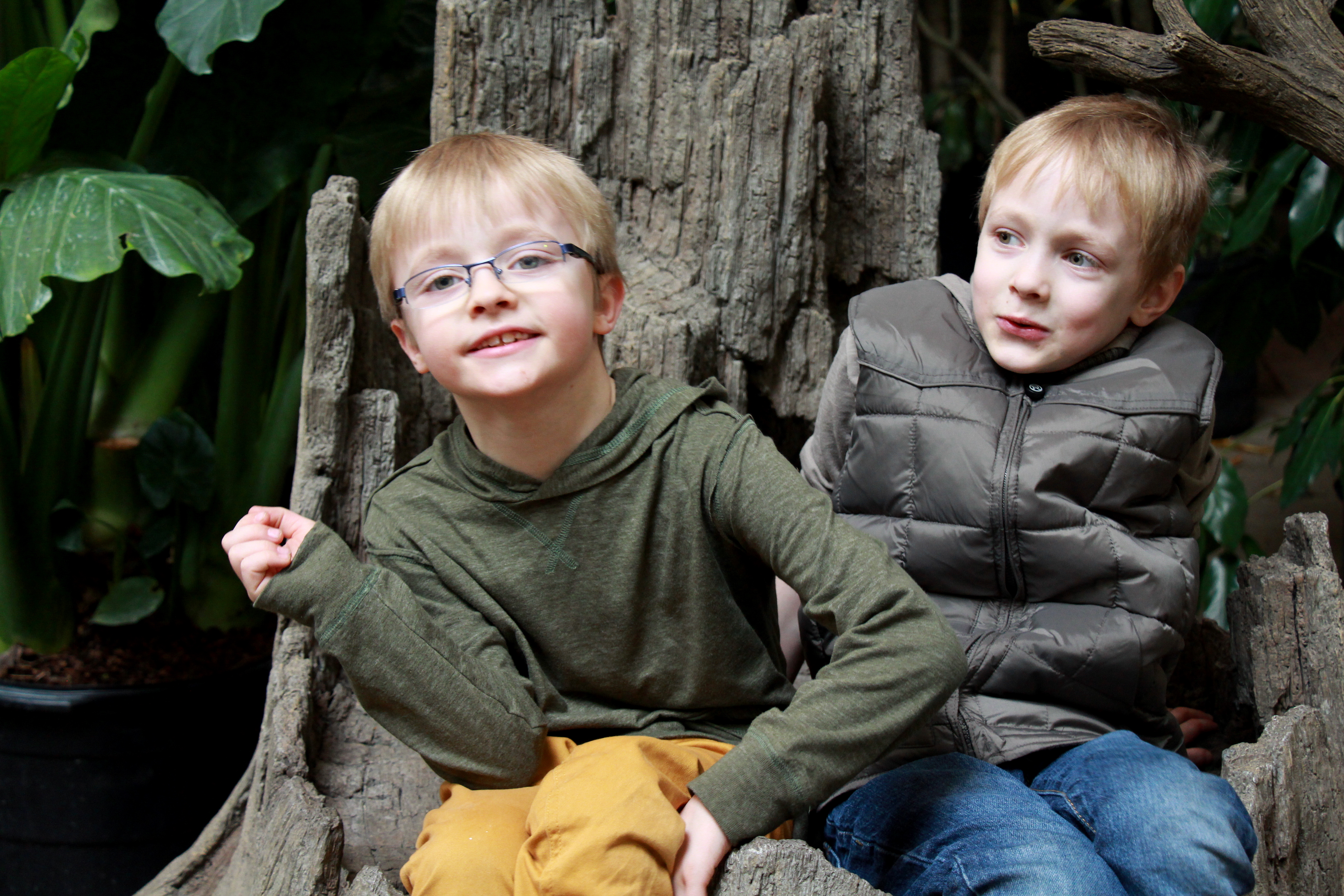 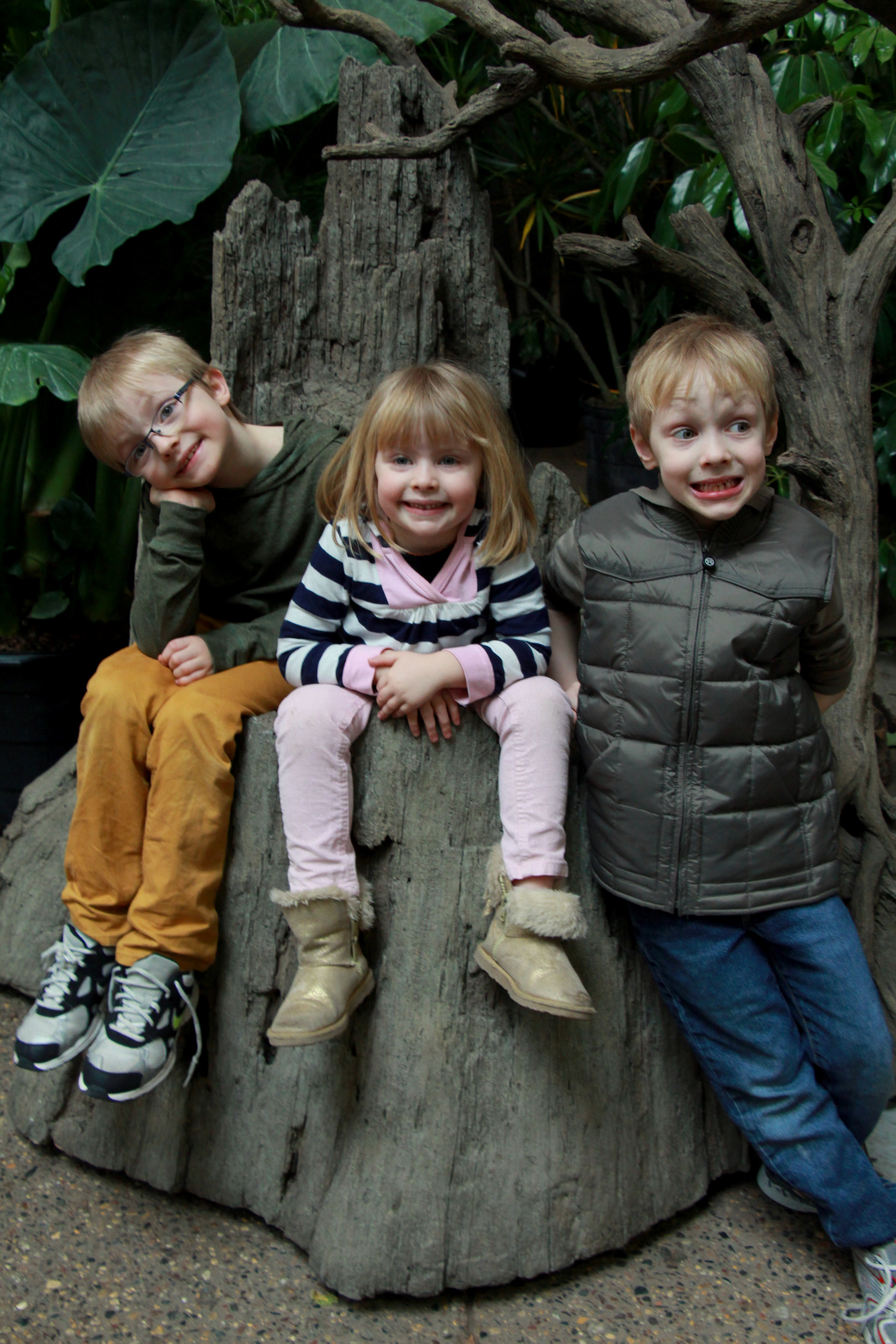 Last stop of the day was the kids petting sharks. While they risked their digits for the thrill of touching a bat ray or little shark, Beth and I frantically looking for hand sanitizer for the kids before they reached for their half melted ICEES that were waiting for them as they reached their hands into shark invested waters. Shark and bat rays- Yuck. 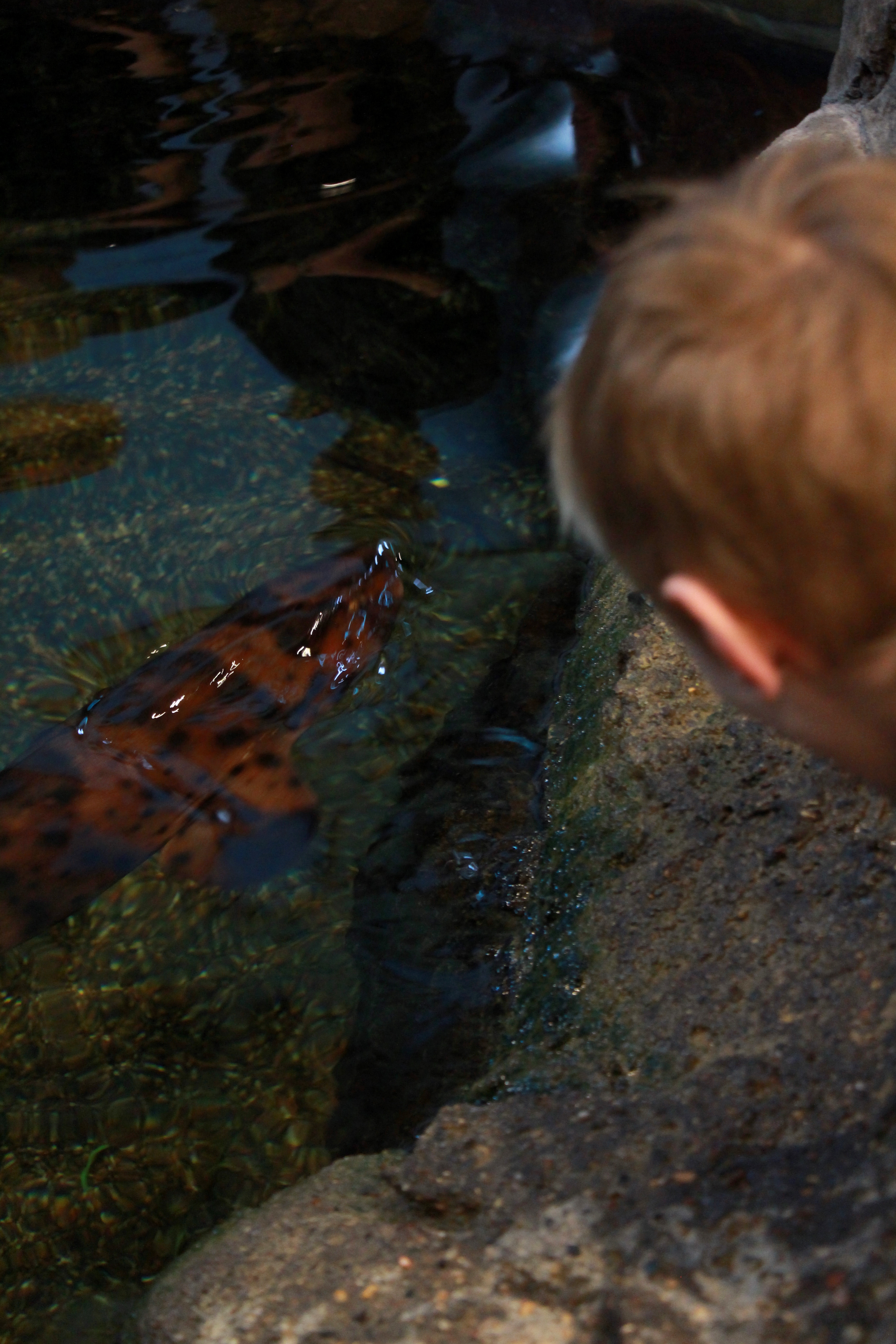 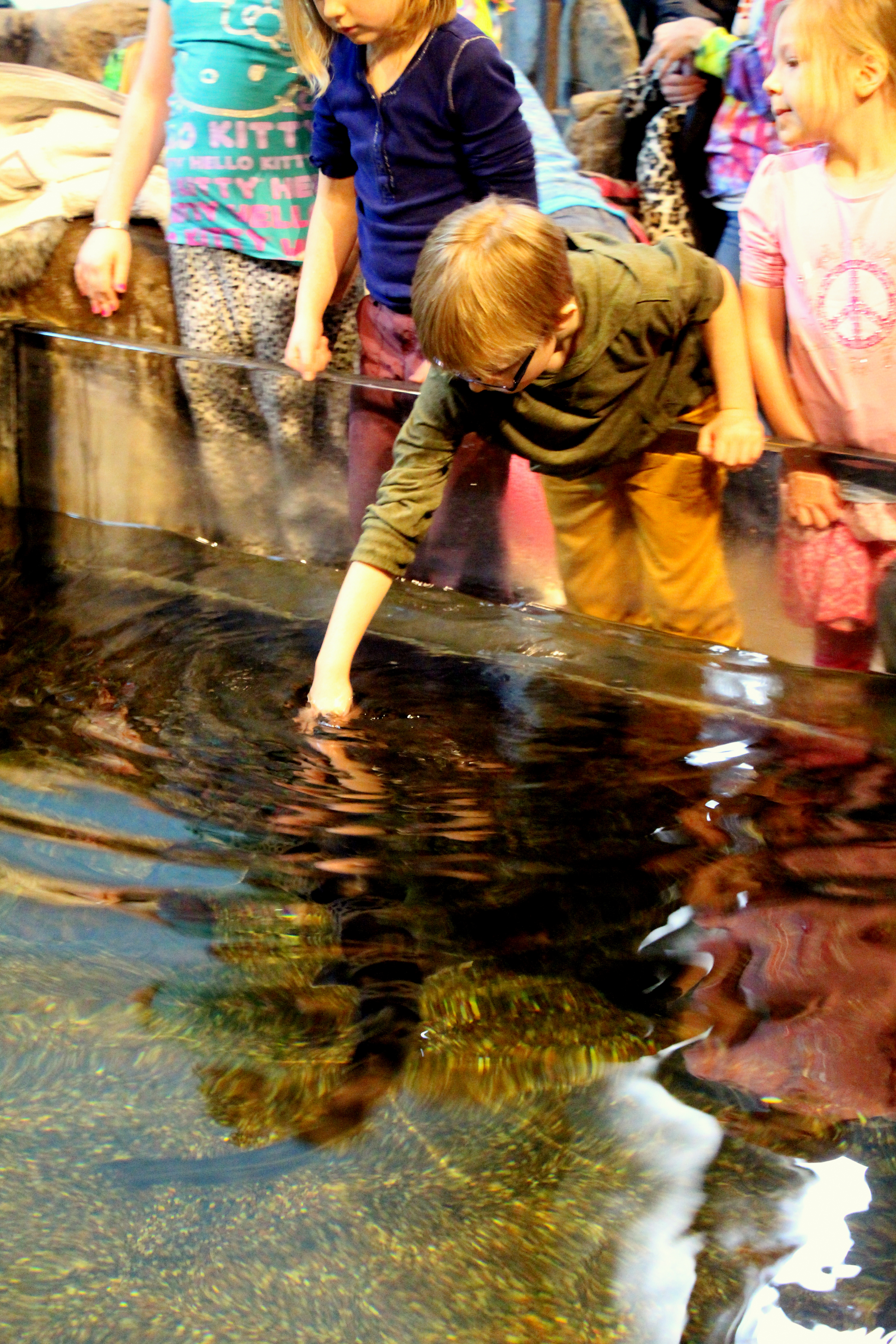 Look at the joy on Patrick’s face. The hunt for sanitizer was well worth his excitement. 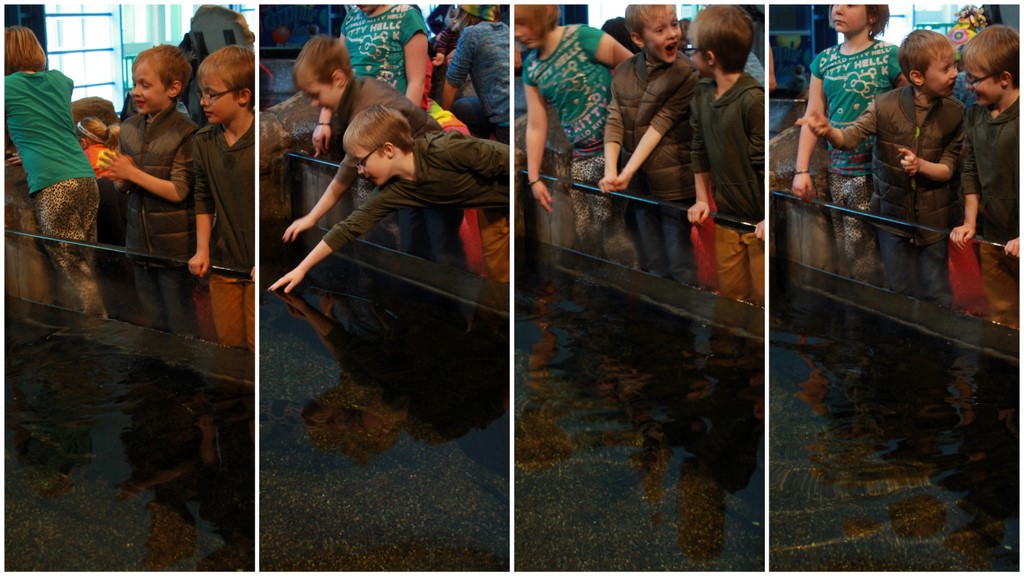 I had a check up today and everything is good with both baby and me. Nothing much we can do now except wait and wait and wait some more.Ã‚Â  Check out the middle sidebar to enter the Baby Pool.

After the check up we went straight to the Como Zoo.

The boys had a blast walking around checking out all the animals. Michael liked the lions, seals and zebras the best. PJ liked whatever Michael liked.

This should hold you over for a bit.Ã‚Â  We’re still sorting through the 1500! pictures we took over the weekend, so we’ll get those up as soon as possible, so keep checking back.